Jiang Zemin and the end of the era of openness

The late CCP bureaucrat’s liberalising reforms have made him an unlikely figure of nostalgia. 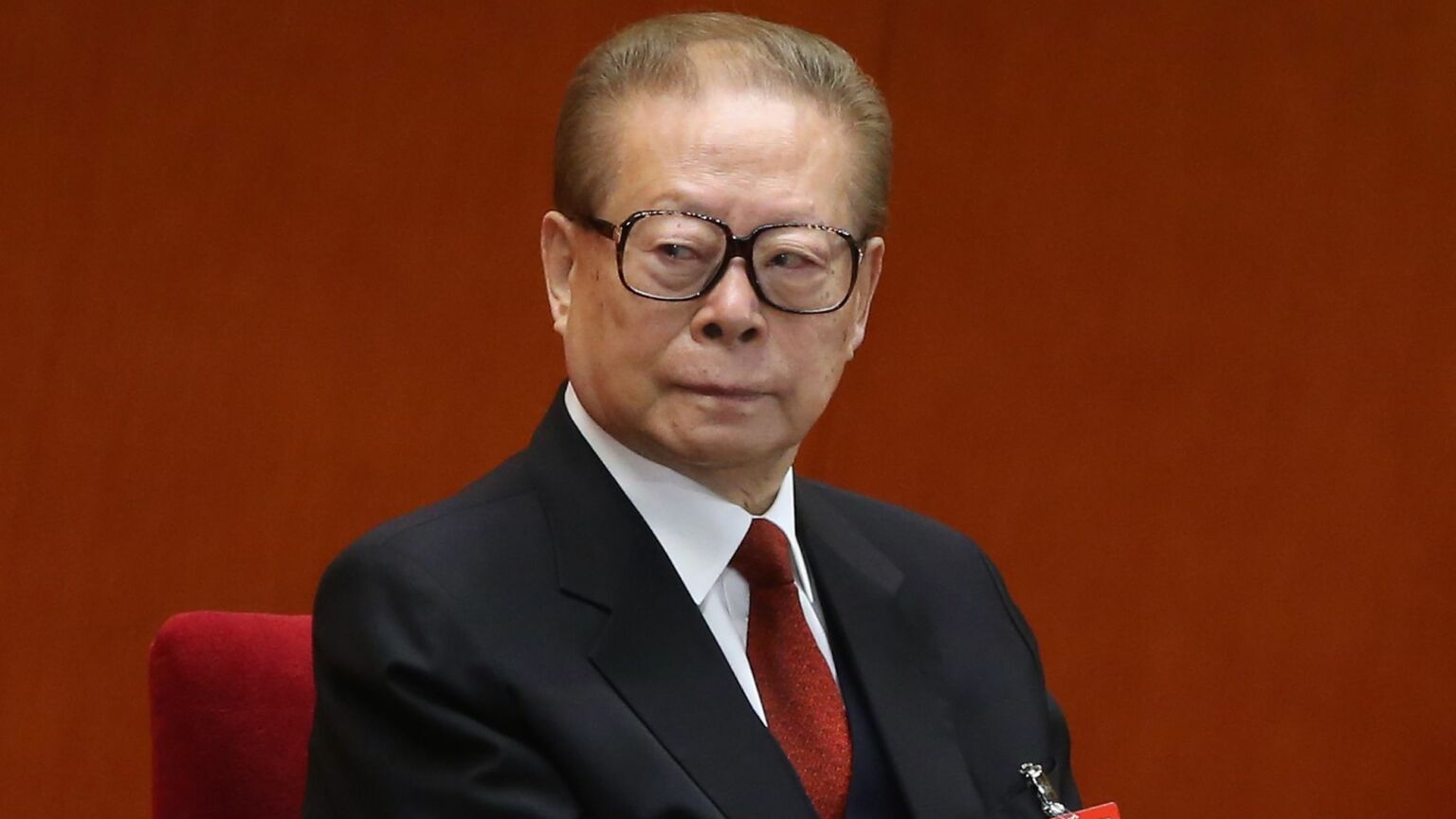 The death of former Chinese leader Jiang Zemin last month has prompted an outpouring of nostalgia, with many Chinese people looking back in fondness at Jiang’s reign over two decades ago.

Born in 1926, Jiang, an engineer by training, was not especially political in his youth. Having joined the CCP in the mid-to-late 1940s, he only really came to national prominence during the 1980s. From 1985 he was mayor of Shanghai, and from 1987 Shanghai party secretary, becoming a member of the CCP’s politburo in the process. He was party secretary at the time of the massacre of demonstrators at Beijing’s Tiananmen Square in 1989 and reportedly met protesters on hunger strike in Shanghai, making conciliatory gestures.

But Jiang’s sympathetic approach to the protesters was not all it seemed. At the same time as he seemingly extended an olive branch, he telegrammed the CCP’s Central Committee to firmly support its decision to declare martial law. Saying one thing and doing another would prove to be a trademark for Jiang.

Jiang became CCP general secretary in June 1989, less than a month after the Tiananmen Square massacre. By November, he was chairman of the Central Military Commission, too. As China’s leader, Jiang went on to consolidate capitalism in China, founding the Shanghai and Shenzhen stock exchanges in 1990, as well as increasing inward and outbound foreign direct investment. A thoroughgoing Stalinist, he was also an enthusiastic supporter of capitalism, which he referred to as ‘opening up’.

He steered the CCP through the choppy waters that attended the end of the Cold War, took control of Hong Kong and Macau, beefed up China’s military, and locked up countless members of the popular 1990s religious movement, Falun Gong. By 2001, he oversaw China’s entry into the World Trade Organisation.

Jiang’s professional, linguistic and even musical capabilities, along with his charm and gift for party manoeuvering, were considerable. In political terms, though, Jiang was a CCP bureaucrat and reactionary through and through. Ruling from 1989 to 2003, he went some way to reviving the dreadful role and rule of party ideology. And he died with a net worth of around $5million – a tidy sum in China.

So why are so many Chinese people now nostalgic for his reign? The answer is simple enough. Despite his authoritarianism, Jiang is associated by many in China with a period of liberalisation and growing prosperity. His death comes during a moment of growing economic uncertainty and, above all, the repressive measures of the three-year-long Zero Covid campaign. Indeed, as one former editor of the Study Times, newspaper of the CCP’s Central Party School, argues: ‘If [the authorities] try tightening up again, the ordinary people would really raise hell.’

In this context, Jiang’s death symbolises the passing of a more halcyon era: of rapid growth and a more relaxed attitude to everyday freedoms.

The CCP is all too aware of the tensions in Chinese society. And though the recent demonstrations against lockdowns were not especially large, the CCP’s fear of wider instability is well-founded. There are fresh drivers of discontent, too. There are fears that China’s debt-financed property bubble could lead to economic crisis. And there is scattered but growing industrial unrest.

Geopolitically, too, the situation facing Xi is much trickier than it felt in Jiang’s day. That means domestic turmoil is all the more dangerous.

The CCP’s desire and need for social stability was evident in Xi’s hour-long eulogy to ‘Comrade Jiang Zemin’, delivered on 6 December. Xi talked of how Jiang came to power by taking ‘a clear stand against the turmoil’. And amid all the usual CCP hyperbole, he repeatedly emphasised Jiang’s prestige among the military and all of China’s ‘ethnic peoples’. Indeed, in the course of his speech, Xi made no fewer than nine appeals to ‘people of all ethnic groups’, as well as seven to ‘the entire military’, reminding listeners of how Jiang upheld ‘the party’s absolute leadership over the people’s military’.

The reasons for these appeals aren’t hard to fathom. Xi wants to reassert the CCP’s power and its commitment to all of China’s ethnic groupings, especially the restive and repressed Uyghurs. After all, it can barely have escaped Xi’s notice that protesters at the recent Zero Covid demonstrations showed solidarity with the 10 Uyghurs who recently died in a towerblock blaze in Urumqi, capital of the oppressed region of Xinjiang.

Just as Jiang was in 1989, Xi is desperately aware of the importance to the CCP of ensuring social and political stability. But the domestic turmoil he now faces, not to mention the international friction with the US, cannot simply be wished away. Recalling the ‘happy’ years of Jiang Zemin will only ever offer temporary respite.