The trans cult has ushered in a new hatred of homosexuals. 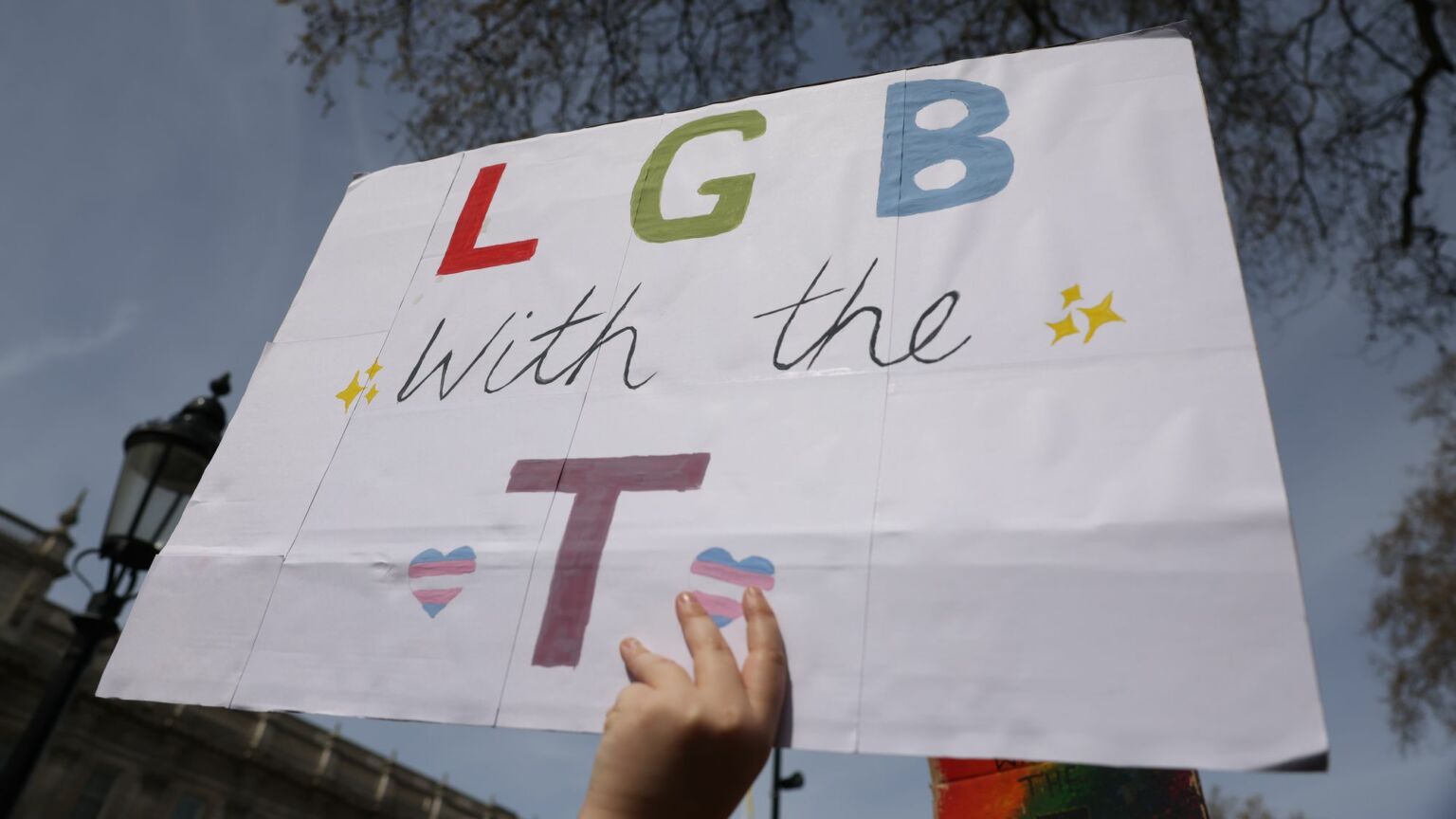 If someone had told me a few years ago that in Britain in 2022 a gay-rights organisation would be branded dangerous, hateful, parasitical and even Nazi-like, and that it would be denied public funding so that it couldn’t spread its poisonous message to the masses, I’d never have believed them. Homophobic McCarthyism in modern Britain? The ruthless censorship of homosexuals in such a gay-friendly nation as ours? No way. Won’t happen. Only it has. The LGB Alliance, the only organisation in the UK that caters exclusively to the needs of homosexual and bisexual people, has once again found itself monstered and silenced by Britain’s cultural guardians.

The Telegraph reported at the weekend that a leading figure in the Arts Council, the government body that gives out millions of pounds to art projects, denounced the LGB Alliance as ‘divisive’ and ‘anti-trans’. The LGB Alliance is sceptical of the ideology of transgenderism, which makes it ‘anti-trans’ in the simpleton morality of the new elites. In a virtual Arts Council meeting earlier this year, deputy chief exec Simon Mellor slammed the alliance and said it was a ‘mistake’ for the council to have awarded it £9,000 to make a film about gay people’s contribution to the life of the nation for the Queen’s Platinum Jubilee. Then, five days after that virtual chat, on 19 April, the grant was withdrawn. The Arts Council insists it didn’t take the decision to withhold funds – that call was made by a secondary funding body, the London Community Foundation. But it is at the very least striking, and more than a tad concerning, that a gay-rights organisation was deprived of Arts Council money shortly after an Arts Council higher-up denounced it as transphobic.

It gets worse. Unofficially, Arts Council employees took to the internet to rage against the LGB Alliance in the most extraordinary and intolerant fashion. Arts Council staff circulated a petition against the funding of the alliance, with one employee describing it as a ‘cultural parasite and a glorified hate group’ whose supporters are ‘neo-Nazis, homophobes and Islamophobes’. Another said the alliance is a ‘hate group’, not unlike the KKK. Formally, the Arts Council may not have issued the edict saying ‘take away the alliance’s money’, but it cannot shirk its part in whipping up hysteria about the alliance, in contributing to the chattering classes’ feverish view of this organisation as a nest of fascists masquerading as gay liberationists. For Arts Council leaders and staff to put about bile about the LGB Alliance and then say ‘It wasn’t us’ when the alliance lost Arts Council money is a bit much.

This isn’t the first time the LGB Alliance has been viciously rounded on by the correct-think set. Since its founding in 2019 it has been the target of a ceaseless smear campaign. Barely a week passes without a Twittermob emerging to denounce the alliance as hateful, disgusting, creepy and, worst of all, old. Nothing seems to offend the neo-Maoists of the over-educated ‘queer’ set more than the sight of people over 50 talking about their rights. Woke mobs have lobbied for lottery funding to be withheld from these pesky homosexuals and even for the alliance’s charitable status to be relinquished. The trans youth charity Mermaids even took the alliance to court to challenge its status as a charity. That has backfired spectacularly and – forgive me – hilariously: Mermaids itself has now been made the subject of a statutory inquiry by the Charity Commission after ‘concerns’ were raised about its governance. People in glass houses, right?

We should all be concerned about the Arts Council’s behaviour. Even if we accept that the council wasn’t responsible for the decision to defund the LGB Alliance, it’s still the case that its employees made highly politicised and even quite spiteful judgements about the alliance. For council employees to brand the alliance as parasites and Nazis and similar to the KKK is not only nasty and false – it also calls into question the political neutrality of the council, its ability to award arts funding in a cool, impartial manner. Is it only groups that win the approval of the politically correct that get funding from the Arts Council? There’s an undeniable vibe of McCarthyism to this. It seems you can find yourself frozen out of the arts world if your views offend the elites. ‘Blacklisting’, they used to call it, back when censors were more honest.

I’m sure the impassioned castigators of the LGB Alliance think of themselves as progressive and pure. All we’re doing is standing up for trans people, they no doubt tell themselves. But sadly for them, some of us are old enough to remember when it was the reactionaries of the religious right that hounded homosexual organisations in this way. When it was sections of the tabloid press that would brand homosexuals as parasites and perverts, likely to corrupt the morals of the nation and the innocence of the young. And I’m afraid we see unmistakable echoes of all that in your relentless demonisation of the LGB Alliance as a social menace whose ideas should be sidelined, whose art should be censored, and whose very right to exist should be extinguished. You call it trans activism, we call it neo-homophobia.

The LGB Alliance’s thoughtcrime is well known. It believes that the cult of transgenderism has nothing in common with same-sex attraction, and in fact poses a threat to the rights of the same-sex attracted. Writing off such concerns as ‘transophobia’ is infantile and foolish. Not least because they are correct. The trans idea, in its current manifestation, has ushered in a world where lesbians find themselves branded ‘genital fetishists’ if they refuse to sleep with transwomen (ie, men). Where young people who would very likely grow up to be homosexual are put on a conveyor belt of hormonal treatment and even bodily mutilation to turn them into their ‘real’ gender. Where young lesbians are having utterly unnecessary mastectomies. Where young gay men are being subjected to the kind of medical interventions that were once horribly foisted on people like Alan Turing.

For the crime of his homosexual desires, Turing was made to undergo hormonal correction that feminised his body, rendered him impotent and gave him breasts. Sound familiar? We once viewed such violent meddling in the lives and bodies of gay men as an abomination. Now we call it ‘trans’ and cheer it to the rafters. We put Turing on the £50 note as an apology for what we did to him, even as we do the same thing to 18-year-old lads who, just a few years ago, in the pre-trans era, would have grown up to be normal, happy gay men.

The LGB Alliance is absolutely right to talk about these things. We are witnessing the re-pathologisation of homosexuality. A return to the pre-gay-liberation view of same-sex attraction as a disorder to be treated and potentially corrected. A rehabilitation of the backward view of homosexuals as perverts (‘genital fetishists’) and parasites. And a return of the censorious belief that homosexual ‘propaganda’ must be defunded and deplatformed, lest it warp the minds of the young and offend the sensibilities of the elite. Neo-homophobia must be confronted. Shame on the woke lynch mob that is trying to crush the one organisation that is committed to doing precisely that.