White Van Man and School-Run Mum are paying a heavy price for the mayor’s eco-posturing. 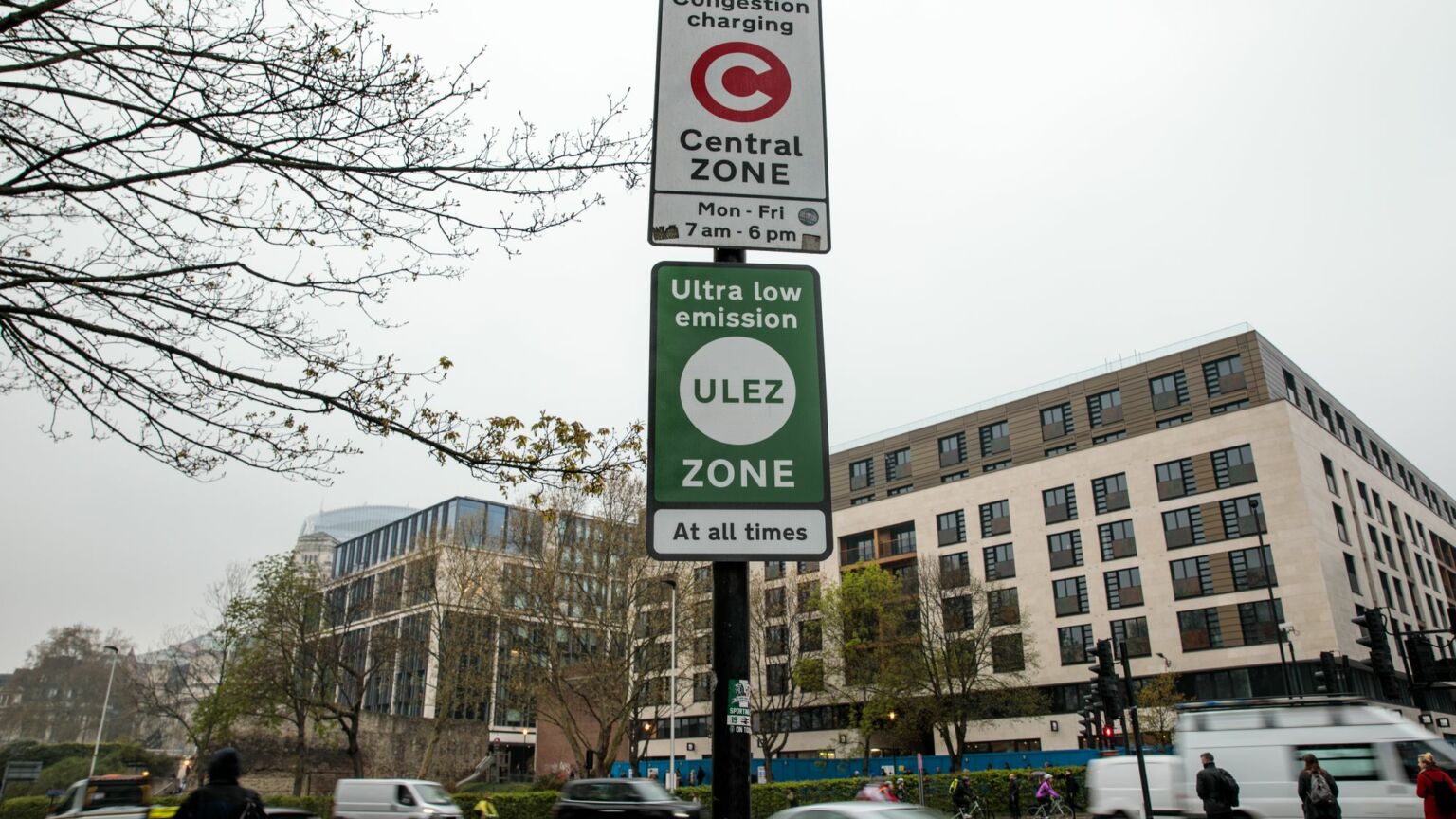 The M25 will soon mark the boundary of a new empire of clean air in London. Next year, the Ultra-Low Emissions Zone (ULEZ) will be expanded from inner to outer London. This means that older vehicles will incur a costly £12.50 daily charge for anyone driving across London’s suburbs. The aim is to push Londoners to scrap their polluting cars and either replace them with more modern alternatives or stop driving altogether.

London mayor Sadiq Khan claims the expansion of the ULEZ will reduce emissions of nitrogen-oxides (NOx) by around 10 per cent and will reduce particulates (PM2.5) by over 15 per cent. This, Khan claims, will lead to 300,000 fewer new incidences of asthma and other conditions sensitive to pollutants by 2050. In turn, this will supposedly help avoid pollution-related deaths, claimed to be at 4,000 a year in London, and 28,000-36,000 across the UK.

These statistics are widely disputed. Research following the introduction of the inner-London ULEZ last year found only minor improvements in air quality. Nevertheless, Khan’s air-quality campaign seems to have captured the public mood, particularly as it has been illustrated through cases like that of nine-year-old Ella Adoo-Kissi-Debrah. Her death from asthma in 2013 was the first in the UK to have air pollution listed as a cause. Green peer Jenny Jones is currently leading efforts to establish an ‘Ella’s Law’, which would enshrine ‘the right to clean air’ as a human right and commit the government to achieve ‘clean air’ in five years, though it is not exactly clear how this would be achieved.

To oppose the ULEZ and similar schemes is not to oppose clean air, of course. It is to recognise that our air can and will get cleaner, even without an exorbitant daily congestion charge. Out of the more than 40million motor vehicles currently on Britain’s roads, some two million (between four and five per cent) are scrapped each year. Newer cars, whether petrol, diesel, electric or hybrid, are invariably less polluting. The vehicles being targeted by the ULEZ were typically made before 2008. Many of these will come off the road soon anyway, even without any policy intervention. Emissions will fall faster still in the next 20 years, when electric vehicles and hybrids are expected to displace internal-combustion engines at an even faster pace than now.

In truth, the ULEZ is less about saving Londoners’ lungs than it is about raising revenue for Transport for London (TfL). And it is raising that money from those least able to afford it.

TfL is in a hole. Thanks to a huge fall in passenger numbers since the pandemic, TfL’s income is still well below that required to cover operating costs. Its income in 2019-20 was £5.8 billion, which fell to £2.4 billion in 2020-21. It has recovered to only £4.3 billion in the latest figures. Expenditure, meanwhile, has been £7 billion to £8 billion throughout this period. And while TfL has always needed an annual grant from central government for capital investment and to cover its deficit, this has had to rise by over £1 billion since the pandemic. This increase in grant funding has come with strings attached – including a demand to seek new sources of revenue.

This is what the ULEZ is really trying to deliver. While the old Congestion Charge scheme brought in £77 million in its final year, the ULEZ, which replaced it, brought in £226 million in the first year of 2019-20. Expanding the scheme to outer London will raise even more.

A large proportion of this revenue comes not just from daily fees, but also from penalty-charge notices. Fines impact some seven to 10 per cent of all journeys made by non-compliant vehicles within the ULEZ – costing drivers £160 per fine (or £80 if paid early). It should be no surprise that such a complex scheme regularly catches people out.

Worst of all, those most impacted by the ULEZ are those least able to pay the fines or to change their vehicles quickly. It is the working poor and small-business owners who suffer most. As the AA put it in 2021, the ULEZ is simply ‘pricing poorer people off the road’.

For those who can’t afford a brand new electric vehicle, the ULEZ actually creates some perverse incentives. Many Londoners are likely holding off changing their cars as they wait for prices of electric vehicles to fall. They fear that if they swap their old petrol car for a newer one, even if it is a ULEZ-compliant model, it will be subject to further persecution and taxes in years to come.

The mayor isn’t entirely blind to this problem. An expanded and targeted scrappage scheme costing up to £110million will be aimed at those on benefits and with disabilities. The scheme includes grants for retrofitting minibuses and for allowing families to swap their car for a smaller grant, along with two years of free bus travel. But targeted schemes are invariably complex and can end up excluding even those who are hard up. If you’re poor but not poor enough, tough luck.

Predictably, the ULEZ is also being sold as a means for tackling climate change. Just picture a family in 2024, now required to use three buses rather than their old banger, as they sit with bawling children in gridlocked traffic. Do you think they will be relieved to learn their forced sacrifice will make an undetectable difference to global temperatures?

Meanwhile, no matter how much pain this tax manages to cause to White Van Man and School-Run Mum, the revenues raised still won’t touch the sides of TfL’s deficit. No matter what happens, the mayor will soon have to raise fares and reduce services on public transport. Making poorer drivers pay for poor transport services ought to be a scandal.

London’s politicians say we need the ULEZ for the good of the environment and our health. But nothing damages either of these things as much as poverty.