Brussels is using its financial muscle to subvert Hungarian democracy. 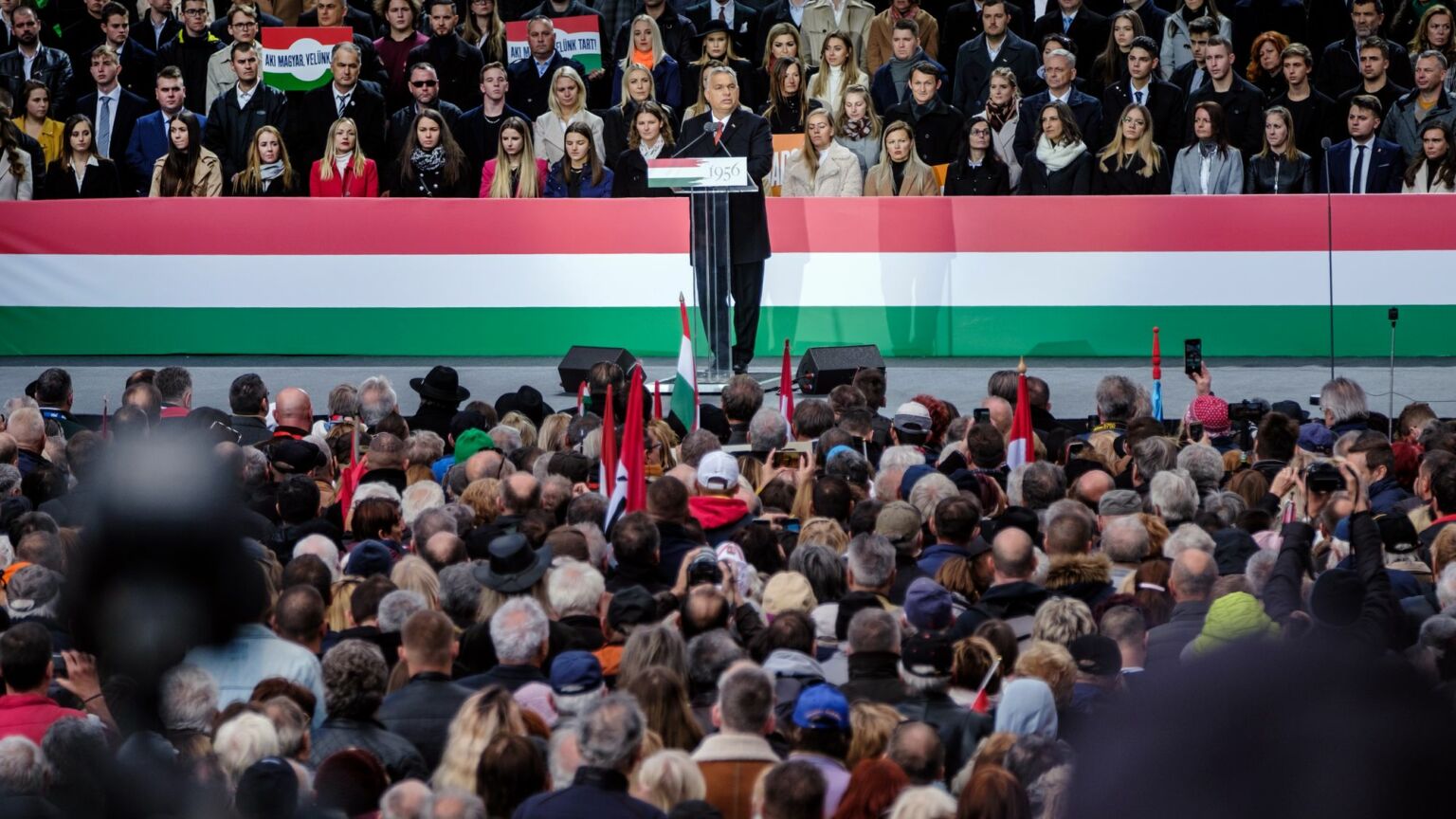 The European Commission is using economic blackmail against the Hungarian government. Last week, the Commission recommended that €7.5 billion of EU funds should be withheld. The EU claims it is concerned about the rule of law in Hungary.

Back in the summer, following negotiations with Brussels, the Hungarian government agreed to implement 17 rule-of-law reforms by 19 November. Now the Commission has decided that Hungary has not met these targets. And to make sure that Hungary is taught a lesson, the EU has raised the stakes and invented further conditions. Hungary must now reach 27 ‘super milestones’ before it can secure the funds. Executive vice-president commissioner Valdis Dombrovskis warned that ‘the essential milestones must all be met in full before Hungary can submit its payment request’. He added that ‘in short, no funds will flow until the essential milestones are properly implemented’.

The escalation of the EU’s demands from 17 remedial measures to 27 ‘super milestones’ shows that the Commission is prepared to make up the rules as it goes along. One wonders how many new milestones it will dream up in the weeks ahead.

It is clear that the principal motivation behind the EU’s demands is not a concern for the rule of law. Rather, it is to gain influence over the political and judicial institutions of Hungary. Essentially, the EU wants to limit the power of Hungary’s democratically elected government.

This impulse to interfere in Hungarian domestic affairs was made all too clear at a meeting of the European Parliament on 24 November. A resolution was passed that didn’t only condemn the Hungarian government, but also called for restrictions on the government’s power to decide how it can use funds from the EU.

This resolution unapologetically called on the EU to bypass the Hungarian government entirely and to disburse funds instead to EU-sympathetic allies within Hungary, via local government and non-governmental organisations (NGOs). In other words, the European Parliament wants to use EU money to encourage the establishment of parallel state institutions in Hungary.

In recent decades, the EU oligarchy has promoted many of its policies through close collaboration with NGOs. These NGOs present themselves and are perceived by many as expert-led and apolitical. They claim that their ‘non-governmental’ status means they are independent from the political influence of governments. As a result, NGOs and the policies they promote are rarely given the scrutiny they deserve.

In reality, NGOs are neither independent nor politically neutral. In fact, they are not even really non-governmental. Many of them are funded either directly or indirectly by other governments or by the EU.

If the EU funding intended for the Hungarian government were instead handed to NGOs, this could easily weaken or destabilise the democratically elected government. It would allow the EU to establish a network of trusted local collaborators, who could be relied on to promote the EU’s interests and values. Funnelling money through NGOs could also strengthen the position of Hungary’s political opposition. Ultimately, those MEPs attempting to weaponise the EU’s distribution of funding are gunning for regime change in Hungary.

The European Commission has not yet embraced the European Parliament’s neocolonial proposal to establish NGO bridgeheads in Hungary. But its 27 ‘super milestones’ show the direction of travel. By imposing an ever-growing number of conditions on Hungary, Brussels aims to reduce it to a vassal state.

Significant conflicts lie ahead. European federalists have become unapologetic empire-builders. Their attempts to reduce the Hungarian government’s sovereign powers will have important implications for every EU member state.