The SNP’s victimhood act is not only undignified, it’s also historically illiterate. 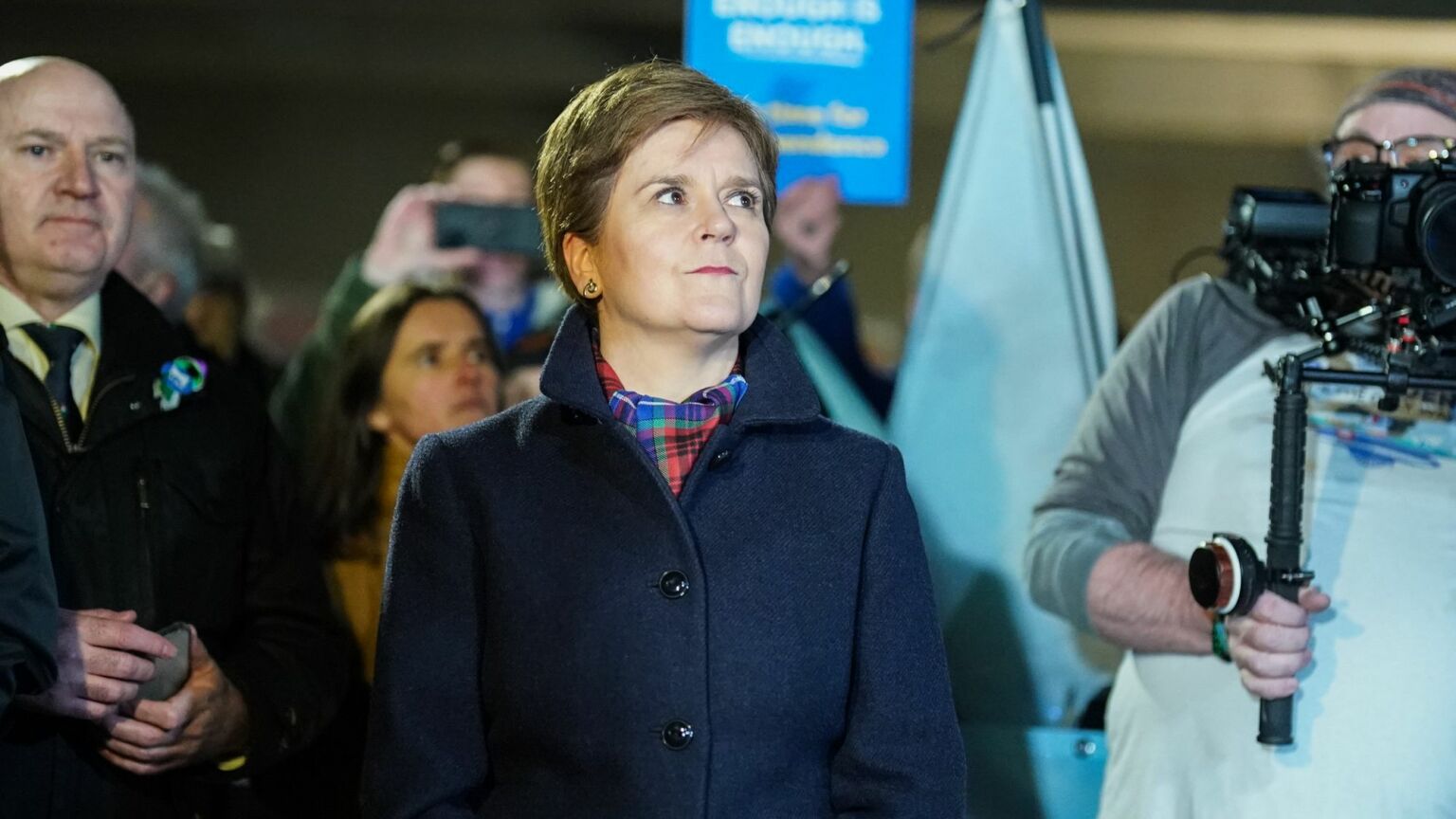 The UK Supreme Court ruled last week that another Scottish independence referendum would not be constitutional without the agreement of the UK government. Nicola Sturgeon’s ruling Scottish National Party has since been in a predictable state of public indignation, searching for an emotive argument to depict the judgement as an outrageous attack on Scottish democracy.

Sturgeon and other Scottish nationalists could perhaps have tried attacking the unelected, unaccountable court for overruling the wishes of their elected Scottish parliament. But that wouldn’t wash for them. After all, the SNP itself went to the same UK Supreme Court in 2019 to ask the unelected, unaccountable judges to block the British people’s democratic vote for Brexit.

Instead, leading Scottish nationalists have resorted to the wildest argument in their battered arsenal – that Scotland is somehow a colony, oppressed for centuries by a British state, in need of liberation. It seems that the more desperate the Scot Nats become about their prospects of holding (never mind winning) ‘Indyref2’, the shriller their efforts become to galvanise their base by playing the victim card, depicting poor little Scotland as being bullied by big fat Westminster.

Sturgeon’s statement after the judgement set the tone. If the court ruled that Scotland was not free to hold its own referendum without the consent of the Tory government in London, she declared, then that was the fault of laws made by imperial Westminster politicians, not impartial Supreme Court judges. ‘So, this ruling confirms that the notion of the UK as a voluntary partnership of nations is no longer, if it ever was, a reality.’ In other words, Scotland is a captive state, effectively a British colony, and probably always has been.

Others picked up the colonial ball and ran further with it. Neale Hanvey, a former SNP MP who has now switched to sit for Alex Salmond’s Alba Party, used PMQs to ask Rishi Sunak whether Scots were really in a union of equals, ‘or are we hostages in a territorial British colony?’.

Tub-thumping columnists in and correspondents to the National, tamest of the media outlets in Sturgeon’s one-party state, screeched about Scotland being ‘a colony outpost under the elected dictatorship of the UK’.

The SNP leadership’s own submission to the Supreme Court had already made that bizarre claim. It argued that Scotland’s status is on a par with that of Kosovo, which won its own independence from Serbia only after a bitter war backed by military intervention from NATO forces. Was the SNP hoping the Royal Air Force might come to its aid by bombing London’s bridges and TV centre, as the RAF did in Belgrade?

In reality, these ‘anti-colonial’ arguments reveal the low opinion that Scot Nats have of their own people and of the ‘Scottish democracy’ that they are always banging on about. After all, if Scots really were an oppressed people held ‘hostage’, what would that say about the 55 per cent of them who voted, freely and democratically, to reject Scottish independence and remain part of the UK in 2014? Are they all to be seen as imperial lackeys? Or perhaps as suffering from Stockholm Syndrome, which can lead hostages to fall in love with their kidnappers?

Some of us might also wonder how the SNP can claim to be fighting to free Scotland from one, imaginary empire – the UK – only to beg to become a vassal state of another, all-too-real empire – the anti-democratic European Union?

But then, as the Scottish government’s risible legal submissions confirmed, these are not really supposed to be rational or forensic arguments for independence. They are more like visceral appeals, emotional cries designed to stir the blood of Scottish nationalists in desperate times. And they bear about as much relationship to the real history of Scotland and the Union as Mel Gibson’s Braveheart does to the wars of the 13th century.

The truth is that modern Scotland is not and never has been a colony of the UK. When independence campaigners last year branded the UK government’s Edinburgh HQ as ‘colonial’, even SNP MSP Tom Arthur was forced to tell them they were ‘historically illiterate’. Scotland had never been invaded, exploited and carved-up like the colonies of the British Empire.

There is no space here to detail the complex history of the Union. But it’s worth reminding ourselves that the 1707 Acts of Union between England and Scotland brought about a unique, voluntary merger of two national elites within the British state, for the mutual benefit of their emerging capitalist economies. The nascent Scottish ruling class signed the Union as a merger deal, not a surrender treaty or a ransom note – albeit a merger in which they would be junior partners.

True, many historians now argue that the majority of the Scottish people were opposed to the abolition of their national parliament. But that was not deemed important at a time when there was no real parliamentary democracy north or south of the border. Scotland’s elites certainly did not see themselves as colonial subjects; indeed, one of the final steps that pushed more reluctant Scottish elitists to sign up to the Union was the humiliating collapse of the Darien Scheme, their own expensive attempt to carve out a Scottish colony on the Isthmus of Panama.

By contrast, if you want to see a colony, look at Ireland after the Acts of Union with Britain in 1800. Britain imposed the Union on Ireland after crushing the United Irishmen’s rebellion, killing tens of thousands in the process. Britain then destroyed Irish industry and turned the country into a market garden, growing food for export while peasants starved. Many tried to escape the misery of Ireland by emigrating to Scotland, then seen as a land of opportunity.

By contrast, Scotland was at the heart of Britain’s expanding economic and political empire through the 18th and 19th centuries. Its economy was often booming with the rapid growth of shipbuilding, iron, steel and other industries. Of course, most benefits went to relatively few, but Scots were no more colonial subjects than the English working classes.

Scottish generals and soldiers also played a key part in the conquest, subjugation and running of British colonies around the world. And some of Scotland’s feted intellectuals did their bit to help justify colonial oppression. As Scottish philosopher and historian Thomas Carlyle wrote in his Occasional Discourse on the Negro Question (1849), the recently liberated slaves of the Caribbean would have to be ‘servants to the whites, if they are (as what mortal can doubt they are?) born wiser than you’. That was 50 years before England’s Rudyard Kipling wrote his infamous ‘The White Man’s Burden’. The white masters who carried Carlyle’s burden of being ‘wiser’ than those they enslaved, were just as likely to be Scottish as English.

And so it continued. The decline and fall of the British Empire through the 20th century, and the loss of much of Britain’s heavy industry, hit Scotland hard, as it did Wales and much of the English north and midlands. The crumbling authority of the Unionist British establishment, particularly its Labour Party wing, has since prompted a rise in support for the SNP. But none of that makes Scotland a colonial outpost or hostage of the UK.

Scotland and England have both benefitted enormously from the Union. It is the platform on which Britain was built as a modern, democratic nation state. If the Scottish people really do want to reverse the vote of 2014 and leave one day, it is hard to see how anybody could ultimately stop them. But those desperate for independence, who perhaps feel their chance slipping away today, should not be allowed to ‘colonise’ and rewrite Scottish and British history to claim a bogus right to control the future.