Chimamanda Ngozi Adichie’s defence of freedom of speech is infectious, inspiring and wonderful. 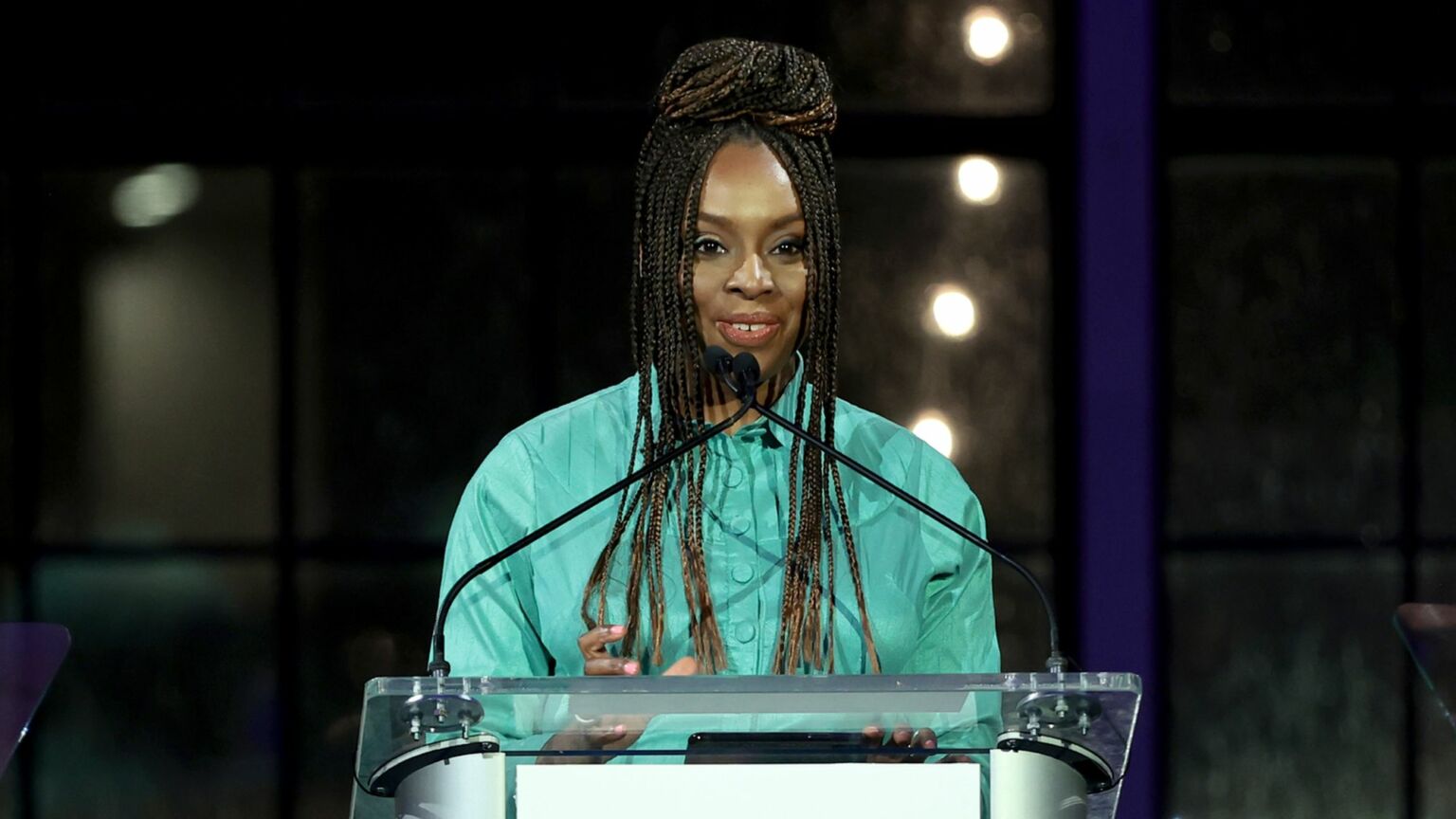 There are so many good things in Nigerian novelist Chimamanda Ngozi Adichie’s Reith lecture on freedom of speech. She shatters the case for cancel culture. She lays waste to the patrician left’s claim that free speech serves the powerful but harms the powerless. She issues a stirring call for a new solidarity of liberty-lovers against the ‘unconscionable barbarism’ of punishing people for what they think and say. But the best thing, the thing that makes the breath catch in your throat as you listen, is just how unrepentant her love of freedom is. This is no meek, apologetic plea for a few more rights to say what we think. No, she’s passionate about this liberty, and it is rare indeed to hear that today. It is a truly infectious and inspiring call to arms.

This year’s BBC Reith lectures are titled ‘The Four Freedoms’. The first, Adichie’s, is on the freedom to speak. Her diagnosis of the crisis of free expression is peerless. She says the problem we face in the West right now is not the jackboot of government tyranny pressed on the throat of free debate. It’s social conformism. It’s the overbearing pressure to adhere to ‘the collectively sanctioned attitudes and behaviours of this era’. ‘The biggest threat to speech today is not legal or political, but social’, she says. She recognises this is ‘not a new idea’: ‘When John Stuart Mill warned against “the tyranny of prevailing opinion and feeling”, it reads as though he foresaw the threat that orthodoxy poses today.’ But the ‘present manifestation’ of this ‘social censure’ is, she says, especially severe. It desires nothing less than the permanent banishment from society – that is, the cancellation – of anyone caught deviating from sanctioned thought.

Adichie describes brilliantly the horrors of cancel culture. Against those who apologise for this new species of social tyranny, who say it’s just about holding people to account for what they say, Adichie brings a stirring clarity. ‘There is a difference between valid criticism, which should be part of free expression, and this kind of backlash – ugly personal insults, putting addresses of homes and children’s schools online, trying to make people lose their jobs. To anyone who thinks, “Well, some people who have said terrible things deserve it”, no – nobody deserves it. It is unconscionable barbarism. It is a virtual vigilante action whose aim is not just to silence the person who has spoken, but to create a vengeful atmosphere that deters others from speaking.’

This is one of the finest elucidations on cancel culture I have heard. Adichie recognises what so many others fail to: that cancel culture’s grimmest achievement is not to claim the scalps of a handful of controversial individuals, but rather to send a message to everyone else that they had better shut their mouths if they don’t want to suffer the same fate. The result? An ‘epidemic of self-censorship’, she says. She fears the grip social censure has on the young in particular: ‘Many young people are growing up in this cauldron, afraid to ask questions for fear of asking the wrong questions.’ ‘And so’, she says, ‘they practise an exquisite kind of self-censorship. Even if they believe something to be true or important, they do not say so, because they should not say so.’

Adichie herself has encountered this ‘fierce’ expectation of conformity to sanctioned thought, this ‘vicious retaliation’ that follows every murmur of dissent. She describes being accosted by an American student at a book reading who asked her, ‘angrily’, why she had said something in an interview. Adichie doesn’t say what this something was, but we can guess: she has infuriated the social-censure set by refusing to genuflect to the mantra ‘trans women are women’ and instead uttering the blasphemy: ‘trans women are trans women’. Adichie tells her accoster that she said the thing because it ‘was the truth’. Her accoster agrees it was true but asks: ‘Why should we say it even if it’s true?’ Adichie was astonished. To her, the idea of not giving voice even to truth, lest it cause offence, is utterly alien. She was being accused, she says, of having ‘desecrated the prevailing orthodoxy’. ‘It was like being accused of blasphemy in a religion that is not yours.’

Who hasn’t felt exactly like that at some point over the past decade? Like a blasphemer against a new religiosity one doesn’t even subscribe to? It is cancel culture’s refusal to admit to its authoritarianism that most irritates Adichie. ‘There is something honest about an authoritarianism that recognises itself to be what it is. Such a system is easier to challenge because the battle lines are clear’, she says. ‘But this new social censure demands consensus while being wilfully blind to its own tyranny.’ We see this wilful blindness of the cancellers every day. We’re just calling you out, they say. We’re just protecting minority groups from offence, they cry. The denialism of the censors is extraordinary. Adichie doesn’t mince her words as to what impact this denied tyranny is having – ‘I think it portends the death of curiosity, the death of learning, and the death of creativity’.

Creativity is, of course, central to Adichie’s life as a novelist. And creativity demands full, unwavering freedom, she says. It cannot live without it. ‘To create, one needs a kind of formless roving of the mind to go nowhere and anywhere and everywhere’, she says. ‘It is from that swell that art emerges.’ This is why she is so worried about the targeting even of literature by today’s tyranny-in-denial. ‘Literature is in peril because of social censure’, she says. She cites the phenomenon of the ‘sensitivity reader’, the person whose job it is to ‘cleanse unpublished manuscripts of potentially offensive words’, employed by publishers that are ‘wary of committing secular blasphemy’. Such pre-emptive, censorious sensitivity ‘negates the very idea of literature’, she says. Expelling darkness or coarseness or offence from literature expels the humanity from it, too. If things don’t change, and soon, Adichie worries that future generations will read the books being published now and wonder: ‘How did they manage to stop being human? How were they so lacking in contradiction and complexity? How did they banish all their shadows?’

The most moving part of the lecture is when she speaks of the attack on Salman Rushdie in New York in August. It is the only moment her voice seems to quiver. She says: ‘Imagine the brutal, barbaric intimacy of a stranger standing inches from you and forcefully plunging a knife into your face and your neck multiple times because you wrote a book.’ It is superbly and necessarily confronting. She says she re-read Rushdie’s novels after the attack, in an act of ‘defiant support’, and found herself wondering how The Satanic Verses would fare today with all our sensitivity reading and cancellation. ‘Would Rushdie’s novel be published today?’, she wonders. ‘Probably not. Would it even be written? Possibly not.’ This is the harsh truth of our times: we no longer need a death warrant from an Iranian tyrant to silence ‘difficult’ writers; we do it ourselves.

Adichie’s belief in free expression extends even to defending the right of people to say untrue and malicious things. She says she wouldn’t even agree to the censorship of such foul ideas as Holocaust denial or hatred for homosexuals. ‘[The] solution is not to hide the lie’, she says, ‘but to expose it and scrub from it its false glow’. When we censor the ‘purveyors of bad ideas, we risk making them martyrs’, she says, ‘and the battle with a martyr can never be won’. As to the fashionable notion that free speech is of more benefit to powerful people than marginalised people, Adichie says ‘free speech is indeed a tool of the powerful, but it is also, crucially, the language of the powerless’. She cites the current Iranian revolt, the Arab Spring and other uprisings – ‘all wielded speech’. Then her killer line, one I hope will ring in the ears of all of those so saturated in media-studies thinking that they have lost sight of the tight bond that has always existed between free speech and the fight for equality: ‘Dissent is impossible without the freedom of speech.’

It can be difficult to challenge the epidemic of self-censorship. Precisely because today’s virtual vigilantes are so wilfully blind to their oppressive impact on society, it is hard to know how to confront them, push them back, defend freedom from their cold clutch. Adichie has an idea. It’s a brilliantly simple one. ‘The solution to this threat’, she says, ‘can only be collective action’. Social censure creates a ‘climate of fear’, she says, and it is ‘only human to fear a mob’. ‘But I would fear less’, she says, ‘if I knew my neighbour would not stay silent were I to be pilloried’. ‘We fear the mob, but the mob is us.’

That’s it: we break social censure with social solidarity, one founded in a love for freedom. ‘Moral courage’ is what we need right now, says Adichie – the moral courage to say what we believe and to refuse to participate in the punishment of those who deviate from sanctioned thought. This is the only way we can ‘make much wider the boundaries of what can be said’. My own moral courage has already been strengthened thanks to Adichie’s lecture. Everyone should listen to this clear and beautiful case for the right of every person to think and speak completely freely.