The World Cup has shown us that virtue-signalling and virtue are not the same thing. 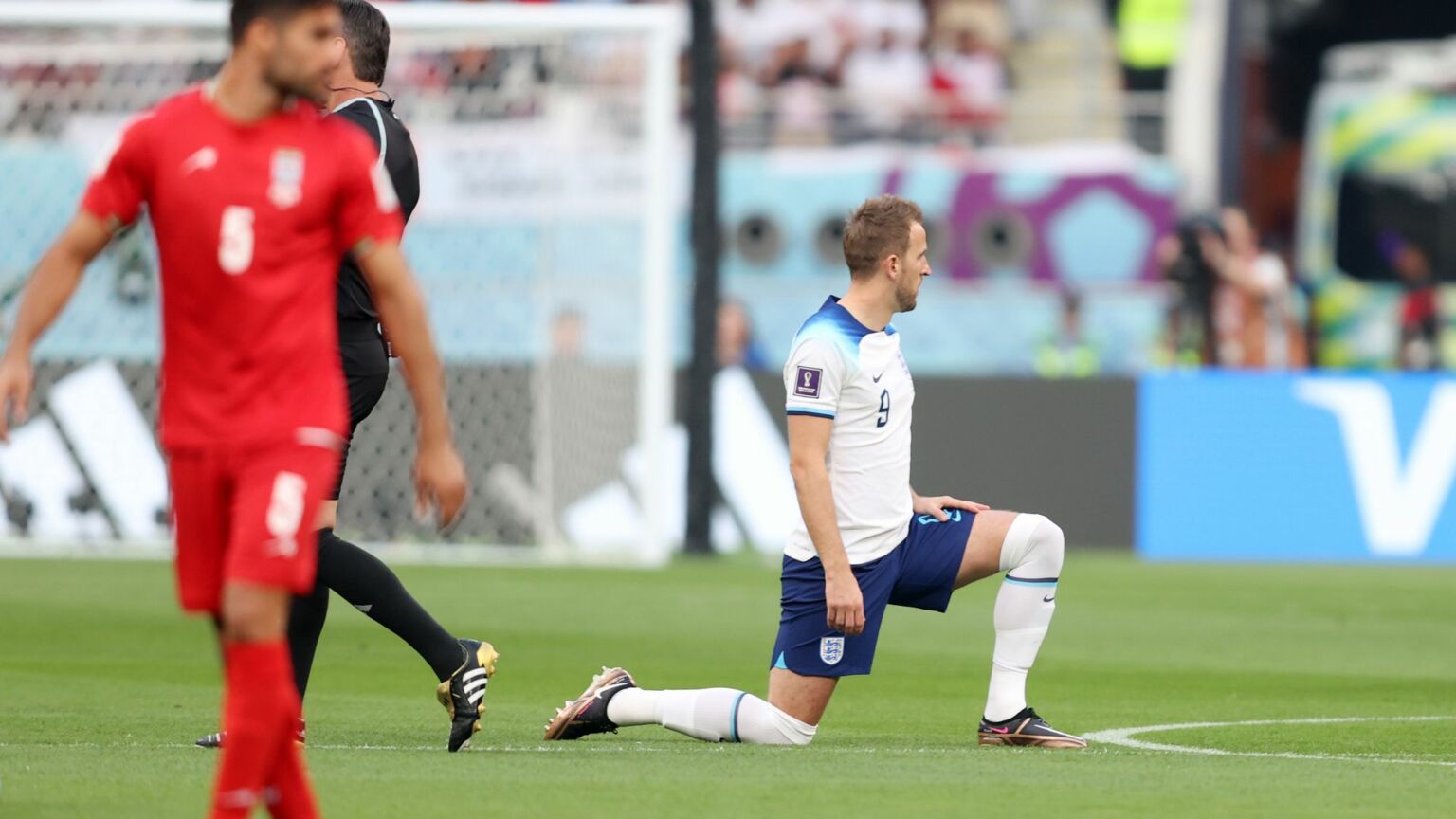 Two televisual events from my childhood stand out clearly in my mind: the Moon landing in 1969 and the incident at the 1968 Mexico Olympics, when – after winning the gold and bronze 200-metre medals respectively – black American athletes Tommie Smith and John Carlos gave Black Power salutes from the winner’s podium while the American national anthem played. My dad – a Communist and thus anti-American, but on the other hand a stickler for manners – made a singular sound somewhere between a tut and a cheer.

I thought of these two majestic men when watching the soft lads of England kneeling away in Qatar (there’s nothing like the sight of men earning £100,000 a week for doing the thing they love to remind us of our privilege, I find). In contrast, the brave men of the Iranian football team refused to sing their national anthem in solidarity with the protesters at home. It’s ironic that men raised in Iran care more about women’s rights than footballers raised in the liberal West, most of whom probably believe that ‘feminism’ is a brand of tampon and who can’t seem to go a week without giving us yet anther sexual-assault or domestic-violence headline.

This World Cup has already exposed all of football’s virtue-signallers. There’s David ‘Gay Icon’ Beckham getting torn a new one for taking £150million to be the face – thank goodness not the brain – of Qatar. There’s Gary ‘Gandhi’ Lineker, who spends the rest of the year chastising the rest of us about compassion while trousering £1.35million of our money for the pleasure, trotting off obediently to Qatar, with ‘socialist’ Gary Neville plodding after him. And bringing up the rear – in the manner of a particularly thick pantomime horse – is Gareth ‘Saint’ Southgate, making a Markle-sized claim about how keen the migrant workers who built the stadia were to see the World Cup come to Qatar. Then there are the players who planned to flaunt their support for LGBT by wearing ‘OneLove’ rainbow armbands, but who swiftly took them off when threatened with a yellow card.

How did England become such a bunch of toothless old lions? Part of it has surely got to do with the camel in the room – Islam. Qatar’s beer-banning, gay-averse policies are made in the name of the state religion – the religion of the whole region, unless you count those pesky Jews. The institutions of Britain have been Islamophile for some time; we have a man who actively favours the religion on the throne. The left has had a de facto alliance with Islamic extremism for years, the stupidity of which has been revealed in Qatar. Just think of the migrant workers, maybe as many as 6,500 of whom lost their lives. The West has been so busy wallowing luxuriously in guilt about historical slavery, which no one living is actually blameworthy for, that we’ve totally failed to notice the quasi-slavery practised by authoritarian Islamic nations, or the full-blown slavery practised by Islamic State.

Then there’s that other great liberal moan, climate change, which the BBC never stops banging on about. Carbon footprinting expert Mike Berners-Lee claims that the Qatari World Cup is ‘the highest carbon event of any kind – apart from a war – that humans have ever staged’. The BBC has sent a whopping 272 staff along, naturally leading to such social-media reactions from the poor scolded licence-fee payer as: ‘How many emissions have the BBC created to send all of its TV and radio crews to Qatar?’

No one’s going to come out of this well. Not the over-rewarded muppet shills of the BBC. Not Qatar itself – the journalist Jon Sopel reported a source near the ruling regime telling him: ‘Why on Earth have we bothered? We spent £200 billion on this, we are vilified over LGBTQ rights, we are attacked for being corrupt over the manner in which we got the World Cup. Nothing good has come to us as a result of this… [It has] been a giant waste of money, and I wish it would all just go away.’ Not FIFA, for favouring the big bad pot of gold over the plucky little rainbow. Not the befuddled players, who have slowly grasped that the Emperor’s new clothes look a lot like an England shirt – one that has been ripped away to reveal the meretricious nature of modern football and its self-serving luxury beliefs, as our brave boys metaphorically kick 6,500 skulls around those glittering stadia, built on the bones of those nameless migrant men.

Which brings us back to those bold, beautiful black men with their fists raised and their heads bowed in Mexico City more than half a century ago, long before identity grifting burned down progressive politics. In his 2008 autobiography, Smith wrote that the gesture was not a Black Power salute but a ‘human rights’ salute. The third man on the winners podium was the Australian Peter Norman, who for expressing his support for his comrades was shunned and hounded in his own country. Only in 2012 did the Australian parliament approve a motion to formally apologise to Norman and rewrite him into history. Smith and Carlos were dropped from the US team and kicked out of the Mexico Olympics. They were pallbearers at Norman’s funeral in 2006.

They don’t make sportsmen like that any more; the lesser the virtue, the greater the virtue-signalling. I have no doubt that the coming season will see footballers morally grandstanding once again, but after Qatar – football’s very own Altamont – the pampered poltroons of the Premier League can expect short shrift from their long-suffering fans, facing a long, hard winter while these petulant boy-kings kick cats and romp in hot tubs to their hearts’ content. Like the Gulf states, modern footballers appear to know the price of everything and the value of nothing – and it is this which makes the Beautiful Game so remarkably ugly today.