Until Black Wednesday, both the Tories and Labour were equally keen to drag Britain into the Euro. 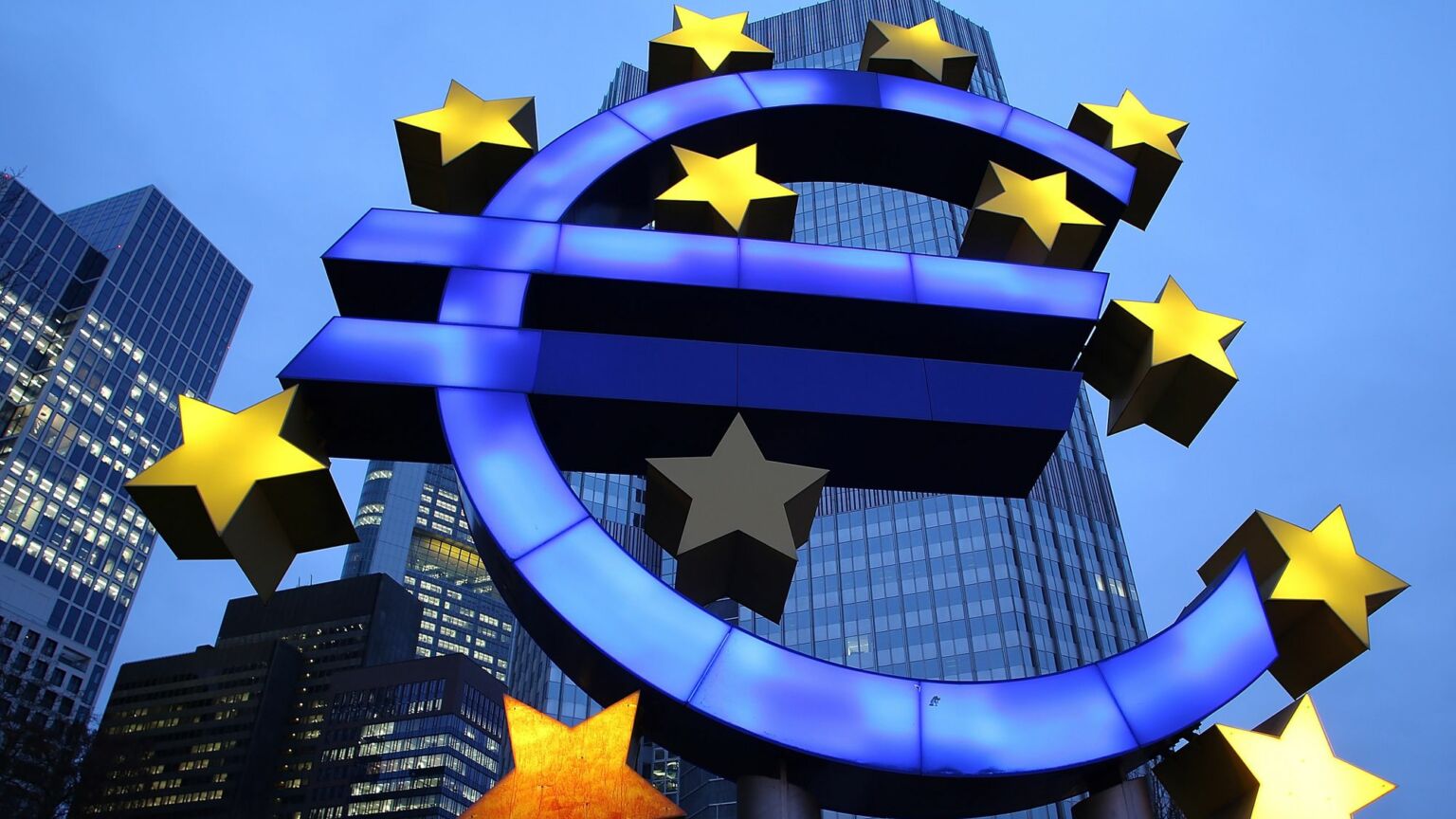 In recent decades, politicians of all stripes have tried to transfer certain powers from the democratic sphere to independent central banks, constitutional courts and other assorted supranational bodies. Politicians have consented to this transfer of power either on grounds that certain policies need ‘protecting’ from mass politics or that these arrangements can lead to ‘better’ decision-making. But it rarely goes to plan.

In October 1990, in the dying days of the Thatcher government, Britain joined the European Exchange Rate Mechanism (ERM). It meant that the pound would be pegged to other European currencies. Its value would be decided by experts. Government policy was then geared towards maintaining sterling at this fixed rate.

The ERM was meant to pave the way for Britain’s membership of a full-scale European monetary union. As then chancellor John Major put it in July 1990, ‘There is no more important issue facing the European Community than the path we choose towards economic and monetary union. We are all committed to this goal.’

Economists who supported the ERM argued that it would ‘solve’ three fundamental issues that had plagued British governments for decades. It would maintain foreign confidence in sterling, prevent excessively inflationary wage settlements and ensure prudence in government spending.

The right, in particular, welcomed the ERM as a means of achieving its economic policy goals, without needing the consent of the public. Essentially, the ERM appeared as a way for the Conservatives to implement austerity, while avoiding responsibility for the political consequences. The government hoped it would be able to claim its hand was being forced by international commitments.

What is far more puzzling than the right’s support for the ERM was the Labour Party’s support for it. After all, Labour had historically been sceptical of efforts to take monetary policy out of the hands of elected governments. This was perhaps most dramatically exemplified by the Attlee government’s landmark Bank of England Act of 1946, which nationalised the Bank of England and placed power over monetary policy in politicians’ hands. Later on, the Labour government under Jim Callaghan in 1978 refused to join what was then called the European Monetary System (EMS). Even the Europhile Neil Kinnock’s 1989 policy review, ‘Meet the Challenge, Make the Change’, rejected any move toward the EMS’s successor, the European Monetary Union. It also opposed taking sterling into the ERM unless and until substantial changes were made to remove its deflationary bias.

Soon after, however, Labour embraced the ERM. It saw it as a chance to burnish its pro-European credentials and to embarrass Margaret Thatcher, who was known to be far less enamoured of the ERM than her chancellor and her other key advisers. The chief architect of Labour’s policy was John Smith, the shadow chancellor who then became Labour Party leader after its 1992 General Election defeat.

Labour’s support for the ERM may have been opportunistic, but it also marked a fundamental shift away from the party’s socialist economic outlook. Joining the ERM would mean that British economic policy would be geared towards maintaining the value of sterling at all costs. It would mean bringing budget deficits down, whacking up interest rates to contain inflation and increasing productivity, even if this meant sacking ‘unproductive’ workers or requiring people to work more for less.

The most obvious and direct group to suffer would be those who were in debt – because high interest rates would be needed to prop up sterling’s value. Workers would also find it more difficult to demand higher wages. The governor of the Bank of England at the time argued that the ERM would be a way of helping to ensure that wage inflation did not outstrip general inflation.

None of this seemed to bother the Labour leadership. Smith even praised the ‘counter-inflationary discipline’ of the ERM. When asked what it would mean for workers who sought higher wage claims, Smith retorted that there ‘would be unemployment wouldn’t there?’.

Soon the economic consequences of maintaining Britain’s place in the ERM became too high even for the Major government to bear, leading to the the crash of 16 September 1992 – aka, Black Wednesday. The Labour-Conservative consensus on the ERM in the early 1990s meant that Labour’s grounds for criticism were pretty thin. But this didn’t seem to matter. It was enough that Black Wednesday occurred on the Tories’ watch. They would get the blame and be ridiculed for their economic incompetence for the rest of the decade.

Not everyone within Labour was comfortable with the party’s position, however. Some MPs stuck to Labour’s traditional line and argued against signing away democratic control over major tools of government, including the power to devalue the currency. In a 1990 letter to Neil Kinnock, Labour MP Austin Mitchell wrote that ‘subordinating everything to maintaining an externally determined rate is as logical as trying to manage the weather via the barometer needle’.

The chief critic of Labour’s ERM policy was Bryan Gould, who had competed for the Labour leadership against Smith in 1992. Gould chastised the mistaken ‘belief that monetary measures matter more than the real economy in which ordinary people live and work’. He criticised the idea ‘that one can take a shortcut’ to economic success, ‘through fiscal policy and the mere assertion that we have a strong currency’.

After all, Britain’s main economic problem in the 1990s was not a lack of monetary stability. It was a lack of a decent industrial policy – something that had once been at the heart of Labour’s economic programme.

Sadly, Black Wednesday caused no serious rethink in the Labour Party about the dangers of its new conversion to Europe. Labour celebrated its luck – and that’s all it was – that it had lost the 1992 election. And it watched on as the Conservatives received the blame for the inevitable consequences of a policy that Labour itself had supported.

Labour may have benefitted electorally from Black Wednesday. But it was just as willing as the Tories to embrace the ERM and, with it, a European monetary union. And in doing so, it also showed itself willing to sacrifice its own traditions of socialism and democracy at the altar of what was to become the EU. Arguably, Labour has never quite recovered from this.