No, Israel has not fallen to the far right

The reprehensible Religious Zionism does not speak for most Israelis. 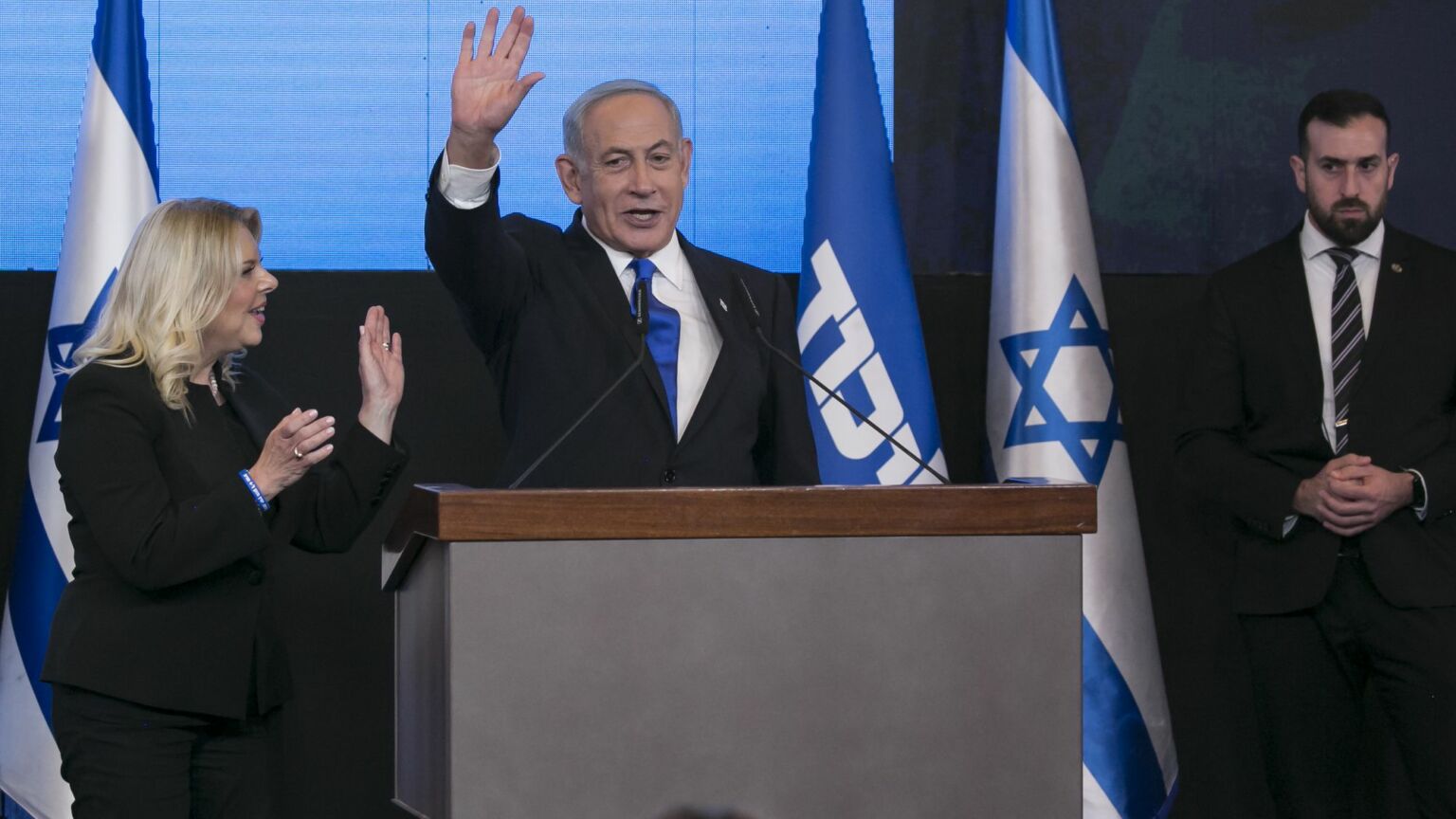 The Western media coverage of Israel’s election last week was eerily familiar. Much of it suggested that the far right was on the rise, that many voters were irredeemably racist and that disaster was imminent. It was remarkably similar in tone to the coverage of Donald Trump’s 2016 election victory or Viktor Orbán’s electoral successes in Hungary.

To be sure, Israel’s more zealous opponents have always tended to demonise Israel, dismissing it as an ‘apartheid state’. And Likud, Israel’s main right-wing party, is often portrayed as semi-fascist. But in recent years, even better-informed critics of Israel have started to strike a similar note. They lament the near-disintegration of the Israeli left and blame it on what they see as an increasingly right-wing nationalist population. Typically, they call on outside forces, such as the US or the European Union, to force Israel to moderate its politics.

Last week’s election to the 120-seat Israeli Knesset (parliament) was the fifth in nearly four years. But this time, the Likud Party of Benjamin Netanyahu (often known as Bibi) will be able to break the electoral stalemate and form a stable government. Not because of any huge rise in votes for Likud itself, which increased its seats from 30 to 32. But because of an increase in votes for Religious Zionism, which now holds 14 seats, up from six last time around. So, together with smaller right-wing and religious parties, Netanyahu should easily be able exceed the 61 seats needed to form a coalition government.

This is not a done deal yet. Forming a stable government will involve a lot of horse-trading between the parties and there will be battles over who will hold which ministry. But it looks almost certain that, in the next week or two, a new government will be formed, with Religious Zionism playing an important role.

There should be no doubt that Religious Zionism is a vile grouping. It is an electoral alliance of three different parties: Religious Zionism itself (led by Bezalel Smotrich), Jewish Power (led by Itamar Ben-Gvir) and the small Noam faction.

Much of the election campaign was focused on the figure of Ben-Gvir. Perhaps the most telling detail about Ben-Gvir is that for years he hung a poster of Baruch Goldstein in his home. Goldstein was one of a tiny number of people who could justifiably be called a Jewish terrorist. In 1994, he shot dead 29 Palestinians in a mosque in the West Bank town of Hebron. At about that time, Ben-Gvir was considered too extreme to be inducted into the Israeli army for national service.

Ben-Gvir has moderated his language since then, but he still has a habit of pulling out his pistol when he feels physically threatened. He now claims not to hate all Arabs, but only those who are terrorists.

Smotrich, the other leading figure in Religious Zionism, is almost as despicable as Ben-Gvir. Among other things, he has described himself as a ‘proud homophobe’. He once organised a ‘beast parade’ in opposition to the Jerusalem Pride parade.

Unsurprisingly, many Israelis loathe Religious Zionism. Its electoral success therefore needs to be understood in the broader context of Israel’s politics. A significant proportion of those who voted for the group are likely to have done so because of a dearth of alternatives, rather than any deep commitment to its extremist ideology. Hitherto many would have voted for Yamina, a party that until recently included former prime minister Naftali Bennett. But Yamina has more or less collapsed. The success of Religious Zionism is therefore far less politically significant than most analysts assume. Those who actually embrace its far-right ideas remain on Israel’s political fringes.

The victory of the Netanyahu bloc as a whole is certainly significant. But it does not represent a wholesale political shift among the Israeli population. In terms of the popular vote, the right only did slightly better this time around than in last year’s election. As a study in the Times of Israel notes, in 2021, 2.13million cast their vote for pro-Netanyahu parties, compared with 2.36million this year. Anti-Netanyahu parties increased their vote share from 2.22million to 2.33million.

The quirks of the Israeli electoral system explain why the pro-Netanyahu bloc scored a decisive victory this time around in terms of seats. Two anti-Netanyahu parties, Meretz (the remnants of an old leftist party) and Balad (an Arab political party), both fell just below the 3.25 per cent threshold needed to win parliamentary seats. If they had both gained just a few more votes, the make-up of the incoming Knesset would have looked very different.

Finally, Western commentators often forget the things that make Israeli society unique. There has long been a strong sense of existential fear in the background of Israeli politics. After all, there are powerful Islamist organisations, such as Hamas and Hezbollah, as well as regimes like Iran, that are dedicated to Israel’s destruction. Moreover, since the conflict with Hamas in 2021, this fear has been accompanied by heightened concerns over personal safety, thanks in part to the inter-communal violence in ‘mixed towns’ with both Arab and Jewish inhabitants. This is a key reason why the likes of Ben-Gvir won electoral support – because he plays on individuals’ sense of physical insecurity.

Understanding the forces at work in Israeli politics is not easy. But conflating developments in Israel with those in other countries, such as the US or Hungary, only confuses matters. These are fundamentally different societies with different forces at work. Labelling political movements of various sorts as ‘far right’ is very different to grasping the forces driving them.

Western pundits need to start condemning Israel a little less and understanding it a lot more.