Trans activists have no shame

Some experts at the disgraced Tavistock clinic are still pushing their dangerous ‘affirmative’ approach. 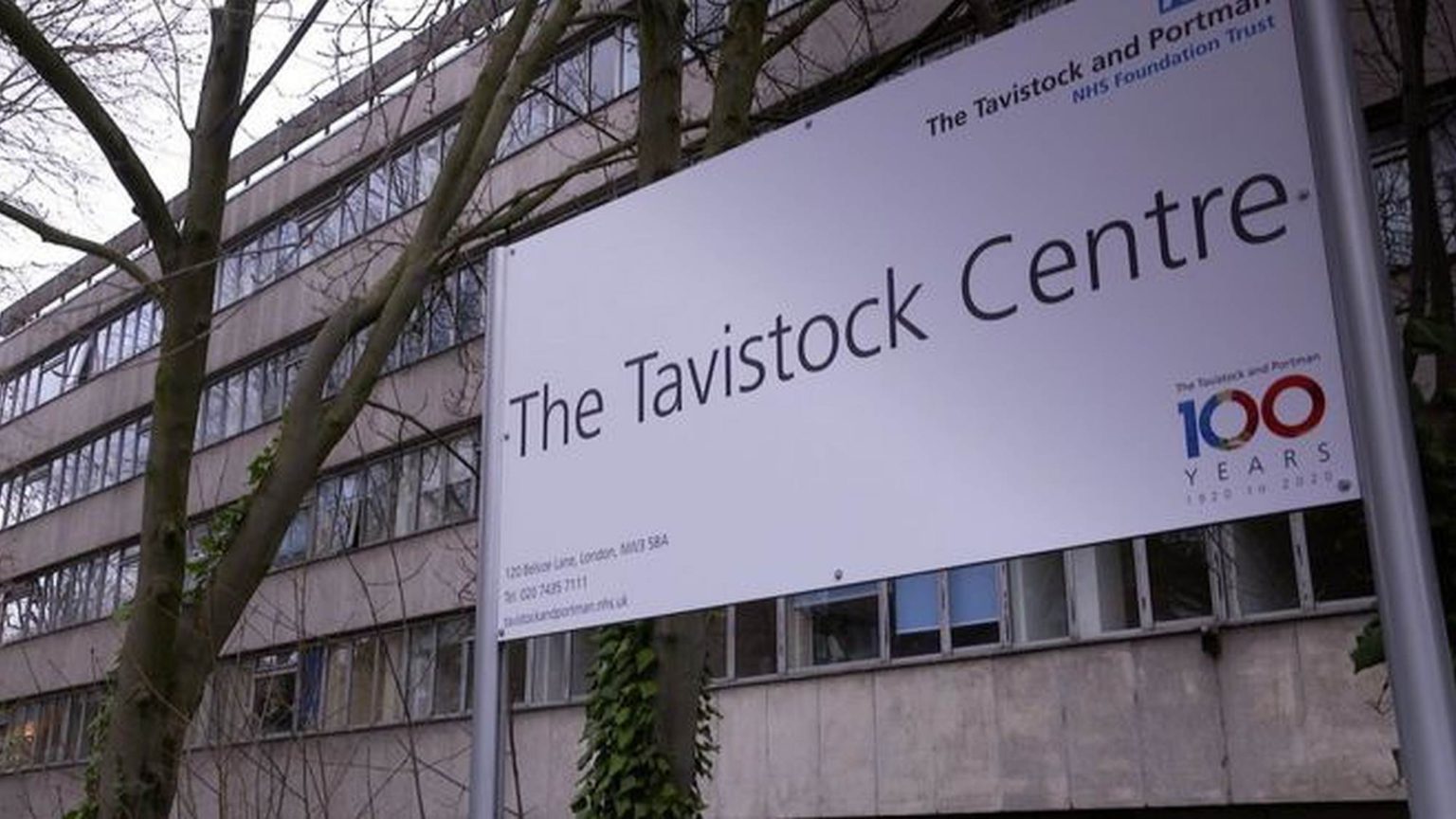 Last month, the UK’s Association of Clinical Psychologists (ACP-UK) published a highly significant paper on gender dysphoria. Entitled ‘The Cass review and its implications: psychologically informed considerations for the future’, this sensible and measured paper follows this year’s publication of the interim Cass review into the NHS’s Gender Identity Development Service (GIDS) at the Tavistock clinic in London. Earlier this year, as a result of the interim Cass review, the NHS ordered the Tavistock to close.

The ACP paper is highly critical of the Tavistock. It notes that it took a ‘predominantly affirmative, rather than exploratory’ approach to therapy for children who are struggling with their gender. It emphasises the lack of comprehensive mental-health assessments at the Tavistock. This, it says, led to ‘diagnostic overshadowing’, meaning gender dysphoria was attended to without taking other possible diagnoses into account. The paper also raises concerns about the lack of ‘safeguarding processes’ at the clinic. It describes the sharp rise in young girls presenting as ‘trans’ in recent years. And it talks about the significant risk of regret post-transition and the lack of concrete evidence in this field. The paper concludes thus: ‘In summary, it is the view of ACP-UK that all interventions for this very vulnerable group be grounded in evidence-based practice.’

It is difficult to see how anyone, especially a trained mental-health professional, could take issue with this conclusion. Not least as it follows recent seismic shifts in the debate around gender identity, including the closure of the Tavistock, proposals for new NHS guidance and the many ‘detransitioners’ now planning to sue the clinic. One would have thought that, following all this, those who have spent years pushing the ideas and practices that led us here might show an ounce of humility and engage in some self-reflection. If only.

Earlier this week, a group of self-described ‘experts within the field of gender identity and diversity’ published an open letter in response to the ACP paper. Despite the eminently reasonable position taken by the ACP, the letter throughout seeks to criticise, undermine and discredit it. It is worth addressing the arguments in turn.

The letter starts by stating the credentials of its signatories: ‘We are a group of clinical psychologists and gender-identity specialists with considerable years of experience working within NHS national gender clinics.’ The letter was even supported and publicised by the Tavistock and Portman NHS Foundation Trust on its social-media platforms. Given the litany of scandals that have beset these services, it is odd that these clinicians see this as a badge of honour.

In a further effort to buttress its credentials, the letter advertises that some signatories are also members of the World Professional Association for Transgender Health (WPATH). This should not count in their favour, either. WPATH is a trans-activist organisation that endorses all kinds of harmful approaches to treating children with gender dysphoria. It argues, for instance, that there should be no age limit on when children can undergo an irreversible transition. The fact that some of the authors of this letter support the work of WPATH is telling.

The jargon of gender ideology is sprinkled heavily throughout the letter. The letter’s signatories are described as individuals who ‘identify as gender diverse’ and ‘allied clinical psychologists with LGBT lived experience’. It advises the ACP to ‘consider identity as an experience from an intersectional perspective’. ‘Lived experience’, ‘gender identity’, ‘intersectionality’ – all these concepts stem from a radical postmodern worldview, according to which subjective feelings trump objective fact. Worst of all, the letter refers to irreversible and often harmful procedures, like double mastectomies and phalloplasties, using the ideologically loaded euphemism ‘gender-affirming surgery’.

The signatories also seem to reject scientific language. According to this letter, the mere fact that the ACP uses the terms ‘male’ and ‘female’ in its paper should be seen as suspect, since this ‘undermines the lived experience’ of transgender people. Instead, it recommends the phrases ‘assigned male at birth’ and ‘assigned female at birth’. These terms have no basis whatsoever in scientific reality. As everyone knows, biological sex is observed at birth, not ‘assigned’.

The authors of this letter eschew the basic principles of medicine and psychology altogether. They ‘welcome a move away’ from scientific terms like ‘gender dysphoria’ – terms they criticise as ‘medicalising language’. This is despite their acknowledgement that gender dysphoria is a recognised mental-health condition, meaning that medical language is entirely appropriate. Instead, they propose using terms like ‘gender questioning’ and ‘gender diverse’ – activist buzzwords which they claim are ‘more neutral, descriptive terms’. In their view, affirming trans ideology from the outset represents a ‘neutral’ position.

A frequent complaint that has been made against the Tavistock is that it employs an ‘affirmative’ approach to patients who present with gender dysphoria. In other words, it is all too keen to encourage young people to transition. The letter aims to mitigate this criticism. Being ‘affirmative’, it says, is ‘often misrepresented’ to mean ‘that a trans identity is encouraged, or treated as a preferred outcome’. This is unfair, it claims. Instead, the letter argues that the rationale behind an affirmative approach is one in which ‘no particular path or identity is privileged over any other, and gender diversity is viewed as a part of ordinary human diversity’. This jargon requires some decoding, but it is worth it to recognise just how dishonest all this is. In the authors’ view, when it comes to gender dysphoria, all possible outcomes are equally valuable. But when transitioning can leave young people sterile and mutilated, it is hard to see how this is an acceptable outcome. This is not a part of ‘ordinary human diversity’ – it is a tragedy.

Finally, the letter adds insult to injury to the growing number of detransitioners who regret trying to change gender. It first describes a ‘dearth of literature’ on the UK population of detransitioners, although it nevertheless maintains that the ‘numbers of people who choose to stop medical treatment initiated in the GIDS remain very small’. It also suggests that the main reason people detransition is ‘a lack of social and personal support’ for their trans identity, citing a paper from 1998. And we are told that, in any case, the concept of ‘detransition’ may wrongly be ‘conflated’ by critics with what they call ‘the exploration of gender expression’. That they seek to characterise irreversible surgery merely as ‘exploration’ is especially chilling: try telling that to a young girl who has lost a part of her body that she can never reclaim.

This letter makes it abundantly clear that trans ideology continues to thrive in the mental-health profession. These experts prefer the jargon of trans ideology to the language of medicine and science. They believe that their membership of activist organisations is evidence of their credibility. And they see no problem with inflicting irreversible medical treatment on children – this, to them, is just an ‘ordinary’ part of ‘human diversity’. And because of this they show little sympathy for the detransitioners whose lives have been ruined by this ideology.

The ACP must hold firm. It should remain grounded in evidence. And it must keep the interests of vulnerable children to the fore.