Why Rishi Sunak should snub COP27

The annual climate conference is an indulgent and pointless spectacle. 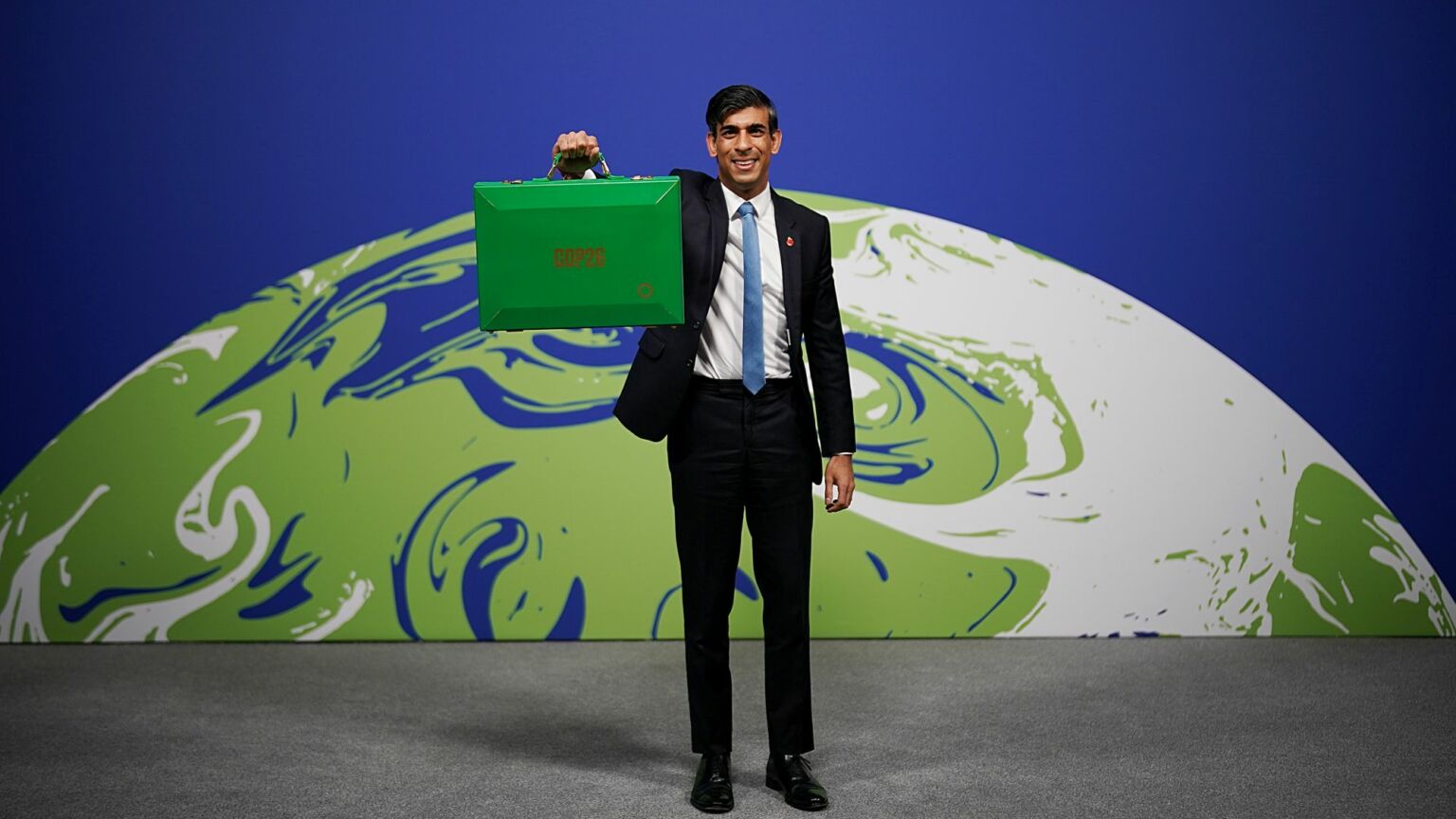 Faced with what may be the deepest recession in a century, a cost-of-living crisis, a migration crisis and energy blackouts, the new prime minister of the world’s sixth-largest economy has plenty on his plate. To most people, these issues might sound like they need more urgent attention than a 12-day-long junket in the desert. Yet the media clamour for Rishi Sunak to attend the United Nations’ COP27 climate conference, which begins in Sharm El Sheikh in Egypt at the weekend, has only been getting louder.

Last week, No10 confirmed that the PM was too busy to attend COP27. And not only is Sunak not attending himself, he is also reportedly preventing our hereditary monarch from attending, too. ‘Charles is believed to be disappointed by the advice from No10 that he should miss the event’, reports The Times, ‘with allies suggesting that Sunak should let him go to prove Britain’s environmental commitment’ (my emphasis).

The language is revealing. The UN’s COP event has become an annual pilgrimage, attended by over 30,000 activists, bureaucrats and academics. Just as religious pilgrimages once signalled one’s faith in a very visible and public way to other believers, a pilgrimage to COP is now ‘proof’ of one’s ‘commitment’ to the climate. For The Times, failing to attend the junket falls somewhere between negligence and moral delinquency.

One of the first groups to criticise the practice of Medieval pilgrimages was the Lollards, who viewed them as an expression of a corrupt church. While pilgrimages had begun as journeys of learning and self-reflection, they soon became more about the banter. There were an awful lot of hangers-on, noted Master William Thorpe, a lay preacher, in 1407. Pilgrims’ motivation had become, he wrote, ‘more for to have richesse and prosperity of this world, than for to be enriched with virtues in their souls! More to have here worldly and fleshly friendship, than for to have friendship of God and of His saints in heaven.’ Pilgrimages, Thorpe was explaining, had become junkets.

So, are there any practical reasons for Sunak to attend COP27? Are there compelling reasons that could justify putting off those domestic issues? Not remotely. Even judging by the UN’s own ambitions, every single COP has fallen short. ‘After 30 years, international policy is at a dead end’, the Nobel Prize-winning economist, William Nordhaus, declared in October 2020. Nordhaus pioneered the economic modelling of climate change. Now he advises: ‘We have policies, but they have not been effective, and they’re getting us basically nowhere.’

The annual COP junket is intended to produce a global consensus for cutting industrial CO2 emissions. But only the wealthier developed nations have signed up to do that. Even among the developed countries, concern about climate change is largely concentrated in the Anglosphere and the European Union (whose rulers don’t need to worry about being re-elected).

For the developing world, cheap energy is vital for raising living standards. And coal is by far the best means to do this. This is a problem for climate activists, as coal is also among the most CO2-intensive forms of energy.

The 2015 COP21 event might now be known for the ‘Paris Agreement’. But there was no agreement on cutting coal use. Instead, the parties set a goal for limiting global temperatures, ducking any consensus on how to get there. Again in 2021, at COP26 in Glasgow, world leaders attempted to reach an agreement on coal. But this was thwarted by China and India.

Even as COP27 approaches, as Bloomberg News reports this week, ‘China is doubling down on its coal ambitions’. One forecast suggests that China could add an extra 270GW worth of coal power by 2025, at the cost of some $106 billion. China is the workshop of the world and its manufacturing sector needs cheap coal.

India needs cheap coal, too. A shortage of the black stuff has caused huge problems there recently. It is reopening up to 100 previously ‘unprofitable’ coal mines to meet soaring coal demand. In fact, India has more than doubled its coal output already this century and there are no signs it plans to slow down. Besides, it is not just China and India that are bucking the coal ‘consensus’. Even green Germany, in an accidentally symbolic act, is planning to knock over a wind farm to get to the coal underneath.

Representing almost three billion people, China and India alone ensure that no global consensus will be achieved at any COP climate conference until their respective leaderships have found a cost-competitive alternative to coal. This is not likely to happen anytime soon. As a consequence, environmental activists have turned their attention away from world leaders to the financial and regulatory sectors. Green campaigns have encouraged the big banks and major investors to pull their money out of fossil fuels – a move endorsed by Sunak in Glasgow last year.

What this means is that COP is essentially an empty spectacle. Yet the media urges us to believe that miracles can happen there. The Times tells readers that COP27’s ‘Glasgow Climate Pact was… mostly considered a success’. Except for that pesky lack of coal commitment, of course. Meanwhile, Bloomberg implausibly advises that China’s coal capacity ‘will probably never be fully used’, despite the hundreds of billions being poured into developing it. ‘The intention is for [coal plants] to be used less and less as they’re displaced by increasing amounts of clean energy’, it claims. A likely story.

Whatever our media might have us believe, attending COP27 could hardly be more pointless.