Why is Germany so terrified of nuclear power?

Decades of green scaremongering have brought Germany to the brink of blackouts. 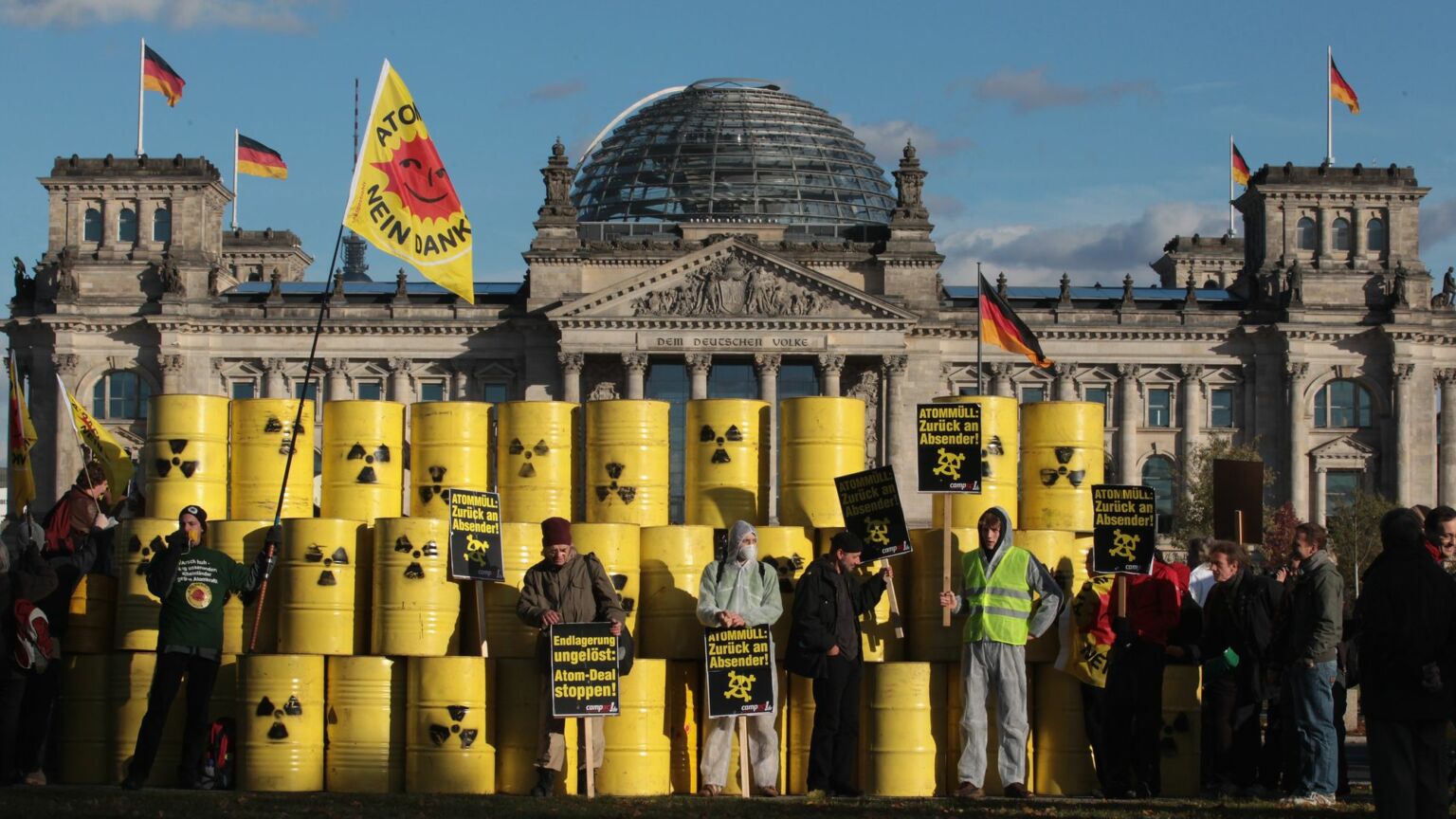 In Germany, as in the rest of Europe, the energy crisis is deepening. The German government was even forced last month to delay its long-scheduled shutdown of Germany’s two remaining nuclear power plants, out of fear its energy supplies would not last through the winter.

This decision should have been easy enough to make. But Green Party members of Germany’s coalition government vehemently pushed back against the move, despite the looming crisis. This was because they are deeply, irrationally opposed to nuclear power as a matter of principle.

The anti-nuclear sentiments of greens and others were on full display again this month, after the Swiss government announced that a new nuclear-waste storage facility would be built in the Nördlich Lägern region, just a few kilometres from the Swiss-German border. While there are genuine questions to be raised about the possible contamination of nearby rivers or what might happen in the event of an accident, the response to the Swiss plans has often tipped over into paranoia.

Unsurprisingly, the Green Party has been the most outspoken of all. Christian Kühn, a junior environment minister, stressed that it was important that the decision on where to place the facility be based on ‘geology’ alone. His implication was that the Swiss government might have some ulterior political motives for placing it so close to the border.

Such suspicion towards nuclear power is nothing new in Germany. From the 1970s onwards, Germany’s greens and those in their orbit have been violently opposed to anything nuclear-related. Partly, this is a product of Germany’s position during the Cold War. Nuclear weapons were deployed throughout East and West Germany by both the US and the USSR, which placed Germany at the centre of any potential conflict between the two superpowers. Many Germans were therefore especially anxious about nuclear war and the threat of nuclear fallout.

It was this anxiety that fuelled opposition not just to nuclear arms, but also to nuclear power, especially among West Germany’s flourishing environmentalist movement. This is despite the fact that there is only a superficial connection between the two technologies.

Some of the first major protests against nuclear power in Germany erupted in the late 1970s, when thousands of protesters repeatedly clashed with police in opposition to the building of a nuclear power plant in Brokdorf, Schleswig-Holstein. These protests cemented the environmentalist and anti-nuclear movement as a mainstay in German politics. It is no coincidence that Germany’s Green Party was founded amid these protests in 1980. This collective of leftist, environmentalist and pacifist activists won its first seats in the Bundestag in 1983.

The Chernobyl disaster in 1986 only served to embolden green, anti-nuclear activists and to intensify German anxiety about nuclear power. Since then, there have been various long-standing protests against anything nuclear-related. In the 1980s, protesters successfully prevented the construction of a processing plant for spent nuclear fuel rods in Wackersdorf, Bavaria. And a proposed site for radioactive-waste disposal in Gorleben, Lower Saxony has been a site of frequent protest since the 1990s.

This antagonism towards nuclear power has long since spread beyond hardcore environmentalists and the Green Party to the more mainstream parties. Indeed, chancellor Angela Merkel’s decision to phase out all of Germany’s nuclear power plants in 2011, after the Fukushima disaster in Japan, showed that suspicion towards nuclear power runs across the political spectrum.

After all, despite Merkel’s undeserved reputation for pragmatism, the decision was hardly rational. The Fukushima disaster was triggered by an earthquake and Germany is not prone to earthquakes in the same way that Japan is. The chances of a Fukushima-style disaster in Germany were always minimal. Indeed, Japan, which actually had to endure the disaster, has since reopened its nuclear plants and even intends to build new ones.

The consequences of the nuclear phase-out are now all too clear. It is one of the main factors that has led Germany to become increasingly and dangerously dependent on Russia for its energy supplies. So, when those supplies dried up after Russia’s invasion of Ukraine, Germany found itself in deep trouble.

Germany’s foolish fear of nuclear power is now costing German citizens dearly, with the energy crisis biting hard. Indeed, it has already prompted the government to place restrictions on heating in public buildings, while cities dim or turn off their street lights. There are even fears that this winter could bring major blackouts.

Opposition to safe and clean nuclear power has always been more than a little quixotic. For greens and others to still oppose it now, amid a global energy crisis, is beyond irrational.