Why the ‘Festival of Brexit’ was bound to flop

The arts establishment has a visceral aversion to celebrating Britain. 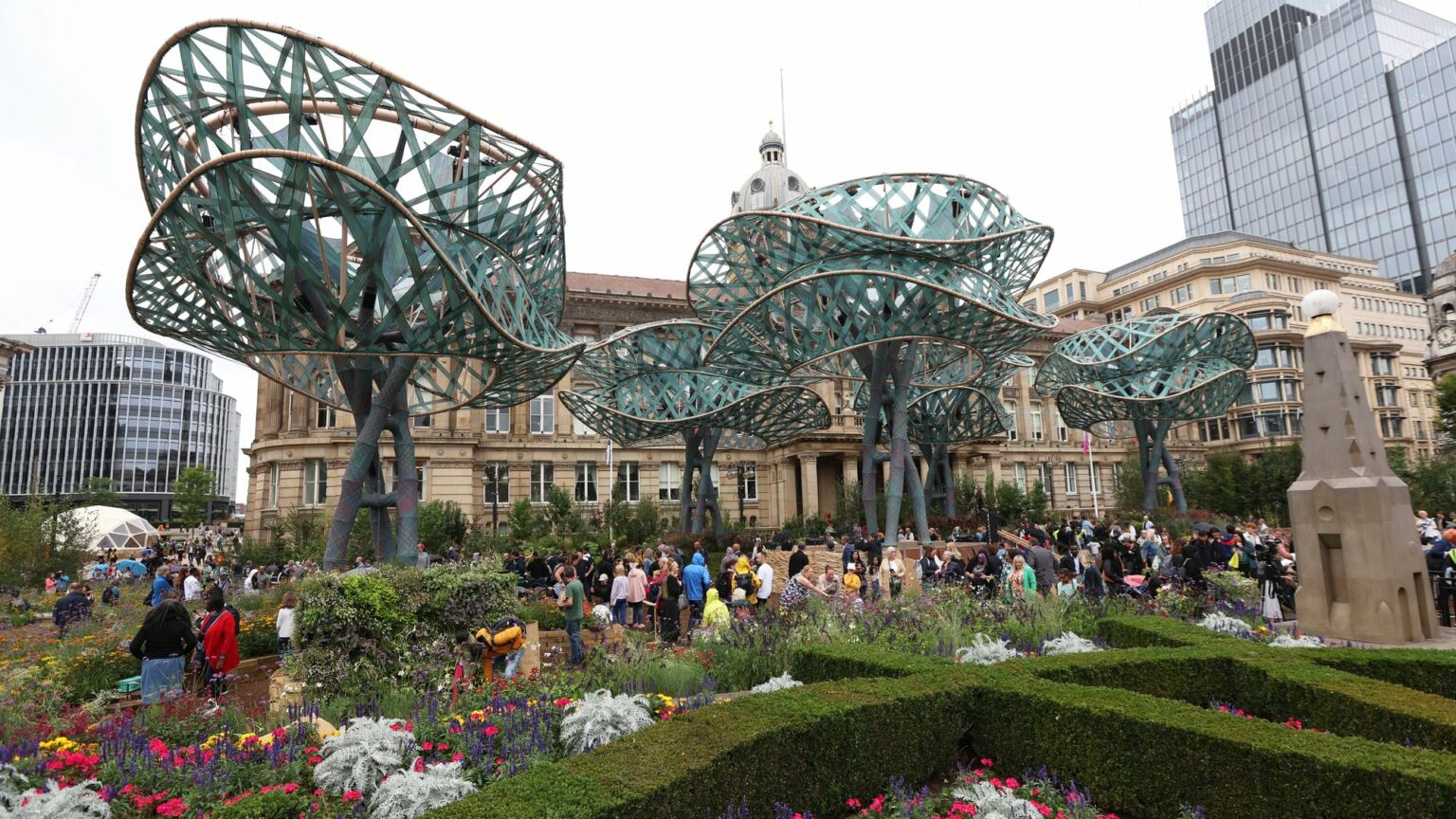 The much-awaited ‘Festival of Brexit’ is here. Four years ago, then prime minister Theresa May announced a celebration ‘to showcase what makes our country great today’, timed to follow the UK’s departure from the EU. May cited the Great Exhibition of 1851 and the Festival of Britain of 1951 as inspirations. Now we finally know how the £120million allocated for the jollies has been spent. And the results are not pretty.

Unboxed: Creativity in the UK – previously known as Festival UK, which lent itself to an unfortunate acronym – is made up of a series of events running across the UK from March to October this year. Events have included ‘Tour of the Moon’, an avant-garde theatre project, which invited 18- to 25-year-olds to communicate with the moon by interacting with glowing objects in abandoned clubs. There is PoliNations, an ongoing festival featuring ‘giant architectural trees and thousands of plants’, with ‘live music, dance, spoken word and drag’. And then there is Dandelion, a festival encouraging us to grow vegetables.

Last year, then culture secretary Nadine Dorries promised that Unboxed would assemble ‘some of the UK’s brightest talents in science, technology, engineering, arts and maths to work on jaw-dropping projects’. But there has been very little technical, scientific or industrial innovation on display so far.

Unsurprisingly, none of the events refers to Brexit, despite that being the obvious impetus for the festival. More striking, however, is that almost none of the projects celebrates anything unique about the United Kingdom, either.

You may also be wondering why such an expensive festival has had so little publicity until very recently. It has been going on since March, yet it is only just beginning to be discussed in the national media. As Politics Home has confirmed, this is mainly because no one wanted to be associated with it. Unboxed had become an orphan event, silently disowned even by its parents.

‘The ludicrous “Brexit Festival” is destined to be a car crash of Millennium Dome proportions’, the Telegraph’s theatre critic, Dominic Cavendish, predicted 18 months ago. He described the plans as a ‘shoot-on-sight Frankenstein’s monster of a cross-arts experiment gone hideously wrong’.

In March, on the eve of Unboxed’s launch, the Digital, Culture, Media and Sport Select Committee confirmed Cavendish’s fears. ‘The desire for it to seemingly cater to everyone, everywhere, is a recipe for failure and investing £120million in something when the government, by [its] own admission, “did not know what it was”, is an irresponsible use of public money’, the committee said.

For the conservative press, Unboxed is emblematic of how little impact 12 years of Conservative government has made on the outlook and makeup of the arts establishment. But some calculation must have been made when it was being set up. The creative directors and civil servants appear to have agreed that without the help of the arts establishment, there would be no festival at all.

And so the government seemingly decided to meet the creatives entirely on their terms. For instance, the government not only accepted some creatives’ demands that there be no mention of Brexit, but it also made no stipulations that the artistic projects should refer in any way to the UK. And so almost none did. That, and the neglect of any scientific accomplishments, resulted in the car crash we see today.

That creatives would have no interest in putting on events celebrating the UK should have been easily foreseen. It is now common in the cultural establishment to view the UK and its culture as inferior, shameful or embarrassing. It’s something most immigrants to the UK – such as my own parents – find utterly perplexing. Every country in the world is permitted to toot its own trumpet occasionally – except the UK, apparently.

George Orwell famously described how the English intelligentsia is uniquely self-loathing. His famous passage in ‘England Your England’ still expresses this succinctly: ‘In left-wing circles it is always felt that there is something slightly disgraceful in being an Englishman and that it is a duty to snigger at every English institution, from horse racing to suet puddings.’ ‘Almost any English intellectual’ would rather ‘steal from the poor box’ than be seen to be demonstrating patriotism, he wrote.

The arts, and especially the state-funded theatre sector, have revelled in being ostentatiously left-wing for decades. Their performances are usually didactic, too. But even artists of the left have been capable of grappling with country and patriotism without being entirely dismissive. Think Jez Butterworth’s play, Jerusalem, or Danny Boyle’s 2012 Olympic ceremony, which heaped patriotic praise on our underwhelming National Health Service.

The bigger problem with Unboxed is that it demonstrates a complete loss of confidence in both Britain’s national mission and in public art itself. Compare the ambitious, outward-looking themed areas of the 1951 Festival of Britain’s ‘Dome of Discovery’ (‘The Land’, ‘The Earth’, ‘Outer Space’) with the mundane ‘zones’ of the Millennium Dome (‘Work’, ‘Learning’, ‘Talk’, ‘Journey’). Unboxed takes us down even further to new lows of vacuity.

Reportedly, one of Nadine Dorries’ favourite Unboxed projects is Dreammachine, which invites participants to close their eyes while kaleidoscopic patterns and colours are projected. ‘This world will come from within, providing a magical insight into the astonishing power of our own minds’, the blurb explains. The experience is ‘created by you’.

Where is the desire to fire our imaginations with stories, to imaginatively communicate a subjective experience, and to take the viewer out of the prison of the self? All of these possibilities have been abandoned. With Unboxed, you literally have to bring your own art – you must imagine it yourself.

There could hardly be a more damning indictment of our arts establishment than that.