Why they hate Eddie Dempsey 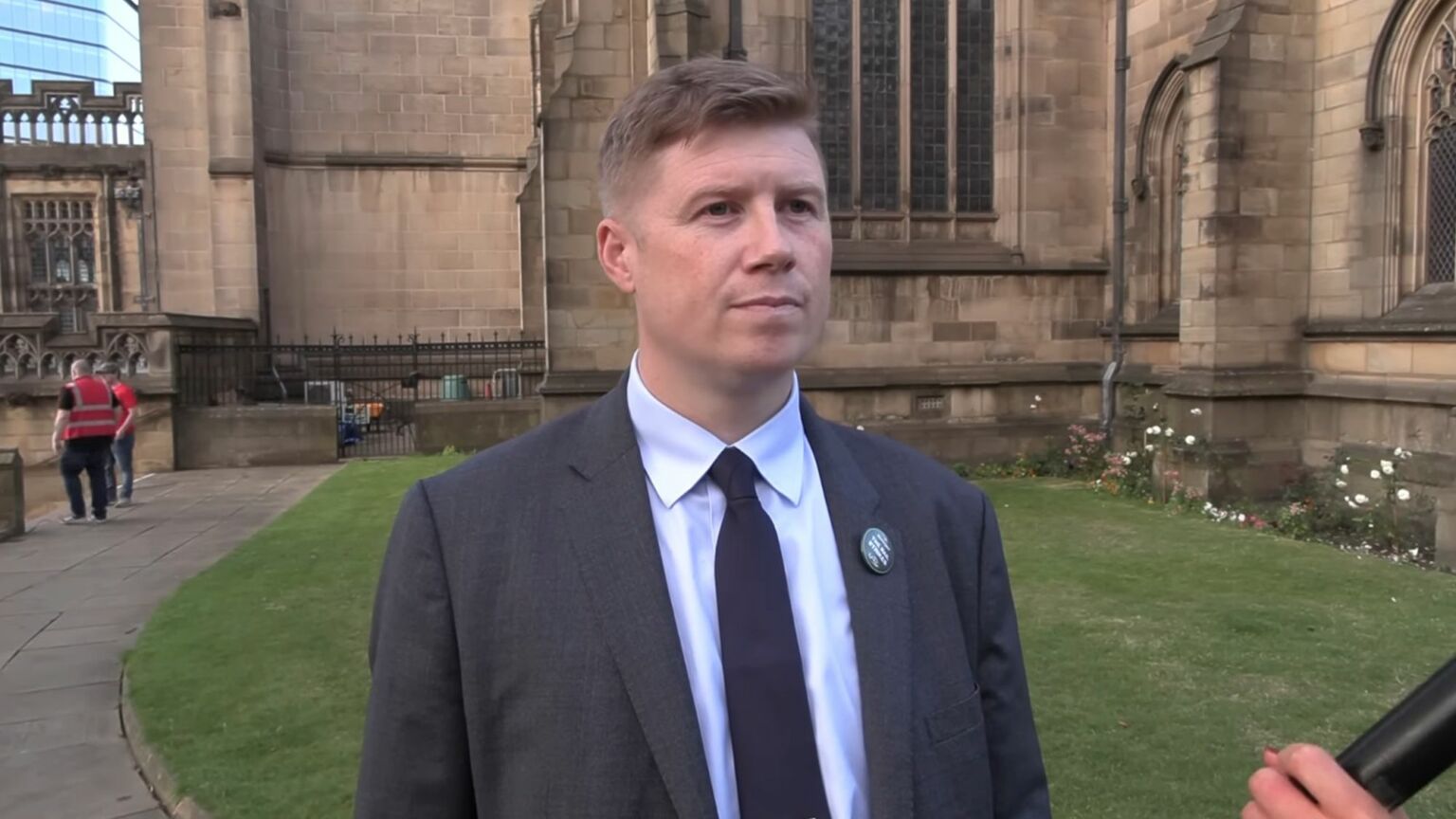 Remainers are reaching for their smelling salts. They’re gagging into their EU flags. For they’ve just encountered the thing they dread above all else: a working-class person who believes in democracy.

It’s Eddie Dempsey. It’s always Eddie Dempsey. He’s the senior assistant secretary general of the RMT. He’s also a full-throated backer of Brexit. And that makes him ‘gammon’ in the eyes of the middle-class lovers of Brussels. It makes him suspect. He comes from a working-class background and voted Leave? Racist!

The Remoaners have discovered a clip of Dempsey speaking at a pro-Brexit event in 2019. It’s the one where he says that the ‘people who turn up for Tommy Robinson demos’ are united by ‘their hatred of the liberal-left’. Then the killer line: ‘And they are right to hate them.’ This liberal-left has ‘captured the Labour Party’ and it talks to working-class people as if they are ‘the scum of the Earth’, he said. And why wouldn’t you hate people who think you’re scum?

Show me the lie. Everything Dempsey said was correct. For years the liberal-left has looked upon working-class people as a dim, tabloid-infected throng – or as ‘low information’, to use PC parlance. Everything about certain working communities appalls these graduate leftists: how they speak, what they eat, the fact they voted Leave.

Many working people have dealt with this hate speech by turning against Labour and taking a punt on the Tories. A very small number have dealt with it by throwing their lot in with the likes of Tommy Robinson and raging against what they view as the excesses of multiculturalism. Dempsey is right that it is the class hatreds of the liberal establishment that created the space for the rise of these cranky hard-right groups.

Remainers, naturally, see it differently. For them, the Dempsey clip is proof of the racism that lurks at the heart of working-class Euroscepticism. Omnipresent anti-democrat Femi Oluwole saw the clip and wailed ‘FOR SHIT’S SAKE’. He accused Dempsey of saying something he just did not say: that ‘Tommy Robinson is right to hate Labour’s focus on racial equality’. Defamatory much?

Actor turned misery guts Eddie Marsan sounded an even more ominous note: ‘I grew up with men like Eddie Dempsey. First they seem perfectly reasonable, but then they start differentiating between “working class” and “ethnic minorities” and expressing sympathy with the EDL…’

Across liberal-leftist circles teeth are being gnashed over Dempsey. Some in the Guardianista set are even wondering if they can carry on supporting Enough is Enough, the trade-union-backed movement set up to ‘fight the cost-of-living crisis’, in which Dempsey is a key figure.

Leftists of a more socialist persuasion are defending Dempsey. But here’s the thing: the exact same attack was made on him three years ago, and it didn’t come from plummy liberals who think being left-wing means nodding vigorously in agreement with Marina Hyde columns – it came from the supposedly radical left, from Corbynistas.

In 2019, when Dempsey first made his comments about people who support Tommy Robinson, and said he backed a No Deal Brexit, it was the likes of Owen Jones and Ash Sarkar who treated him as toxic.

Both Jones and Sarkar pulled out of a People’s Assembly event in August 2019 because dastardly Dempsey was on the platform. Dempsey’s view on the ‘white working class’ and his support for a full Brexit made him persona non grata to these bourgeois leftists.

The consequences for Dempsey of Jones’ and Sarkar’s middle-class hissy fit were grim. He was caricatured, he says, as a ‘peddler of nativist fantasies’. He was subjected to a ‘series of slurs’, including Clive Lewis’s grotesque likening of him to Oswald Mosley. It all felt so ‘unfair’, said Dempsey, not least because he is ‘an Irish immigrant and a trade unionist’ who grew up on the diverse Woodpecker Estate in New Cross. Hardly white privilege, is it?

There was a palpable class component to the Corbynistas’ demonisation of Dempsey. In the tones of one who believes he is speaking to an inferior, Jones demanded: ‘Why he can’t just apologise for [his] comments is beyond me.’

Strikingly, Jones said that instead of sharing that platform with problematic Eddie, he would be getting ready for the ‘big Stop the Coup demo’. To remind you, that demo, in London on 31 August 2019, was a mass gathering of middle-class reactionaries waving EU flags and calling on the state to ‘Stop Brexit’.

So instead of speaking alongside a working-class activist who supported the British people’s democratic revolt against the racist, neoliberal EU, Jones was getting excited about a middle-class march that bashed Boris, bashed Brexit and pleaded for a return to the racist, neoliberal EU. Never had his bourgeois tendencies been so embarrassingly exposed.

So here’s the thing: what the Remoaners are currently doing to Dempsey has already been done to him by the radicals. Including by chief Momentum activist, Michael Chessum, who said leftists should ‘not be on platforms like this’ – ie, platforms with Eddie Dempsey. The Thatcherite sting against this working-class trade unionist was set in motion by self-styled socialists.

The shared dread of Dempsey between liberal-leftists and woke leftists confirms the narcissism of small differences between these two camps. Their weekly shouting matches only disguise how much they share in common. Particularly on the issue of working-class democracy. The woke side might refer to working people as ‘gammon’, while the liberals prefer to brand them Europhobes, but both clearly believe that the uneducated throng should not have too much power.

Indeed, both sides expressly downplay the importance of class. Liberals scoff at the idea of independent working-class thought, insisting that, actually, these commoners are controlled by posh demagogues in Westminster and the media. And radicals reduce class to a mere ‘intersection’ in their intersectional creed, so that class is no longer the overarching social relation but just another identity in today’s ever-growing list of identities.

No wonder a trade unionist who says the working class has both the capacity and the right to govern society gives both a fit of the vapours.

All of this raises important questions about Enough is Enough. This movement might have been made by trade unions, but it is increasingly being infiltrated by a managerialist middle-class left. By the kind of people who hate Brexit, fear the people who voted for it, and likely would also have said ‘No’ to sharing a platform with Dempsey a couple of years ago. Mr Dempsey, remember: you cannot build a movement with your class enemies.