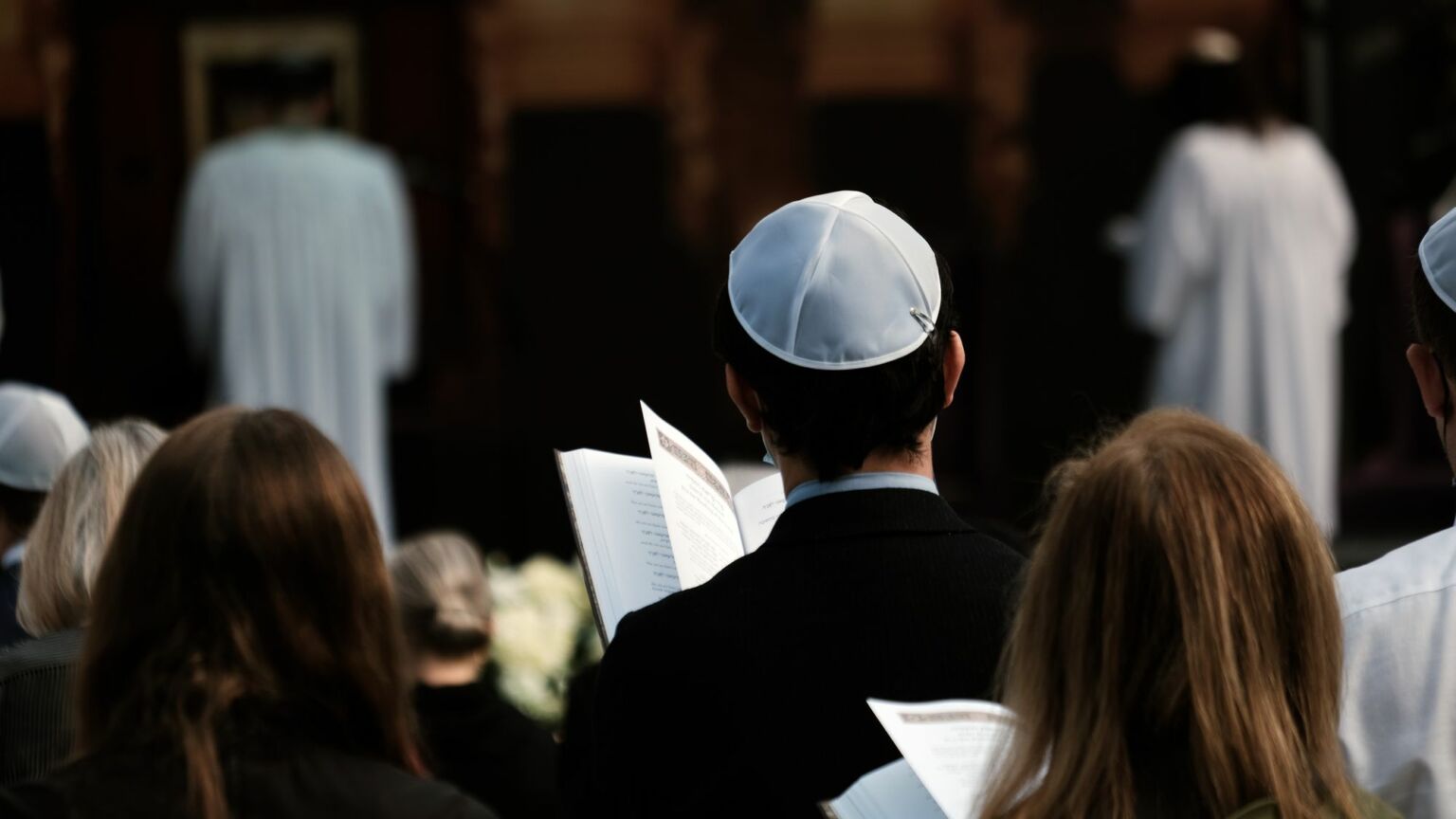 There are dark days ahead for the Jewish diaspora

America’s Jewish leadership is far too complacent about left-wing anti-Semitism.

Jews around the world, particularly outside the fortress of Israel, are threatened in a way not seen since the 1940s. A fundamentally unstable world, with rising class and racial animus, creates a perilous environment for history’s favourite target, as seen previously in such periods as the fall of Rome, the Crusades, the Black Death and the Great Depression of the 1930s.

Faced with rising anti-Semitism, Jews lack a leadership that is focused squarely on this challenge. Instead, the bulk of the community leadership concentrates largely on attacks from the right – on the shadowy white nationalists who, however small their numbers, most closely resemble the worst anti-Semites of the past, and who sometimes even use Nazi symbolism for inspiration.

Yet as noxious as the far right is, it is a fairly marginal force in places like the US. There are far-right brutes with guns, so the right can be lethal when stirred. But compared with the anti-Semitism of the ‘progressive’ left, the far right’s anti-Semitic agenda has little influence on Congress, academia or the mainstream media. Indeed, in the media, anti-Jewish hate crimes are consistently underreported, even though crimes against Jews are the highest per capita among any minority group. To the legacy media, these anti-Semitic crimes – unless they are committed by white nationalists – are simply less important than those against Muslims, Hispanics and African Americans.

To be sure, Jews still have reasons to fear the far right, which has long been infected by anti-Semitism. This threat has been exacerbated by the polarisation of US politics, which has pushed many more people to the extremes than usual, and by the popularity of conspiracy theories among ultra-conservatives. The serially disgraced Trump’s growing reliance on truly reactionary political movements has enhanced the far right’s position far beyond its actual numbers.

Indeed, some Republican Party spokespeople adopt tones that should make many Jews uncomfortable. Rightist media star and Trump ally Candace Owens, for example, once stated that Hitler would have been ‘fine’ if confined to Germany. Trump-backed gubernatorial candidates, likely losers in both Illinois and Pennsylvania, have also made statements that would make most Jews cringe. The fact that neo-Nazis have turned up outside right-wing meetings, like the Turning Point USA conference this summer in Florida, is a source of total embarrassment for the right – even though Turning Point denounced the Nazis and wanted nothing to do with them.

In at least one case, during last year’s gubernatorial race in Virginia, Democrats sent fake white supremacists to Republican campaign rallies in order to embarrass the GOP. But some Trumpians don’t need to be fooled in order to embrace extremist memes. Pennsylvania gubernatorial candidate Don Mastriano, for example, has embraced far-right activists who claim he will lead Pennsylvania into ‘the glory of God’. Trump may have Jewish grandchildren and only a short, opportunistic affinity to the cultural right, but last week Trump loyalists hurled hateful and anti-Semitic rhetoric at the judge who approved the search warrant for the raid on Trump’s Mar-a-Lago home.

The bigger challenge, albeit still less lethal, comes from the left. Throughout the world, this is where the demonisation of Israel and its anti-Semitic implications have found their strongest support. We have seen hints of anti-Semitism in the UK Labour Party, in La France Insoumise, led by Jean-Luc Mélenchon, as well as in the ‘Squad’ of far-left US congresspeople. These leftists often adopt conspiracy theories about Jewish money and influence, embracing what German social democrat August Bebel famously described as the ‘socialism of fools’.

In the US, some members of the Squad and ‘progressive’ wannabe-candidates solicit support from outspoken anti-Semites, including those who have denounced Jews as ‘Satanic’. In races from Maryland to Michigan, Jewish campaign contributors have struggled to unseat or challenge ‘progressives’ who tilt against Israel and Jewish causes. In one high-profile case last year, Andrew Yang, who was running for mayor of New York City, walked back a statement of support for ‘the people of Israel’ after a voter confronted him over it at a campaign stop in Queens. Representative Alexandria Ocasio-Cortez also condemned Yang’s support for Israel as ‘utterly shameful’.

Often the Jewish leadership in the US seems more interested in preserving its progressive bona fides than protecting its own community. Many leading Jewish organisations, like the Anti-Defamation League (ADL), focus far more on ‘white nationalism’ than on the more sustained and systemic threat from the left. Some, including the ADL, have sympathised with and donated to the Black Lives Matter movement, whose leadership calls the Jewish state an ‘imperialist project’ that it wants to ‘end’. Others on the left have wholeheartedly embraced the Boycott, Divestment and Sanctions (BDS) movement, which slanders Israel as ‘an apartheid state’ that commits ‘genocide’.

Yet despite this, in 2020, as Charles Jacobs and Avi Goldwasser of the Jewish Leadership Project report, the ADL signed on to a statement, published in a full-page ad in the New York Times, endorsing the Black Lives Matter movement. The ADL’s CEO, Jonathan Greenblatt, was later forced to admit that ‘some involved in the cause hold hateful ideas’ and have ‘engaged in anti-Semitic rhetoric’.

What’s more, even when a BLM march recently turned into a riot in a primarily Orthodox neighbourhood in Los Angeles – looting Jewish businesses and defacing synagogues – the ADL downplayed the riot and even denied that Jewish businesses or institutions ‘were broadly targeted for vandalism’.

The ADL and the progressive Jewish leadership have also rushed to the defence of billionaire George Soros, who has financed the very prosecutors widely associated with rising crime in cities with large Jewish populations, like Los Angeles, New York, Chicago and San Francisco. Attacks on the elderly financier have been portrayed as motivated primarily by anti-Semitism – a Pavlovian response repeated in progressive mouthpieces like the Guardian, the Washington Post and Vox.

Of course, some right-wing conspiracy theorists may attack Soros for his ethnicity, but as Tablet magazine has pointed out, no such cries of anti-Semitism were issued when progressives attacked the late right-wing Jewish billionaire Sheldon Adelson. Critically, Soros is both a self-professed atheist and a strong opponent of Israel.

This single-minded focus on the far right does little to help Jews where they tend to live and work. Overall, ‘white nationalists’ are not thick on the ground in places like Brooklyn, where the attacks on Jews most often take place. More often, the attacks are carried out by other minorities, predominantly from Muslim or African-American backgrounds. This is a truth that cannot be spoken openly in polite circles.

Places once seen as safe for Jews – such as New York, San Francisco, London and Paris – are now often the least so. Last year, for instance, London experienced a ‘hate convoy’ of Palestinian activists who shouted anti-Semitic slogans while driving through one of the city’s heavily Jewish quarters.

Meanwhile, Boston, America’s premier college town, is home to ‘The Mapping Project’, associated with the BDS campaign. The Mapping Project says it provides ‘an organising tool’ for ‘fighting back against Zionism’. It does this, essentially, by identifying Jewish organisations as potential opponents. In the concise formulation of US representative Seth Moulton, ‘this project is an anti-Semitic enemies list with a map attached’.

Academia, long a favoured locale for Jews, is now particularly hospitable to anti-Semitic activities, too. Schools in elite areas, such as the Westside of LA or the Upper East Side of Manhattan, routinely promote neo-racialist ideas that identify Jews as ‘oppressors’, despite millennia of Jewish oppression. The UK’s National Union of Students (NUS), a 100-year-old organisation that represents seven million British university students, will no longer be formally recognised or given a ‘seat at the table’ by the UK government due to the alleged ‘anti-Semitic rot’ at the heart of the organisation.

For some Israeli nationalists, this development must seem like manna from heaven. There are now clear signs of the gradual unravelling of diaspora Judaism. Zionist ideology, particularly in the rightist and the hyper-nationalist brand that now dominates Israeli politics, takes it on faith that anti-Semitism always exists and will express itself even in the most ‘enlightened’ countries. As Joshua Cohen notes in his Pulitzer-winning book, The Netanyahus, for these Zionists, America is not ‘the new Jerusalem’, but a potential charnel house akin to Europe during the Crusades, Inquisition-era Spain or 20th century Germany.

The goal for right-wing Zionists, Cohen notes, is the gradual elimination of the diaspora. And their dreams could come true. The Jewish diaspora is, on the whole, losing a demographic war with assimilation and indifference in its most vital locales in the United States and Canada. Meanwhile, it is declining in Europe, South Africa and Argentina – already centres of strong anti-Semitic agitation. Today over 45 per cent of all the world’s Jews live in the Jewish state. And Israel is expected to account for more than a majority by 2050, by which point the US will barely have a third of the world’s Jews.

This decline is not inevitable. Despite the claims of hardcore Zionists, the diaspora remains a vital force in the cultural, economic and political life of Jewry. After all, dispersion has dominated Jewish history, even before the Romans sacked the Temple. And much of the tribe’s greatest accomplishments have taken place in ‘exile’, whether in Alexandria, Córdoba, Berlin, New York or Los Angeles.

But the Jewish diaspora can only survive if the community leadership gives up on its delusions and focuses on the threats it faces from all political directions, especially in this fraught atmosphere of increasing instability and uncertainty.