Mick Hume on the West’s turn against free speech. 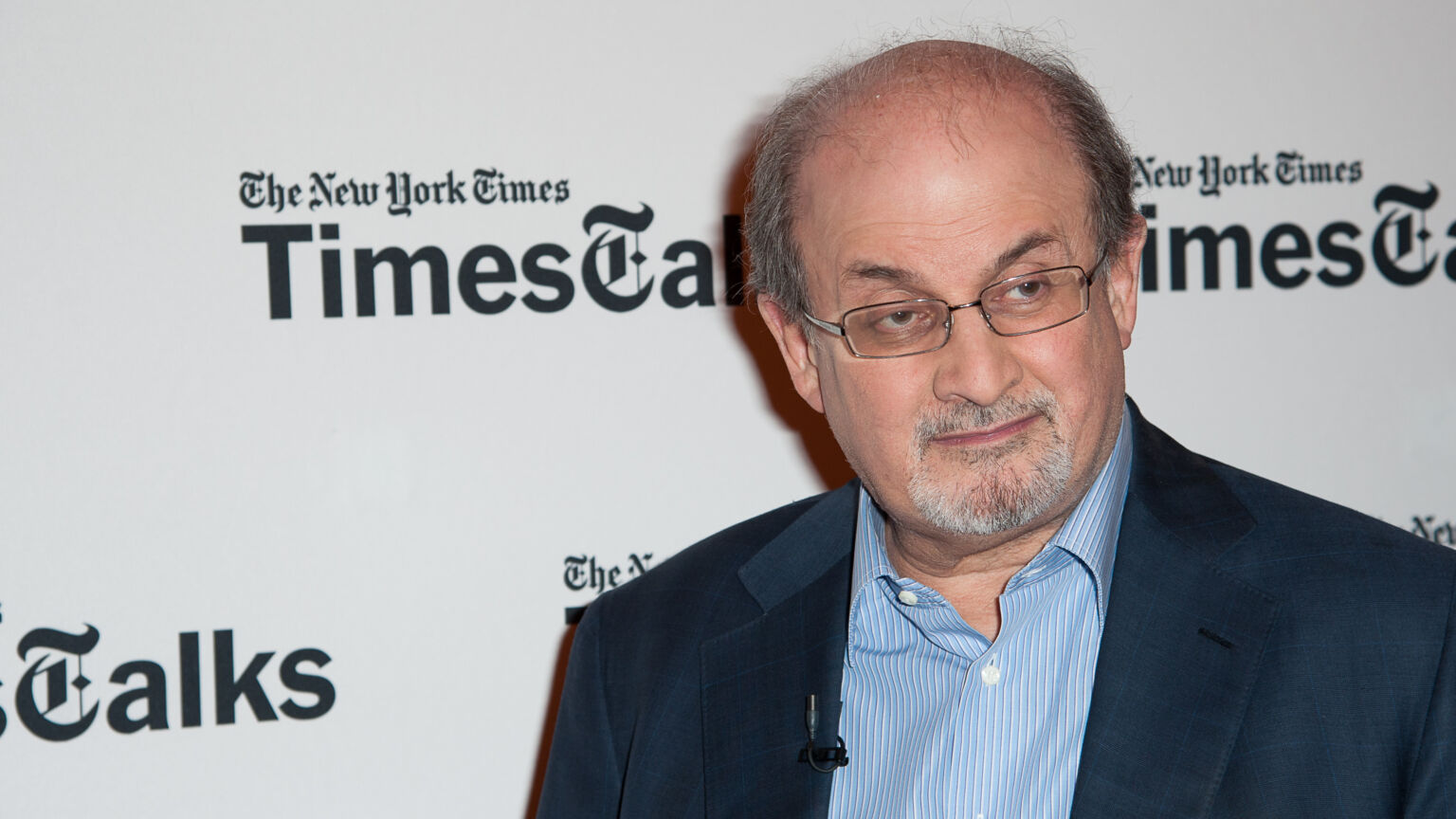 Blasphemy. That is the incendiary charge laid at the door of Salman Rushdie by his Islamist enemies – from the Ayatollah Khomeini who issued the fatwa in 1989 to the suspect who attacked him earlier this month. Today, in the liberal West, we tend to think of blasphemy as an outdated offence – belonging to a pre-modern era. Yet it is increasingly clear we have replaced the old blasphemies against the church with new taboos – where unorthodox ideas are branded ‘hateful’ rather than heretical. Could this be why the solidarity for Salman Rushdie has been so thin and fleeting? Has the West given in to the idea that certain blasphemies cannot be tolerated?

Mick Hume is a spiked columnist and the author of Trigger Warning: Is the Fear of Being Offensive Killing Free Speech?, which Rushdie himself described as ‘an important book’ that ‘couldn’t be more timely’. Mick joined Brendan O’Neill on the latest episode of his podcast, The Brendan O’Neill Show. What follows is an edited extract from their conversation. Listen to the full episode here.

Brendan O’Neill: Less than 10 years after the fatwa on Salman Rushdie, in 1997, the Runnymede Trust put forward what is now a widely accepted definition of ‘Islamophobia’. It included not just what everyone would recognise as racist views about Muslims, but also moral judgements about Islam as a religion, as well as political speech and political critcism. Did we not, effectively, just rebrand our old blasphemy laws under this new guise of Islamophobia?

Mick Hume: The last prosecution for blasphemy in Britain was in 1977. It seems like ancient history. In 2008, Tony Blair actually abolished the UK’s blasphemy laws. Although this was a necessary step, there was very little to celebrate, because we were replacing them with hate-speech laws, of which ‘Islamophobia’ became one of the central charges. This was the secular, modern equivalent of blasphemy. It set out what couldn’t be said and what should be punished – perhaps not by death, but certainly by being silenced, and possibly by being locked up.

There are very few old-fashioned blasphemy laws across the West, but almost all societies now have hate-speech laws. We shouldn’t imagine for a moment that this is an East-West divide, that it’s only in the Middle East where people get punished for blasphemy.

O’Neill: The language has changed, but the instinct is the same, which is to shut down the questioning of certain ideas. Phrases like ‘transwomen are women’ are often repeated almost as a religious mantra, but they’re never explained. Our role is to repeat them, rather than to say what we really believe. Do you see a common thread between the hardline Islamists and the new woke religionists?

It was surely no coincidence that JK Rowling, who is hated by the woke, also received death threats in the wake of the Rushdie attack. Apparently, this was from someone with Islamist leanings, in response to her support for Rushdie. Why would Islamists go after JK Rowling? What do they really care about her views on trans? It’s as if there’s now an unholy alliance between Islamists and identitarians.

It is also clearly the case that the anti-free-speech culture in the West gives a green light to those who want to take things further than cancellation and attack somebody. When Western ‘liberals’ say ‘your speech is the equivalent of violence’, then why shouldn’t someone conclude that it is legitimate to use violence to stop someone speaking?

Hume: In my book Trigger Warning, I say we are living in the age of the ‘reverse-Voltaires’. There’s Voltaire’s classic phrase, or rather the phrase that is attributed to him by his biographer: ‘I disagree with what you say, but I’ll defend to the death your right to say it.’ The reverse-Voltaire says: ‘I hate what you say and I will fight until the death of free speech for my right to stop you saying it.’ On that basis, there is little disagreement between the Islamist and the identitarian wings of the anti-free-speech movement. They’re all in the same boat, whether they admit it or not. And on a day-to-day basis it’s the woke culture warriors who we’re fighting against in our struggle for free speech.

It’s time to get angry about this, about what has been done to free speech in our societies. And it’s time for the blasphemers of the world to unite in support of heretical free-speech heroes like Salman Rushdie.

O’Neill: There are younger generations who have probably never been exposed to the arguments for why free speech is such an important principle in a civilised society. Do you think we can win over young people to the view that this is a freedom that should never be curtailed?

Hume: One thing we always have to remember is that free speech is the most important liberty on which all others stand. A lot of young people don’t understand that. But it isn’t because they were born to be a generation of illiberal reactionaries. In my experience, when you do make the case to young people for why free speech is important, you can see the scales fall from half of their eyes and they become very excited by it.

We have got to keep reiterating that free speech is the lifeblood of democracy. If you do not have the right to argue for what you believe, then what does democracy mean? Where is the choice that we’re making?

Free speech is also the basis of all human autonomy, of our status as individuals. If you don’t have that, then you are not a free human.

And in a practical sense, free speech is absolutely fundamental to every struggle for equality, freedom and liberation. If we’re not prepared to stand up for absolute freedom of speech then none of those struggles can be won.

But there is now a knife at the throat of free speech – not only in Putin’s Russia, or in Afghanistan under the Taliban, but also in our supposedly free Western societies, as the attack on Salman Rushdie has dramatically and terribly illustrated.