Why we need to win the argument for choice

Clamping down on anti-abortion views will do nothing for the pro-choice cause. 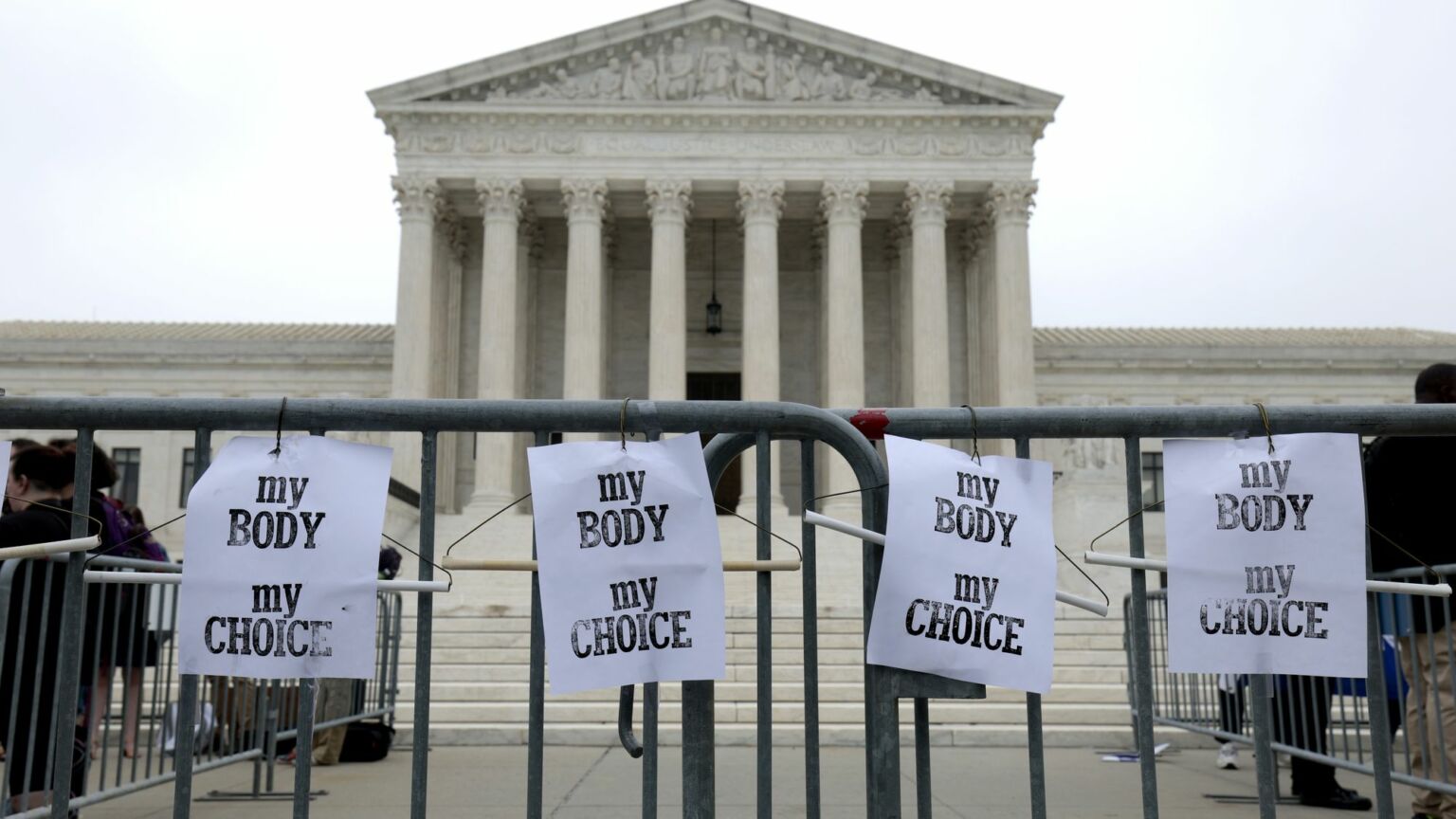 Pro-choice Americans have a serious fight on their hands. Since the Supreme Court’s decision in June to strike down Roe v Wade, which held that the right to abortion was protected by the constitution, abortion has once again become a question for state legislatures. And so now begins the hard work of winning the democratic argument for choice – of persuading the people in those ‘anti-abortion’ states of the case for women’s reproductive freedom.

So it is more than a little disappointing to see many on the pro-choice side now seeking to shut down that debate. Last week, a public letter signed by over 600 US abortion providers and healthcare workers, and organised by Physicians for Reproductive Health (PRH), was published by the feminist magazine Jezebel. The letter calls on the media to de-platform anti-abortion activists.

The letter claims that the media, in seeking to provide balance on the abortion debate, are giving too much ‘airtime to anti-abortion extremists’. And by doing so, journalists are enabling ‘dangerous lies to spread’.

One signatory, a PRH board member, tells Jezebel that she will no longer engage in media requests that either require her to debate an anti-abortion activist or even simply plan to present her views alongside anti-abortion views. ‘My job is not [to] engage or debate, quite literally, white supremacists’, says. She similarly accuses her anti-choice opponents of being connected to ‘violent hate groups’.

As well as deriding the opponents of abortion as beyond the pale and unworthy of engagement, the letters’ signatories even try to claim that abortion is not a legitimate subject of public discussion. ‘Allow us to be clear: medicine and science are not up for debate’, the letter declares.

This is wrong and counter-productive on a number of levels. For the pro-choice side to run away from debate would be a catastrophic error. Just because the current Supreme Court and many Republican lawmakers are bitterly opposed to abortion does not mean that the broader public cannot be brought around to a pro-choice view.

On the contrary, earlier this month, in Kansas, when the question of abortion rights was put directly to the people in a referendum, voters turned out in huge numbers for the pro-choice side. An amendment to the state constitution that would have eliminated protections for abortion rights was rejected decisively. Clearly, these voters did not need to be shielded from anti-abortion views to come to a pro-choice conclusion.

The Kansas vote fits a pattern we have seen around the world. Over the past 15 years, the pro-choice side has won referendums in Ireland, San Marino and Portugal – all places that might once have been written off as too religious or traditional to support abortion rights.

Yet despite the pro-choice side passing these democratic tests – despite all this proof that mobilising supporters via the ballot box is a winning strategy – too many in the US pro-choice movement are still wary of democracy and debate. Instead of trying to win over the public with progressive arguments for women’s bodily autonomy, they would rather shirk the debate altogether, either by de-platforming opponents or by insisting that the debate should be left to medical experts or the courts.

Even those of us who are staunchly pro-choice know that abortion is about far more than science and healthcare. Pro-choice views tend to be grounded in beliefs in freedom, equality and privacy. Whether a woman can access an abortion or not will determine whether she is able to excercise her moral and bodily autonomy.

Usually, it is the anti-choice side that likes to reduce all the ethical questions around abortion to a matter of ‘ending human life’. Yet in the case of the letter in Jezebel, it is the pro-choice side that is attempting to strip the argument for abortion rights of everything that makes it politically progressive.

The letter also tries to argue that by airing anti-abortion views, the media are encouraging harassment and even violence towards abortion providers. It is true that at many clinics, workers and women seeking abortions can face harassment and protests. Physicians, gynaecologists, receptionists and security guards who work at abortion clinics have even been killed by anti-abortion extremists over the years. Just last month, a man was charged with arson in Kalamazoo, Michigan for setting fire to a Planned Parenthood building after posting anti-abortion content on his YouTube channel.

But such violence is clearly not representative of mainstream anti-abortion activism. And it is certainly no excuse for the pro-choice side to vacate the arena of public debate.

After all, without robust debate, how will pro-choicers take on the ‘dangerous lies’ that they attribute to anti-abortion campaigners? There’s no doubt that the anti-choice side makes numerous false claims – from pseudoscientific assertions that abortion causes breast cancer to conspiracy theories about fetuses being tortured or ‘harvested’ in abortion clinics. But surely it is better to rebut such myths in public and to correct the record, rather than letting these ideas fester underground.

The truth is that the pro-choice side needs to do far more to raise public awareness about the reality of what abortion services provide and why they are necessary. For instance, whenever I write about abortion on spiked, a typical response is that women simply need to learn how to use contraception. But the reality is that one in four women seeking an abortion in the UK were using contraception at the time they got pregnant. Unless pro-choicers engage in public debate, such misconceptions will go unchallenged.

Fighting for freedom is never easy. But the battle can only be won by engaging the public in a serious discussion. Only then will the argument for choice and autonomy stand a chance of winning out. Banning the other side or refusing to debate will get us nowhere.