The green threat to the First Amendment

Freedom of speech must include the freedom to question climate-change policy. 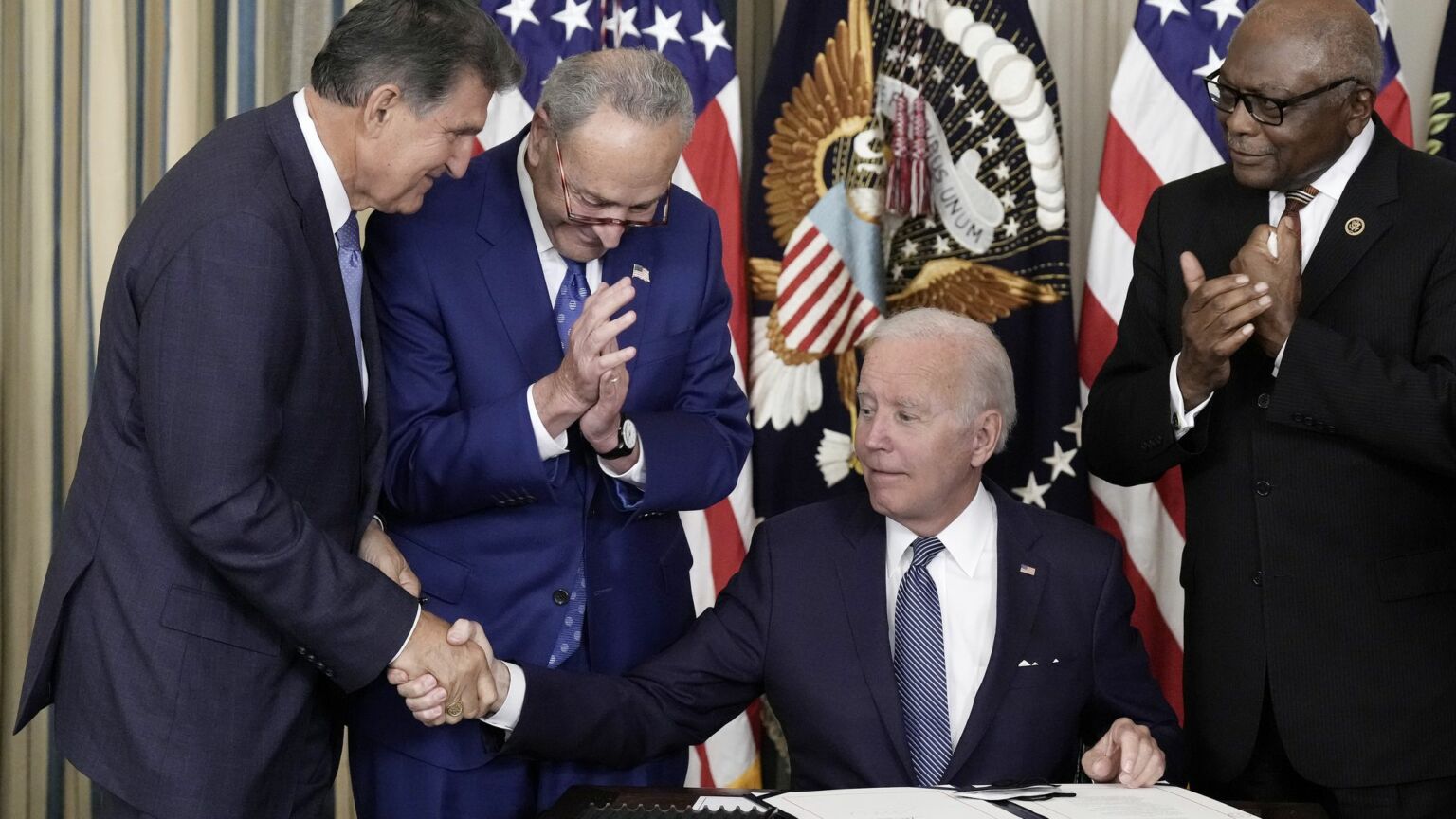 It’s never a good sign when a government launches a policy and instantly decrees that criticism of that policy is not allowed. It’s happening in the US right now. This week President Biden signed a bill which, among other things, will pump billions of dollars into the renewable-energy sector. And woe betide the American citizen who queries the bill. Pity the American voter who wonders out loud if it might not be the best idea in the world for an advanced economy like America’s to become increasingly reliant on whimsical wind and solar power. For the Biden administration has already said that ‘seeding doubt’ about renewables is unacceptable, and might even need to be silenced.

It’s called the Inflation Reduction Act. It will do many things, including shake up elements of America’s tax system and lower the cost of prescription drugs. It is also, in the words of Forbes, ‘the most comprehensive US initiative to mitigate climate change yet’. It promises to plough $369 billion into energy security and climate-change reduction programmes over the next decade. Renewables will get a massive boost. The White House predicts that, thanks to this act, the US will have 950million solar panels and 120,000 wind turbines by 2030. And it is apparently every American’s duty to nod uncritically along with this revolution in renewables, because any expression of ‘doubt’ about it could be bad for ‘public health’.

That chilling decree came from Gina McCarthy, the White House’s national climate adviser. In June, as this bill was wending its way through the Senate, Ms McCarthy gave an interview in which she called for a ‘crack down on climate-change misinformation’, as one headline put it. There’s nothing new in green types dreaming of silencing their opponents, of course. For decades the eco-movement has cynically branded critics of climate-change alarmism ‘deniers’ and insisted they be deprived of the oxygen of publicity. But what is striking about McCarthy’s authoritarian disdain for ‘climate-change misinformation’ is that she says she wants to chase down not only those who supposedly deny ‘the science’, but also those who question government policy.

McCarthy says denialism has moved on. ‘Now it’s not so much denying the problem [of climate change]’, she says; rather, it’s ‘seeding doubt about the costs associated with [green energy] and whether they work or not’. So we’ve gone from science denialism to… what? Political denialism? Policy denialism? Fossil-fuel companies are using ‘dark money’ to ‘fool’ the public about ‘the benefits of clean energy’, she says. And apparently, ‘seeding doubt’ about clean energy is ‘equally dangerous to [climate-change] denial’. Asked if such doubts pose a threat to public health, in that they might hamper officialdom’s plans to go green, McCarthy said: ‘Absolutely.’ The solution to such health-harming scepticism? ‘We need the tech companies to really jump in’, she said. That is, the social-media giants must do more to thwart the policy deniers.

Welcome to the era of Gina McCarthyism, where officials insist that certain ideas are just too ‘dangerous’ for public life. It is really worth thinking about the magnitude of McCarthy’s intervention. As the bill that Biden signed this week was being pored over and discussed by the American people’s elected representatives, this official from the White House was saying that any questioning of ‘clean energy’ policy is equally dangerous to outright climate-change denial. As the Wall Street Journal points out, the shift from obsessing over ‘science denialism’ towards fretting about ‘policy denialism’ represents a move to ‘censorship phase two’ – ‘which is shutting down debate over climate “solutions”’. In problematising discussion about a particular policy, at the exact time that that policy was being weighed up by elected representatives, McCarthy was enforcing a chilling effect on the democratic process.

McCarthy’s call on Big Tech to ‘jump in’ raises serious questions about the circumvention of the First Amendment. To the envy of many of us outside observers, the American government is forbidden from restricting freedom of expression. But private companies, on the platforms they own, face no such restraints. They can delete content, hide controversial ideas, unperson people. And it’s clear that some in the Biden administration are keen to outsource the authoritarian instincts that they are not allowed to act on to their likeminded friends in Silicon Valley. The social-media overlords are increasingly doing the censorious bidding of US government officials – intervening in debates on everything from Covid to ‘clean energy’. Perhaps those conservative scholars who say Big Tech companies behave as ‘state actors’ when they censor at the behest of government, and therefore should be sued under the First Amendment, are right.

It isn’t just Gina McCarthy. Many in the green elite now openly talk about ‘policy denial’. ‘Policy denial’ is when someone accepts that climate change is happening but ‘[denies] that there’s anything that can or should be done’, says one observer. Scientific American says ‘modern-day climate denial’ includes ‘oppos[ing] policy measures to confront the problem’. It gives as an example of ‘policy denial’ Bjorn Lomborg’s belief that ‘poverty and access to safe food and drinking water need to be addressed before climate action is even considered’. So even to question the prioritisation of climate change above all other issues, even to say ‘Let’s fix poverty first’, is to be a denialist. This is a blatant effort to demonise criticism, scepticism and debate, which should be the lifeblood of every democracy worth the name.

Eco-censorship has always been fundamentally political. Even when greens said they were only going after people who question ‘the science’, really it was an ideological clampdown on heretics who dare to question the hysterical claims and harmful policies of the climate-change lobby. Now, however, it’s clearer than ever that this is political censorship. Out has gone the handwringing over ‘science denial’, in has come the demonisation of ‘policy denial’ – that is, of politics itself. Biden’s new bill is not all bad. For one thing it will help to boost the nuclear industry, by investing in both existing nuclear plants and newer, more advanced reactors. But the billions for renewables are questionable. The entire idea of advanced societies turning to unpredictable, unreliable renewables is questionable. And people must be free to say so. It isn’t ‘denialism’ to question government policy – it’s democracy.