Her Taiwan trip shows how confused and narcissistic American foreign policy has become. 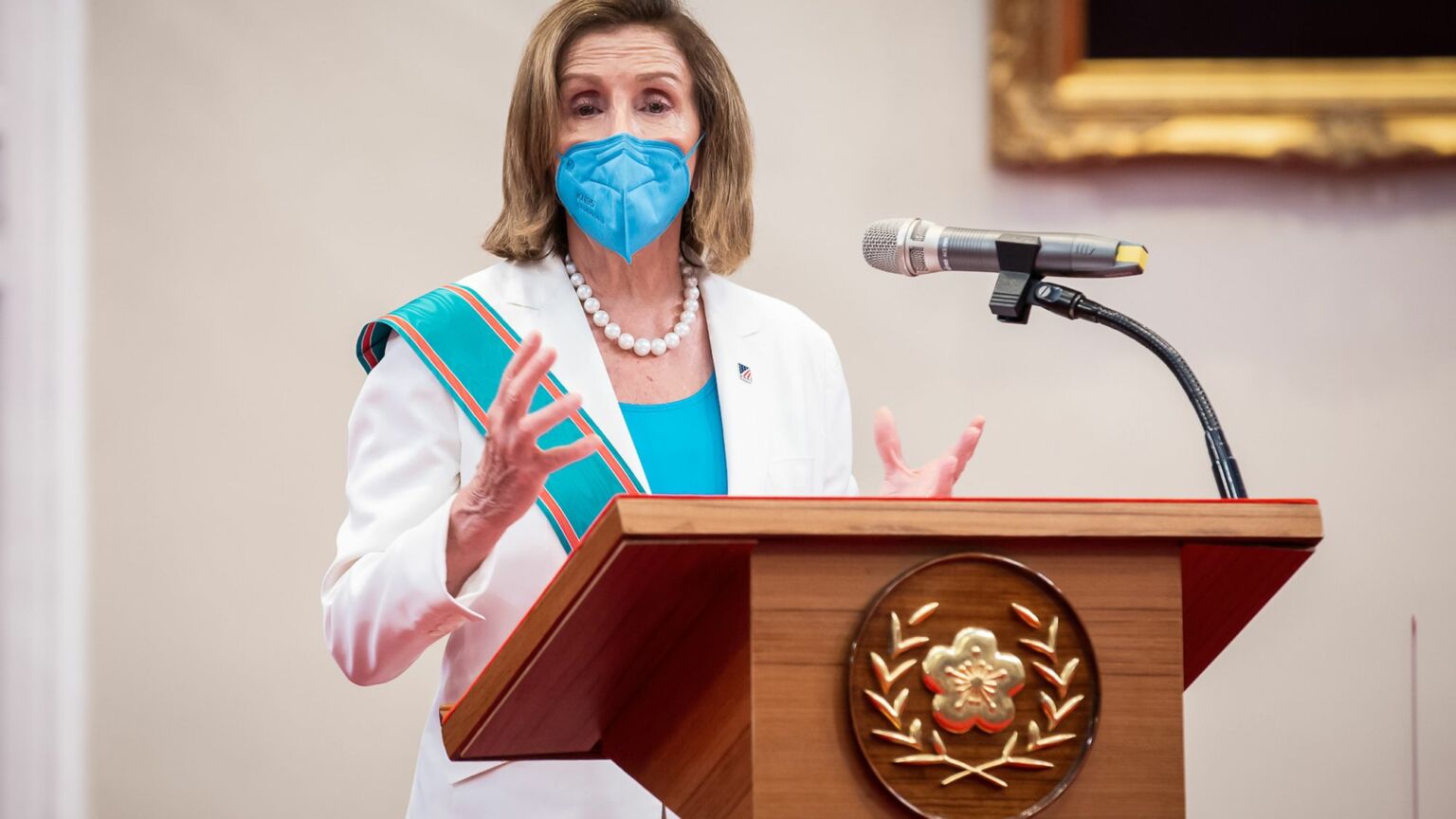 ‘Not a good idea right now.’ These words, uttered the other week by Joe Biden, could easily be a contender for the understatement of the year. This is how the president of the United States, conveying the views of his military advisers, chose to describe House speaker Nancy Pelosi’s visit to Taiwan this week.

So what was Pelosi thinking? Her planned two-day visit – news of which was leaked to the Financial Times last month – was always going to ratchet up global tensions. It could only ever have sent US-China relations plummeting to new depths. And that is exactly what it has done.

Within half an hour of Pelosi’s arrival, the Chinese armed forces vowed to undertake a ‘targeted military operation’. On Tuesday, they began an unprecedented six days of military drills around Taiwan’s territory. And from tomorrow China is expected to conduct ‘live fire’ exercises. All of which amounts to an effective blockade of Taiwan by air and sea. China has also suspended the trade of thousands of food products with Taiwan. The Taiwanese are already paying a heavy price.

None of these responses should surprise us. Beijing views Taiwan as a ‘breakaway province’ of the People’s Republic of China. It rejects any suggestion that Taiwan might be an independent nation. And a congressional visit, led by the highest ranking official to have visited Taiwan for decades, is more than just a suggestion.

For four decades, consecutive US administrations have maintained a policy of ‘strategic ambiguity’ in relation to Taiwan. While unofficial relations with Taiwan are robust, officially the US recognises the People’s Republic as the one and only China. The aim is to avoid provoking Beijing and to avoid encouraging Taiwan from declaring independence unilaterally, which would likely spur Beijing to invade.

Now Pelosi has ripped that strategic ambiguity to shreds. In a Washington Post op-ed yesterday, Pelosi said her visit should be seen as an ‘unequivocal statement that America stands with Taiwan’. She wrote of her admiration for Taiwan’s ‘vibrant, robust democracy’. And in a rousing call to arms, she said: ‘We cannot stand by as the CCP proceeds to threaten Taiwan – and democracy itself.’

Certainly, all right-thinking people admire Taiwan’s democracy and support its right to self-determination. The military seizure of Taiwan by Beijing would be an abominable crime. But is it really in anyone’s interests for the US to rock the boat with China so forcefully at this point, for nothing more than an extended photo-op?

Interests, strategy and tactical nous all seem to have taken a backseat in this Taiwan trip. Pelosi’s visit, judging from her own justifications, was in effect a reckless bit of virtue-signalling. It was a chance to show the world where Pelosi stands on Taiwan, and to engage in some freelance diplomacy.

What we seem to be witnessing is the strange personalisation of geopolitics. As one Democratic lawmaker suggests in the FT, Pelosi’s trip was ‘part of her farewell tour for her career, and she always wanted to go to Taiwan’. The site of one of the most dangerous potential flashpoints in the world today has been reduced to a stage for Pelosi to parade on.

Some will no doubt try to argue that Biden’s distancing of himself from Pelosi’s trip shows us that strategic ambiguity is alive and well – that the US can walk this delicate tightrope. But, as The Economist rightly argues, this speaks more to a ‘strategic confusion’ than a well-practised ambiguity. And this goes well beyond Pelosi’s trip this week.

Few presidents have so openly contradicted their own foreign policy as often as Biden has – especially on grave matters of geopolitics. In October 2021, Biden said the US was committed to defending Taiwan. And in May 2022, on a visit to Japan, Biden threatened to intervene militarily should China invade. Both statements were walked back within minutes. ‘Our policy has not changed’, Biden staffers were forced to ‘clarify’ on each occasion.

And there has been just as much loose talk in relation to Russia. A month before the war in Ukraine, Biden let slip that he’d be relaxed about a ‘minor incursion’ into Ukrainian territory. Which was no doubt music to Putin’s ears. Since then he has issued several intemperate threats, even vowing regime change in Russia at one point. These threats were also swiftly walked back.

This foreign-policy disarray is even more dangerous when it comes to China – the closest the US has to a rival superpower. And while neither side wants war, rising tensions are nothing to be dismissed, especially when it comes to a tinderbox as dry as Taiwan.

For an administration that promised to put ‘diplomacy’ back ‘at the heart of foreign policy’, Biden, Pelosi and Co have a remarkable knack for saying and doing the wrong thing at precisely the wrong time. And in doing so they end up leaving countries they want to defend in even more danger than when they arrived.