Woke: the language of tyrants

Even autocrats and terrorists now sound like whiney SJWs. 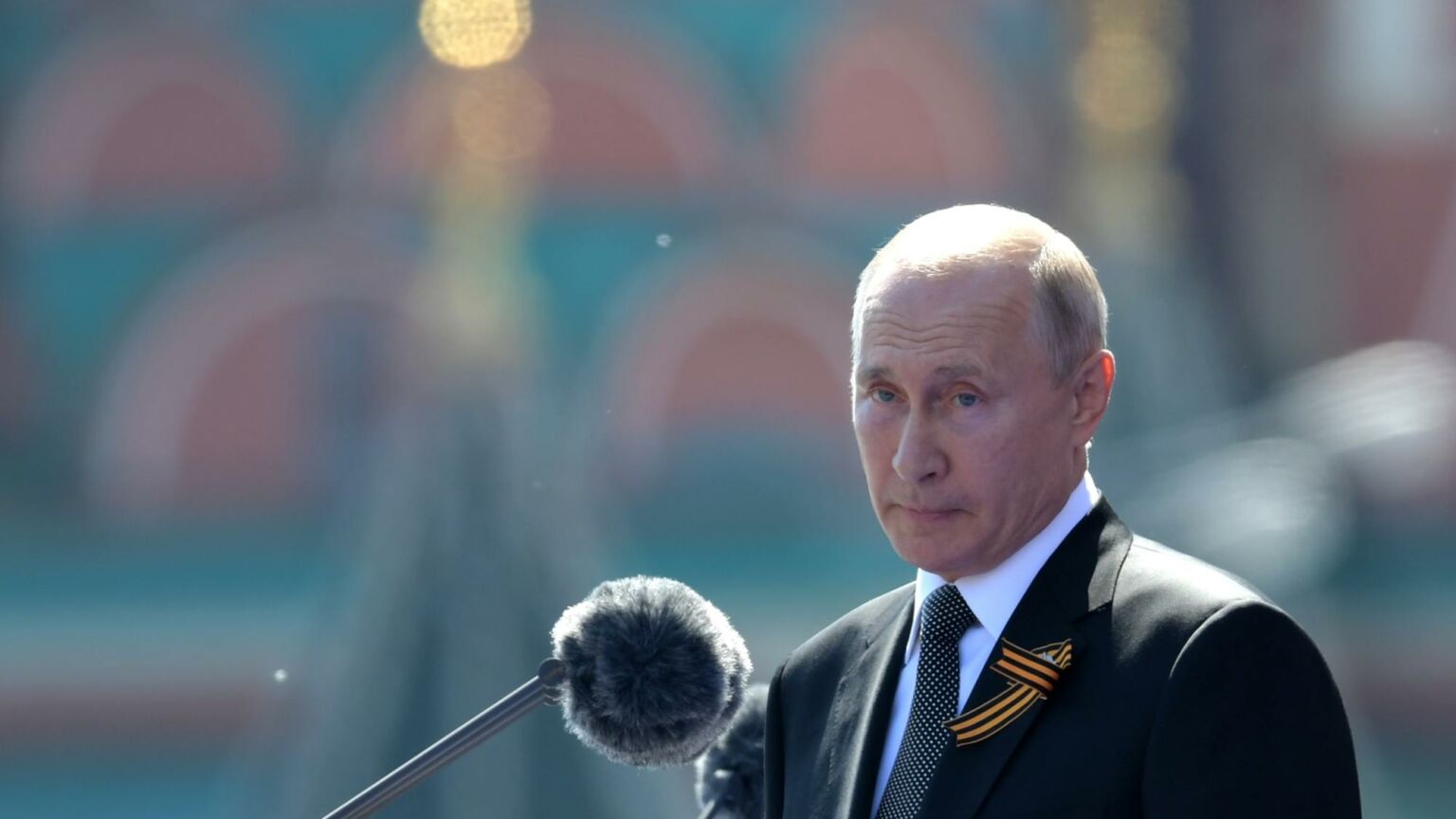 It’s annoying when one’s words are parroted by people clearly inferior to oneself. With my talent for turning a phrase, this has happened to me a few times. Watching Tony Blair snivelling about the ‘People’s Princess’ (mine) or Owen Jones sniggering about ‘cry-bullies’ (mine again) it’s not a pleasant experience to see one’s pearls spewed by swine. But if one believes in absolute freedom of speech – as I do – it must be borne with Stoic cheer, recalling the old saw ‘imitation is the sincerest form of flattery’.

The woke have also ruined a few words that I didn’t invent but have enjoyed using. ‘Community’ once brought to mind street parties and singing, whereas now it means someone getting offended on behalf of others. While ‘activism’ – once meaning getting out and organising people – now means sitting at home swearing at people on the internet. But even more amusing is when woke-speak is used by actual tyrants and totalitarians.

China, for instance, got quite hot under the mandarin collar recently about Dior’s recent ‘homage’ to the traditional ‘horse face skirt’ design, with Chinese students in Paris organising a protest on Saturday near the flagship store, their banners reading ‘Stop cultural appropriation’. You would think Chinese students enjoying Western freedoms might be more interested in protesting about the enslavement – metaphorical and actual – of their countrymen rather than fussing about frocks.

But China’s almost mischievous appropriating of wokedom is nothing new – recall China supporting Black Lives Matter while treating black people unfortunate enough to live in China as a cross between children and chattels. In a New Year television show a few years back, a skit that purported to pay tribute the ‘friendship’ between China and Africa featured a Chinese actress in blackface with a huge fake bum and a basket of fruit on her head. She was accompanied by an actor from Ivory Coast, who actually was black. The trouble was, he was dressed in a monkey costume.

With Vladimir Putin’s invasion of Ukraine, it was odd hearing him ramble on about the ‘Nazis’ who apparently ruled a country that had both a Jewish president and a Jewish prime minister – the only country ever to achieve this apart from Israel. Where had I heard this sort of hysterical blather before? From Rik from The Young Ones – and of course, from ‘Antifa’, the American ‘anti-fascists’ who express their hatred for Nazis by vandalising synagogues.

And it’s hard to imagine any belief system less woke than Islamism, with its murderous loathing of spirited women, homosexuals and atheists. But, knowing that it’s a good trick with which to worm one’s way into the affections of privileged young Westerners, Islamists are often keen to have a bash. It might sound like something out of a Chris Morris sketch but, in his salad days, none other than Osama bin Laden wrote a letter calling on the American people to help President Barack Obama fight ‘catastrophic’ climate change and make ‘a rational decision to save humanity from the harmful gases that threaten its destiny’. Just add the word ‘appalling’ and you would swear Prince Charles had written it.

The many memes comparing ‘Queers for Palestine’ with ‘Turkeys for Thanksgiving’ say it succinctly, but it doesn’t stop homosexual half-wits like Judith Butler from spouting balderdash like: ‘Understanding Hamas / Hezbollah as social movements that are progressive, that are on the left, that are part of a global left, is extremely important.’

As if attempting to get with the programme, when al-Qaeda praised the Orlando gunman Omar Mateen in 2016, it also criticised him for targeting gay men, scolding that jihadists should avoid ‘minorities’ lest their massacres be mistaken for hate crimes. In future, they should simply indiscriminately kill as many ‘Anglo-Saxons’ as possible. (That’ll teach them to have white privilege.)

President Erdogan of Turkey repeatedly warns of the rise of fascism in Europe – while turning Turkey into a tinpot dictatorship. Furthermore, according to Erdogan, recognising Turkey’s role in the Armenian genocide is – deep breath – Turkophobic, Islamophobic, xenophobic and racist. Woke bingo!

Ever cowardly and sneaky, even ISIS has been peddling SJW dogma, by setting up fake Facebook accounts – although this is not without comedic effect. As the Daily Beast put it: ‘As its far-flung flunkies abscond back into the shadows, [ISIS] has taken to trying to persuade through plausible deniability. [Although] “Meghan from Ohio” simultaneously calling to defund the police and kill all apostates may seem too stupid to take seriously.’

And then there’s Women’s March co-founder Linda Sarsour, allegedly a feminist: ‘You’ll know when you’re living under Shariah law if suddenly all your loans and credit cards become interest-free. Sounds nice, doesn’t it?’ Yes, you’ll know Shariah from that – and from not being allowed to feel the sun on your skin under punishment of death.

Closer to home, we have an example of scary men coming over all sensitive in Ireland, where Sinn Féin politicians have whimpered about how deeply upset and frightened they are after having their effigies burnt, with the grand secretary of the Orange Order coming in on their side to declare: ‘If you burn an effigy or burn a photograph of someone else, you obviously dislike them so much you hate them, so that would be for me a hate crime.’ Protestants and Catholics united at last – shame it had to be under the banner of namby-pamby-dom. I don’t recall any of the scary – but sensitive! – men being offended by Margaret Thatcher puppets hanging on gallows at the celebrations that marked her death, or by the burning down of the British Embassy in Dublin after Bloody Sunday in Derry, but no doubt this was different in some way.

Why is there such a crossover between ninnies and despots? Does #BeingKind all day just get too boring? Reading Orwell’s description of the Two Minutes Hate sessions in Nineteen Eighty-Four, it’s hard not to feel a shiver of recognition. This is Twitter:

‘Within 30 seconds any pretence was always unnecessary. A hideous ecstasy of fear and vindictiveness, a desire to kill, to torture, to smash faces in with a sledgehammer, seemed to flow through the whole group of people like an electric current, turning one even against one’s will into a grimacing, screaming lunatic. And yet the rage that one felt was an abstract, undirected emotion which could be switched from one object to another like the flame of a blow-lamp…’

Ideas of ‘cultural appropriation’ are really quite close to the fascist ideal of culture – a fantasy of purity, as opposed to the reality that we and our cultures are mongrels, with all the best stuff from everywhere swirled together to create something new and better. Wokers were always going to be the dupes of tyrants, hating everything modern and Western as they do – the phrase ‘useful idiots’ has never been more appropriate. The silly and the sinister are frequently bedmates politically, and they invariably spawn a monster – so it’s no one-way crush, but an actual committed relationship, sure to survive.

Yes, the language of woke has been co-opted by tyrants – but the culture of the tyrants was co-opted by the SJWs from the start, with the false accusations, the mob pile-ons and the dehumanising of those who the woke oppose. So if I may indulge, for once, in a little light everyone-I-don’t-like-is-literally-Hitler-speak, may I say that Goebbels himself would be proud of the Snowflake Battalion.