The committed Unionist did as much as anyone to bring an end to the war in Ireland. 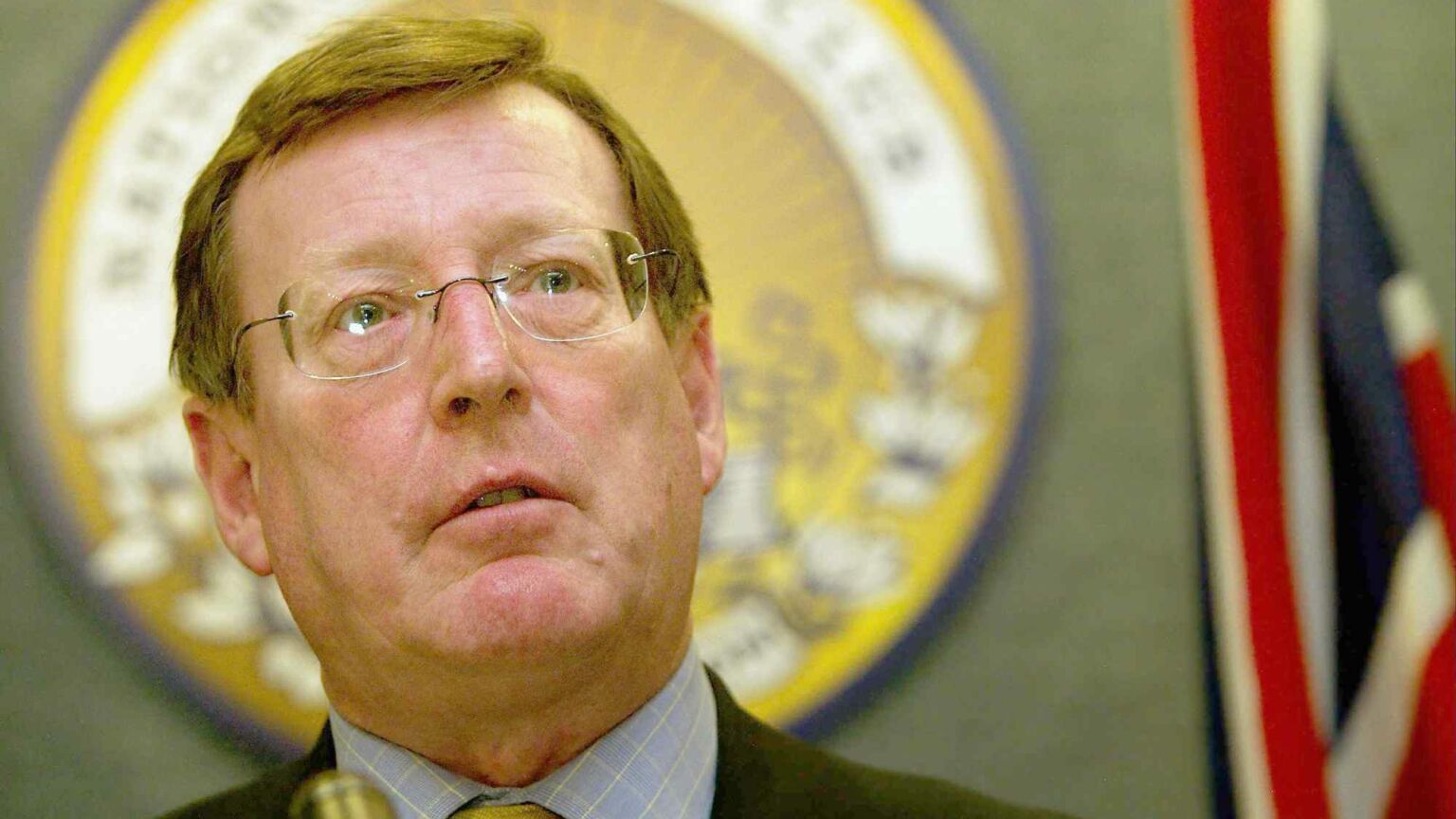 David Trimble, who died on Monday aged 77, deserved the accolade of major statesman. All of those involved in the Good Friday Agreement in 1998, including Irish republicans, are clear that without him there would have been no agreement. At the very least, any settlement between the British government and the IRA would have been more limited and contested, and even less effective than the actual agreement.

Trimble is only one of six UK citizens to receive a Nobel Peace Prize since the Second World War. In a sense he was the right man at the right time. All four Nobel Peace Prizes awarded to UK citizens in the past half century have been connected with Northern Ireland. Two went to the now largely forgotten Peace People’s Mairead Corrigan and Betty Williams in 1976, and the other to Trimble’s co-winner John Hume. The violence in Northern Ireland was a major embarrassment to liberal sensibilities across Europe and anyone who played a significant role in attempting to end the Troubles was extravagantly praised. The Nobel committee was even rumoured to want to include Sinn Féin president Gerry Adams in the 1998 prize.

Within Ireland, Trimble was always regarded as a hardline Unionist. He is still being described as such in this week’s assessments of his contribution from BBC Northern Ireland and other media outlets. I well remember being at an annual British Irish Association conference in 1995, when his election as leader of the Ulster Unionist Party was announced. The BIA conference was, and is, an annual get-together of the liberal elite from Ireland, Northern Ireland and those in Britain interested in Ireland, which is always held in an Oxbridge College. The news of his election was greeted as if it was the end of the world. All hopes of peace in Northern Ireland were, in their eyes, dashed by the election of this uncompromising hardliner, about whom there was little good that could be said.

His image in the media and elsewhere was as an Orangeman who had campaigned against nationalist attempts to reroute the Protestant Orange Order marches away from traditional routes where these came even tangentially close to Catholic housing. His background as a member of the Vanguard movement was also well known. Vanguard was a political party between 1972 and 1979, which split away from the mainstream Ulster Unionist Party and was close to the various loyalist paramilitary groups.

But what the bien pensant liberals got wrong was Trimble’s high intelligence as a senior Queen’s University law lecturer. It never occurred to them that an intelligent and thoughtful leader of Northern Ireland’s main Unionist party would be an asset in securing peace.

If he flirted with paramilitaries, it was because he, like many other Unionists, felt that the UK government could not be trusted to defend the Union against the IRA, which had implicit support from at least some politicians in the Irish Republic. This had the obvious consequence of pressing Unionists to look to their own defence.

Trimble was always a staunch and rational believer in the Unionist cause. His community was that of British Protestants. They had been under pressure since the spread of democracy in the 19th century had rendered their minority position in Ireland a weakness. However, their lack of trust in successive British governments did not strengthen the Unionist position. And violence by loyalist paramilitaries only led to a loss of sympathy and support across the UK and the wider world.

Trimble recognised this and chose to become a mainstream politician. His ‘hardline’ positions over such things as the Orange marches would not have been needed if UK governments had taken a firmer line in maintaining the Union. But with a large, growing and determined nationalist minority in Northern Ireland, the UK government always felt compromised. It did however provide the money and troops to maintain Northern Ireland’s economy and its position within the Union, even if it did so without much enthusiasm. When Tony Blair built on John Major’s determination to persuade the IRA to give up violence, the UK government had the moral right to dictate terms to Unionists. Trimble recognised that if the Ulster Unionist Party did not join in the negotiations a deal would be done over its head.

Once he reached this position, he worked honestly and hard to secure an agreement. That it favoured nationalists more than Unionists was unavoidable. An estimated 96 per cent of Catholics approved of the agreement but only a little over half of Protestants did, with most of the latter desperate to end the relentless violence and destruction at almost any political price. If he signed up to an agreement that guaranteed Irish unity in the event of a border-poll majority of even 50 per cent plus one, then this seemed far enough in the future to take the risk.

Other aspects of the Good Friday Agreement were impractical but unavoidable. The Northern Ireland Assembly was designed so that any party with around 15 per cent of the vote, including those formed by paramilitaries, would gain ministers in the executive as part of a complex involuntary coalition. Together with the rules to prevent majorities dominating minorities, the agreement has proved unstable. The executive and assembly have been suspended more often than they have been in operation, as is the case at present.

All of this was foreseen by Trimble’s Unionist opponents. Following the agreement, his Ulster Unionist Party quickly lost around two thirds of its previous supporters and nine of its 10 Westminster seats. By 2002, the Democratic Unionist Party took over as the main Unionist party – it was seen as a more reliable defender of the newly weakened Unionist position. Trimble did, however, draw the line at allowing the IRA to keep its weapons even as its representatives entered the assembly. I vividly remember his endless meetings slowly but relentlessly convincing his party’s reluctant assembly members to remain with the peace process.

Most of Northern Ireland and all of the wider world were grateful that the civil war had ended. Trimble asserted that the Union was secure, and served as Northern Ireland’s first minister for four difficult years. Although little was achieved in economic or social terms, he did manage to operate a power-sharing government and also did much to force the IRA to give up its weapons. His party was ruined in the process and has never really recovered, but Trimble’s achievement remains.

A quarter century on from 1998, his claim of a secure Union has been borne out, even if Brexit came to rock the boat more vigorously than he can have expected. His Euroscepticism was a major characteristic for as long as I knew him and his strong support for Brexit was not a surprise. He did however underestimate how destabilising the referendum would be, after Remainers achieved a 56 per cent majority in Northern Ireland.

Having risked so much in achieving the Good Friday Agreement, he was fully justified in opposing the Northern Ireland Protocol. He saw clearly how it was undermining the agreement even as Brussels claimed it was doing the opposite.

His enduring legacy will always be his central role in ending the tragedy of 3,700 people killed during the Troubles. His own side should also remember that he secured the best terms available for Unionism once the UK prime minister had decided that a deal with the IRA must be done.