How the BBC bungled the Tory leadership debate

This was a golden opportunity to repair its reputation. It blew it. 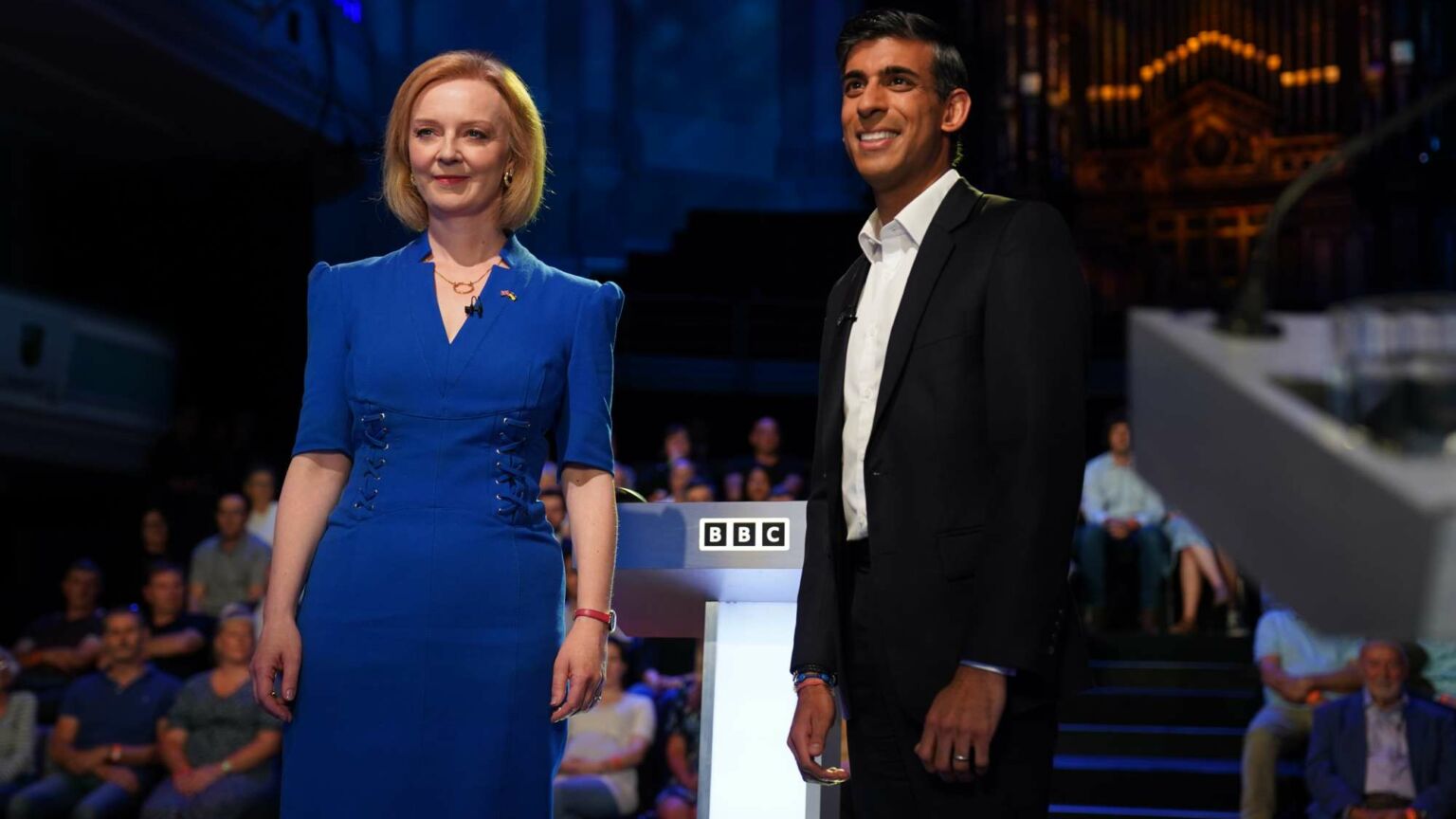 When I took my microphone off after moderating the 2010 General Election leaders debate on ITV – the first ever on UK TV – I knew we had done okay, but that we could do better.

We hit the questions the viewers were wrestling with. We mastered the discipline of the debate and the crucial ‘fair shares’ of time with all three candidates. We left the audience feeling they had not just been involved but had also been a vibrant part of the process.

Adam Boulton led the next debate for Sky. Afterwards, we both felt we would have liked even more audience participation. I think David Dimbleby felt the same. Although, as a master of the one-to-one interview, he probably felt, deep down, that this remained the best format for testing the men and women who aspire to the top political job in the country.

So far, in 2022, we have had three TV debates for the Tory leadership contest.

Channel 4’s attempt, two weeks ago, seemed confused. It did not know whether it wanted to be an audience-driven debate or a series of interviews with all five then candidates.

ITV’s, a few days later, was more balanced between presenter and audience. It mastered the ‘blue on blue’ clashes between the candidates. And the occasional probing interventions by host Julie Etchingham were spot on.

Last night’s BBC offering struck me as being doomed from the outset. I know and admire all the presenters who were involved, but why were there three of them?

Sophie Raworth is undeniably one of the top anchors of her generation: a safe, authoritative pair of hands.

In Faisal Islam, the BBC has a literate and numerate economist, who cut his teeth in the fierce jungle of rolling news as a political editor, and also in the more refined atmosphere of Channel 4 News as economics editor.

And Chris Mason is a jewel in the tarnished crown of the BBC’s political coverage. He is wedded to balance and impartiality. He plays a straight bat. And he is as well informed, as Blackadder might put it, as a well-informed person who is very well informed.

But Mason and Islam’s presence immediately undermined Raworth. They were like journalistic minders, there for fear that Sophie, poor thing, might be out of her depth on the economics and politics of it all. That was an unfounded and insulting implication. Raworth has more than held her own on BBC One on Sunday mornings, holding the line between Andrew Marr’s departure and Laura Kuenssberg’s arrival.

The convoluted start of the programme which sought, not least, to explain this bizarre format, left me none the wiser and none the happier.

Both Islam and Mason struck me as being sharks out of water. It was the role, not the men, that was the problem. On occasion, the candidates did not fare well against them – one even got the pronunciation of Faisal’s name wrong.

But this was small beer compared to the fatally flawed structure and the damage it did to Raworth’s authority. It demeaned her. It implied she needed supervision. She didn’t. She needed a structure that a consummate presenter like her could work with. No one could have made this work.

The high point of the debate was, as with the ITV offering, the one-on-one clashes between Rishi Sunak and Liz Truss on fiscal policy, the cost-of-living crisis and their economic track records in government. ‘Let it run!’, I roared at my TV screen. But no. The rows were interrupted and then commented on by the presenters.

Other high points were the rapid-fire questions at the end and the probing as to who would serve in the other’s cabinet, depending on who won.

The low point was the nonsense about sartorial matters. Far too much time was wasted on questions about everything from Rishi’s fine suits and loafers to Liz’s earrings. The segment was prompted by remarks from Boris Johnson loyalist Nadine Dorries. Her sniping from the sidelines had become something of a thing on social media earlier that day. But the BBC should have risen above it, not capitalised on it.

The Stoke-on-Trent audience bowled the first ball – some 50 minutes into the debate – then retired to the pavilion, watching and I assume listening from the sidelines. They seemed like disengaged makeweights.

Last night’s debate was a golden opportunity for the national broadcaster to repair its damaged reputation for authority and impartiality. It gave it the chance, having seen Channel 4 and ITV’s efforts, to give a kind of ‘this is how you do it’ lesson. Instead, the debate was given an ill-conceived format. And at times, the BBC even appeared to demonstrate a preference for Sunak.

Finally, the fleet-of-foot would have sensed the frustration among viewers that neither ITV nor Channel 4 had really dug deep into a key concern on both sides of the political divide: immigration. It surely demanded at least one question and some airtime to answer it.

And it would take a hermit to have missed the fact that everyone is now talking about the NHS and its waiting lists. This subject was missing in action, too.

These debates matter, not just as an imperfect means of choosing the next leader of the Conservative Party, but also because the victor will be our next prime minister.

Perhaps the series of hustings around the country still to come – organised by the party and for the party – will be better. That would make these bleak days for broadcasters seem even bleaker.