There’s no such thing as a transgender two-year-old

Stonewall has inadvertently exposed the dangers of trans ideology. 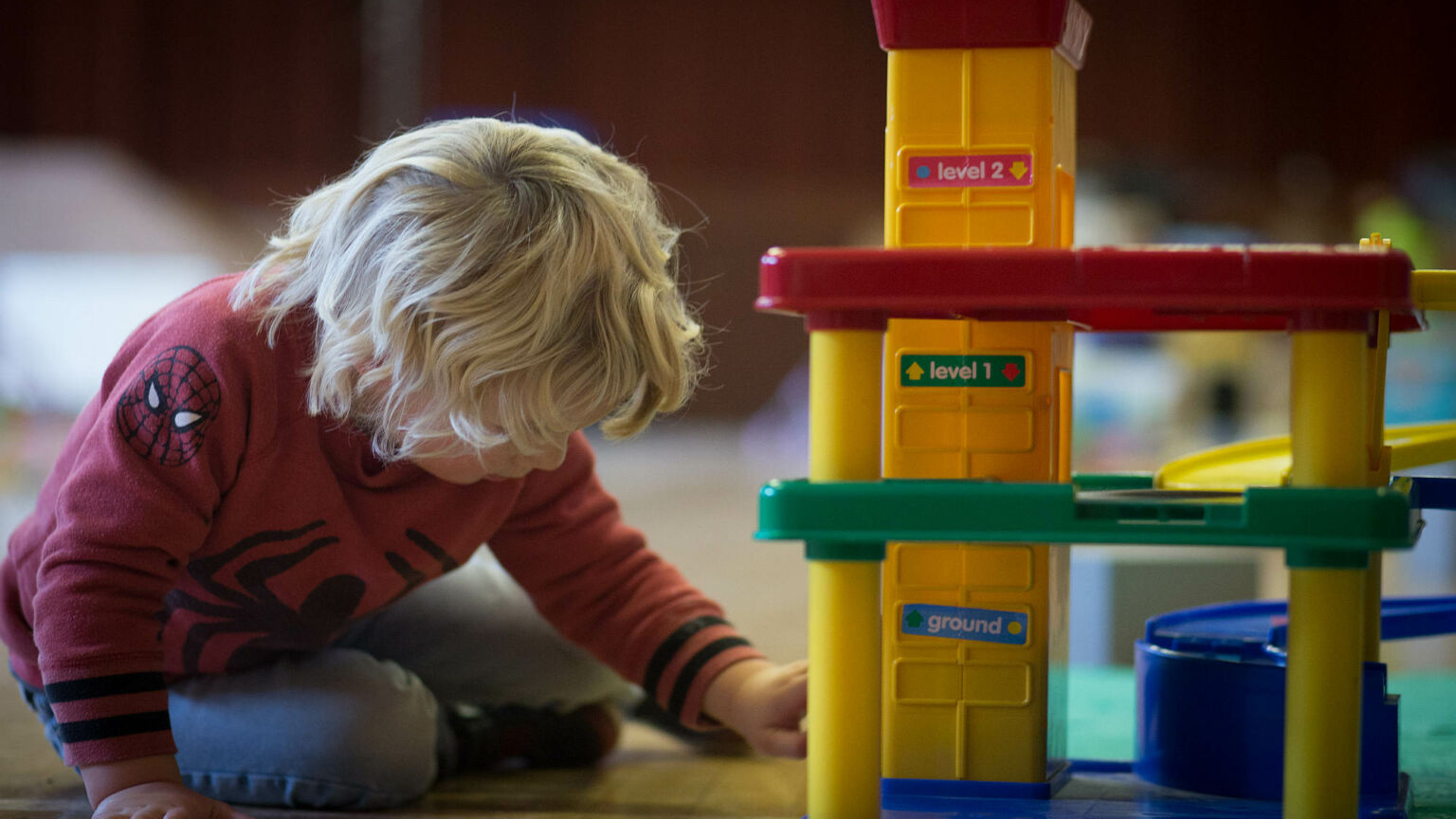 Stonewall is in trouble again. At the weekend the LGBT charity tweeted the extraordinary claim that ‘research suggests children as young as two recognise their trans identity’. The tweet linked to an article in the Metro, written by the mother of a four-year-old who says that her daughter’s nursery does not respect her ‘gender non-conformity’. Within hours of being posted, the tweet attracted scathing criticism from politicians across the political spectrum, fellow charities, medical professionals and child-safeguarding specialists.

Let us separate fact from dangerous fiction. Extraordinary claims require extraordinary evidence. And tellingly, neither Stonewall nor the Metro actually pointed to this ‘research’, or any other evidence, to support their claim that two-year-olds can have a ‘trans’ identity. The simple reason for this is that such research does not exist.

What the studies in this field actually demonstrate is that young children develop an awareness and a recognition of biological sex – both of their own and that of others – at some point between the ages of one and three. These same studies also demonstrate that children develop an understanding of gender stereotypes. This is uncontroversial and has been known for some time.

However, there is absolutely nothing in these studies to suggest that a child as young as two can be ‘trans’. Stonewall’s tweet completely misrepresented the scientific position on this topic.

Certainly, a child may, during these formative years, exhibit behaviours and traits that are considered gender atypical. However, to extrapolate from this to suggest that a gender-atypical toddler has a ‘trans identity’ is dangerous and regressive.

So what are the facts in relation to ‘trans children’? Some children suffer from gender dysphoria, a mental-health condition. There are significant harms that can come with this – from trauma and internalised homophobia to an increased likelihood of being bullied. There is often an overlap between gender dysphoria and autism. As distressing as gender dysphoria can be for young people, 95 per cent of children suffering from it will, if given time and the right support, settle into their bodies.

Yet we are told by organisations such as Stonewall that we should ‘affirm’ a child’s ‘trans identity’, irrespective of his or her age. Stonewall even provides guidance on how parents and schools can enable young children to ‘socially transition’ – that is, to live as their chosen gender. But studies have shown that for children who socially transition prior to puberty, their gender dysphoria is more likely to persist, meaning they will be less likely to settle into their bodies.

Just as more and more children are being encouraged to socially transition, younger and younger children are being placed on puberty-blocking drugs. This can, in combination with the eventual use of cross-sex hormones, lead to sterility in adulthood.

As adults, it is our duty to protect children from irreversible harm and regret. We know, having been children ourselves, that children can be convinced of many things that they later completely change their minds about. That is a child’s prerogative. It is easy to see the danger that is lurking if society adopts Stonewall’s position that a child as young as two can be ‘trans’ and that he or she should be affirmed as such.

In the same tweet that claimed two-year-olds can be trans, Stonewall also stated that ‘LGBTQ-inclusive and affirming education is crucial’. It claimed that too many schools and nurseries teach a ‘binary understanding of pre-assigned gender’. Again, this is a complete inversion of the truth. In reality, far too many schools in Britain have been ideologically captured by the trans lobby.

For instance, I have seen teaching materials for primary schools that incorrectly suggest that sex is ‘assigned at birth’ by doctors, rather than simply observed as a fact.

Many of the school resources around gender rely on crass gender stereotyping. One set of teaching resources asks children whether they live on ‘Planet Boy’ or ‘Planet Girl’, which is determined by whether they like ‘girly’ or ‘boyish’ things. The book Pheonix Goes to School was recently promoted by Essex Library. It tells the story of a ‘gender non-conforming, transgender seven-year-old girl who was assigned male at birth (AMAB) and currently identifies with she / her / hers pronouns’. Phoenix’s love of ‘flowers’ and ‘dresses’ is apparently evidence enough that this is a girl trapped in a boy’s body.

Contrary to what Stonewall claims, gender ideology is rife in British schools and it is causing enormous confusion and harm to children.

Despite the madness of many of Stonewall’s claims, the charity still exercises a huge amount of influence on public life. Last year, BBC podcast Nolan Investigates Stonewall lifted the lid on Stonewall’s influence over numerous large UK organisations and even across government, mainly through its Workplace Equality Index and Diversity Champions programmes.

However, change is in the air. With each worrying statement that comes from Stonewall, more and more organisations are distancing themselves from the charity. In the past, whenever an organisation left one of Stonewall’s schemes, it would do so quietly, clearly fearful of a backlash. These days, organisations shout it from the rooftops. Just last week, minister Martin Callanan tweeted that he was ‘delighted’ that the Department for Business, Energy and Industrial Strategy had cut all formal ties with Stonewall.

Many of us who hold grave concerns about Stonewall have gone to great efforts to raise awareness of the dangers posed by the ideology it promotes. But when Stonewall is tweeting about the trans identity of two-year-olds, it seems it is doing a far better job of this than we ever could.