Now the dimwitted duke is sticking his oar into the US abortion debate. 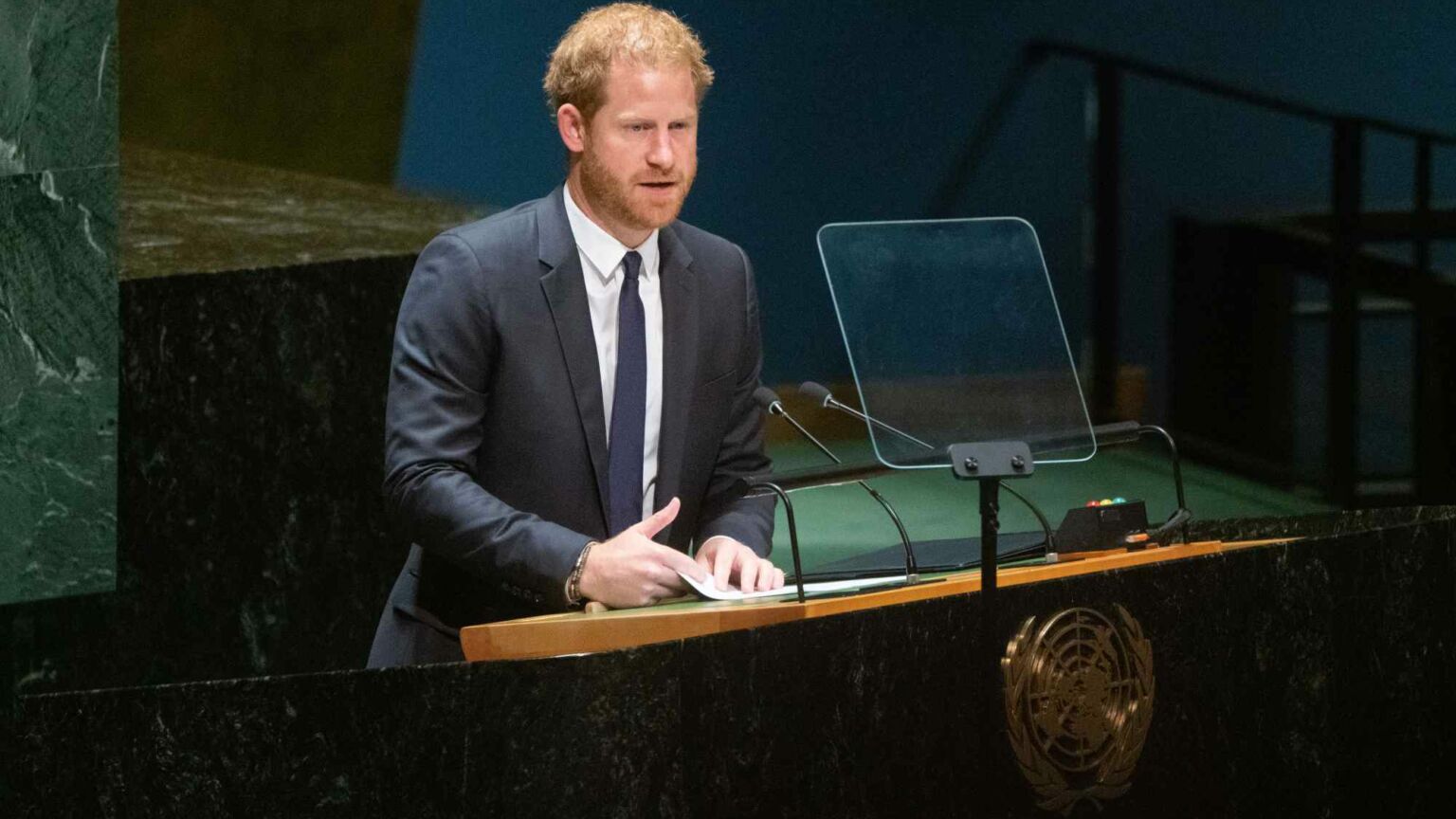 Prince Harry has once again launched an ill-advised intervention into US politics – this time, as part of a keynote address to the United Nations in New York to mark Nelson Mandela Day.

Seemingly unaware that the US has not sought the advice of British royalty on how to conduct its internal affairs since at least the 1770s, the Duke of Sussex made some pointed remarks in his address yesterday. Most notably, his speech included a thinly veiled swipe at the US Supreme Court’s recent decision to overturn Roe v Wade.

Though the duke did not mention Roe by name, he did, in a clear allusion to it, talk of the ‘rolling back of constitutional rights here in the United States’. And he warned that this was part of a ‘global assault on democracy and freedom’.

The irony of a member of the royal family issuing warnings about the perilous state of democracy was not even the worst thing about his tirade. Prince Harry’s speech was full to the brim with many other unwanted and ignorant ‘insights’.

That the prince does not know much about US constitutional rights should surprise absolutely no one. Last year, the dimwitted duke said on the Armchair Expert podcast that the First Amendment to the US Constitution – which protects freedom of speech to a level that isn’t matched anywhere else in the world – was ‘bonkers’. So much for his concern about the ‘rolling back’ of constitutional rights. Harry went on to admit that it was a ‘huge subject’ and one that he didn’t really understand because he had only ‘been [in the US] a short time’.

Well it seems that, one year on, the prince no longer feels shackled by his ignorance. He is clearly keen to sound off on a range of issues affecting the US and the world, giving full vent to his depthless stupidity in the process.

Harry unleashed really is quite a thing to behold. In his UN speech, he touched on everything from climate change to Covid and the war in Ukraine. He quoted at length from the works of Nelson Mandela. And he also complained about the threat of ‘misinformation’, which he says is ‘weaponising lies’ at the world’s expense.

Perhaps when Harry is done delivering these sixth-former activist speeches, he could take the time to actually learn something about America and the wider world, rather than just regurgitating high-status opinions. I won’t hold my breath.