The French are fed up with Macron’s Covid tyranny

His plans to bring back vaccine passports have been soundly defeated. 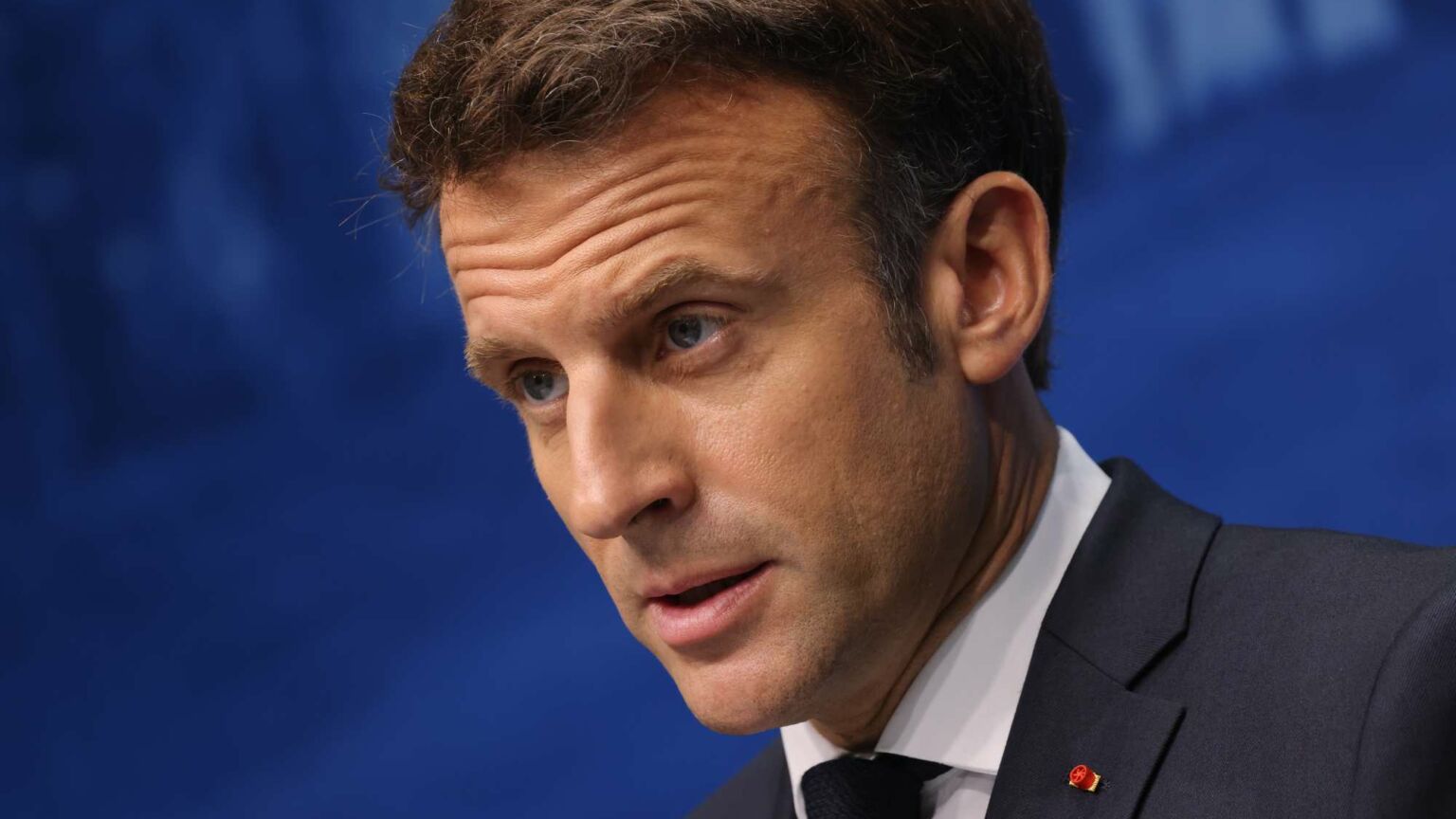 French president Emmanuel Macron has suffered his first parliamentary defeat of the new term. A bill intended to reinforce Covid restrictions ahead of the autumn was rejected by the three main opposition parties. This is a major setback for a president who has grown all too used to getting his way.

Macron was re-elected as president back in April. But just months later in June’s parliamentary elections, he failed to secure a majority. Following this humiliation, Elisabeth Borne, Macron’s prime minister, tried to hand in her resignation. But Macron refused to let her go.

The election results changed nothing in Macron’s eyes. Instead of compromising and attempting to form a coalition government, Macron has tried to rule with a minority. He is as determined as ever to push through his unpopular agenda.

Macron has a variety of strategies for doing this. In parliament, he can ally himself with the far-right Rassemblement National or the conservative Républicains on certain votes. And if parliament disagrees with him, he may try to turn to the anti-democratic Article 49.3 of the French constitution, which allows presidents to pass a bill through parliament without a vote. He can also issue presidential decrees. We can expect Macron to use all tools at his disposal to bypass democracy. But make no mistake, this defeat is a major setback.

The defeated bill proposed reinstating certain Covid restrictions, particularly at the French border. Its main aim was to reintroduce the deeply unpopular ‘health pass’ (or vaccine passport) for travellers entering the country. Earlier in the pandemic, a health pass was required to enter cafés and public spaces.

Macron, ever the ‘authoritarian liberal’, enacted some of the harshest Covid restrictions in the world during the pandemic. At times, all citizens were required to fill in a form every time they left the home. Medical professionals who refused the vaccination were fired. And an army of police officers was deployed to issue fines and enforce lockdowns. The opposition parties are right to recognise that the French are fed up with Covid rules, especially now that vaccines have been widely available for well over a year.

Yet Macron has made a habit of turning ‘temporary’ infringements on civil liberties into permanent features of French life. When he took office in 2017, France was still under a state of emergency following the Paris terror attacks in November 2015. Although he officially brought the state of emergency to an end, he only did so after passing some of its restrictions on civil liberties into law. Many liberals were alarmed by this early authoritarian turn in his first months in office.

A state of permanent emergency, administrative controls over everyday life and restricted liberties have defined the Macron regime since its inception. The heavy-handed Covid response was an outgrowth of this existing authoritarianism.

But the defeat of the Covid bill in parliament this week shows that opposition to Macron’s rule is mounting. And he will find it increasingly difficult to impose his will.

Other problems are mounting for Macron, too. So far France has been relatively sheltered from the energy crisis that has rocked the rest of Europe. France’s abundance of nuclear power means it is not especially dependent on Russian gas. And its state-owned energy companies have absorbed a significant proportion of the rising cost of energy. But Macron’s administration, having jumped on the bandwagon of climate catastrophism, is still calling on citizens to cut back their energy use, rolling back a pre-election promise that French economic growth will be driven by a rise in energy production.

All this combined with the cost-of-living crisis has left Macron’s popularity at an all-time low. Few outside Macron’s core electorate – the rich and the retired – still believe the president will govern in their interests.

Then there are the recent revelations that Macron cosied up to large American tech companies – including Amazon, Uber and Google – when he was economy minister in François Hollande’s government. These firms met in secret with Macron. Amazon supported his first presidential campaign in 2017. And with the release of the ‘Uber Files’ this week, we now know that Macron was meeting Uber lobbyists even as the company violated French law. These revelations will confirm the long-held suspicion among many French voters that Macron is the ‘president of the rich’. And they certainly add to the crisis of legitimacy he is currently facing.

For five years, Macron has ruled France with impunity. This period is now officially over. Parliamentarians have shown that they can now defeat the president, derail his agenda and scrutinise his government. Macron may now have to call for new parliamentary elections, but the risks are high. Given his sinking popularity, he may well find himself with even less support after a new vote. Whatever happens next, Macron has finally been humbled.