It’s been open season on our lifestyle choices ever since. 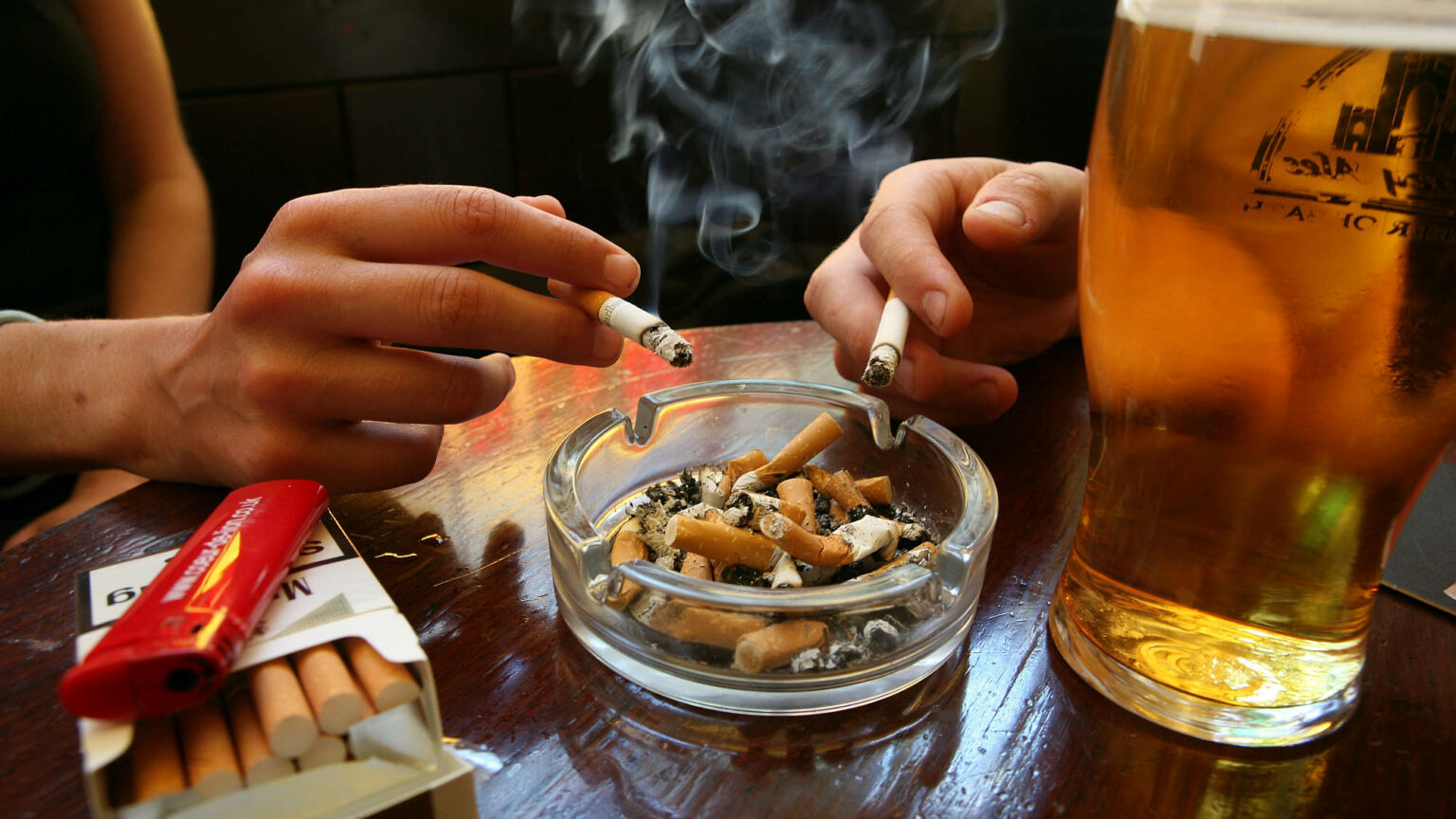 It is 15 years to the day since smoking was banned in pubs in England and Wales. Things have been rubbish ever since. The country has careered from one crisis to another. Productivity has stagnated. Earnings have gone nowhere. Disease has plagued the land. War has broken out in Europe. No one can afford to buy a house. If I were a younger man I’d emigrate.

I will concede that not all of these problems can be directly attributed to the smoking ban, but it didn’t help, did it? Life wasn’t perfect in 2007 but at least you could still have a fag. You could still go to a pub and feel like you were in a government-free zone. The pub was still a place for grown-ups. That all ended on 1 July 2007.

The government could have allowed smoking rooms. It could have allowed some pubs and clubs to allow smoking while having a general rule against it. Instead we got one of the most draconian, unforgiving and petty smoking bans in the world. It happened not because the government was concerned about the negligible risks of ‘secondhand smoke’ but because it wanted to stamp on smokers’ faces forever.

I stopped smoking 10 years ago. (That decision had nothing to do with the ban. I just prefer vaping.) In theory, I no longer have a self-interested reason for opposing this vindictive piece of legislation. In practice, we all have a reason to oppose it. Firstly, because smokers’ exodus from pubs in 2007 led to thousands of them closing. Secondly, because those pubs which survived were forced to put prices up to compensate for having fewer customers. And thirdly, because the smoking ban was the moment the nanny state crossed the Rubicon. It has been open season not only on smokers but also on drinkers and eaters ever since.

The pathological liars of the anti-smoking movement assured politicians that going ‘smoke-free’ would unleash an untapped market of sensitive non-smokers who would flood into pubs and save the trade. A few gullible drinkers believed them. The Huntingdon branch of the Campaign for Real Ale said at the time of the ban: ‘We are expecting an invasion of pubs by real-ale drinkers who will be keen to savour the flavours of cask beers in smoke-free environments. It is much easier to appreciate and enjoy the various flavours of different real ales in smoke-free pubs.’

Anti-smoking agitators always knew this would happen. In a smug article published after the ban was made law, Deborah Arnott of the largely state-funded pressure group, ASH, boasted about how she had ‘split the opposition’. Labour’s 2005 manifesto promised to exempt private members’ clubs and ‘wet led’ pubs – those that did not sell food – from the ban. Contrary to what it said in public, ASH knew that this would lead to drinkers deserting pubs that served food and spending their money in wet pubs and clubs instead. The big pub companies, all of which served food, were also well aware of this and worked with ASH to demand a ‘level playing field’ in which every sector of the industry – and their customers – were shafted equally.

We have all paid a price for this malevolent legislation, but the cost that will linger the longest is the precedent it set. The passive-smoking issue was always window-dressing. Everyone knew the real reason for the ban was that a significant number of non-smokers didn’t like the smell of tobacco smoke and the government wanted to make smokers’ lives difficult. In the final analysis, smoking in pubs was banned because people in power didn’t like it.

This naturally opened the door to fanatics of every hue to push the government into banning things they disapprove of. It is impossible to imagine lunatic lobby groups like Action on Sugar existing without the smoking ban. It empowered the most intolerant, neurotic and anti-social elements of society. It changed us for the worse. Reversing the smoking ban is the most hopeless of lost causes precisely because it warped our view of what the limits of government should be. Seemingly educated people will defend this gross violation of individual freedoms on the basis that they no longer have to wash their clothes after a night out.

The smoking ban infantilised us all. It taught us to expect the government to resolve our most trivial problems. Fifteen years on, the process continues.