Roe v Wade may be gone, but American women will not put up with being second-class citizens. 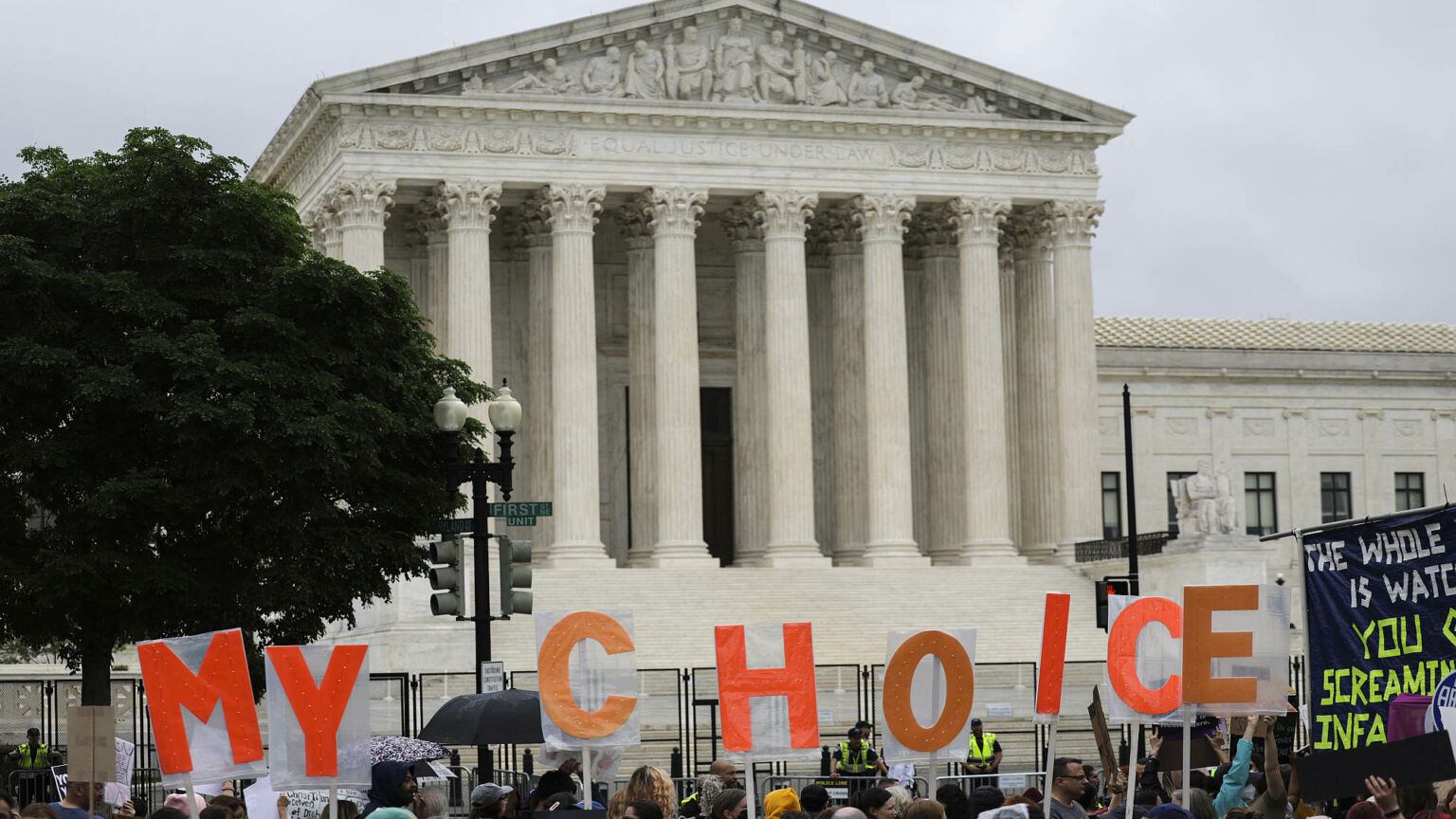 Today’s overturning of Roe v Wade undermines women’s autonomy and makes it far more difficult for women to manage their lives. It puts women in a position we thought we had left behind – turning us into victims of our biology and into second-class citizens whose equality to men depends on us remaining un-pregnant. That women in supposedly one of the most developed nations on Earth will, in many states, be subject to some of the world’s most backward abortion laws is nothing short of a scandal.

But let us not imagine that the end of Roe v Wade means the end of abortion for American women. Beyond the understandable outrage today, we can be confident that women will fight back and find ways to get around the ruling – just as women always have. It has long been a tenet of the abortion-rights movement that you can ban abortion, but you can’t stop abortion. If women can’t get access to legal services, they find illegal services. In the past, illegal services were life-threatening – using instruments to damage the pregnancy, often without offering women any antibiotics for infection or treatment for haemorrhages. Today, instead of the apocryphal coathanger, we have the abortion pill (though this cannot cover every termination). Abortion is a backup option for when contraception fails. And because contraception does fail, abortion is necessary.

By returning abortion decisions to individual states, the Supreme Court has guaranteed that challenges and changes to abortion law will be ubiquitous. Laws and regulations will be tightened in many states, though they could well be loosened in others.

The main result will be that millions of US women will have to travel to other states to access abortion – a phenomenon some have dubbed ‘reproductive tourism’. Though this is common in Europe as well, women in many US states have for a long time been travelling long distances to abortion clinics that are unimaginable to most Europeans – even before this new ruling, abortion access has been tightly limited in many states. When I gave a presentation at an international meeting of abortion providers a few years ago in New York, the audience was amused by my complaint about the distance women then had to travel from Ireland to Britain. The perspective in distance struck home when the following speaker illustrated the size of Texas by superimposing it on to a map of Europe: it blacked out both France and Germany. As a result of today’s SCOTUS judgement, the already tiny number of clinics in Texas will be closed in the next 30 days.

Having to travel for abortion eliminates access for those without the means or ability to do so. Already, the existing networks that facilitate interstate abortion access are growing and activists are securing financial resources and communication platforms to offer assistance to those who need it. Women who can travel will travel – along the abortion highways between states and across nations.

And then there is the ‘abortion pill’. Try as it might, the state will struggle to shut down access to a medication that is easily available worldwide. Of course, customs officers have seized packages and arrested those unfortunate women who have been reduced to obtaining medication outside the law. But in the long term, do we really believe that the very law-enforcement structures that have failed to prevent the trade in narcotics will be able to systematically prevent access to abortion pills? These medications are safe — their use has not only been legal to date but is also still supported by doctors and pharmacists throughout the world. As Kent law professor Sally Sheldon wrote of Ireland before abortion was legalised there, the state can regulate clinical structures and procedures by healthcare professionals far more easily than it can stop women from accessing and swallowing a pill.

The truth is that, regardless of how US states regulate it, abortion will continue. Pregnancies will be ended by women even when abortion is prohibited, just as they were ended before the state legalised abortion. Terminating a pregnancy will be tougher than it was, and toughest for the most disadvantaged. But, as I discuss in my book, The Moral Case for Abortion, we live in a modern society with an expectation that families will be planned, that babies will be wanted and provided for, and that women should be able to control their fertility.

During the Covid crisis, many governments across the world decided to make it easier to access abortion pills when clinics were closed down or made more difficult to access because of lockdown. The reason they did this is simple. They recognised that abortion is necessary. The pre-Covid restrictions on abortion pills were not reimposed when lockdowns were lifted, as those same governments understood that the genie of abortion pills cannot be put back in the bottle.

The bigger tragedy is this. For almost 50 years, through Roe v Wade, privacy was recognised as a right guaranteed by the US Constitution. And now that has fallen. However imperfect the judgement, and whether one prefers democratic lawmaking at state level to the exercise of judicial power, it cannot be denied that Roe v Wade codified an essential principle of American life: the belief that the state has limits that do not intrude into personal and family life.

Put at its simplest, the 1973 judgement said: ‘This right of privacy… is broad enough to encompass a woman’s decision whether or not to terminate her pregnancy.’ (My emphasis.) When that broader principle falls, what goes next, after the right to abortion?

A right to privacy means citizens having access to a world in which the state has no say. As the state increasingly intrudes in all our lives, in all kinds of ways, we would do well to defend this principle.

The abortion debate in the US often seems to have little to do with the reality of abortion. Politicians and policymakers often ignore the fact that abortion is a medical procedure that any woman might use to cope with an unwanted pregnancy – whatever her ideology, identity or beliefs.

Abortion has instead become a symbol of one’s tribal identification in the culture wars. Nowadays, to be pro-choice on abortion is to be progressive. The Democrats want to own the issue for the next presidential election, hoping that by chanting for abortion access now, women voters might forget that the likes of Clinton and Obama did little in the past to improve abortion access for American women. Meanwhile, to be anti-choice is seen as part of what it means to be a God-fearing Republican, and to stand up against woke identity politics.

This misses the point. The question that matters is this: who decides if a woman can end her pregnancy or keep it? Is it a matter for her or for the government?

The cancellation of Roe v Wade could well be a tragedy for women, hampering women’s access to a service they need. Or perhaps – just perhaps – it provides us with the chance to pass policy in the democratic arena, whether at the state or federal level. What is increasingly being accepted throughout the democratic world is that the best abortion law is no abortion law at all. And it should be left to pregnant women to decide for themselves. Only then will women be truly autonomous.