The revolt against the government’s immigration policy is alarmingly anti-democratic. 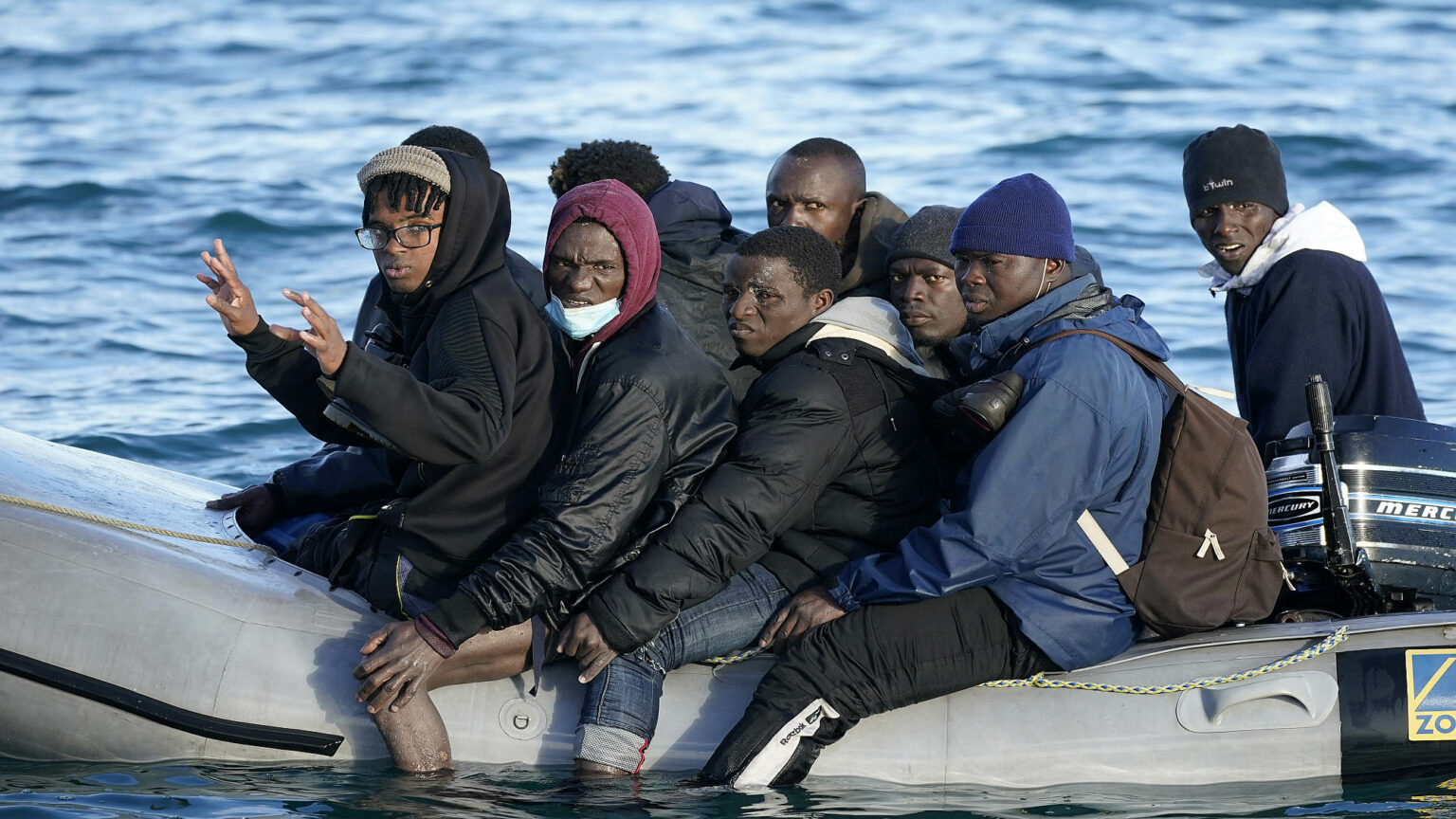 The government’s ‘Rwanda policy’ is no longer about who is allowed to come to this country. It’s about who runs this country. Is it Boris Johnson’s government, which was elected by just shy of 14million citizens? Or is it the heir to the throne, and the Archbishop of Canterbury, and the House of Lords, and those human-rights lawyers who seem to spend their every waking hour bristling against democratic legislation – none of whom has ever won a single vote from us? In my view, it should be the former: the people we voted into power. In the view of far too many in the cultural elite, however, it must be the latter: those unelected, unpolluted establishment figures who think it is their duty to strike down the gammon laws of this gammon government. Especially the Rwanda policy.

This is not about whether you like or dislike the Rwanda policy, under which illegal migrants who turn up on Britain’s shores will be deported to Rwanda, where they will stay in hotels before being expected to fend for themselves. You can love this policy or, like me, find it objectionable, on the basis that it is ungenerous, unworkable and clearly a stop-gap measure enacted by the British and French elites because they cannot get a handle on the lawless, reckless boat crossings between their nations. No, it’s about who makes policy. It’s about the right of Britain’s democratically elected government to control its borders as it sees fit, versus the arrogance of Britain’s unelected lawyers, peers and princes who think they must have some special authority to elbow aside policies and ideas they find offensive. It is democracy vs elitism, plain and simple.

The revolt against the Rwanda policy in recent days has been extraordinary. It has been a mash-up of supposed radicalism and actual, dyed-in-the-wool monarchism. Everyone from middle-class agitators in Peckham, who sought to block cops as they tried to arrest an allegedly illegal immigrant, to God’s own blue-blooded future ruler of the nation, Prince Charles, has pushed back against the Rwanda policy. It was leaked that Charles considers the policy to be ‘appalling’. It seems highly likely that this leak about Charles’s flagrant, Cromwell-defying, anti-democratic meddling in the nation’s democratic affairs was okayed by Charles himself. ‘Let the little people know how I feel’ – that was no doubt the sentiment behind the Clarence House machinations that led to the revelation of Charles’ royalist disdain for our elected representatives.

And so desperate is Britain’s woke left to land a blow on Boris Johnson’s government that it has literally lined up with Charles, with monarchy. Left-wing funnyman Mark Steel tweeted positively about the progressive tendencies of… the heir to the throne. ‘So 370 years after the Civil War, we have arrived at a point where if the Royal Family overthrew parliament and took control of the country, that would be a move to the left’, he said. No amount of comedic decoration can disguise the fact that Steel and other leftists now put more faith in plant-talking loon Prince Charles than they do in the Brexity masses. They have the established church on their side, too. The Archbishop of Canterbury says the Rwanda policy does not stand ‘the judgement of God’. The judgement of what now? Please come into the 21st century, Justin Welby, where the judgement of actually existing citizens counts for more than the judgement of a being which might not even exist (sorry).

Hot on the heels of monarchy and church comes the House of Lords, naturally. Some there, in that chamber we literally have no control over, want to strike down the Rwanda policy, too. ‘Peers will fight UK government’s “awful” Rwanda plans’, predicted Lord Dubs in April, to the glee of the Guardian. ‘I’m sure there’ll be a legal challenge’, said Dubs, ‘and I’m not sure the government will win it’. He was half right. Armies of lawyers that none of us could name – far less vote for – took legal action against the first planned flight to Rwanda under the Rwanda policy. But the High Court ruled against these ‘lefty lawyers’, as Priti Patel calls them, and in favour of the government. The flight will go ahead. The government celebrated this as a victory, but I can’t have been the only democrat in the country wondering why a policy drafted by a democratically elected government was subjected to legalistic interrogation in the first place. Once more – who runs this country?

So we have royals, bishops, the active wing of the law, the aristocratic Lords, and, of course, the Twitterati and celeb set raging against the Rwanda policy — and we have the small matter of the 13,966,454 votes cast for Boris Johnson’s party in the General Election. The Rwanda policy was made by the elected, by the people we put into power. That doesn’t mean we cannot disagree with it, of course. I disagree with it. But it does mean that this policy enjoys – or ought to enjoy – more authority in the nation than the views of unelected bishops and privileged princes and their new fanboys among the bourgeois left. Such should be our commitment to democracy that we should insist on the enactment of the Rwanda policy, as the will of the government, even as we argue about it.

What the Rwanda affair tells us is that anti-democratic methods of challenging government policy always backfire. They always make things harder for those of us who believe in liberty and progress. Why? Because anti-democratic swipes against government inexorably compel those who believe in democracy to defend the rights of government even as we abhor the decisions of government. We’ve seen this time and again. When supposedly liberal peers in the Lords raged for months against the government’s proposed clampdown on the right to protest, Tory MP Kit Malthouse said: ‘We have reached a stage of the legislative process where the issue is no longer simply the merits or otherwise of the measures that we are debating. A more fundamental issue is at stake: the primacy of this elected House in our constitutional arrangements.’

He nailed it. There often comes a moment in British politics when it is less about the good or bad of policy, and more about who has the democratic authority to make policy. The peers and bishops and princes who agitate against authoritarian laws are doing a disservice to the cause of freedom. Their patrician interventions hamper the work of progressives by forcing us to defend elected government. For I would rather live under a democratically elected government that restricted my freedom of protest than under a peer / monarchical system that secured a few more rights of protest through undemocratic means. And, by the same token, give me the questionable Rwanda policy over the princely, lordly opposition to the Rwanda policy any day of the week. An illiberal democracy is preferable to a ‘liberal’ tyranny.