‘Feminists are wrong to oppose marriage’

Louise Perry on how woke, liberal feminism has failed women. 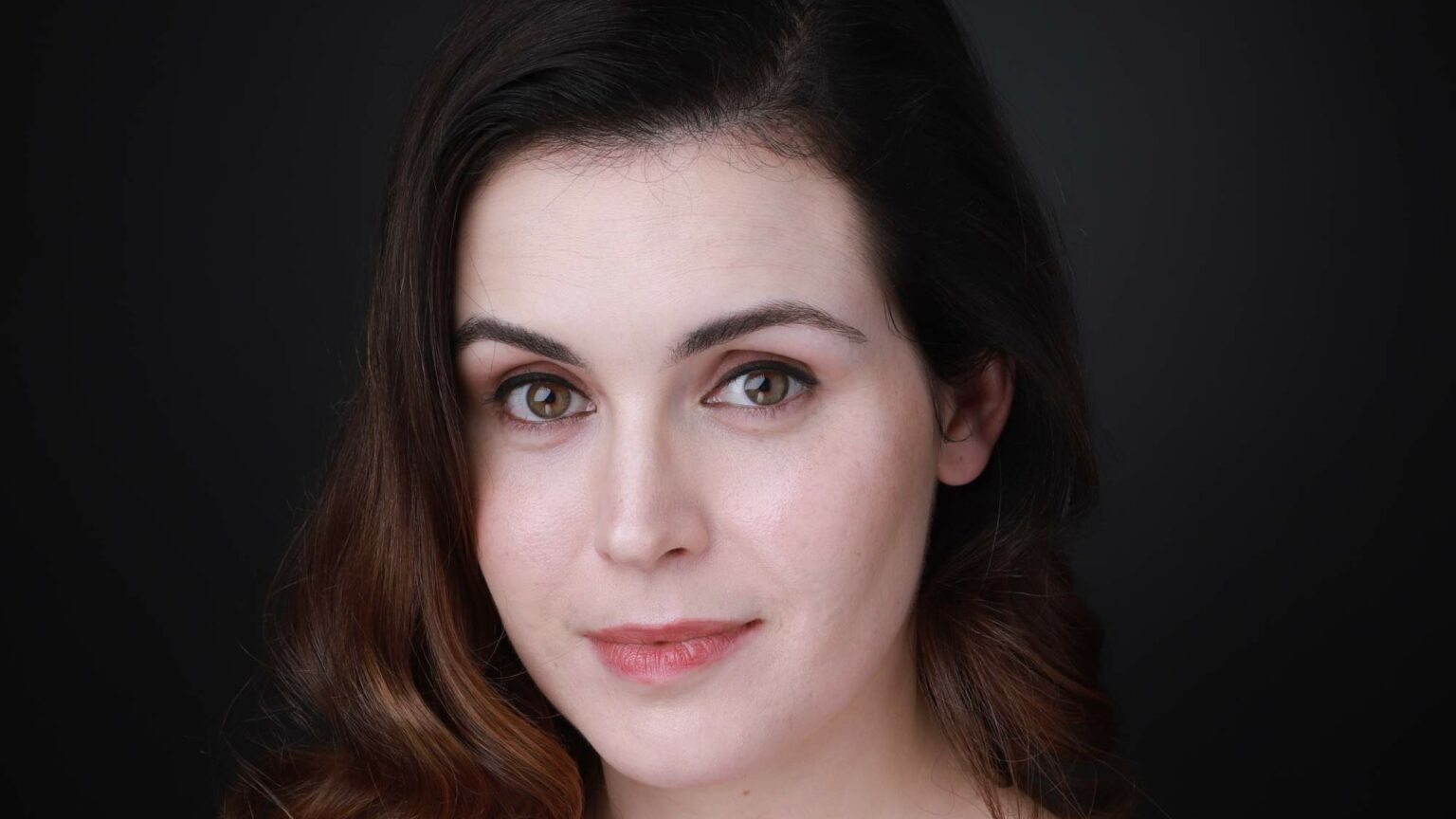 Women’s freedom was the great promise of the sexual revolution. Freedom from oppressive, traditional codes of behaviour. Freedom to choose when to start a family, if at all.

But for Louise Perry, author of The Case Against the Sexual Revolution, that great period of liberation has also come at a cost. It has undermined the strong relationships and communities that are really at the heart of human flourishing, while leaving many people feeling atomised and empty.

So, do we need a reckoning with the sexual revolution? Has ‘liberation’ gone too far? Or is it a lack of freedom, rather than an excess of it, that is at the root of our modern ills?

Louise joined Brendan O’Neill for the latest episode of his podcast, The Brendan O’Neill Show, to discuss all this and more. What follows is an edited extract from their conversation. Listen to the full episode here.

Brendan O’Neill: I really enjoyed your book and I think it’s got some great insights. But the one thing I bristled at, to a certain extent, was the thread in it on how contemporary feminists and other people on the woke side of politics, for want of a better word, are always arguing for more ‘liberation’ as the solution to our problems. It got me thinking, is freedom really a bad thing?

Christopher Lasch talks about how, at the end of the 1960s and in the 1970s, the period after the sexual revolution didn’t give rise to the liberated individual, but rather to the weak self, the minimal self, the self that constantly requires an admiring audience. This actually locks you into an illiberal relationship with society, because you are constantly needing validation and the approval of others. And that directly impacts on your ability to be a robust, free individual, making choices and living in the way that you think is best for yourself and your community.

Louise Perry: I think freedom is really hard to attain for human beings because we are social animals. One of the things I write about at the beginning of the book is the relationship between the economy and liberalism. I write about theorists like Patrick Deneen, who say that the free market and social liberalism are actually very closely linked. Because if you want to maximise economic growth, workers who are not tied down – by family obligations, or by wanting to live in a particular place, or by having some sort of cultural or religious impediments to doing particular work – make great workers. You can send them anywhere and you can make them work whenever you want. Not being tied down, being free, in that sense, really serves the interests of the market.

One of the things that Lasch also writes about is the extent to which, as once-powerful institutions like the church, family and community have retreated, we have ended up with a vacuum, where people actually are desperately in need of a church, a community or a family, etc. And they have either filled the void with the market, with certain products, or the state has stepped in. But neither the market nor the state is good at fulfilling those functions. So you end up with this horrible kind of fake version of what has retreated.

It’s not that freedom is bad necessarily – just that it’s very hard to maximise individual freedom and also to provide people with what we need to live as human beings. We need other people. To an extent, having any relationship with someone is hard, especially when it comes to those unchosen bonds we have. Having relationships with parents and siblings and children and spouses are onerous. They tie us down, they restrict us, they stop us from doing things, they limit us in all sorts of ways. But they’re also absolutely essential in order to live as a happy and sane human being. You could be free by throwing them off and not having any link to anyone or anything, but would that actually be a worthy goal? It’s not that freedom is bad. It’s just that it does need to be balanced against these other things if we’re going to live flourishing lives.

O’Neill: I would make a distinction here. You can have a genuinely free individual, who is taking responsibility for his or her life, and his or her life choices. I think that also tends to be the kind of person who is more likely to want to contribute to a community or a society – because he or she has that sense of confidence, that sense of drive, that sense of responsibility. There’s a difference between individual freedom in that sense, versus the cult of individuation and atomisation, and the contemporary notion that freedom means throwing off every shackle and being all in it for yourself. I think this is narcissism, rather than individualism. It ends up being a cultural prison rather than being freedom.

I want to ask you about marriage. You talk about the fact that there were earlier feminists who were anti-marriage – like Andrea Dworkin and Germaine Greer. Some feminists talked about the abolition of marriage as they could only conceive of it as a situation where a woman was given from one man to another. And obviously, there was a history of that before modern times. But nowadays you have people from a certain section of society looking down their noses at marriage without appreciating that, for most people, being brought up in a stable household, by a mother and a father who have a fairly good relationship, is very important. For those people who are interested in women’s rights, women’s fortunes and in children having happy lives, shouldn’t there be a clear case for marriage? Should we push back against the slightly trendy suspicion of marriage that we often see in sections of the left today?

Perry: Marriage has become a luxury good. If you look at the spread of it across the population, rich people might not publicly support marriage as an ideal, but they love getting married and they love staying married. And actually, the people who are least likely to get married and stay married are poor people. They are partly being affected by policies that have been designed by people in power, who enjoy marriage for themselves but don’t want policies that might promote stable marriages more generally.

The evidence is so clear that a married family is by far the best environment to bring up children in. I don’t think it’s a coincidence that the feminists who historically have been most opposed to marriage did not have children themselves. If they did, they would realise that the heavily pregnant or postpartum mother and child are so vulnerable, and the mother and baby are so tightly bound together, physically and emotionally, and are so desperately in need of the support of other adults. This was even clearer in previous periods of history, where life was much more precarious. Even now, you have to be supported by somebody else during that period, whether that means being directly supported by your family or your spouse, or supported by the state.

Feminists and other utopians have tried to come up with various other ways of solving this problem, whether through communal childrearing or socialised systems, where the state provides universal daycare or benefits to try to plug that gap. But none of them has been very successful.

The most successful system is two parents. They don’t have to be the opposite sex, it can be a same-sex couple. But having another person in the family who is devoted to providing for the financial, social, emotional needs of the mother-baby unit is essential. You can’t just get rid of that.

You can choose not to have children. I genuinely think that if people don’t want to have children or don’t have children, marriage doesn’t serve an obvious purpose. For those people, there can be some advantages in terms of your own emotional wellbeing and so on. But when it comes to childrearing, it’s invaluable.

You can recreate this environment with cohabitation. But you don’t have as many rights as a cohabiting couple in this country as you have if you’re a married couple. And cohabiting couples are much more likely to split than married couples. There is less incentive for couples to stay together for the sake of the family unit.

There are obviously some cases of terrible marriages and of abuse. But in most cases, where the reasons people might drift apart are not to do with abuse, where they are just to do with a couple getting bored of each other or losing the spark, the instinct of our hedonistic culture is to throw it away. That culture says that you should just prioritise your own desire at all times – and that the most important thing is your own self-fulfilment. I think that, down the line, for both that individual and, so much more importantly, for children, that is a really destructive instinct.

The stability that comes with committing to someone for life and actually meaning it is so important. So it is a mistake for feminism to try to do away with marriage. At its core, it is about legally binding parents to each other and to their children. And you can’t just get rid of that without really serious consequences.