We need to stand up for sovereignty

Northern Ireland cannot remain a colony of the EU. 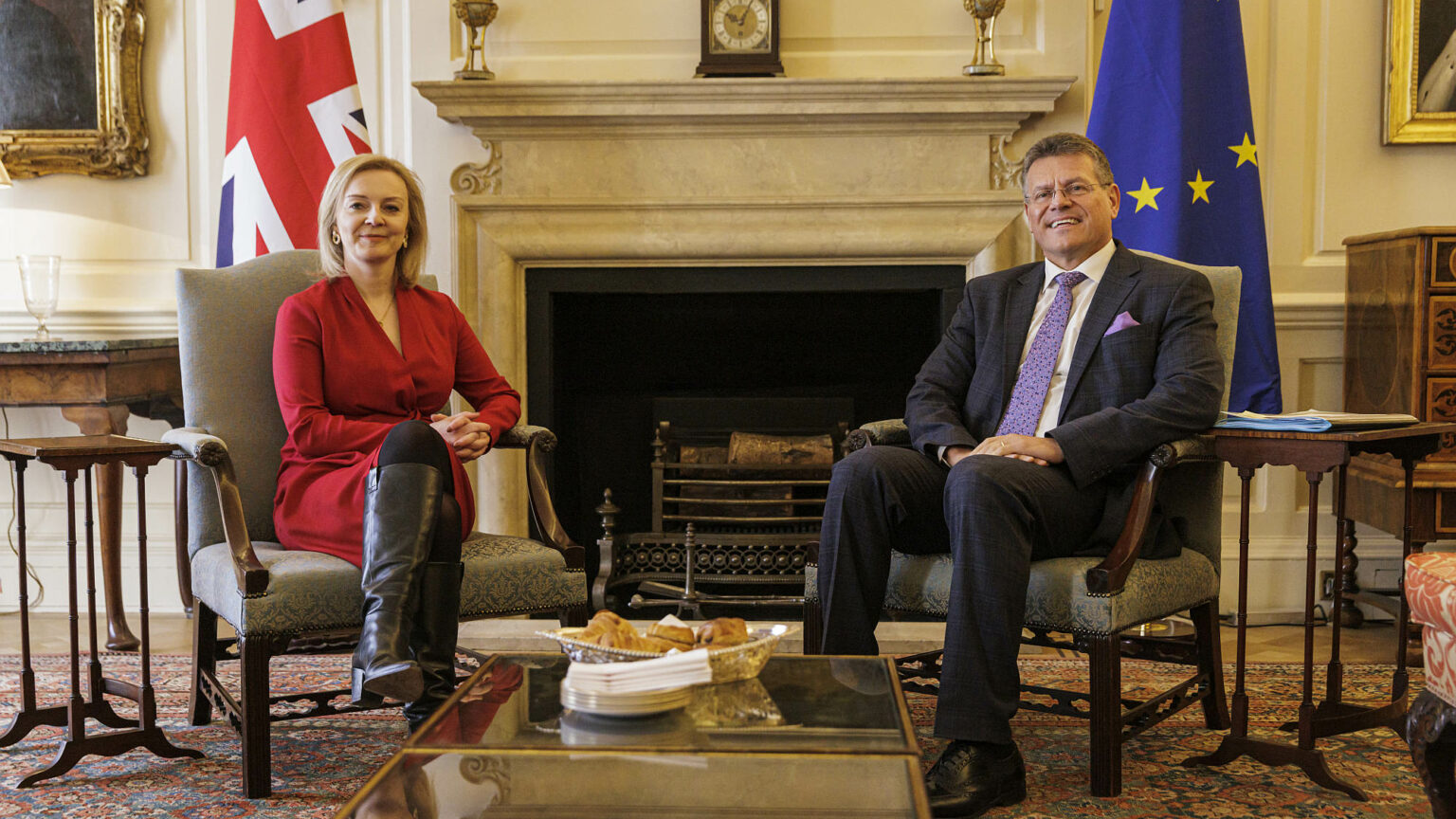 For a moment there it seemed like sovereignty had come back into fashion. This concept that has for so long been derided as a fiction, a relic of an older era, something that must be ‘pooled’ within supranational institutions if we are ever to survive in a globalised world, had an all-too-brief revival. Putin’s invasion of Ukraine reminded many people in the West just how precious sovereignty is – how bound up it is with the democracy and freedom we all cherish.

But as the issue of Brexit and Northern Ireland rears its ugly head again, it seems we’re right back to where we started. The Northern Ireland Protocol – which the UK government signed up to during the Brexit negotiations, but is now trying to unpick – has carved up the United Kingdom, leaving part of it in the EU’s Single Market for goods and leaving GB-NI trade subject to EU controls and checks as if the two were foreign entities.

And yet this outrageous state of affairs, this corrosion of UK sovereignty, barely seems to bother much of the British commentariat. Nor does the fact that the protocol leaves NI citizens subject to EU rules they now have no control over. Or that, for all the talk of safeguarding the Good Friday Agreement, the devolved administration has collapsed due to Unionist anger with the protocol.

This is clearly an untenable situation. But all we get in the British Remainer media is posturing against the government, rather than any proper reckoning with the situation as it stands. Pundits point out that Boris Johnson signed this deal, as if that’s a debate-ending slam dunk that wafts away all other issues and concerns. They also act as if the EU peeling off part of the UK is the inevitable consequence of Brexit.

All the old anti-Brexit talking points have been dusted off in recent weeks. Last month, senior European Union sources even briefed that Boris Johnson’s threat to legislate to override the protocol if Brussels refuses to properly negotiate ‘plays into Putin’s hands’ – a riff on then PM David Cameron’s claim during the referendum that the Kremlin supported Brexit.

But the EU can hardly accuse the UK of threatening Western unity when it is itself threatening a trade war against the UK – with punitive measures targeted at industries in pro-Brexit parts of the country – if Johnson follows through on his plans. Plus, it would probably be wise for Brussels, which responded to the UK trying to leave its orbit by essentially annexing part of UK territory, to think carefully before bringing Putin up.

It is also nonsense to say that the Northern Ireland Protocol is the inevitable consequence of Brexit – the only thing that could stop a hard border that no one actually wants to build from appearing on the island of Ireland. If anything, the protocol was the inevitable consequence of the EU’s attempt to frustrate Brexit – of its weaponisation of the border question to the end of extracting painful concessions from Theresa May.

Johnson is not blameless here, of course. He did call his Brexit deal ‘oven ready’. He did give ground on NI in order to get at least GB out of the EU’s clutches. But as former chief Brexit negotiator David Frost told spiked this week, those negotiations took place under torturous circumstances. Frost inherited a dreadful hand from May and No Deal had been taken off the table by a revolting Remainer Parliament.

As so often happens with Brexit, we are at risk of letting the details obscure the principles at play. Brexit was about sovereignty and democracy. It was about taking back control. The United Kingdom took a vote and a majority backed Leave. The cost of following through on that mandate cannot be a portion of UK territory being hived off and kept under Brussels’ rule.

No other nation would accept this. Of course the topic of UK sovereignty in Northern Ireland remains – to put it mildly – a controversial one in that part of the world. Some hope this crisis might usher in a united Ireland. But the fate of Northern Ireland should be decided by the people of Northern Ireland, not by a Brussels oligarchy turning the screws on Brexit Britain.

Reading through the UK’s supposedly outrageous proposals for renegotiating the protocol you’re reminded how outrageous the current set up is, with foreign secretary Liz Truss fighting for the right to move chilled meats within UK territory, to have more freedom to set VAT rates in Northern Ireland, and to end the jurisdiction of the European court over Northern Irish affairs.

Boris Johnson maintains that he wants to rescue rather than junk the protocol. The government line is that it has just been harshly implemented, leading to a situation where even now, with various grace periods still in place, the regulatory checks on goods arriving into Northern Ireland from Great Britain make up 20 per cent of the checks undertaken across the entire EU.

But in the end the problem is the protocol itself. It is an affront to sovereignty. It treats Northern Ireland as a colony of Brussels. And it cannot hold much longer.