Boris Johnson must show some courage against the intransigence of the EU. 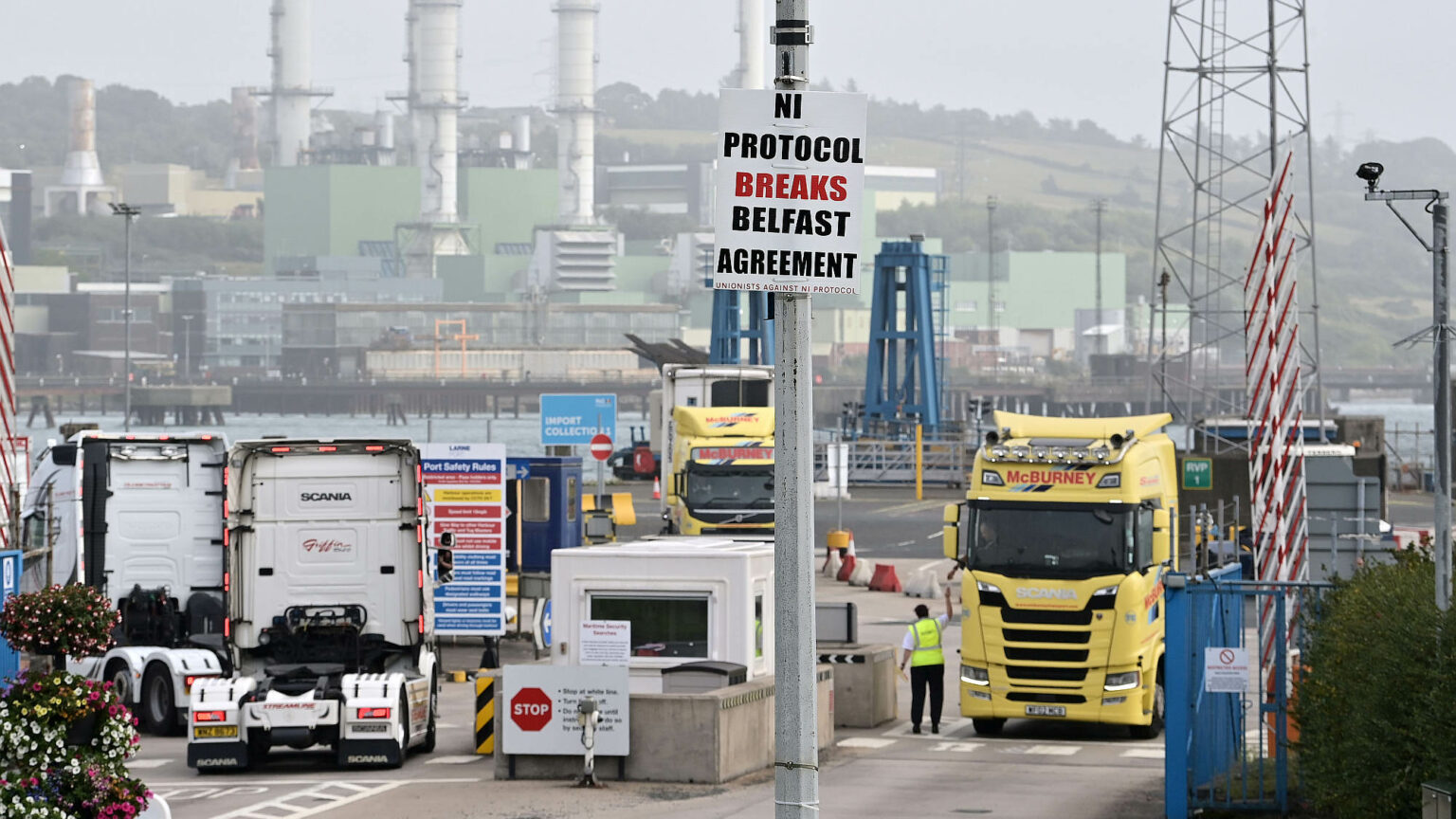 Nothing showed the ignorance of much of the media more than the near-hysterical reaction to last week’s elections for the Northern Ireland Assembly. Newspapers predicted ‘the end of the Union’ and ‘the collapse of the United Kingdom’. All of this because Sinn Féin emerged with the same number of Assembly members as in the last election, but earned the right to nominate the first minister. There has been virtually no mention that both first and deputy first ministers have exactly the same amount of power – not a single letter can be written without the others’ agreement.

Of course, the loss of three Assembly seats by the Democratic Unionist Party (DUP) was significant, but more because of what it said about the state of Unionism. The huge increase in votes for the Traditional Unionist Voice (TUV), led by former DUP MEP Jim Allister, was a wake-up call for the DUP. Allister, a former QC, was seen by many as the only real opposition voice in the Assembly. And he is a leading petitioner in a legal case, now on its way to the UK Supreme Court, which argues that the Act of Union is threatened by the Northern Ireland Protocol.

There is genuine anger in loyalist communities about the protocol, which puts a customs border in the Irish Sea between Northern Ireland and Great Britain, and subjects Northern Irish business to European regulations. I saw this anger for myself, speaking at many of last year’s anti-protocol rallies all over Northern Ireland, where men and women across the country, who feel strongly that their Britishness is being dismantled brick by brick, came out to say that enough is enough.

Unionists feel ignored not just by the UK government, but also by much of the mainstream media and the BBC, which give the impression that opposition to the protocol is only confined to a fringe rump of Unionism. Unionism is certainly a broad church in terms of left and right. But whatever differences there might be over how the protocol should be opposed, not one Unionist representative is in favour of it.

Apart from the Union itself, there is little else that Unionism is as decidedly united on. Our rallies and demonstrations against the protocol have reminded me of the many Leave events I spoke at, when the UK establishment just couldn’t understand the anger people felt about the EU in many parts of the country.

It was this pressure from the grassroots, and from the TUV and others, that pushed the DUP into making the promise that it would not re-enter Stormont unless the protocol was dealt with. Some of the media presented this as if it were the DUP wrecking the Belfast / Good Friday Agreement (GFA). But it is clear to anyone who has read the GFA that the protocol has already broken it in at least two respects – namely, that Northern Ireland’s constitutional status cannot be changed without the people’s consent, and that cross-community consent is needed for key decisions.

Whether people like it or not, DUP leader Sir Jeffrey Donaldson has a mandate to refuse to re-enter Stormont so long as the protocol is in force and is undermining the GFA. Sir Jeffrey’s decision to stay on temporarily as an MP in Westminster is also part of that commitment.

That Sinn Féin, which collapsed the Assembly for three years between 2017 and 2020, is complaining about this is hypocritical, of course. It is nonetheless galling that the media, and the BBC in particular, rarely remind their viewers or listeners of this.

Undoubtedly, the refusal to restart Northern Ireland’s devolved government has concentrated the thinking of UK foreign secretary Liz Truss. Since she was first appointed last year, she seems to have understood what is at stake in Northern Ireland. In all of her public statements, she has implied that if the EU doesn’t show more flexibility on the Northern Ireland Protocol, then she would be willing to take unilateral action.

The EU, on the other hand, is not even prepared to allow her counterpart, Maroš Šefčovič, a wider negotiating mandate over the protocol. Many of us warned over the past year that the EU, supported by the Irish government, would not behave reasonably. The EU continues to exaggerate the necessity of the protocol for protecting its Single Market, even though just a tiny amount of Northern Ireland-bound trade from Great Britain would ever be likely to pass over the border into the Republic of Ireland.

A whole host of the great and the good, including the Biden administration, will decry any attempt by the UK government to override aspects of the protocol through legislation – just as they did last year, when the Internal Market Bill initially had a section to deal with the protocol. Under pressure in the Lords, the UK government gave in and dropped the protocol clause. This time the attorney general has ruled that it would be perfectly legal to disapply the protocol.

I, along with others in Northern Ireland who have felt betrayed by our own government, will keep the pressure on until we see real and concrete action against the protocol – not just fine words.