‘The protocol has got to change or disappear’

David Frost on why the Northern Ireland Protocol is an affront to the UK’s sovereignty. 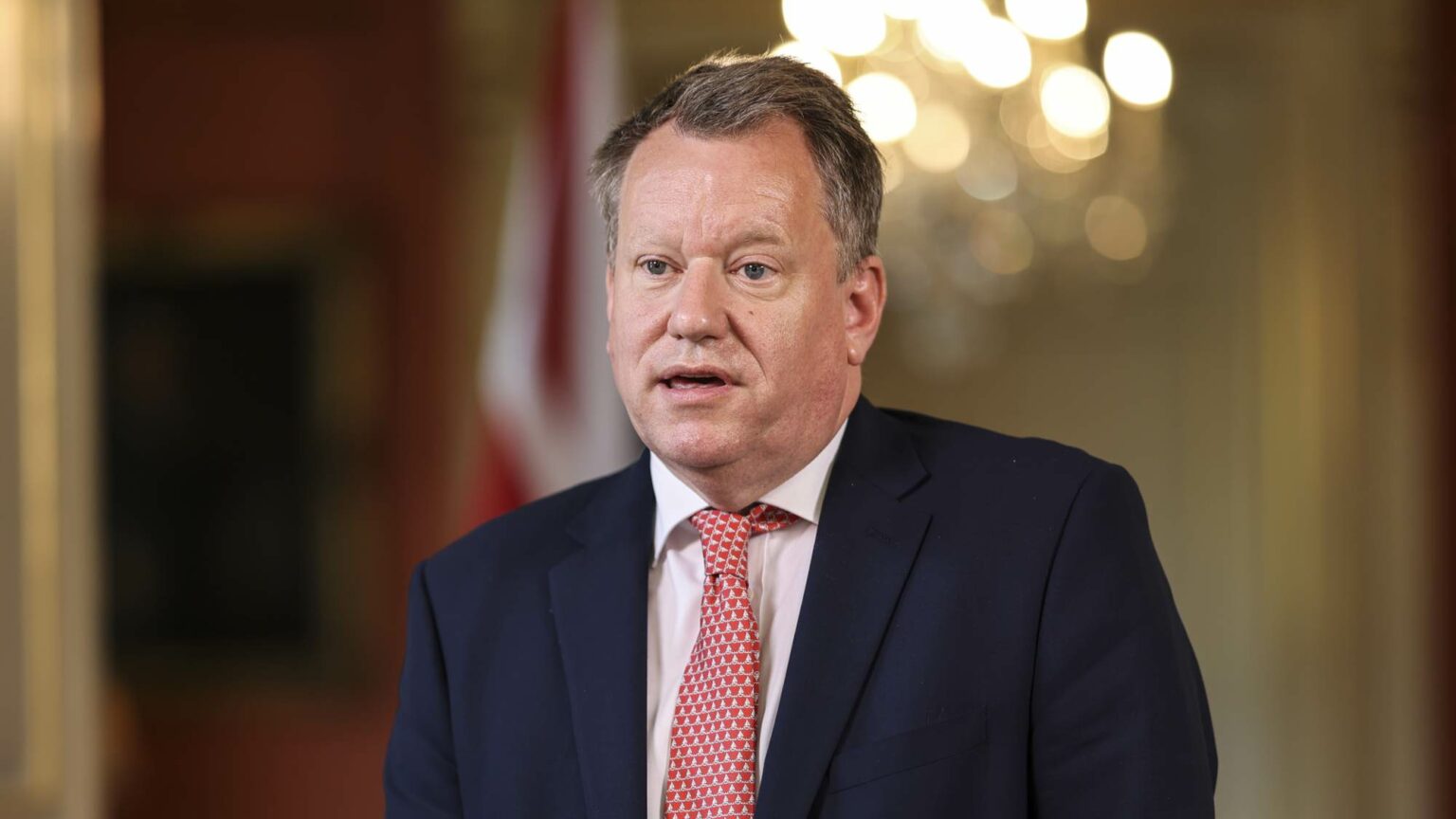 David Frost was the UK’s chief Brexit negotiator under the Johnson government. He also served as a cabinet minister and is a member of the House of Lords. He joined Brendan O’Neill for the latest episode of his podcast, The Brendan O’Neill Show. What follows is an edited extract from their conversation. Listen to the full episode here.

Brendan O’Neill: You have advised Boris to be brave and push hard on the Northern Ireland Protocol. What do you think he needs to do?

David Frost: I think he needs to do what the government seems to be planning to do – which is to get on with legislation to override the protocol. Obviously, if the EU comes back to the table and wants to talk in a serious way, which it hasn’t been willing to do over the past year or so, then that would be worth engaging with. But if it doesn’t – and it doesn’t look like it does – then I think there’s no real choice.

A lot of people do ask me, ‘Why did you agree to the protocol?’. Without going through all the history, the problem is that, obviously, we inherited a Withdrawal Agreement that couldn’t get through parliament. Unfortunately, our predecessors had signed up to some principles, which were then impossible to get away from – notably, the principle that the only way of keeping the border between north and south open was to have the same laws on both sides of the border. I don’t think that’s correct. But, obviously, if that’s your starting point, you’re going to end up with something a bit like what we ended up with.

[The protocol we agreed to] was a very delicate construct. There is lots of balancing language and a lot of flexibility in it. But it hasn’t been applied like that. And I think the only way forward now is that the protocol has either got to change or disappear. The only question is how.

O’Neill: What have you made of the EU side in the latest rows? I often welcome it when the EU behaves in an erratic, childish and authoritarian way, because I think it confirms to lots of British voters why they were right to vote Leave in 2016. This time around, the EU is apparently thinking about launching a trade war, possibly targeting parts of the UK that have Brexiteer MPs, in retaliation over the protocol. I find this shocking.

As the former chief Brexit negotiator, you have dealt with the EU a lot. Is this how it normally behaves? And why is this considered to be reasonable by so many people?

Frost: It’s part of the pattern that we saw in 2019 and 2020, when the protocol was weaponised against us. We got all these threats that we wouldn’t be able to move goods into Northern Ireland. That’s what generated the UK Internal Market Bill, among other things. And now it’s more of the same.

To be fair, I think the EU is beginning to move on from Brexit. As some of the players from the time move on and are replaced, there’s less angst about all of it. But the autopilot response is what we’ve seen in the last week or so. That’s what the EU does until it’s had a chance to think hard about everything. And hopefully, it will think hard, because we’re in a position where there’s something much bigger going on now – ie, the war in Ukraine, where Western unity is really important. So it’s all the more disappointing and surprising that the EU won’t try to find a reasonable way through this with a friendly country. That’s why I think the government has been forced down this route because there’s no other option left.

O’Neill: There may be practical problems that the island of Ireland might have if one part of it is in the UK and another part of it is in the European Union (although I think there are fairly clear solutions to those problems). But fundamentally, the British people voted in 2016 for sovereignty, to remove this country from the European Union. And we ended up in a situation where England, Scotland and Wales are out, but Northern Ireland is kept partially in, beholden to certain trade rules and laws and regulations – quite Byzantine regulations in some instances. Doesn’t the Northern Ireland Protocol and the treatment of Northern Ireland undercut what people voted for in June 2016, which was for the entire United Kingdom to remove itself from the European Union?

Frost: I think it does. Brexit is about sovereignty and it’s about democracy. Sometimes when you hear the debate around this, it’s as if Northern Ireland is not quite part of the UK in the same way that every other part of the UK is.

I tweeted a comment a few weeks back, about there being an international border between Northern Ireland and the Republic of Ireland on the island of Ireland. I got this flood of comments back telling me there isn’t one. But there is. That is the reality. Northern Ireland is part of this country. And until it votes differently, if it ever does (I think that’s very unlikely), it has the same rights and the same privileges as every other bit of the country.

It is frustrating that we couldn’t deliver that in 2019. We had to prioritise getting the whole country out of the [Northern Ireland] backstop. If we hadn’t done that, we would still be negotiating to leave the Customs Union even now. But [the deal] was imperfect. And in the long run, I don’t think you can easily manage arrangements where sovereignty is ambiguous. You can manage practicalities in different ways. But either Northern Ireland is part of the UK or it isn’t – and it is.