A teenager has been hounded out of her sixth-form for saying that biological sex exists. 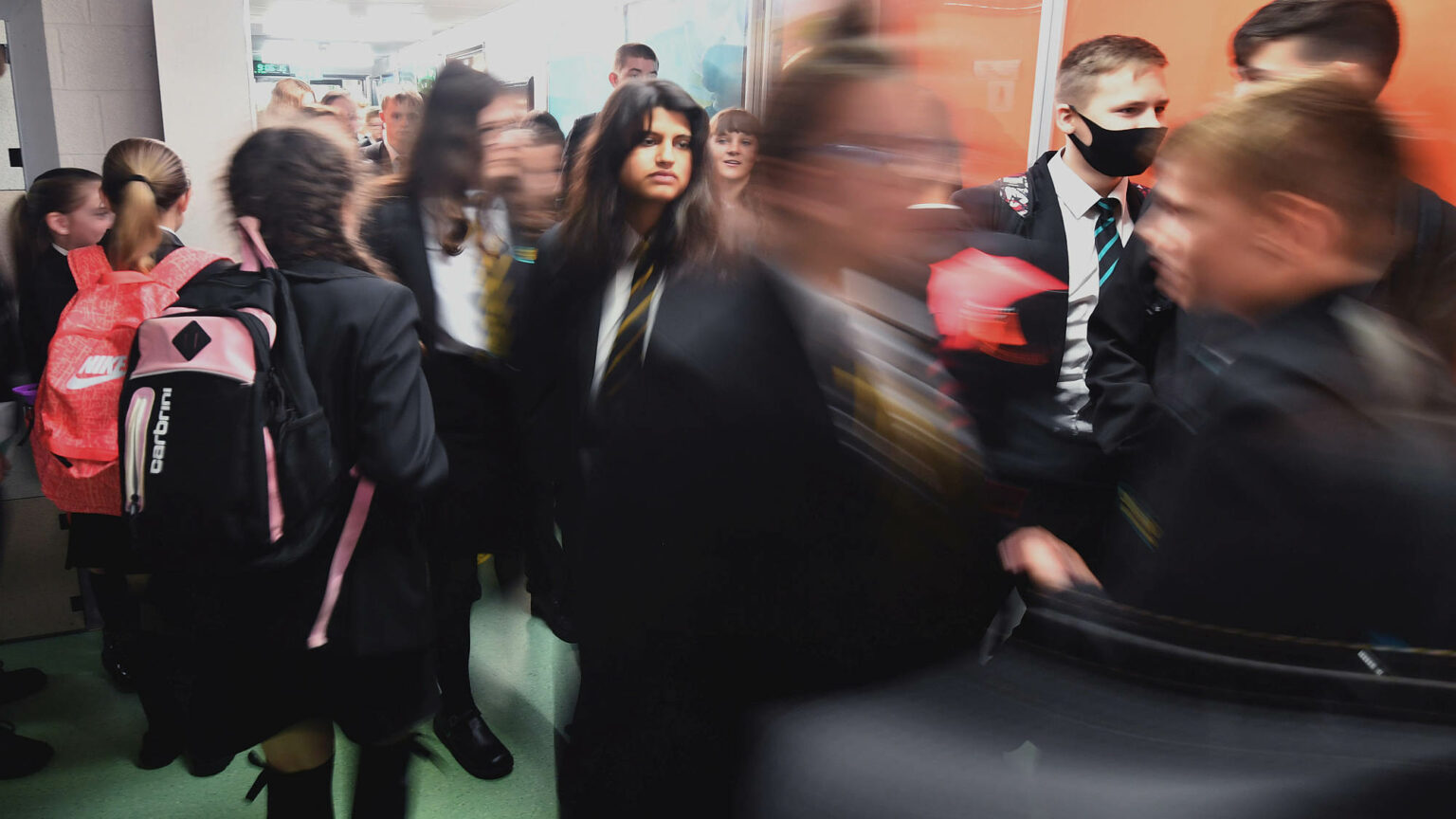 A baroness gave a talk to sixth-form students at a private girls’ school a few weeks ago. Afterwards, one girl was surrounded by a large group of her fellow pupils. They shouted, screamed, swore and spat at her. She escaped, but then collapsed, unable to breathe properly.

The word ‘bullying’ is thrown around lightly nowadays. Children see themselves as victims of bullying if they feel left out. Bosses who put staff under pressure to meet deadlines stand accused of bullying. Mostly these are just unpleasant experiences. But a pupil being targeted, surrounded, sworn and spat at by her classmates is surely a clear-cut case of bullying.

So in this instance, we might have expected teachers – fully trained-up in all the latest anti-bullying guidance – to intervene and put a stop to the targeted girl’s misery, yes? We would have expected her to be looked after and her tormentors punished, right?

But no. That’s not how things actually played out at all. Rather than being supported by her teachers, the targeted pupil – the girl surrounded by the baying mob – has been ‘driven out’ of school. And rather than her tormentors being punished, they have been treated as victims. Incredibly, the school’s headteacher reportedly apologised to the sixth-formers involved for ‘failing to maintain a “safe space” and for being seen to spend so much time giving support to [the bullied student]’, who by this point had been ‘isolated to the library’ for her own safety.

The heretical pupil in question apparently committed a crime so morally heinous that the spitting and swearing were considered an almost justifiable response. Following the baroness’s talk on ‘transphobia in parliament’, the girl at the centre of the row dared to question the orthodoxies of gender identity. She even had the temerity to suggest that sex may be biological and immutable. These thoughtcrimes led her to be branded a transgressor who deserved punishment.

This incident came to light after a teacher at the school contacted Transgender Trend, a group of parents, professionals and academics who are concerned about the rapid increase in children being diagnosed as transgender. From there, it was picked up by The Times. And so finally, the Crucible-like scenes that played out in the school are being exposed to public scrutiny.

It’s worth noting that the school concerned is a Stonewall ‘diversity champion’ and the baroness, who came to talk to students during one of their PSHE classes, is a well-known LGBTQ speaker and activist. Her views on transgender issues would have echoed positions already familiar to the girls – if they hadn’t picked them up from wider culture, then they will have heard them from the likes of trans charity Mermaids, which was invited to address the school last year. The students – 17- and 18-year-olds – were not coming at the issue fresh, then. They have had years of training in ‘correct’ thinking. They were fully primed to agree with everything the baroness said. What their expensive education had seemingly not prepared them for was disagreement with this view. As a teacher at the school describes it, students assumed that the girl who dared to raise questions ‘was thoroughly deserving of the roasting that she had just received’.

For teenage girls to have behaved this way is one thing. But what about the teachers? Many were, according to The Times, initially supportive of the targeted pupil, but ‘withdrew their backing after complaints from other sixth-formers who accused the girl of transphobia’. Seemingly, they either agreed that the pupil was indeed a heretic, thus deserving of her treatment, or they were too cowardly to speak out in her defence.

When the girl returned to school following her run-in with the mob, she was told that she would have to work in the library if she said anything provocative in lessons. Continued name-calling and accusations of transphobia meant that she already spent her breaktimes and lunchtimes in the library. Teachers seem to have assumed that the targeted girl was in the wrong – that she was the problem for expressing disagreements and for daring to raise questions – and not the girls who surrounded her. Under any other circumstances this would have been called out as ‘victim-blaming’. Sadly, but perhaps not surprisingly, the girl left school in December and has been studying at home ever since.

It is utterly appalling that any 18-year-old pupil should have been treated in this way simply for asking polite questions of a guest speaker. That this happened shows not just the complete intellectual dominance of transgender ideology in our schools, but also how scientifically illiterate notions of gender identity have been taught to children as unquestionable moral orthodoxies. From nursery onwards, pupils are led to uncritically imbibe the belief that sex is meaningless, that gender is on a spectrum and that thinking anything else is transphobic.

What’s more, this particular case of the hounded pupil exposes the utter cowardice of many teachers. Not only are they unable to question dominant woke narratives themselves, they are also unable to defend pupils who do so. In the minds of many teachers, promoting intellectual curiosity and facilitating debate have been replaced as key goals of education by the need to promote woke dogma. These teachers seem to have so lost touch with their core moral purpose that they can no longer even be trusted to keep pupils safe in school.

Schools are bound by statutory requirements on political impartiality. Recently, government ministers have helpfully reiterated this duty. One problem faced by those of us committed to impartiality in education is that woke thinking is increasingly presented as not political at all, but simply as a matter of good practice in promoting equality, diversity and inclusion. This could hardly be more wrong. What is going on in our schools is a form of moral indoctrination. And it is having a devastating effect on children.