The Supreme Court is an affront to democracy 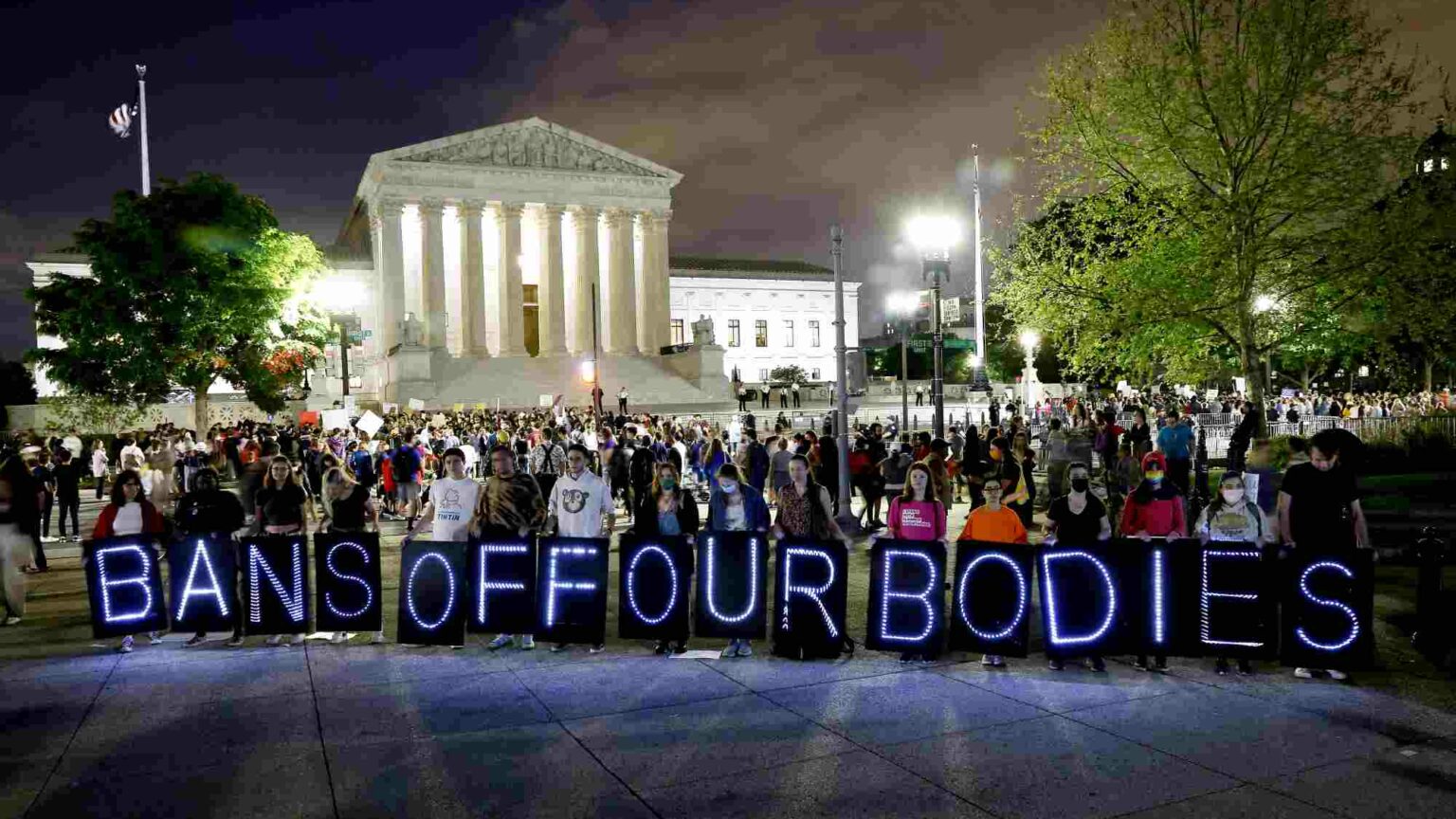 Just days after Richard Nixon took the presidential oath of office for a second time, Time magazine revealed a bombshell exclusive: ‘Last week, Time learned that the Supreme Court has decided to strike down nearly every anti-abortion law in the land.’ Later that day, the Supreme Court released its decision in Roe v Wade (1973), confirming the leak was true.

The majority opinion in Roe, written by Nixon appointee Harry Blackmun, asserted that state bans on abortion were unconstitutional violations of the due-process clause of the Fourteenth Amendment of the US Constitution. The amendment, adopted in 1868 during the Reconstruction period after the Civil War, declares that no state shall ‘deprive any person of life, liberty or property, without due process of law’. In effect, this means that state governments cannot pass laws that violate liberties that have federal protection, but the meaning of ‘liberty’ is not defined. Blackmun argued that the right to an abortion constituted one of those liberties.

It is on this basis that abortion has been legal across the United States for nearly 50 years. But based on a leaked majority opinion in the case Dobbs v Jackson Women’s Health Organisation, it seems that the Supreme Court has now changed its mind. The author of the opinion, Samuel Alito, admits that the due-process clause of the Fourteenth Amendment ‘has been held to guarantee some rights that are not mentioned in the Constitution’, but then adds that ‘the right to abortion does not fall within this category’.

In many parts of the world, abortion has been legalised through the political process, such as through Britain’s landmark Abortion Act 1967. But in the US no such statute exists. Abortion was made legal nationwide only because a majority of Supreme Court justices interpreted ‘liberty’ to include abortion. Now, seemingly, a different set of justices disagree.

Immediately after the leak this week, Senator Bernie Sanders tweeted that ‘Congress must pass legislation that codifies Roe v Wade as the law of the land in this country NOW’. But the difference such legislation would make is unclear. Earlier this year, a bill to legalise abortion was put to the US Congress, but it failed in the Senate: 46 to 48. But let’s say it had passed. Would it have legalised abortion across the US?

The failed Women’s Health Protection Bill says the authority of Congress to legalise abortion comes from three sources: the ‘commerce clause’ of Article 1 of the Constitution, the due-process clause of the Fourteenth Amendment, and the ‘necessary and proper’ clause of Article 1 of the Constitution. But it is far from clear that the current Supreme Court would accept Congress’ assertion that these provide sufficient legal basis to pre-empt state bans on abortion. The Supreme Court has already weakened Congress’ power to regulate inter-state commerce in the area of healthcare, and the upcoming Dobbs decision will likely say that abortion does not constitute a ‘liberty’ protected by the due-process clause.

So, when the US Congress and the US Supreme Court interpret the Constitution differently, whose view should prevail? As I wrote in my book, The End of the Second Reconstruction, when the Supreme Court and state governments conspire to shrink the meaning of ‘liberty’ in the Fourteenth Amendment, Congress can and should be prepared to push back. This means being prepared explicitly to overturn Supreme Court rulings and state laws.

In the United Kingdom, an act of parliament doing this would (at least until recently) be entirely uncontroversial. It is largely accepted here that the UK parliament, elected by the people, has the final say in what is and is not constitutional. But in the United States the principle of judicial supremacy reigns. If it remains in place, then the ability to react to liberty-constraining court decisions is much more limited.

On the abortion question, there are some things Congress could do. Congress could, quite uncontroversially, legislate to protect abortion in areas under federal jurisdiction. It could provide some protection and even financial aid to women who cross state borders to access abortion. And it could protect the sending of termination pills in the postal service. Congress could also use its superior fiscal resources to incentivise the provision of abortion services, or punish states that restrict access to abortion.

But as we’ve seen in other policy areas (such as the expansion of public-health insurance to working-class people under Obamacare), some states are willing to turn down the money and take the financial hit. In any case, for millions of American women living in the roughly half of US states expected to ban abortion outright, these congressional interventions would have minimal impact.

Ultimately, if you have a system in which judges have the final say, and there are no clear political routes to overturn their decisions, then citizens are subjected to the views of whoever sits on the court. If you accept judicial supremacy, there are just two options available if you wish to overturn an egregious court decision. One is to amend the Constitution. But in the US, the threshold for amendment is exceptionally high. Alternatively, you can try to shape the composition of the court in your own image, turning elections into battles over who gets appointed to the court, rather than over the substantive issues themselves.

Judicial supremacy has often been championed by liberals, but it cuts both ways. Ultimately, it shrinks politics. If you’re on the winning side, that’s great. But when you lose, it’s much worse than losing an election.

Abraham Lincoln recognised these dangers in his 1861 inaugural address. He warned that ‘if the policy of the government upon vital questions affecting the whole people is to be irrevocably fixed by decisions of the Supreme Court… the people will have ceased to be their own rulers, having to that extent practically resigned their government into the hands of that eminent tribunal’. Lincoln was speaking after the Supreme Court had ruled that people of African descent could never become US citizens. It took a civil war to overturn that decision.

As the Roe v Wade debacle shows us, Americans cannot leave it to unelected judges to defend their liberties.