Does the German government have a Putin problem?

Olaf Scholz is not a Kremlin stooge, he just leads a confused and unprincipled party. 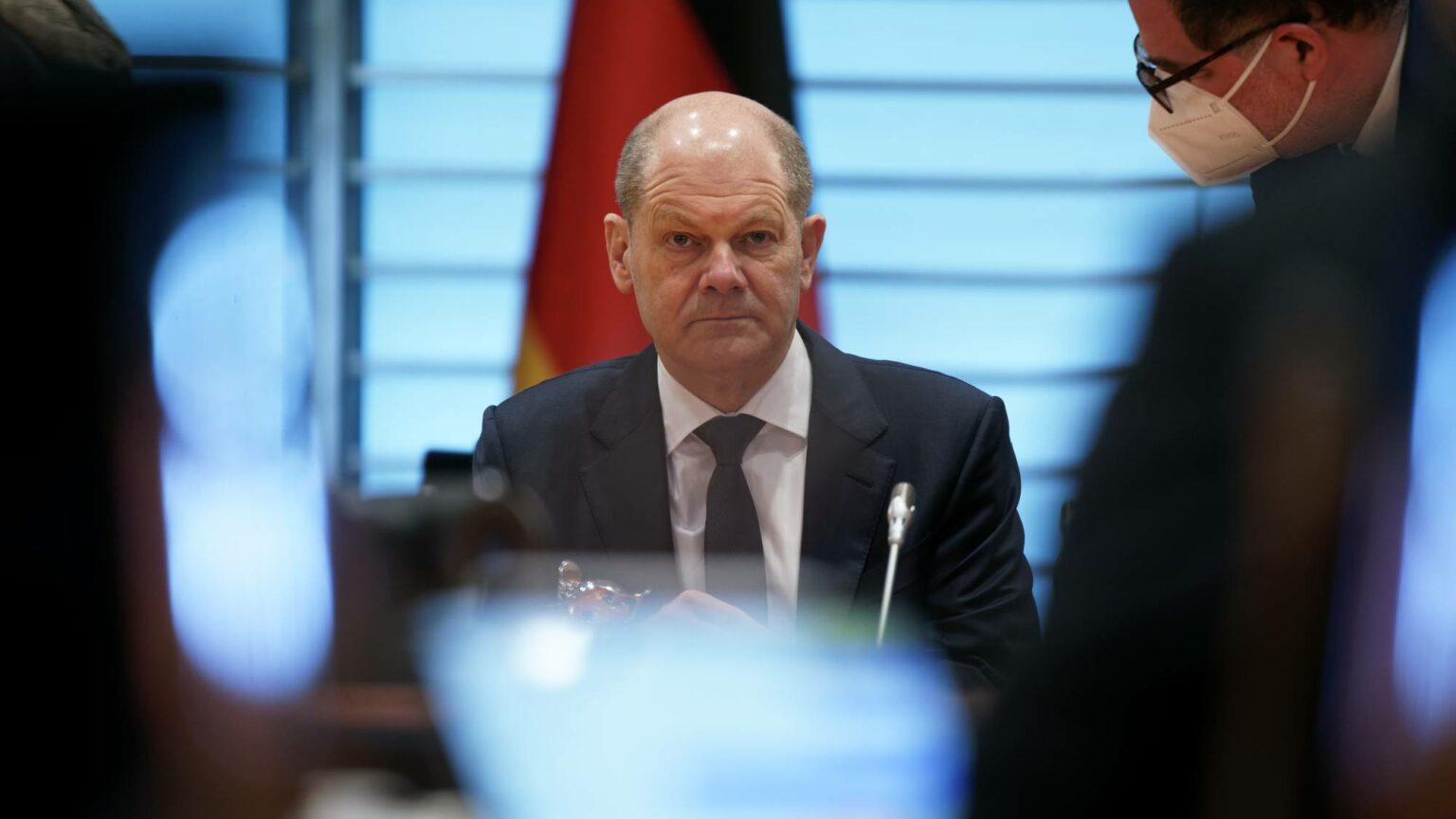 The war in Ukraine has exposed the emptiness at the heart of Germany’s Social Democrats (SPD) – the centre-left party which leads the current government. SPD chancellor Olaf Scholz has been on the defensive for weeks, as ever more damning news keeps emerging about the apparently close ties between top SPD functionaries and the Putin regime. Scholz’s initial reluctance to deliver heavy weapons to Ukraine angered both opposition politicians in Germany and European allies. Critics of the chancellor say his party has a ‘Putin problem’.

Since Russia’s invasion of Ukraine, the SPD’s biggest headache has been the relationship between former SPD chancellor Gerhard Schröder and Russian president Vladimir Putin. Schröder is not only a personal friend of Putin – he is also a prominent lobbyist for Gazprom, the largely state-owned Russian gas giant. Schröder’s refusal to cut ties with Putin, or to resign from any of his roles with Russian energy companies, has made him a pariah.

The latest scandal to rock the SPD centres on Manuela Schwesig, the minister-president of Mecklenburg-Vorpommern. Schwesig has held several top jobs in the SPD, including as family minister, and was once viewed as a rising star in the party. Now leaked documents appear to have revealed the efforts she went to in order to push through the controversial Nord Stream 2 gas pipeline. This has led to accusations that she is a puppet of Putin.

Nord Stream 2 was built to double the amount of gas imported to Germany from Russia. The pipeline ended in Schwesig’s state, Mecklenburg-Vorpommern. After the US, led at the time by Donald Trump, imposed sanctions on the project, Schwesig is alleged to have set up a front organisation in order to help Russian contractors evade the sanctions.

For her part, Schwesig championed Nord Stream 2 as a means to create new jobs in one of Germany’s poorest regions. She was far from alone in supporting the project. In September 2021, Schwesig was applauded in the German Bundestag when she claimed that anyone questioning Nord Stream 2 must surely be a lobbyist for the American shale-gas industry.

So how did we get here? Commentators have sought to pin the blame for this mess on postwar German history. ‘Since 1945, Germans have been taught only one option – surrender to the Russians’, one writer argues in Politico. Meanwhile, a writer in the Spectator pins the SPD’s alleged ‘Putin problem’ on the party’s ‘Ostpolitik’ of the 1970s, led by SPD chancellor of West Germany Willy Brandt.

In truth, there is a world of difference between the old Ostpolitik at the height of the Cold War – when Brandt began talks with the Soviet Union, leading to improved relations with both the USSR and the then Stalinist East Germany – and today.

For a start, Brandt at least had a coherent foreign policy. His aim was to bring East and West Germany closer together. He felt that greater economic cooperation would eventually undermine the Communist government in the East. There is no ideology, and not even a foreign-policy strategy, behind the SPD’s more recent policies towards Russia. On the contrary, Schwesig and others were motivated by short-term economic pragmatism. Germany simply needed gas and needed Russia to supply it.

Ostpolitik was also introduced at a time when defence was still considered extremely important. Back in the 1970s, the German army was still being built up, while more recent governments of all stripes have allowed it to deteriorate – a problem Germany is only now grappling with. And while Nord Stream 2 and the SPD’s closeness to the current Russian government have severely strained Germany’s relationship with countries in Eastern Europe, Brandt’s Ostpolitik laid the foundation for vastly improved relations with Poland, by officially recognising its borders.

It is of course hard to know what Brandt would have said about today’s war in Ukraine. Most probably, he would have understood the importance of defending Ukraine’s sovereignty. After all, the aim of his Ostpolitik was to strengthen Germany’s sovereignty at a time when it was still an occupied country.

In contrast, German policy in recent years has eschewed any mention of the word sovereignty. Instead, leading SPD functionaries have justified Germany’s dependence on Russian energy with empty phrases and virtue-signalling. Typical in this regard is German president Frank-Walter Steinmeier, who was SPD foreign minister when Crimea was annexed by Russia in 2014. In February 2021, he defended Nord Stream 2 on the spurious grounds that ‘we must never forget the historic dimension of the project’. He essentially tried to present the pipeline as a form of atonement for Nazi Germany killing over 20million people in the former Soviet Union. He has since acknowledged it was a mistake to have ever backed the pipeline.

Aside from the most egregious cases, like Schröder and Schwesig, the SPD’s real problem is not that it is too closely tied to Putin or Russian business. Rather, it is hobbled by its lack of political clarity. Scholz, like Angela Merkel before him, expected to be able to govern simply by following the opinion polls. But Germany is deeply divided on how best to respond to the war in Ukraine. In the latest polls, 45 per cent of Germans are in favour of delivering heavy weapons to Ukraine, while a roughly equal number are opposed. Of course, this varies according to which party you support. While more SPD voters say they are sceptical of assisting Ukraine, support for Ukraine is strongest among Green voters and Free Democratic voters. Both of these parties serve in the current government coalition.

All of this has put Scholz under enormous pressure. As a weak, unpopular leader, he is trying to please all sides. This has made him incapable of leading, and has left his party in a real fix. He is not a Putin stooge, he just leads a very confused and unprincipled government.