What now for the gilets jaunes?

Macron may have won the election, but he’ll face fierce opposition on the streets. 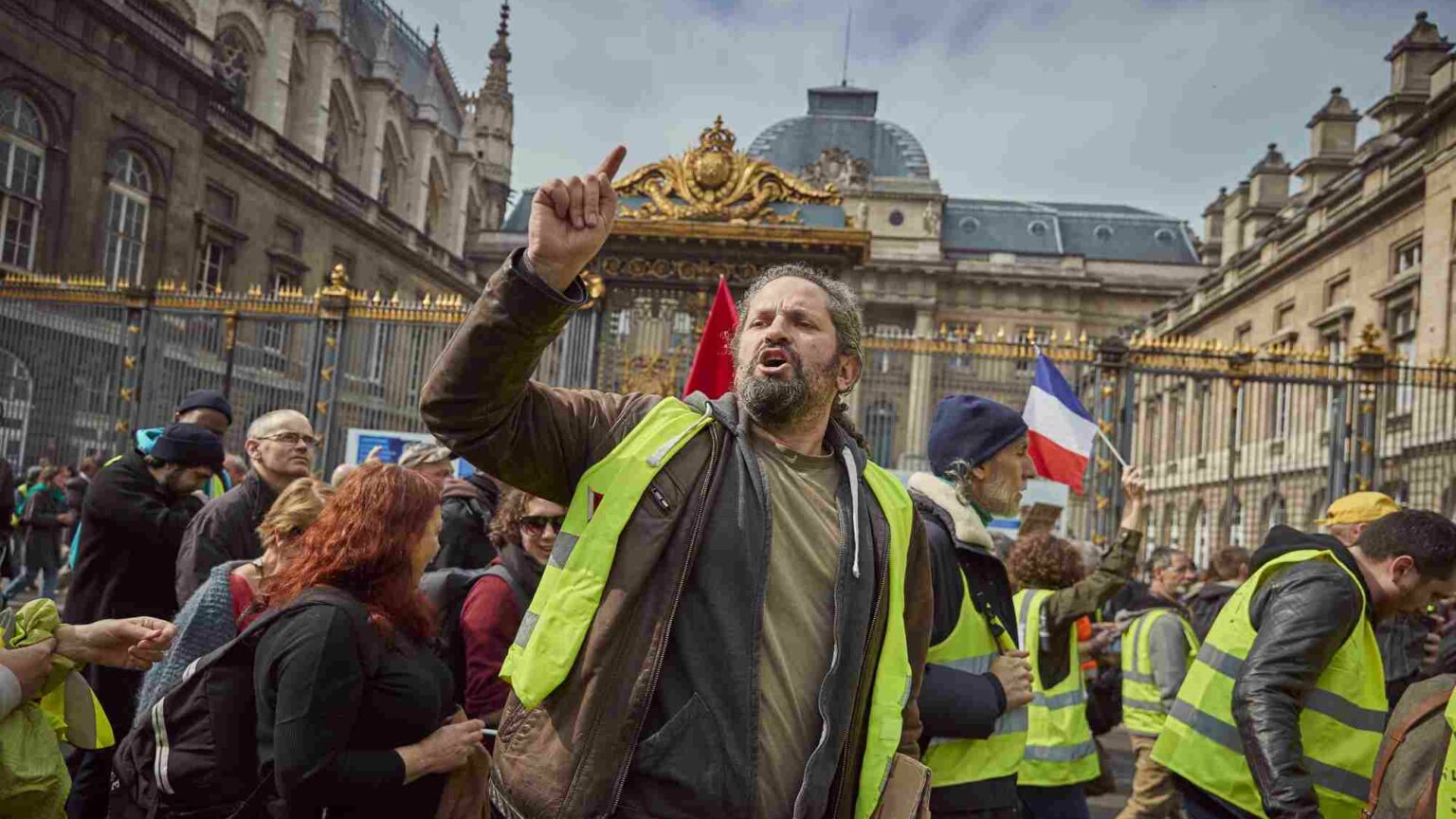 On 14 March 2020, just days before France was to enter its first Covid-19 lockdown, ‘Act 70’ of the gilets jaunes protest took place, marking their 70th and last consecutive Saturday of mobilisation in France. Only the strict curtailment of civil liberties, enacted to slow the spread of Covid, could stop the yellow vests, though they have not gone away completely from the French political landscape.

The protests – which started in November 2018, when Emmanuel Macron’s government introduced a new tax on fuel – quickly grew into a general critique of the whole French political class. With no central leadership, the gilets jaunes still managed to put forward a list of 42 demands, including: the resignation of Macron; the repeal of the so-called ‘green taxes’ that hurt their purchasing power; and the creation of the RIC (Citizens’ Initiative Referendum), which would allow citizens to be granted referendums if they gather enough signatures. Macron was forced to back down and repeal the new tax, but he has since won a new term as France’s president without addressing the other demands of the movement.

With the price of fuel at an all-time high following the Russian invasion of Ukraine, a litre of unleaded petrol is more expensive now than it would have been had the new tax on fuel taken effect in 2018. A recent poll shows this had an impact on the gilets jaunes vote during the first round of the recent presidential elections: 44 per cent of them voted for the hard-right Marine Le Pen and 28 per cent voted for the left-wing Jean-Luc Mélenchon, both of whom campaigned on the cost-of-living crisis. The gilets jaunes are also more concerned than the rest of the population about three key areas: purchasing power, social inequalities and immigration. They have certainly led the protest vote against the Macron regime, its structural reforms and its unashamed neoliberalism.

Importantly, the gilets jaunes have been very mobilised – both in the streets and electorally. They abstained less than the average French citizen at the election. This is the most important conclusion of the first four years of the movement: it has re-politicised sections of the French working class. With most gilets jaunes coming from a working-class (ouvriers) or lower-middle class (salariés) background, two categories that have abandoned their traditional support for the old establishment parties, the movement has given them an opportunity to participate directly in politics.

The left has failed to capitalise on the movement. Mélenchon, with his anti-Macron rhetoric and left-populist politics, could have done more to capture these voters’ concerns about social inequalities. The failure of his party, La France Insoumise, to open its ranks and take the concerns of the gilets jaunes seriously has been noted by others in his own party. With LFI seeking alliances with centre-left parties ahead of the legislative elections in June, those warnings have apparently fallen on deaf ears.

The yellow vest itself, the hi-vis jacket, is a symbol of resistance. A compulsory accessory for all motorists in France, it made the protesters visible, audible and impossible to ignore. Entire sections of the electorate – those living in the so-called ‘empty diagonal’ regions, where public services do not penetrate; the essential workers of the pandemic, who kept going to work when others stayed at home; those living in the periphery of the metropolitan areas – have acquired a political consciousness and are not afraid to defend their interests.

Their concern about purchasing power puts the gilets jaunes at odds with the green politics of the political left. The French Communist Party was the only leftist party to defend nuclear power – a cheap and relatively clean alternative to coal and gas – during the election. Mélenchon opted for a full-renewable solution to the energy crisis, a difficult and costly choice for a country that currently generates almost 80 per cent of its electricity from the fission of atoms. Ambitious from a green perspective, the promise raised questions of affordability, particularly for the part of the population whose energy costs are a large proportion of their monthly budget – the very group the gilets jaunes emerged from.

Then there’s the issue of immigration. There is a false equivalence made by sections of the liberal press between concern about immigration and racism. Macron champions the view that immigration should be a non-political issue and presents those who disagree with him as reactionary and against freedom of movement. This is a mistake. It is entirely possible – as attitudes towards immigration in Brexit Britain have shown – to argue that immigration is a political issue, open to democratic control and debate, while also supporting the expansion of freedom of movement. Concerns over immigration should not be left to the far right, and voters should be given a democratic choice. The advocacy of freer movement for all, not merely for EU citizens, should be defended politically and not as a technicality.

They might not dress in yellow in the years to come – protesters were targeted by police and fined for wearing bright-yellow masks in public during the Covid lockdowns – but those who took part in the 2018-20 weekly protests, or the sporadic demonstrations in 2021 and 2022, will have much more to fight for between now and 2027. Macron’s proposed pension reforms, his lack of measures to help with purchasing power and rising energy costs, and further cuts to public services will push the gilets jaunes on to the streets.

We can expect more gilets jaunes protests in the second instalment of Macron’s reign. ‘Macron démission’, the call for the president to resign, will find more resonance after these elections, where Macron was elected with the support of fewer voters than in 2017. Abstention was comparatively high last Sunday, but more importantly, more than three million voters – myself included – went to the polling booth to either vote for neither candidate or to spoil their ballots. Macron needs to be reminded of the yellow-vest chant: ‘On est là, on est là! Même si Macron ne le veut pas nous on est là!’ In English: ‘We are here, even if Macron does not want to see us, we’re here.’ That remains the most potent message of the gilets jaunes.