Rising Damp was more than a sitcom 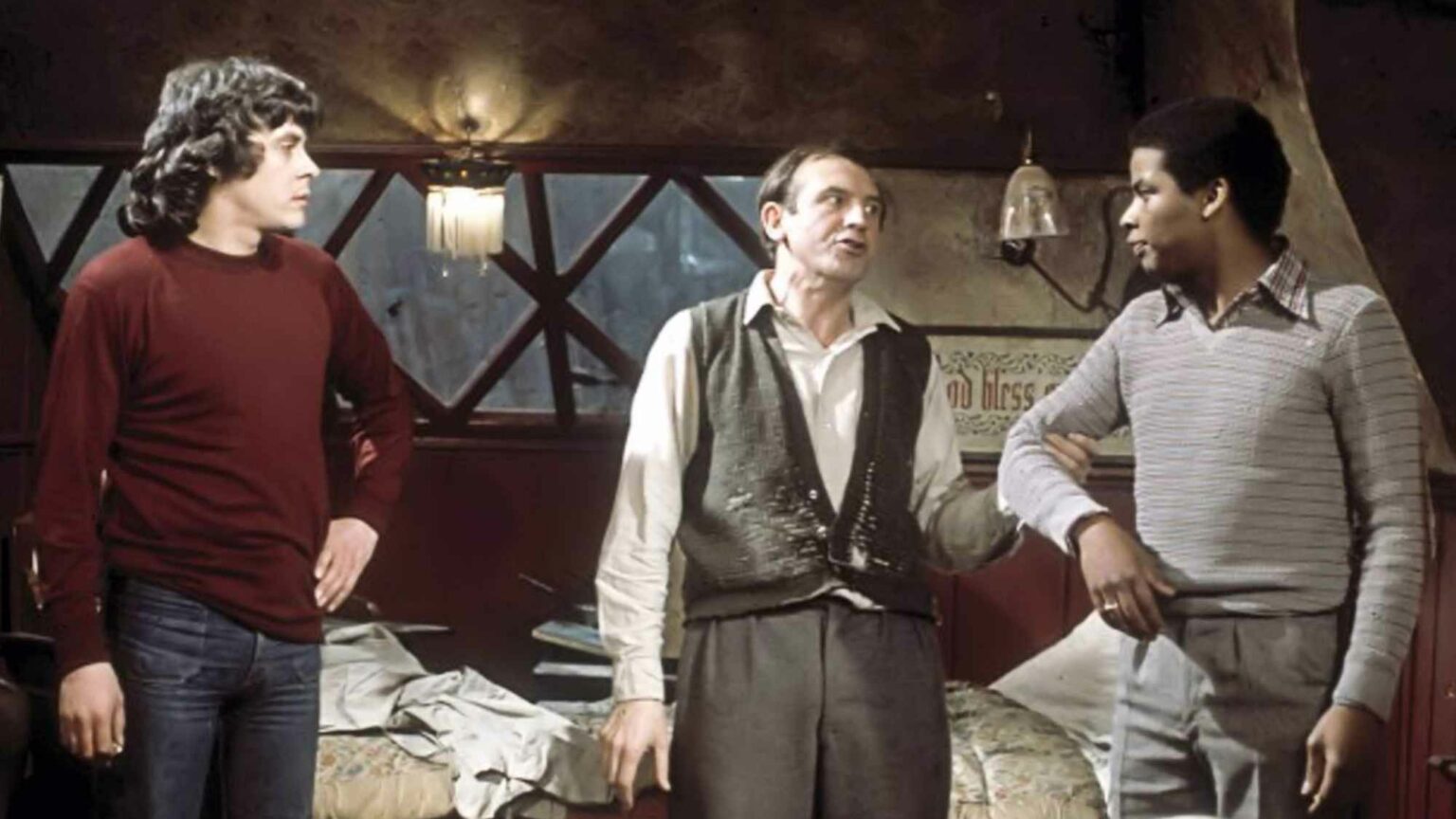 Eric Chappell, creator of Only When I Laugh, Duty Free and – on a spire, high above these perfectly respectable elevations – the immortal Rigsby of Rising Damp has died, aged 88. Two Fat Ladies, as I suspect would have occurred to him and even, once he had reconciled himself to the personal affront of the issue at hand, amused him. Bingo! would not only have been a suitably inappropriate thing for one of his characters to shout in the middle of a funeral. But it also fits his cheerfully unapologetic, mass-appeal output, and the inescapable sense that he belonged to another era, another England altogether.

Little of his work is still shown. There is no shame in this. Chappell was perhaps unique among his peers, in having written primarily for ITV, which rarely invested doggedly enough in scripted comedy to let the bulbs dig in and weather the first frost. The BBC alone seemed to grasp that a decent sitcom only reveals its worth, its heart, after a couple of much grumbled-about repeats. This is also reflected in the maintenance of the archive.

But most comedy is at best ephemeral – it aims at present laughter, and later, perhaps, a fond recollecting smile. And situation comedy, especially, begins to yellow, crack and peel like the wallpaper in a formerly dignified Victorian terrace, once the situation becomes first unfamiliar, then implausible and then simply, frankly, annoying.

Now, once home, we depart to our private metaverse, and watch polished, perfectly algorithmic upbeat fantasies on our phones, where the comedy comes from impossibly witty whiplash repartee, instead of the reassuring frustrations of the endlessly thwarted and denied.

But, as Humphrey Lyttelton might have said, as the winds of time howl down the canyon of culture, dispersing all but the hardest stone, a few towering monuments remain, like those in John Ford’s favourite valley. And one of these is Chappell’s.

Rising Damp is without doubt one of the very finest creations ever aired on TV, in any genre. It is likely to endure at least as long as sitcoms are remembered, or anyone wants to know what 1970s Britain was really like. And Rigsby, the eternal landlord, the loathsome, twitching spider at the centre of his jealously guarded web of dilapidated bedsit rooms, is one of the most conflicted, writhing, repellent, unbearably human failures to provoke our laughter and helpless affection in the history of, well, whatever it is that has been going on here, since Chaucer and the Wyf of Bathe.

Here was a character to stand alongside anything in Dickens, Hogarth or Swift. Embodied with deceptive craft by Leonard Rossiter, whose physicality and speech were always right on the edge of tipping over into pantomime.

Rigsby was perfectly triangulated by his unresolved relationships with each of his three lodgers. His contorted lust for Miss Jones, herself anxiously cupping the trembling flame of a femininity on the cusp of spinsterhood, a flame which Rigsby was utterly unable to kindle into functional courtship. His quasi-paternal irritation with the shiftless, amiable but immobile student, Alan. And most memorably of all, his utter confusion and inner torment, as he wrestled his fear and suspicion of, and grovelling respect for, the smooth sophisticated ‘African Prince’, Philip. Long before we knew the term, Rossiter could communicate ‘Application not Responding’ with just an impotent chicken wing of an arm, and the silent working of his jaw and lower lip, rendering verbal dialogue moot.

With these three all played to perfection by the adorable Frances de la Tour, the tragic Richard Beckinsale and the still implausibly dishy Don Warrington, Rising Damp regularly drew delighted audiences of around 18million viewers. The writing has been favourably compared by serious critics to Beckett and Pinter. The fact that it could entertain a third of the nation at a time is a testament to something much more than the paucity of choice in the days when TV was a three-pin plug.

This sort of thing will, we all now know, never happen again. Sitcom still exists of course, but in a diminished form. And to be clear, I do believe that we have been amply compensated for its loss. But I wonder if younger readers quite grasp that, for 30-odd years, sitcom was the medium by which the British understood themselves.

Between roughly Steptoe and Son and The Office, sitcom characters enjoyed a very special place in the affections of the British public. Their sheer universality has no real corollary today. They were not their actors, and they were not like ‘reality’ stars, but nor were they thought of as fictional. They were more like Platonic Forms, ideals, of which the people we actually knew were imperfect replicas.

More than novels, movies or popular music – let alone stand-up comedy or live theatre – TV sitcom was the mirror we held up to ourselves, and the gallery, in which we found the archetypes we could use to make sense of our own community. Everyone knew them, from young to old. They were held in a degree of esteem and affection somewhere between the queen and the family dog. They were part of the basic information you needed in order to function as a citizen. Their catchphrases were the common currency of pubs, workplace canteens, family dining rooms.

Long before memes, gifs and other shareable online shorthand appeared to enliven our chatrooms, sitcom provided us with the raw materials, the pieces to play, as we chatted in actual rooms. The masks worn to tease and mock and bracket our friends and families, teachers and bosses, and anyone we encountered from the lady on the bus to that strange man in the hotel breakfast room.

And once it had been established who you were, in terms of a recognisable sitcom character, that was your identity and you would do well to shift it. I, as it happens, was Rigsby. It could, incredibly, have been worse.

To have placed a name in the pantheon of sitcom characters is not simply to have increased the public stock of harmless pleasure. It is to have woven something ineradicable into the worn old rugs on which we all, like it or not, still walk. And for all that England’s cities, ambition and demographics have changed beyond recognition (I am signing off now in a wonderfully bright, well-catered, wifi-enabled and utterly damp-free café in a formerly very Rising Damp neighbourhood), Rigsby is still alive and well and scorning my choice of coffee in my head. Long may he survive.

Meanwhile, if, as a fan of Rising Damp, you long for something a bit different, but apt to remind you of the glories of the past, Don Warrington has narrated a very serviceable translation of Dostoevsky’s Crime and Punishment.

The themes – souls in torment, lunging for freedom and collapsing in despair, unable to escape the coiling vines, not so much of circumstance as of their own, merciless conscience and self-doubt – will be familiar enough. But still, you will, I think, have to concede that Eric Chappell managed to communicate all of this, week in week out, at around 24 minutes a time. And made it desperately, jaw-achingly funny to boot. Backwards, and in heels, if you will. And by all accounts died, unlike poor old Fyodor, a happy and contented man. Lesson, as they say, there.