The war in Ukraine is not a Western plot

Konstantin Kisin on what the alternative media get wrong about Russia’s invasion of Ukraine. 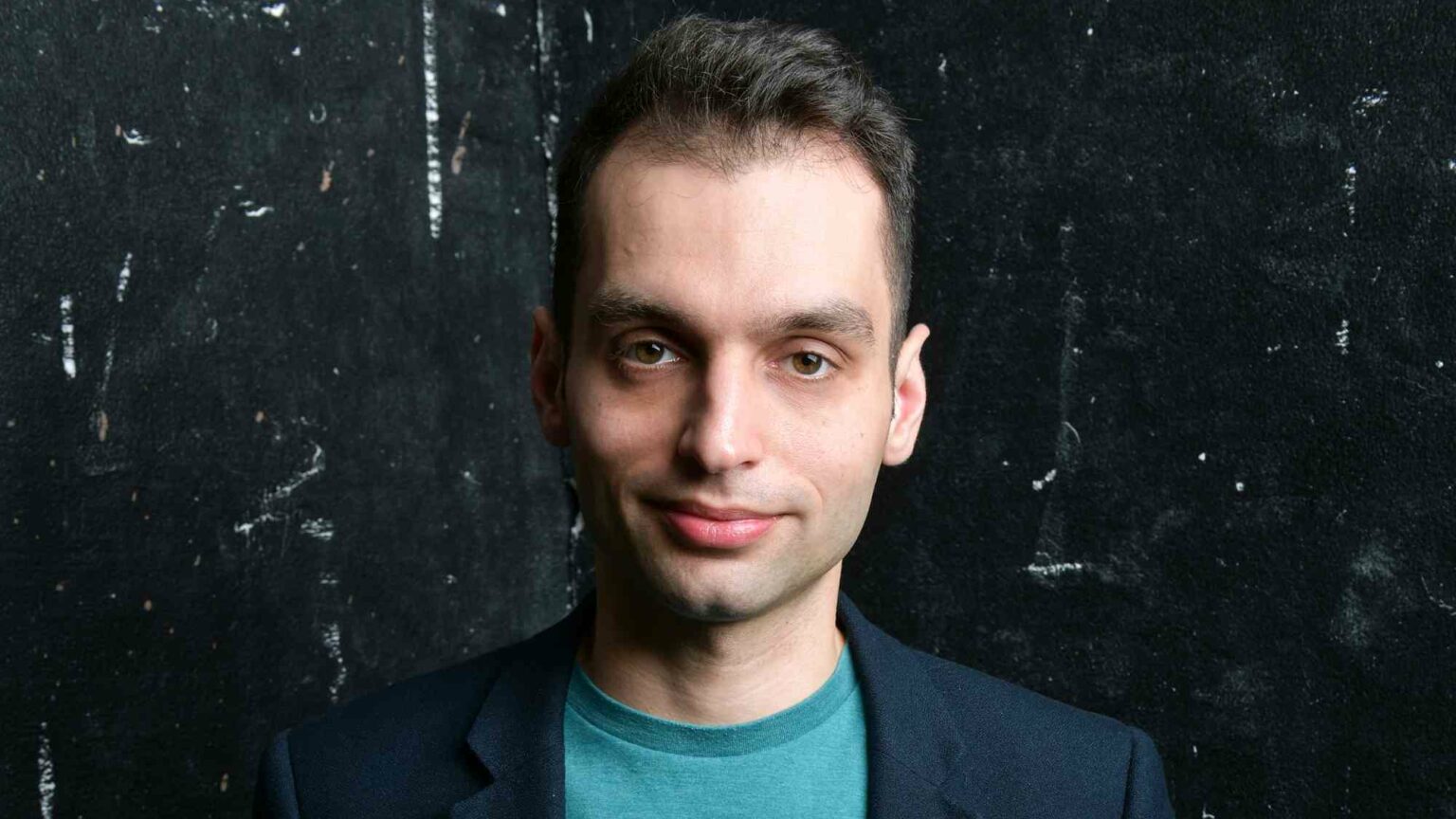 The war in Ukraine seems to have united the West like few events before it. The Western powers, the main UK political parties and the mainstream media are at one, at least rhetorically, in support of the Ukrainians. Some say that this unanimity alone is reason for suspicion, because Western elites can never be trusted, and must always have ulterior motives. For many in the alternative media, this unanimity is proof positive that the West is up to no good, that it is waging war just as it always has done. But is that really a fair reflection of this conflict?

Konstantin Kisin – co-host of Triggernometry and author of upcoming book, An Immigrant’s Love Letter to the West – has been pushing back against this cynical view of the war since it began. He joined Brendan O’Neill for last week’s episode of his podcast, The Brendan O’Neill Show. What follows is an edited extract from their conversation. Listen to the full episode here.

Brendan O’Neill: Vladimir Putin has presented his invasion of Ukraine in existential terms. This is a battle against fascism, he says. It’s about ‘denazification’. Although that language is slightly changing now. If Russia continues to perform worse than expected, in a war he claims is against ‘Nazism’, will Putin still be able to present this as a victory? Will his control of the media be enough to do that?

Konstantin Kisin: When you talk about control of the media, let’s quantify that. So the first thing people should know is that even in peacetime, prior to this invasion, 75 to 80 per cent of people in Russia got their information exclusively from television. And that is basically about the number of people that are supportive of Vladimir Putin, even if they’re not necessarily supportive of this invasion. And in terms of radio, television and newspapers, every single independent media outlet in Russia has been shut down. So the ability to sell anything as a win is very strong.

In terms of communicating the outcome, in the West governments make statements about their objectives that they know they will be judged on later. It’s very different in Russia.

To give you an example, in 2014, when Vladimir Putin said that there were no Russian soldiers in Crimea. The soldiers had no insignia, and they were impossible to identify. He denied that there were Russian soldiers for several days in a row. And then of course, later, he admitted there were, and gave out medals to the soldiers. Now imagine if Boris Johnson had done the same. I think there would be quite a reaction. In Russia, people thought it was great – our commander-in-chief tricked the evil enemy into allowing us a tactical advantage. So the ability to change the narrative, post factum, is very much there.

I don’t think there’s going to be that much of a difficulty in selling what might happen in Ukraine. Let’s say, for example, that Ukraine agrees that the two breakaway republics in the Donbas and Crimea are allowed to be independent. They could sell that domestically, very easily.

O’Neill: I want to ask you your view on NATO’s role in the conflict. I’ve been critical of NATO for a very long time, including its interventions in the Middle East and the former Yugoslavia. I also think it was problematic the way in which NATO moved ever eastwards. And I’m far from alone in thinking that – even Margaret Thatcher expressed similar concerns after the end of the Cold War. But it has struck me over the past few weeks that some people in the West, some academics and some on the left, have fetishised NATO’s role to such an extent that they’re almost absolving Russia of responsibility for what it is doing. This idea that the war is NATO’s fault seems even to me, a NATO critic, to be preposterous and almost a form of victim-blaming.

Kisin: If Ukraine wasn’t wearing a short skirt, this would never have happened… I acknowledge that Russia is unhappy at NATO’s expansion eastwards. In fact, my father used to be a junior minister in Boris Yeltsin’s government, in the 1990s. His job was to deal with the countries of the former Soviet Union. So I’m well aware of the way that Russians perceive this. And you’ve got to understand, in Russia, Western expansion isn’t perceived as a sort of minor inconvenience – the West is the enemy. And the ‘enemy’ was getting closer to our borders. That is a legitimate reason for Russia to be concerned.

But I think some people, particularly John Mearsheimer and others, are pushing these narratives beyond where they can credibly go. For instance, one narrative is that Russia and Ukraine were living peacefully and happily together since the collapse of the Soviet Union. And then the evil American capitalist pig-dogs came along and caused a coup in 2014 in Ukraine, after which the country turned in a Westward direction, and this is what Russia has been concerned about. This is completely untrue.

My grandfather was a Russian speaker all his life in southern Ukraine. The moment the Soviet Union collapsed, the first thing he started doing was speaking Ukrainian. My aunt, who is his daughter, is a Russian-speaking Ukrainian. She speaks terrible Ukrainian! But she does it anyway. Many people, even Russian speakers and ethnic Russians, felt that now Ukraine is an independent country, we have got to forge our own identity.

So since 1991, in terms of people’s mindsets, the country has been moving ever more westwards. And the reason 2014 happened was that people got fed up with Ukraine being prevented from choosing its own direction. Now, did the West want Ukraine to move in a more westward direction? The West wants every country in the world to move in a more westward direction. That is undeniable. But it wasn’t a Western coup. I know many of the people who were involved in the street protests.

Ukraine wanted to sign an agreement that would take it in a more westward direction. The Ukrainian president, who was basically a Russian puppet, prevented that from happening. And having promised to go with that agreement, he tried to sign another one with Russia. People came out on to the streets. They were brutally assaulted, beaten up, and then there was a public uprising.

Ukraine is a piece of land that has always been between two big warring empires of one kind or another, whether that was the Austro-Hungarian Empire and the Russian Empire, or Hitler’s Germany and the Soviet Union. It has always been at the intersection of two warring empires and probably even two civilisations, the descendants of Western Roman civilisation and Eastern Roman civilisation. So, in many ways, these conflicts are inevitable. It happens in Ukraine about once every century.

O’Neill: I have often found myself at loggerheads on the Ukraine question with the kind of people who would consider themselves to be on our side – people who would be critical of wokeness and the European Union and in favour of freedom of speech. But they have adopted an almost conspiratorial way of seeing the world – it’s not really critical thinking, it’s cynical thinking – and they disbelieve everything about the narrative that we are being given on Ukraine. I’m sure there are aspects of that narrative that are worth criticising and talking about, but they see the entire narrative as concocted. They dismiss the Ukraine conflict as a distraction, another way to galvanise the ‘dumb public’ now that Covid is fading away. What do you make of that kind of discussion and how do you deal with it?

Kisin: I’ve probably got into a fight with one or two people because of it. I think you’re right – we’ve got to a point where it’s cynical thinking. I don’t even necessarily always blame those people, although, at the end of the day, we are all responsible for the things that we say and do.

Now, that same media are unanimously in favour of a certain stance on Ukraine. And people are going, ‘Well, they’ve lied to me about all these other things, how can I really trust them on this?’. My difficulty with that is I know this situation from the inside. So, for example, you have people running around saying Ukraine is overrun by Nazis. I’m a Jewish Russian guy who goes to Ukraine three times a year. And every bloody time I get on the plane, do you know who is on board? It’s me and 299 Orthodox Jews, who are on a pilgrimage to Uman, in Ukraine, in full garb. So if this was a country overrun by Nazis, I don’t know how far my fellow passengers would get. So the difficulty for me comes from people who maybe don’t know enough about Ukraine just regurgitating certain things.

It’s extraordinary what has happened. Clearly some people’s brains have been broken over the past six years. And I think locking people in their homes for close to two years hasn’t helped, either.

The collapse of the mainstream media’s credibility is obviously a big factor here. And I think we’re all struggling to find the answer to this. Some say we need to rekindle our trust in the mainstream media. No, they need to become trustworthy first.

I don’t really have any answers beyond what I’m trying to do, which is to give people what I think is a factual and accurate perspective on Russia and Ukraine. I’ve spent a lot of time monitoring what the Russian media is saying. One of the things that has really bothered me, particularly in the first few weeks of the conflict, is how I would watch something on Russian propaganda TV, and then a week later I would start to see that piece of propaganda popping up on Twitter from the people who don’t themselves watch Russian TV. But those ideas from Russian TV are somehow being laundered and popping up a week later in Western discourse.

So yes, [the cynical view of the media] is a big, big problem. And it’s been caused by the media themselves – by their lies and deceit and misrepresentation. And we’re going to have to, as a society, find some way of dealing with it.