Populism is far from over

Those hailing Macron’s victory as a vindication of pro-EU centrism are deluded. 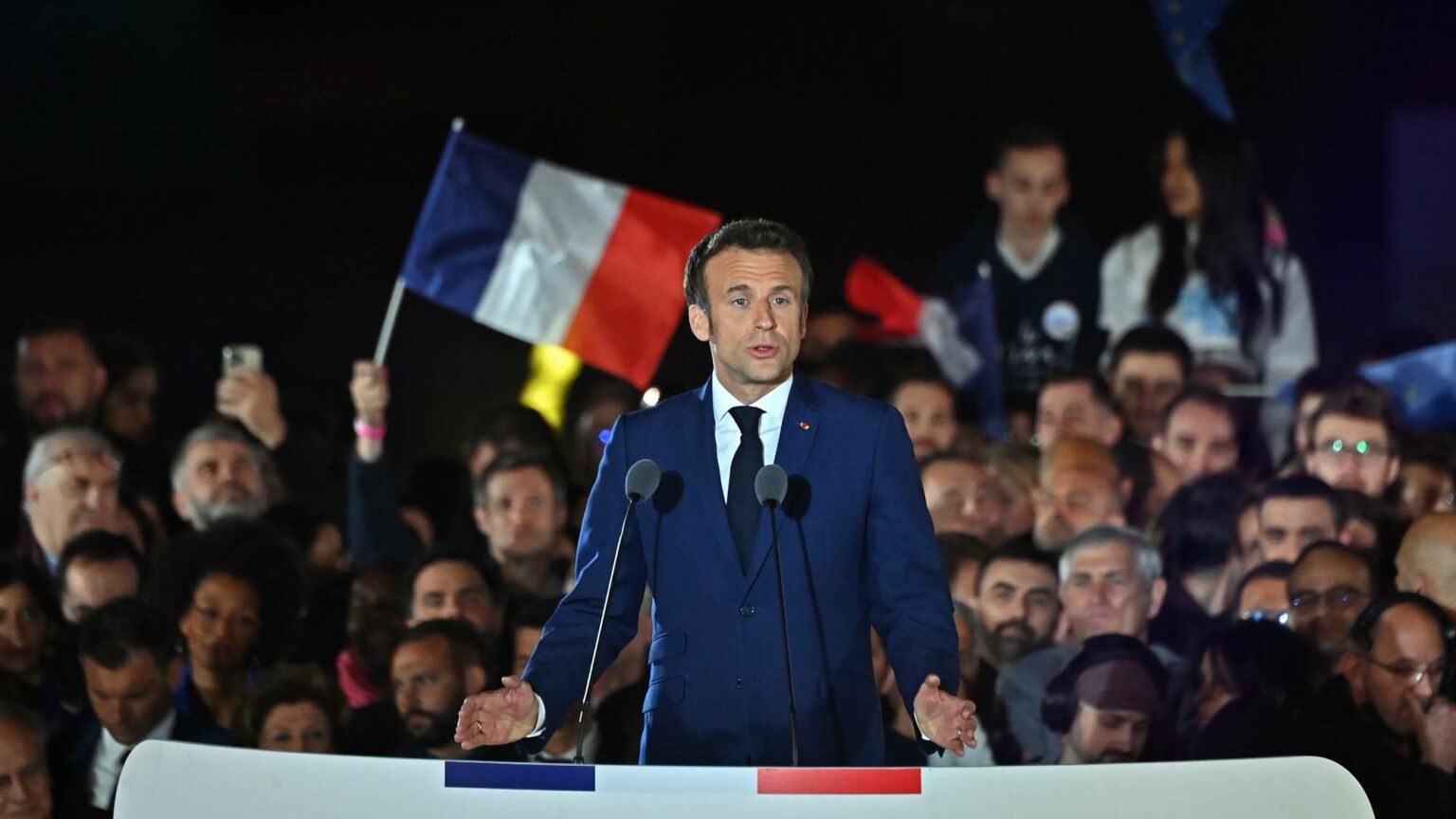 Europe’s pro-EU centrists seem to be living in a parallel universe. In their world, the re-election of Emmanuel Macron as French president on Sunday was a victory for the EU and for all that is good and decent in the world. France and Europe are saved, apparently, and Macronism has been vindicated.

Back in the real world, four in 10 French voters opted for the hard right Marine Le Pen yesterday – five million more than in the last election. Abstentions reached their highest level in 50 years. And eight per cent of those who did turn up to the polls registered a ‘vote blanc’, signalling their support for neither candidate.

In other words, a significant section of the French electorate was either willing to vote for Le Pen, or were not prepared to hold their nose to keep her out of the Élysée. For our pro-EU elites to treat this election as some great victory is absurd.

On the contrary, the election confirms that Le Pen, her National Rally party and right-wing populism more broadly are now a permanent feature of French politics. Macron’s mission, to see off the far right, to defeat what he calls the ‘leprosy’ of nationalism and populism, has comprehensively failed.

Three of the past five presidential elections have featured a run-off between a centrist candidate and a member of the Le Pen dynasty. Back in 2002, it was considered an international scandal that Jean-Marie Le Pen, Marine’s father and former leader of the National Front, could even reach the second round, where he won 18 per cent of the vote. By 2017, Marine Le Pen had nearly doubled the hard right’s vote share. And this year, with 41 per cent, she has scored the highest vote share for the hard right in the history of the Fifth Republic.

The divides in France could hardly be more stark. Macron trounced Le Pen in large metropolitan areas, scoring more than 85 per cent of the vote in Paris. Meanwhile, so-called peripheral France – the rural areas, the post-industrial towns, the vast swathes of urban sprawl – have become fertile ground for populism. These forgotten parts of France have produced both the populist gilets jaunes revolt and the surge in support for Le Pen.

Public anger at Macron is not especially surprising. His arrogance and highhandedness are widely despised. He has long dismissed voters who oppose or question his neoliberal reforms as lazy or ignorant. The self-styled Jupiterian president does not engage with the people, he lectures them. Voters are expected to trust that the technocrat knows best.

Yet for all Macron’s self-regard, even he felt compelled to acknowledge last night that his victory was not entirely his own – that he relied heavily on his ‘compatriots’ who ‘voted for me not out of support for my ideas but to block those of the extreme right’. For the second time in a row, he has won as the lesser-evil candidate. But the ‘republican front’ of voters, which at various elections has begrudgingly united to keep out the extremes, is more fragile than ever. Voters are increasingly frustrated at being told that there is no alternative, and being cajoled to vote for a candidate they otherwise loathe.

As well as benefitting from the anti-Le Pen vote, Macron has capitalised on the implosion of the traditional, establishment parties. In the first round of the election, the centre-right Républicains and centre-left Parti Socialiste, which together dominated French politics for the latter half of the 20th century, scored a derisory 4.7 per cent and 1.7 per cent respectively. Macron has cannibalised these parties’ voter bases. But where will they turn in 2027, when Macron will not be allowed to stand again? Macron’s La République En Marche is still very much a personal vehicle for the president, rather than a genuine party.

Besides, the next five years under Macron will be anything but smooth sailing. The cost-of-living crisis, which became the centrepiece of Le Pen’s campaign, is only going to worsen. Macron’s plans for pension reform will almost certainly be met with fierce opposition on the streets. More broadly, his centrist, technocratic, pro-EU approach to politics is more likely to inflame France’s divides than resolve them.

The public’s disillusionment with Macron and politics as usual is completely justified. But it ought to be ringing alarm bells that so many are turning to a party like the hard right National Rally for solutions. The left, in particular, has a great deal to answer for here. While most working-class people in France are now so disillusioned they don’t vote at all, those who do turn out are more likely to vote for Le Pen.

This story is playing itself out all over Europe. Left-wing parties, especially those of the centre left, are bleeding working-class support to the populist right. And this is hardly surprising, given the left has completely failed to engage with, and thus potentially shape, the populist moment.

Many left-wingers across Europe have dismissed populism as dumb at best and proto-fascist at worst. While veteran French leftist Jean-Luc Mélenchon, who came a surprise third in the first round of these elections, may have pitched himself as a left populist, he failed to inspire working-class voters. There is still a vast gap between the welfarism that the left believes is in the interests of workers and the greater freedoms and democratic clout that workers are demanding for themselves.

The French establishment may have narrowly escaped its worst nightmare this time around, but it is more fragile than ever. Meanwhile, the left remains a bit-part player. For all the triumphalism today, the populist revolt is far from over.