Why the experts keep getting it wrong

Too many in academia and journalism are trapped by unquestioning groupthink. 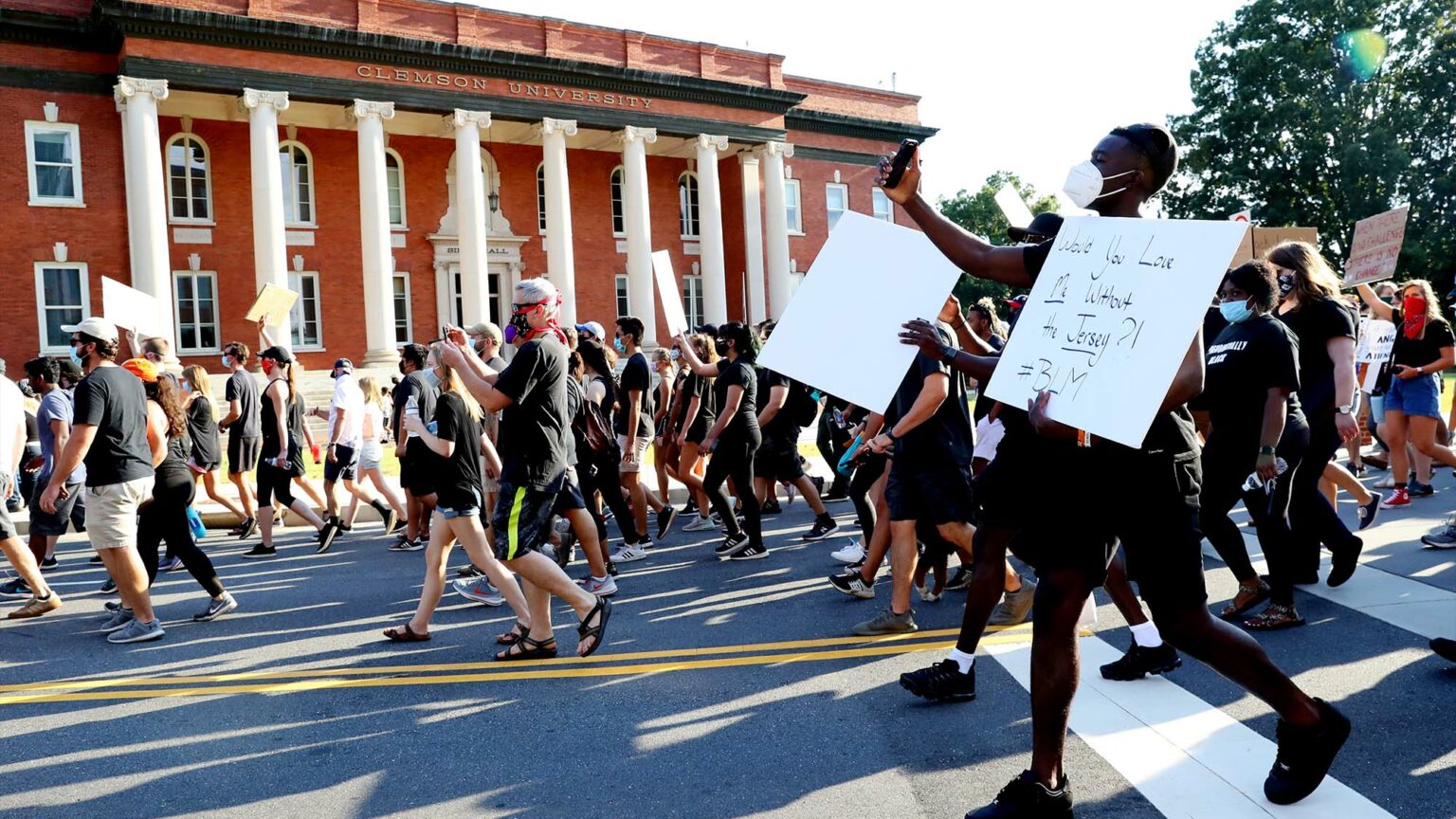 One of the most intimidating things about being a ‘heterodox’ thinker is having to constantly say that ‘the experts’ are wrong.

If, online or at a cocktail party, you point out something as obvious as the fact that very few black Americans are fatally shot by police, you can expect to be deluged with citations to articles bearing titles like ‘Know their names: black people killed by police in the US’ and ‘How unjust police killings damage the mental health of black Americans’. Best-selling and critically acclaimed books on race in America have titles like Open Season: The Legalised Genocide of Coloured People.

More broadly, if you express doubt about the idea of ‘systemic racism’ – perhaps because six or seven of the 10 most financially successful ethnic groups in present-day America are not white – you will no doubt be reminded to read famous books arguing that severe racial oppression is everywhere, like Ibram X Kendi’s How To Be An Antiracist or Robin DiAngelo’s White Fragility.

Similarly, should you criticise modern gender theory or the bizarre idea that human biological sex is complex and hard to define, you will inevitably be referred to an authoritative-sounding article, packed with data and infographics, like this one in Scientific American.

While I write from the centre-right, the same fate awaits those who ask difficult questions from the left.

This phenomenon has no doubt existed for millennia: the entire priestly class of Christendom cruelly mocked doubters of the existence of God during the Medieval and Renaissance eras – and gleefully enforced penalties against them that were far more intense than any ‘cancellation’ today. Worries about self-preservation aside, novel thinkers face a tough question whenever confronted with what the experts say: how can all of these very intelligent people be wrong? Surely it must be me who is wrong instead?

Often not. Certainly on politically charged questions like race and gender, the heretic is often correct. Biological sex, the subject of much angry contestation today, is in fact a rather simple concept discussed well beyond the boundaries of politicised fields like gender studies: zoologists use sex to divide animals of many species into males and females, and it can be reliably assessed by techniques such as chromosomal analysis or simple observation of whether a particular beastie has a penis or vagina. At some level, we all know this, just as we know that racism in today’s America is far less serious than it was in 1953 and that diverse big-city police forces are not murdering citizens at random. A better question might be: why do so many experts seem to be so very wrong, so often?

Expert wrongness is, of course, nothing new. Any smart taxpayer who is inclined to simply ‘listen to her betters’ might first want to take a second to look at the shortlist of failed recent predictions: global cooling, Y2K, peak oil, prevalent acid rain, the predictions and tables in The Population Bomb and An Inconvenient Truth, and so on. However, the pace of malarkey – as President Biden might put it – has intensified of late.

While I may be more attuned to this phenomenon than most, as the author of a book called Hate Crime Hoax, it would be hard for any competent observer of American mass media not to notice that major recent stories about Jussie Smollett, the Covington Catholic boys, Kyle Rittenhouse, Erica Thomas, Michael Brown, Jacob Blake and (more broadly) the Black Lives Matter movement have turned out to be complete bullshit.

Specific independent variables help us understand this trend, and appear to predict patterns of expert error generally. Innovative thinkers at least since 19th-century physician Ignaz Semmelweis – if not since Socrates – have pointed out that set-in-their-ways ideological monocultures are more likely than other groups of smart people to be grievously wrong. And such monocultures exist to a truly remarkable extent across mass media and academia in the contemporary US.

According to a major 2004 poll from Pew, with results replicated on a smaller scale since, only seven per cent of US national media journalists identify as conservatives or libertarians, while 93 per cent by definition identify as leftists, liberals or (mostly left-leaning) moderates.

The academic social sciences are at least as one-sidedly partisan, with research showing that 18 per cent of social-science professors identify as Marxists / communists, another 21 per cent as ‘activists’ and 24 per cent as political radicals. In at least one field, sociology, there seems to be literally zero truly prominent Republican scholars. According to a 2005 study, 59 per cent of academic sociologists are partisan Democrats, 41 per cent are independents or backers of a minor party, and zero per cent are Republicans.

People with PhDs are surely at least as intelligent on average as the normal American citizens who find much of what they say to be insane. So here, I propose a specific mechanism by which ‘experts’ trapped in monocultures come to advocate for the absurd and nonsensical. My thesis: most truly bizarre theories arise when smart people adopt a premise that sounds plausible, even if it is factually incorrect, due to factors like peer-group pressure, and then reason forward correctly from that premise.

Reams of evidence for this claim await anyone reviewing the more implausible famous theories of our era. The idea of systemic racism – at least as defined by Ibram X Kendi and Robin DiAngelo – emerges from a single specific claim: any gap in performance between racial groups must be due either to racism or to actual ‘inferiority’ on the part of one of the groups. Thus it follows that, unless you’re a literal racist who believes racial minorities are inferior, you must see all struggles or failures on the part of people of colour as evidence of racism.

The core claim of gender ideology is at least as simple and eloquent: ‘gender’ (roughly speaking, how masculine or feminine you feel in the context of current social norms) is a thing entirely different from biological sex. This argument is the entire underlying basis for the claim that a biological male with a nine-inch penis can ‘become a woman’, and thus that they can ethically compete in collegiate or professional sporting events against women.

While my focus is on the world of today, this reality of questionable but hyper-influential core claims with wrongheaded implications is nothing new: a massive bloc of Christian theology follows directly from the argument that there must be a God and He must be good.

Of course, all of these famous arguments are wrong or, at the very least, open to challenge. Kendi’s Manichean contrast between ‘racism’ and the idea that ‘certain groups are better or worse’ ignores the obvious fact that large groups vary in terms of hundreds of important cultural and situational variables, which no sane person would see as having anything to do with inferiority or morality. As I note at every opportunity, the most common age for a black American is 27, while the most common age for a white American is 58. This fact – due, so far as I can tell, to immigration patterns and random chance – obviously has a massive impact on everything from group crime rates to average levels of wealth.

As for gender, while it may well exist in some definable sense, an individual’s ‘gender identity’ in no way changes what his or her genetically assigned biological sex happens to be. Road races are not run not by people’s souls but by their bodies, and there seems to be no logical reason for adult male-bodied people to ever compete in the women’s division. For that matter, as cynics have noted for literally a hundred generations, there is a quick and barbed response even to the ancient Christian argument that was given above: massive conundrums like the existence of evil become much easier to explain if we simply assume there is no God.

Premises, like facts and like ‘lives’ of various kinds, matter. If an apparently intelligent person says something to you that seems basically insane, ask them how they got there and what their underlying worldview is. Listen well and sincerely to their response. But remember – if you reject their starting premise for logical reasons, it really doesn’t matter how many credentialed people parrot the conclusions that follow from it: they are still wrong.