Stop locking up football fans for being offensive idiots

Racists who abused black England stars online are being jailed – to teach the rest of us a lesson. 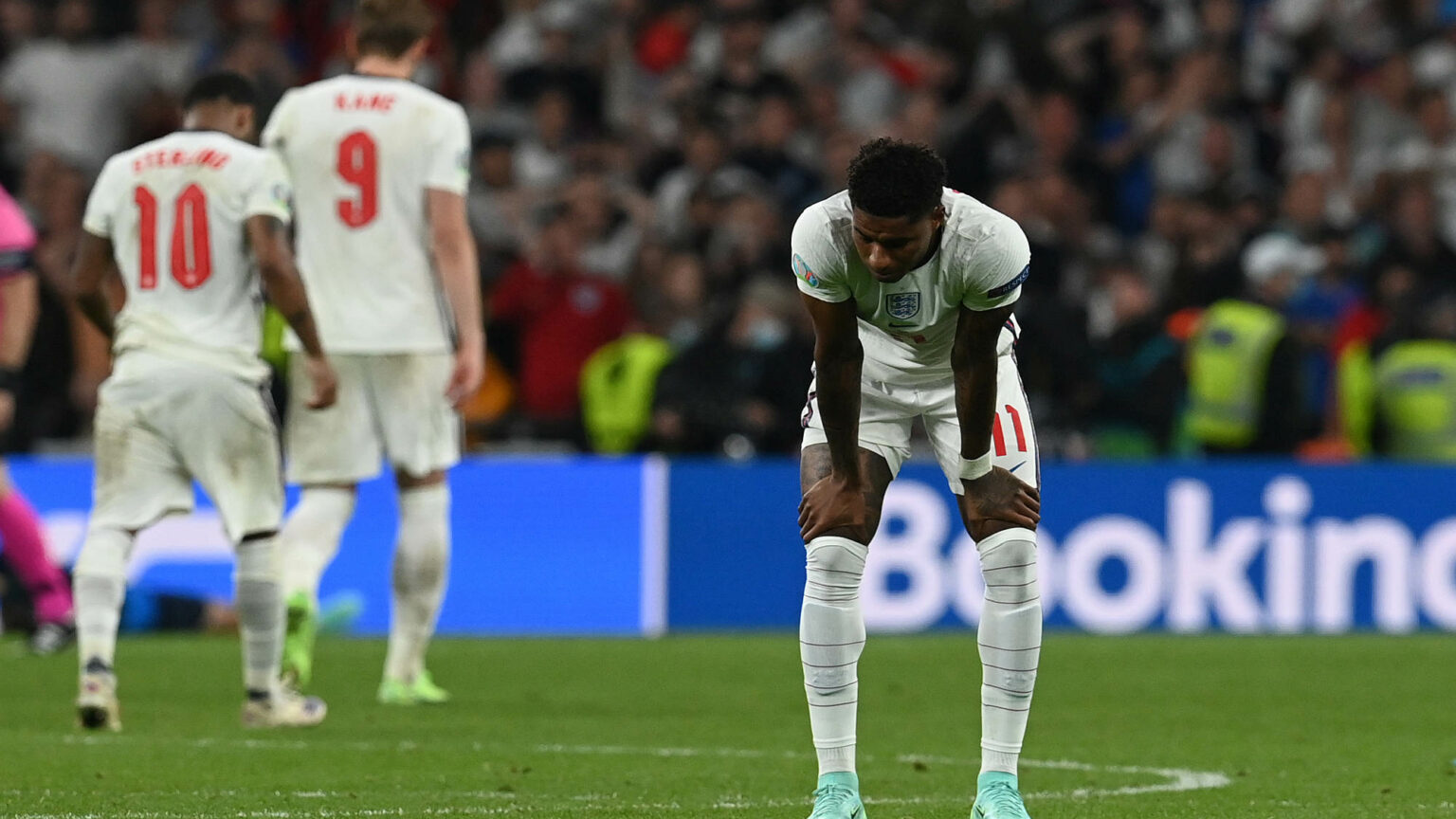 No decent person wants to see racist abuse of footballers or anybody else online. But what sort of decent society locks up morons for using a naughty word on social media?

In Britain today, if you are a football fan, you can be jailed for six weeks for using the ‘n-word’ on Twitter, or sentenced to 12 weeks in prison for using the words ‘black cunts’ on your Facebook page. In short, you can now be locked up for the allegedly serious criminal offence of acting like an offensive arsehole.

Recent court cases involving the online abuse of black England footballers, after the penalty shoot-out loss to Italy in the final of last summer’s Euros, highlight some dangerous trends. The authorities are not only further blurring the line between verbal abuse and physical assault, treating offensive words as the equivalent of threatening behaviour – they are also imprisoning idiots as a lesson to the rest of us, explicitly demanding that, in the words of one judge, ‘with this deterrence, people are educated to behave more appropriately’.

In short, they fundamentally believe that all working-class football fans are racist scum in need of re-education. And they accuse us of being prejudiced…

Last week, 19-year-old Justin Lee Price from Worcester was jailed for six weeks at Kidderminster Magistrates’ Court for racially abusing Marcus Rashford on Twitter, after the Manchester United striker missed a penalty at Wembley. In a tweet posted on his account and linked to Rashford’s, Price reportedly ranted, ‘@MarcusRashford YOU FUCKING STUPID N***** MISSING A FREE PEN MY DEAD NAN COULD HAVE SCORED THAT’. Nasty stuff, we can all agree. But deserving of jail? Given it is not yet a crime to swear online or compare somebody to your ‘dead nan’, the unpleasant young Price was effectively imprisoned for including the n-word in a tweet.

This followed on from an arguably even more egregious case last November. Jonathan Best, a 52-year-old forklift driver from Feltham, was jailed for 12 weeks at Willesden Magistrates’ Court after livestreaming himself on Facebook abusing the three young black England players who missed in the penalty shoot-out: Rashford, Jordan Sancho and Bukayo Saka. In the 18-second clip, Best reportedly ranted against ‘three black cunts who can’t play for fucking England’. Again, offensive and unacceptable. But should he really have been jailed for almost three months for using the words ‘black cunts’ in a personal post almost nobody saw? And really, for using the word ‘black’, since the c-word is rightly still seen as a non-criminal insult.

Of course, there is no doubt that these posts were racist. Anybody posting the like should expect to be told what others think of them, and to shut up. The state locking them up, however, is another matter entirely. The criminalising of offensive words and opinions is a dangerous road to accelerate down.

Those cases and others were brought under Section 127 of the Communications Act 2003, passed by Tony Blair’s New Labour government and deployed with increasing enthusiasm under all governments since then. The accused were convicted of the crime of ‘sending by a public-communications network a grossly offensive or indecent or obscene or menacing message or matters’.

Typically of hate-speech laws today, Section 127 elides ‘offensive’ words with ‘menacing’ ones, effectively equating words with threatening weapons. Ten years ago, guidelines from the director of public prosecutions said that, while people should face prosecution for posting a message that ‘clearly amounts to a credible threat of violence’, it would be much harder to prosecute posts deemed ‘grossly offensive, indecent, obscene or false’. Now police and prosecutors are increasingly crossing that line, under political and media pressure to silence abuse of ‘role model’ footballers.

What was behind the decision to hand down jail sentences to the two idiots mentioned above? In both cases, the authorities made clear that they were making an example of the guilty men in order to teach a lesson to the mass of football fans, most of whom they assume to be equally ignorant racists.

After Jason Lee Price was jailed last week Mark Johnson, the senior crown prosecutor for the West Midlands (have they no more serious crimes to prosecute in the Birmingham area?), declared that ‘this case sends out the message that we will not tolerate racism and that offenders will be prosecuted to the full extent of the law’.

The message was made even more explicit in the Jonathan Best case in November 2021. District judge Denis Brennan said he had considered imposing a more lenient suspended sentence, but had decided that an immediate jail sentence would deter others from turning to racist abuse. Judge Brennan spelt it out: ‘I hope, with this deterrence, that people are educated to behave more appropriately.’ He was backed after the case by Elaine Cousins of the Crown Prosecution Service, who hoped that the stiff sentence would serve its purpose in ‘educating and deterring people from posting hate on social media’.

The authorities apparently believe that all the ugly working-class people who follow the ‘beautiful game’ are potentially racist thugs who need to be re-educated at the point of a threatened prison sentence. In fact, the reaction to the Euros final shoot-out suggested the opposite. The vast majority of the football fans’ abuse directed at the players who missed was of the normal, non-racist kind, along the lines of you-get-paid-millions-and-can’t-even-score-a-penalty. (Even then, some of us saved our upset for the England coach, Gareth Southgate, who brought on such young players to take crucial penalties, and the more experienced stars who seemed happy to sidestep the responsibility.)

Then there was the very small minority of fans who did direct some racist abuse at the three young black players. Most of them were probably in the same state as Best, who confessed to being ‘out of it’ by the end of the match, having downed at least a dozen beers and five double Bacardis. Their widely publicised posts made no impact, apart from sparking a national ‘We Stand With Our Three Lions’ movement online. Even Best’s Facebook friend told him to take it down – and when he refused, reported him to both Facebook and the police. Yet the 18-second rant that was up for a couple of days and almost nobody saw earned him a 12-week prison sentence, as a lesson to the rest of us supposedly nascent racists to watch our p’s and q’s and n’s and c’s online.

Sentencing Best, Judge Brennan said that his words were not only ‘antediluvian, vile and offensive’, but also that they ‘strike at the very nature of our civilised society and are corrosive’. If anything is more likely to corrode our civilised society, it is surely a legal system that jails men for using an offensive word online, as a re-educative lesson to the rest of us vulgar proles – like a modern equivalent of putting them in the stocks.