The end of McDonald’s in Russia is deeply symbolic

The golden arches represented a new, Western-looking Russia. That dream is now over. 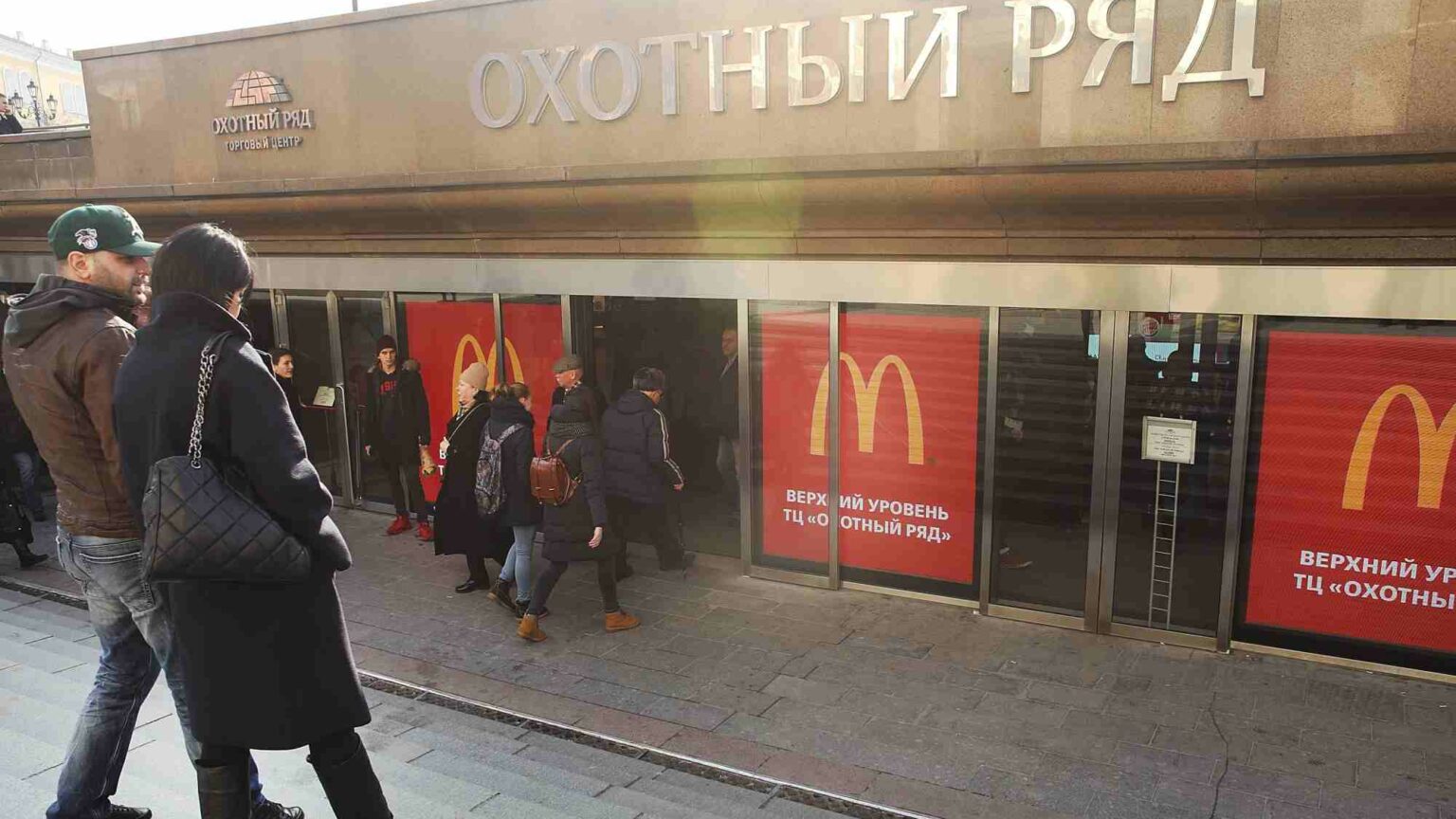 With the announcements this week from McDonald’s and Coca-Cola that they have suspended their operations in Russia, an era has ended, or at very least been placed for an indefinite period in abeyance. The icons of Russia’s 20th-century opening to the Western world have not (yet) been smashed, but they have been shut away, and it is not clear for how long.

Interestingly, the chief reason for McDonald’s and Coca-Cola’s decision appears not to have been any particular difficulty they were experiencing with the Russian market. Trading was normal. It was rather the reputational damage they were suffering elsewhere in the world for not immediately joining the Western exodus following Russia’s invasion of Ukraine. This was having a knock-on effect on share value and consumer acceptance – something akin to the damage suffered by Barclays bank in remaining in Apartheid-era South Africa. They have now bowed to the inevitable and shut up shop.

More surprising, and perhaps incomprehensible to anyone younger than about 45, might be the wave of nostalgia that has been unleashed in Russia, by the announcement from McDonald’s especially. The point is that, for Russians of a certain generation, the opening of McDonald’s on Pushkin Square, its prominent first site in Moscow, embodied the change that was sweeping through the then Soviet Union.

The golden arches were emblematic of the United States, the West, the international youth culture – even the fresh air of some sort of freedom, to which the Soviet Union, thanks to Mikhail Gorbachev’s ‘perestroika’ and ‘glasnost’, was then opening its doors. The arrival of McDonald’s was the most conclusive proof that the Soviets, as they were then, were joining the world.

Indulge me with a small nostalgia-kick, too. The opening of the first Moscow McDonald’s in January 1990 was one of the first stories I covered after my arrival as Moscow correspondent for The Times. And for those covering the then Soviet Union, it was not just the opening of the flagship branch that was a novelty, but the PR exercise mounted by McDonald’s for our journalistic benefit, too.

There was a bus trip to the farm outside Moscow, where the specially well-treated cows were grazing in preparation for producing McDonald’s-standard beef (Soviet cows were apparently too scrawny). Then to the dairy to see the preparation of milk for the milkshakes. And then to state-of-the-art super-hygienic kitchens, where solemn Russians had been trained in the ways of McDonald’s. And finally to what the staff at the first branch were told was their trial run, for the reporters.

The novelty for those of us in the Western press corps – unlike for most of the Russians at this rehearsal – was not the familiar menu, but that we were savouring burgers and milkshakes in Pushkin Square, served up by (mostly) smiling, and slightly shy, young Russian staff, in recognisably hygienic surroundings.

For the Russians, the food was only part of the novelty. It was also that, unlike almost anything Western in Moscow at that time, they could pay in roubles. There were already some foreign supermarkets, and more to come, but they were exclusively for those with foreign currency, which left most Russians looking in longingly from the outside.

And when McDonald’s finally opened for real, as many have reminisced, the queue went many times around the block. The curiosity and the appetite for all things Western was insatiable, and Pushkin Square was soon joined by other branches, and then McDonald’s expanded to other cities. The result is that this week, after 30-plus years in Russia, this American giant had 847 branches to close. However symbolic the opening and the closure of McDonald’s both are, Moscow is now home to thousands of cafés and fast-food outlets, reflecting the whole gamut of foreign cuisines (and, over the past decade or so, a rediscovery of traditional Russian food).

For those familiar only with the Russia of the 21st century, it cannot be stressed enough how big a deal the arrival of the first McDonald’s in Moscow was, not just in symbolic terms, but in practice. There was nothing like it in the whole of the Soviet Union. Babushki sold warm floppy ‘chebureki’ (like floppy steamed buns stuffed with potato or grey meat) out of big bins on street corners or at the entrance to markets. There were some utilitarian and gloomy canteen-like places with a limited and usually unappetising selection of watery soup and hard-as-nails mince patties. If you were lucky there might be fried potatoes and the rye bread might be fresh.

There was really nothing between that and formal hotel restaurants, where the service was as glacial in pace as it was in manner. The best tactic was to ignore the menu, in the event that a dog-eared few pages was offered, and simply ask: ‘What is there?’ On a good day, there might be more than one option, with vodka or cognac to wash it down, or – again on a very good day – some Soviet ‘champagne’.

McDonald’s was something different. The food was predictable and fresh. After the initial rush and some early glitches, there was usually a full menu. And once you reached the front, service was quick. The decor was bright, and the floors and tables were clean. Above all, the young staff had been taught to smile, which had never really been a part of Soviet service. They also had badges showing their first name – another first that came with an unheard-of hint of personal responsibility. The whole package was proof that Russians could be trained in Western ways and, by extension, that Russia could be reformed.

The closing of its doors will not reverse the total transformation of the Russian eating scene that McDonald’s heralded. It does, though, signify that the political and cultural clock has been summarily set back a full three decades. And this means, in turn, that the reopening, if and when it comes, will take on a symbolic significance, too.