Why Eastern Europe must never forget

Remembering the history of totalitarian oppression is more vital than ever. 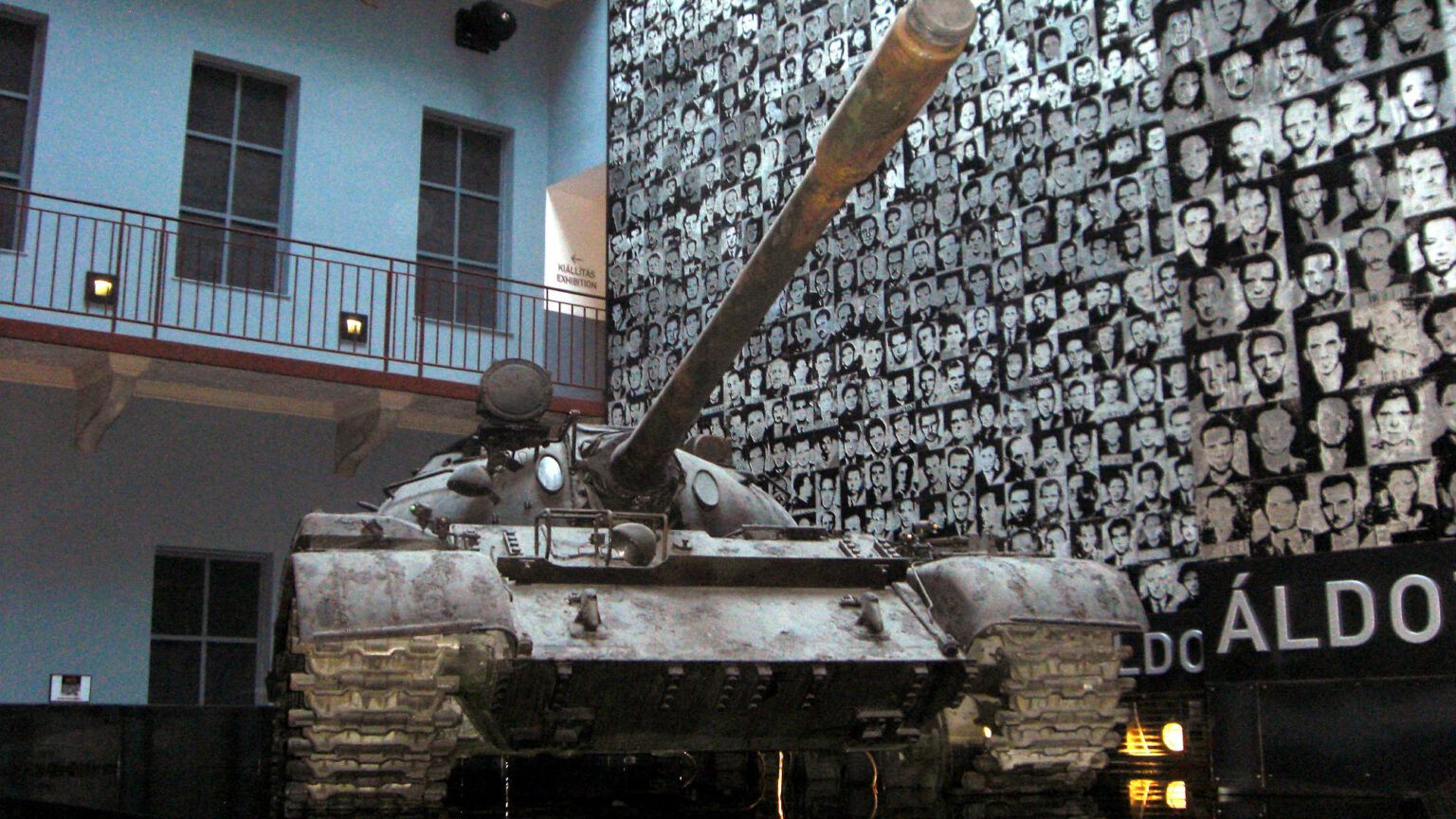 No sooner did I hear of Russia’s invasion of Ukraine than I thought of an exhibit at Budapest’s House of Terror Museum, which documents the grim history of fascism and Communism in Hungary. For there, on permanent display in the interior courtyard, is a Russian T-54 tank, its gun pointing at visitors. It strikes me now not just as a reminder of the past, but also as a warning to the future.

Indeed, the House of Terror first opened its doors on 24 February 2002. And almost exactly 20 years later, Russia began its invasion of Ukraine, and showed that the end of the Cold War did not mean the end of history.

Mária Schmidt, the director of the House of Terror, regards the museum as a living conscience. As she said in a recent speech, it reminds us that the ‘past must be confessed’ and that truth cannot be denied. For the nations of Eastern Europe, whose suffering under the Nazis was followed by four decades of Soviet enslavement, confessing the past is an obligation. To use Schmidt’s own words, it ensures that ‘they can’t do that to us anymore’ – the ‘they’ here refers to the twin evils of the totalitarian left and right.

It is difficult to walk through the House of Terror without feeling the weight of Hungary’s tragic 20th-century history. To this day, my wife, who is English, remembers the intense feelings provoked by the artefacts and stories on display in the House of Terror. For her, as for many other Western visitors, it is difficult to accept that ‘these things happened in Europe’.

Even the building itself is permeated by traces of the totalitarian nightmare through which Hungary lived. It was once a base for the pro-Nazi Arrow Cross Party before it was taken over by the ÁVH – the Stalinist secret police which once terrorised Hungarian society. This dark history is one some would rather forget, but as Schmidt reminds us, ‘forgetting is not an option’.

It is not surprising that the House of Terror is so well-known today. Nor is it surprising that it has become a focus of controversy. At a discussion on historical memory in Brussels recently, some of the speakers from Germany said that the very prominence of the museum in Budapest is symptomatic of Hungary’s refusal to let go of the past. Many of those working in the institutions of the European Union repeat a similar refrain: ‘Hungary must come to terms with the past.’

Those telling Eastern Europeans to come to terms with the past imagine that it’s possible to immunise the present from the ‘bad old days’ of the past. They fail to understand that the past is still alive today. Hungarians, like the citizens of many other nations imprisoned within the Soviet bloc, never had a chance to settle scores with their history. As Schmidt notes, many of the beneficiaries of the former Communist regime are still around, and supporters of Soviet tyranny were never held to account. They have not apologised and have certainly shown no remorse.

The ethos of the House of Terror – a refusal to forget – goes directly against the attitudes of Western cultural elites towards the past. They want to distance themselves from their past. Indeed, the EU oligarchy has adopted an ‘end of history’ approach towards the past, and has convinced itself it is free from the burden of history. The EU can’t accept that the House of Terror is self-consciously drawing out the political implications of the past and preserving historical memory, in order to help inform what it means to be Hungarian today. This doesn’t just mean remembering the hundreds of thousands of victims of totalitarianism – it also means restoring a sense of historical continuity with Hungary’s past.

All of this sits uneasily with the cultural politics of the EU. The European Parliament’s Socialist Group even accused Hungarian and Polish politicians of using the past for propaganda purposes. It claimed that this ‘political use of the past is against the very idea of European integration, based on peaceful cooperation without bringing up the past for political means’. The Socialist Group seemingly views the past as an inconvenience that should be swept aside.

But to criticise the ‘political use of the past’ overlooks reality. Politics does not appear from thin air – it always has a past. And people’s interpretation of the relationship between the present and the past has important implications for the ideals and values they promote.

The values expressed by the House of Terror are, if anything, more timely now than in 2002. Twenty years ago many thought that a war in the middle of Europe was impossible. Today, we know differently. We have not been given a free pass from having to face military conflict. Once wars are on the horizon only a fool can discount the possibility that Europe might yet again be divided and the sovereignty of some of its nations threatened. That is why the House of Terror’s message is one we should heed – we ignore the past at our peril.

Picture by: drcw, published under a creative commons license.