The search for the origin of Covid-19

Viral makes a compelling case for the Covid lab-leak theory. 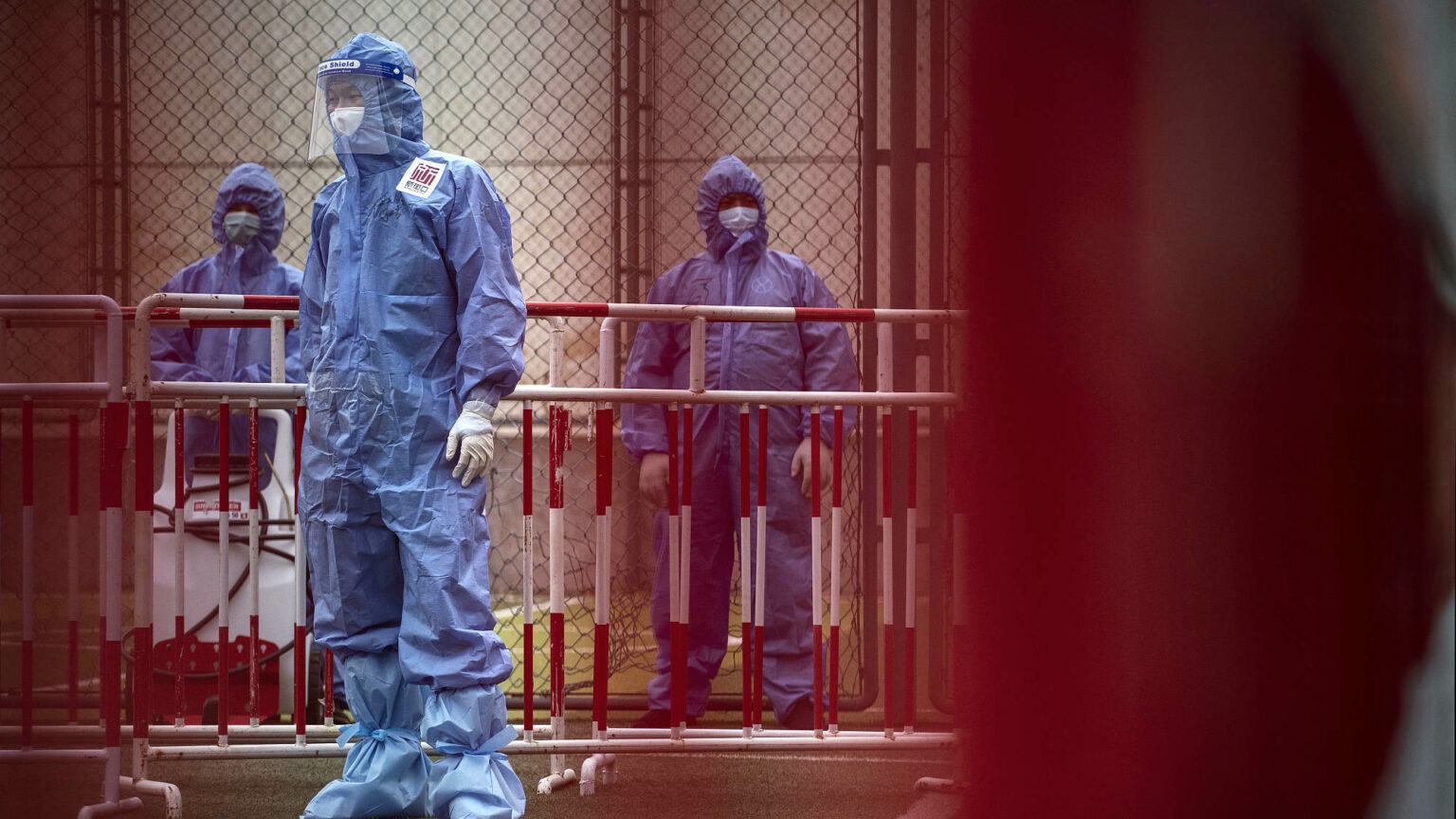 At the beginning of 2020, the consensus was that Covid-19 probably originated naturally, spontaneously. It was assumed to be a zoonotic virus that most likely leapt from a particular animal species to humans, either directly or through an intermediary, such as a different infected species at a market. After all, that was how HIV originated (in chimpanzees), influenza (in ducks and other birds) and, of course, SARS (in bats). And so it seemed likely that SARS-CoV-2 probably began in much the same way – through animal-to-human transmission in or around Wuhan, China, possibly in one of its suddenly infamous wet markets.

This quickly became the official narrative. The world’s leading scientists promoted it in esteemed medical journals. Politicians, a few populist exceptions aside, endorsed it in public, as did the mainstream media. And for much of the pandemic, Big Tech removed social-media posts contradicting it.

Yet over two years on, this so-called natural spill-over theory remains just that – a theory. Actual evidence to substantiate it, be it the discovery of infected market animals or ill food handlers, is still to be found. To put this into context, investigators took a few months to identify the first patients and then the origins of the SARS outbreak of 2003. And they did so with far inferior technology than that which is available to investigators today. And yet here we are, over two years into the worst pandemic for a century, and we’re still no closer to understanding where and how it emerged.

As Matt Ridley and Alina Chan explain in their indispensable new book, Viral: The Search for the Origin of Covid-19, this failure to explain how Covid-19 emerged matters, ‘not for assigning blame’, they write, ‘but for preventing future outbreaks’. So if Covid came from some part of the animal kingdom, that part must be identified. If it was produced by some farming practice, that practice must stop. And if it escaped from a laboratory somewhere, regulatory and safety measures must be reviewed. ‘Searching for the origin of Covid-19 could not and cannot be some idle pastime for a few curious scientists and internet sleuths’, they write, ‘it is a vital task for the safety of humankind and demands a rigorous, credible and evidence-based investigation by experts worldwide’.

Rigorous, credible and evidence-based – Viral itself is all of those things. It is also a compelling, sometimes thrilling piece of detective work, with Ridley, Chan and a self-selecting team of largely Twitter-based truth-seekers chasing down leads in Chinese databases, and hunting down clues in academic journals, in their quest for the real origin of Covid-19.

Does Viral find the origin? No, not conclusively. But it finds plenty of circumstantial evidence that points away from the natural spill-over theory, and towards another hypothesis – that Covid-19 leaked from a laboratory in Wuhan, with the Wuhan Institute of Virology the prime suspect.

Viral begins its story in the Mojiang copper mine in Yunnan province, where, in 2012, a mysterious pneumonia broke out among miners. Six became ill, with dry coughs, fever and aching limbs and the oldest three died.

In 2013, a student at Kunming Medical University wrote a medical thesis about the Mojiang incident. He attributed the virus to the bats that infested the mines, and called for further investigation. Scientists from across China, including from the Wuhan Institute of Virology (WIV), 1,800 miles away, heeded the call, such was the concern about new SARS-like viruses. As Ridley and Chan explain, records show that the WIV team collected hundreds of samples from the mine, including one – known as Ra4991 – that remains the closest genetic match to SARS-CoV-2 yet found.

According to Ridley and Chan, the WIV team ‘partly sequenced this new virus in 2017 and then fully sequenced it in 2018’. Yet much of this was hidden during 2020 because, for some unknown reason, Wuhan scientists changed the name of the viral sample, from Ra4991 to RaTG13. As Ridley and Chan explain, the connection between RaTG13 and the Mojiang mine didn’t become clear until 17 November 2020, when Nature published an addendum to an article by Dr Shi Zhengli, the director of the Center for Emerging Infectious Diseases at the WIV. This addendum ‘acknowledged the existence of the Kunming medical thesis, it confirmed the story about the Mojiang mine, the testing of the miners’ samples at the WIV, the new name assigned to the sequence from the 4991 sample, and the sequencing of its full genome by 2018 rather than 2020. It had taken nine months for the WIV scientists to come clean.’

Viral builds a compelling case for the lab-leak hypothesis. It demonstrates that the WIV was at the centre of a global effort to catalogue viruses with pandemic potential. It delves into the genetic make-up of SARS-CoV-2, highlighting a 12-letter genetic sequence – the furin cleavage site – unseen in other SARS-like coronaviruses, but which makes the virus so much more infectious. It shows that the WIV was engaged in so-called gain-of-function research, editing the genomic sequence of virus samples so as to make them much more, well, infectious. It points out that the aim of such research was to devise vaccines against these viruses. And it also reminds us that lab leaks are far from uncommon – for instance, several outbreaks of the original SARS virus have been traced to laboratories.

In short, Viral demonstrates why a novel coronavirus with pandemic potential happened to emerge in Wuhan – a city home to a scientific institution dedicated to cataloguing and experimenting with novel coronaviruses. As Viral slyly puts it, of all the gin joints…

But Viral exposes something else, too – namely, the effort from the Chinese authorities and other interested parties to obstruct any proper investigation into the origins of Covid-19. Indeed, almost from the start of the pandemic in early 2020, the Chinese state seemed to be doing its utmost to impede any investigation. In February 2020, the Chinese Centre for Disease Control and Prevention announced that all scientific studies relating to coronaviruses now had to be approved by the higher authorities. The raw data relating to the early Covid-19 cases in Wuhan, including that of Covid’s first official victim, a 55-year-old man, were either destroyed or kept hidden. And the Mojiang mine itself, long disused, was placed under armed guard.

Such actions are hardly those of institutions and state bodies with nothing to hide. After all, as Ridley and Chan note, if the Chinese authorities ‘wanted to quash rumours of a laboratory leak, the simplest thing to do would have been to share unredacted hospital records from Wuhan with outside investigators, alongside information on the locations and professions of the first cases. If these showed no connection to any virus laboratory in the city, it would argue against a laboratory leak.’ That they have failed to do so speaks volumes.

But, as Viral shows, it has not just been the Chinese authorities inhibiting the search for Covid-19’s origins. Various international actors are implicated, too. The World Health Organisation has too often danced to the Chinese authorities’ tune, with its much derided, white-washed 2021 report on Covid’s origins a case in point. Likewise, certain quangos, such as the some-time Pentagon-funded Ecohealth Alliance, have sought to protect their considerable investment in the WIV by wilfully sidelining the lab-leak hypothesis. And the scientific establishment, from national chief scientific advisers to research bodies and institutions, have consciously and disingenuously downplayed the lab-leak hypothesis in order, it seems, to protect the reputation and autonomy of science.

Up until the summer of 2021, this multifaceted misinformation effort seemed to be working. But as Viral indicates, the tide is turning. It is no longer possible to simply dismiss so many coincidences, telling details and unanswered questions as just so much conspiracy theory, not least when the natural spill-over theory, long the official narrative, remains stubbornly unsubstantiated.

But Viral is not a witch-hunt. It is not seeking to apportion blame, even to those at the WIV who may well have been responsible for an accidental lab leak. After all, as Ridley and Chan remind us, the purpose of their research was admirable, ‘to understand the risk that each newly discovered virus posed and perhaps one day to devise a vaccine against all SARS-like viruses’. This does, however, raise a pointed question: did scientific research, intended to avert a pandemic, instead start one?

Right now we don’t know enough to say one way or the other. But thanks to Viral, we can at least start asking such questions.

Viral: The Search for the Origin of Covid-19, by Alina Chan and Matt Ridley, is published by Fourth Estate. (Order this book here.).