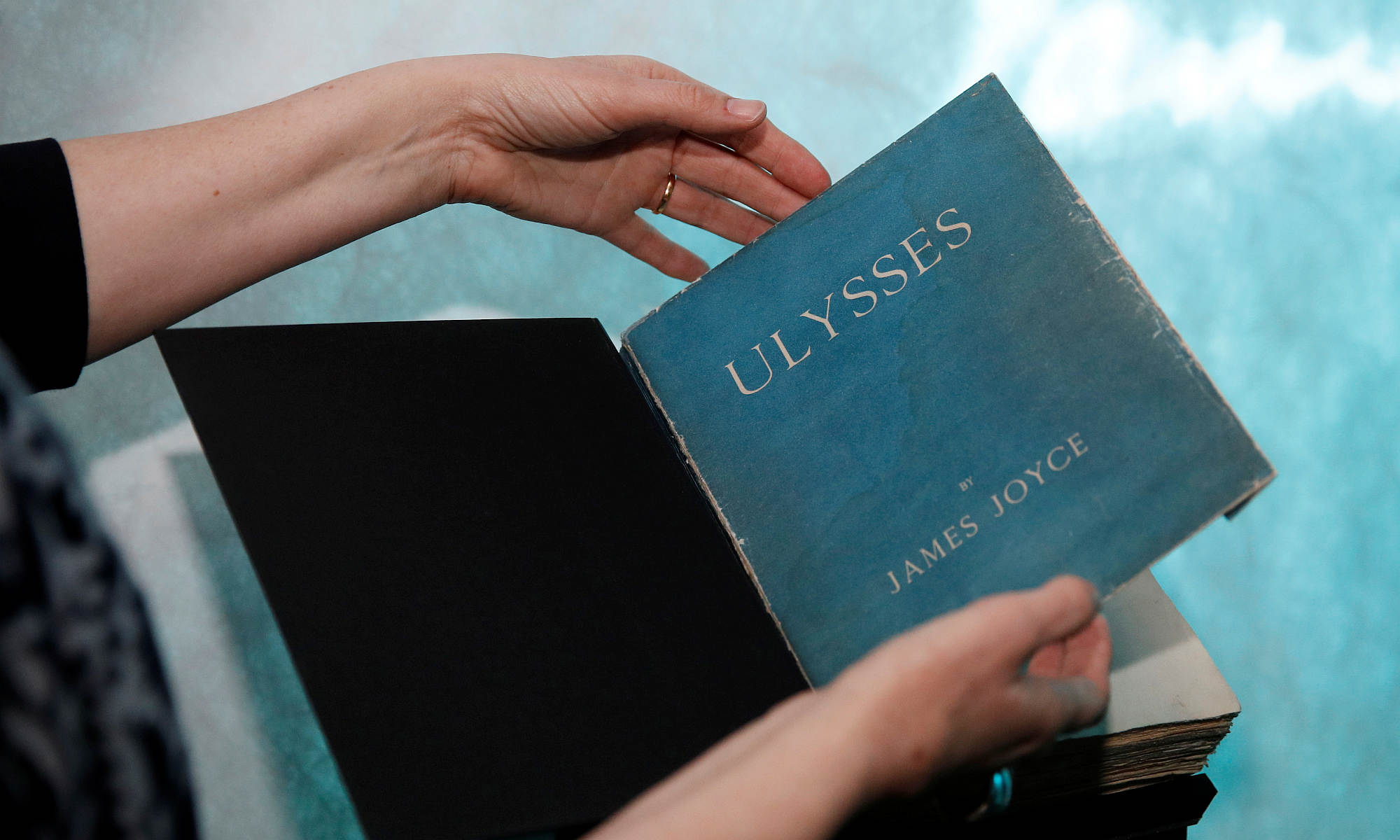 How Ulysses shaped the modern world

100 years on, we still live in the shadow of James Joyce's masterwork.

The early 1920s were a time of great convulsion in European politics, society and culture. Most of it was a consequence of the Great War of 1914-18 that had shattered so spectacularly the certitudes and confidence of the long 19th century that preceded it. The emergence of fascism in Italy heralded a total, and totalitarian, break with sober, refined representative democracy. In art, the emergence of Dadaism laid bare the sense of bewilderment and disillusionment with representational art already challenged by Cubism. The Waste Land by TS Eliot, a dizzy and disorientating work, showed that poetry was forever changed. And 100 years ago, on 2 February 1922, Ulysses by James Joyce was released upon the world. It was a work that exposed and expressed this new era of tumult and transformation.

Ostensibly a tale of a chance encounter between two men who have spent the whole day wandering around Dublin, and set against the backdrop of The Odyssey by Homer, it proved to be a whole lot more than an everyman tale with heroic finery. It signalled a break with the Victorian consensus, by overturning the conventions of the novel – conventions that had embodied the putative rationalism of the European mind, dominant since the age of the Enlightenment. Such was Joyce’s achievement that it was Eliot himself who called him the man who had ‘killed the 19th century’.

The most conspicuous aspect of Ulysses as a whole is the idea of time being repetitive and cyclical. This represented a momentous break with the Victorian mindset. Not only do Ulysses’ two protagonists, the advertising canvasser, Leopold Bloom, and the artist, Stephen Dedalus, seem to have been wandering around Dublin in circles to no purpose. They are also destined to be following in the tracks of an ancient Greek hero. Here Joyce shows his fascination with the idea of ‘eternal recurrence’, the idea that time has no beginning and end, and that we are fated to repeat our lives (or the lives of others) again and again. The theme of ‘eternal recurrence’ was a brief obsession of Friedrich Nietzsche, whose work became cult reading for Europe’s youth in the 1900s (Ulysses is set one day in 1904), and it is no coincidence that Ulysses mentions Nietzsche’s theory of the ‘Ubermensch’ and his book Thus Spake Zarathustra on one single page. Nor is it coincidence that Aristotle, Jesus and Shakespeare are all mentioned in Ulysses, insinuating that we are but embodiments of singular archetypes that keep repeating themselves. As Bloom, in reference to the term metempsychosis, explains to his wife Molly: ‘they call it reincarnation. That we all lived on earth thousands of years ago. They say we have forgotten it. Some say they remember their past lives.’

The notion of eternal recurrence and time repeating itself was a direct affront to the Victorian notion of time being linear. This latter idea had gestated in Christianity, flowered in the Enlightenment and truly blossomed in the Industrial Revolution. By the Victorian and Edwardian age of Empire, time was associated with emancipation, liberation and progress. It indicated measurable, forward movement. Before Joyce, novels reflected this idea of time, with a start, a middle and an end. But not so much here, in Ulysses, and not at all in Joyce’s later work of wild gibberish, Finnegans Wake, which literally ends and begins on a loop.

In writing that individual beings are mere variations of an original, Ulysses also questioned the central Enlightenment tenet of the self-contained and unique individual. More explicitly, and more memorably, through its stream of consciousness and dream scenes, Ulysses throws into profound disarray the idea of the rational individual, in possession of his own thoughts and agency.

Joyce, an inveterate cynic, was no fan of the emergent discipline of, and fashion for, psychoanalysis, promoted by both Jung and Freud – he wrote witheringly in one letter of ‘the Swiss Tweedledum who is not to be confused with the Viennese Tweedledee’. But Ulysses appealed to an intellectual zeitgeist that was fascinated by psychoanalysis. Joyce’s belief in recurring archetypes clearly resonated with Jung’s idea of the universal archetypes present in the mind. If Nietzsche had proclaimed the death of God, Freud had proclaimed nothing less than the death of man as a self-governing being. Beneath our obvious thoughts and actions, Freud drew attention to a maelstrom of ungoverned impulses and emotions. And likewise, Ulysses depicted, with bewildering beauty, the monstrous vortex of the subconsciousness, the wild and tumultuous succession of thoughts that govern our mind. This is why critic Edmund Wilson, in Axel’s Castle (1931), called Joyce ‘the great poet of a new phase of the human consciousness’. 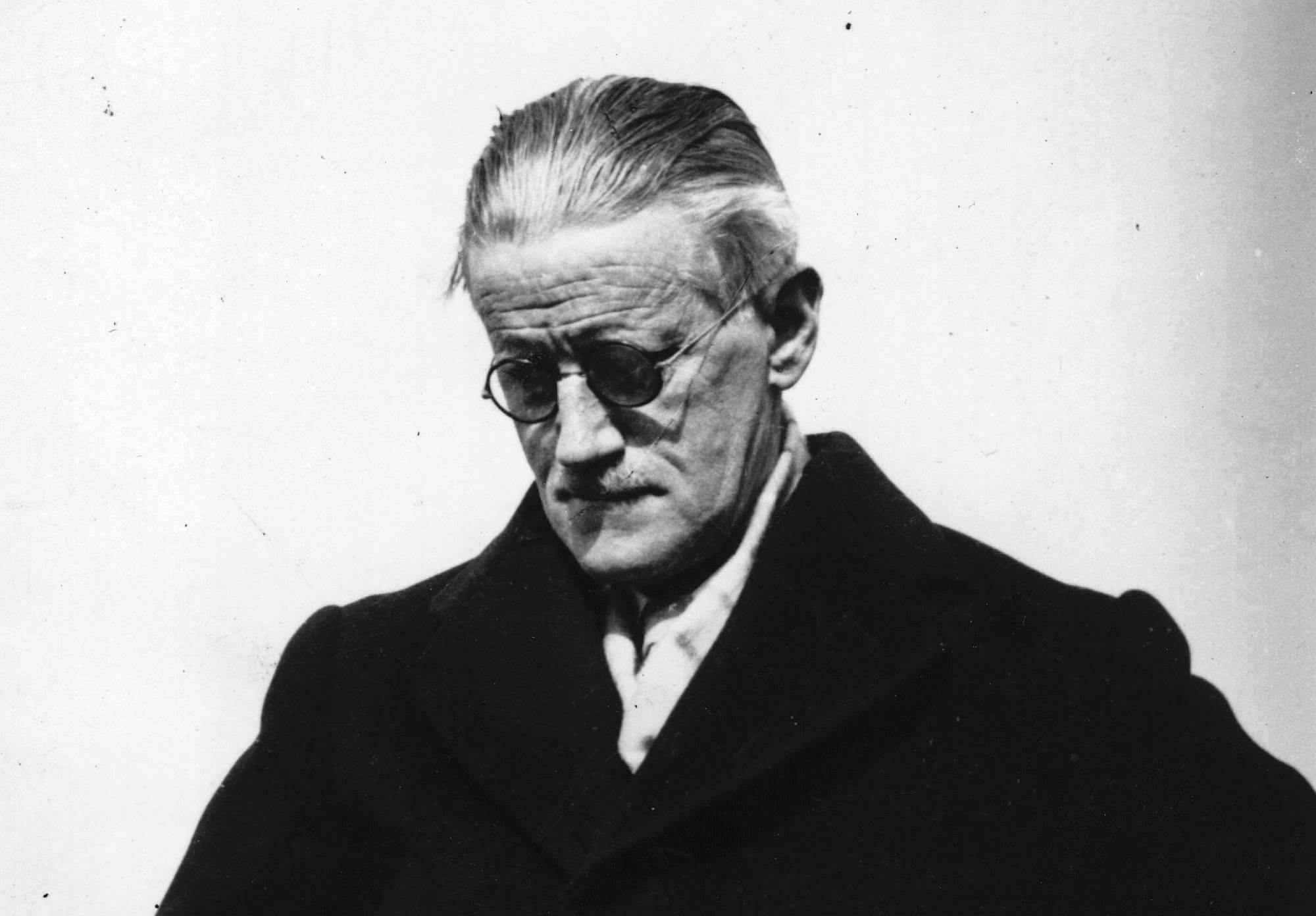 Where Freud had insinuated that ‘our’ thoughts were not our own – as the individual was but an assembly of wild impulses – Joyce explicitly wrote of the foreign nature of what we think. Bloom’s mind reverberates with cliches, blurbs and sentences, unwittingly garnered from newspaper editorials and advertisements. In one episode we have the young Sandymount girl Gerty MacDowell speaking entirely in the language of fashion magazines and local folklore. She is ‘Greekly perfect’ and worries about ‘those discharges she used to get and that tired feeling’. Here, by drawing upon adverts and the language of the popular press, Joyce suggests that even our interior monologues are not our own.

For him, high culture was just as suitable for mockery as low culture. Joyce cast a critical eye on all grand narratives, especially those exalting military victories and tales of valour. In chapter 12 he mocked ‘a historic and a hefty battle when Myler and Percy were scheduled to don the gloves for the purse of 50 sovereigns’. And though he was critical of British imperialism, he was also caustically critical of Irish nationalists, who had been bewitched by the narrative myth of Irish demigod Cú Chulainn, enlisting it to the cause of the Irish nation. The character of The Citizen in Ulysses epitomises the xenophobia and worst aspects of nationalist chauvinism – he even questions the Irishness of Bloom on account of the character being Jewish.

So here, in 1922, James Joyce is knocking down grand narratives and linearity. Here he is abandoning, too, the notion of redemption, a quality so intrinsic to the Victorian novel – and a quality which itself depended on the presence of evil and the possibility of transcending it. But there are no real goodies and baddies in Joyce’s world. To paraphrase Nietzsche, Ulysses did indeed bring us beyond good and evil, to a world of irony in which boundaries were blurred.

He also blurred other dichotomies beloved of the rationalist mind, too. Indeed, Ulysses erased the division between the outside world and the inside one. In streams of consciousness we see the rational mind and the irrational one in a heady dance – the two are almost indistinguishable. The Enlightenment had promised a liberation from the mythical world and its enchantments, and an engagement with the real and the tangible. Ulysses plunged us back into a waking reverie and quagmire.

No wonder it still feels so fresh today.

Ulysses was launched on to a world in crisis. A world in which the intelligentsia was now reading The Decline of the West by Oswald Spengler and was soon to be digesting Civilisation and its Discontents by Freud. A world which was going to be shaken, once again, by the Great Crash of 1929.

Arguably, the Western world has been undergoing its own crisis ever since. There were two brief decades of optimism after the end of the Second World War, before the postwar dream of progress began to unravel. The year 1968 signalled for many the end of any dreams of socialist progress, with the workers and students of Paris unable to agree on a common project, and the Soviet invasion of Czechoslovakia confirming what many had feared after the Soviet invasion of Hungary in 1956 – namely, that the Communist world did not offer a viable or workable alternative to Western capitalism and democracy. Further disillusionment set in with the economic turbulence of the 1970s, and subsequent environmental and nuclear crises continued to undermine belief in science and progress.

The philosophical and artistic movement that was – and is – postmodernism, largely instigated by disillusioned members of the left, arose in tandem with the social condition of postmodernity. Once more, we saw the declared ends of ‘grand narratives’, a belief in objectivity and rationality. There was the death of the author (after Roland Barthes), the end of the rationally stable text (after Jacques Derrida) and once more the death of Man (after Michel Foucault).

Despite all that has happened since, we still live in the shadow of postmodernism. The nebulous subconsciousness of Freud is now more pervasive than ever, with ‘unwitting’ thoughtcrimes that have become actual crimes. Art, as the latest Matrix and Scream films testify, is utterly consumed by self-reference and self-mockery. And most significantly, subjectivism and relativism have become ascendant, with wokeness privileging lived experience, feelings, sentiment and perception over objective reason. Even in the sciences, the theory of evolution is often relegated to a competing story alongside theological creationist ‘discourses’.

Ulysses is many things. But, above all, it is part of the nightmare from which we are still trying to awaken. 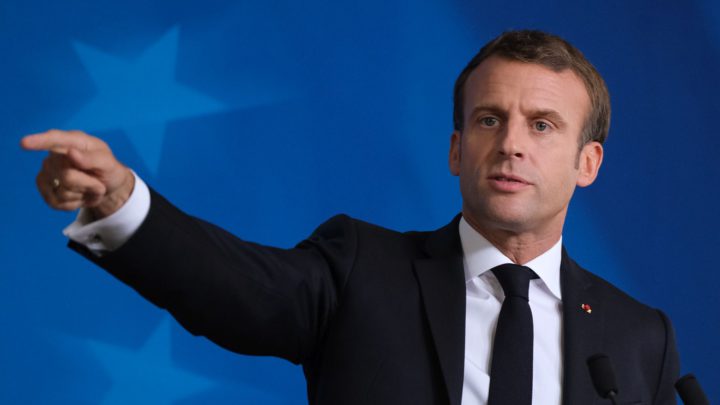 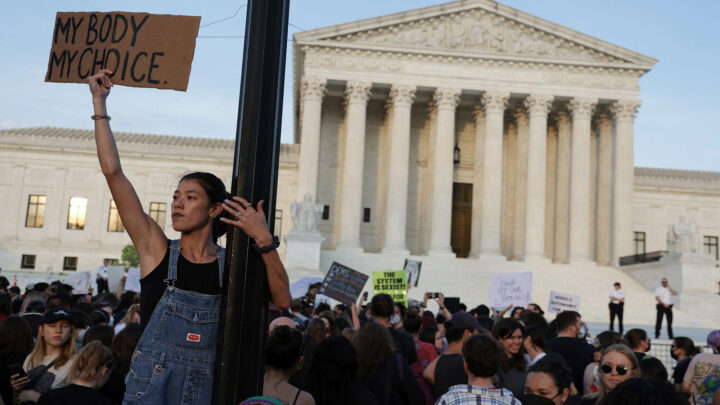 Rescuing women’s rights from the trap of identity politics 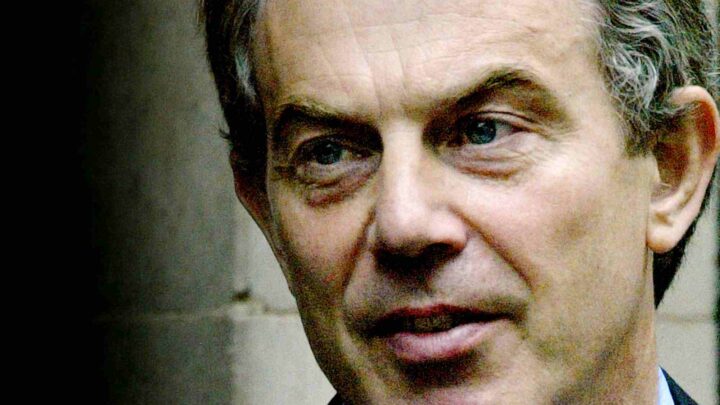 25 years on, we are still living in Blair’s Britain