Western leaders exaggerate his power and misread his motives. 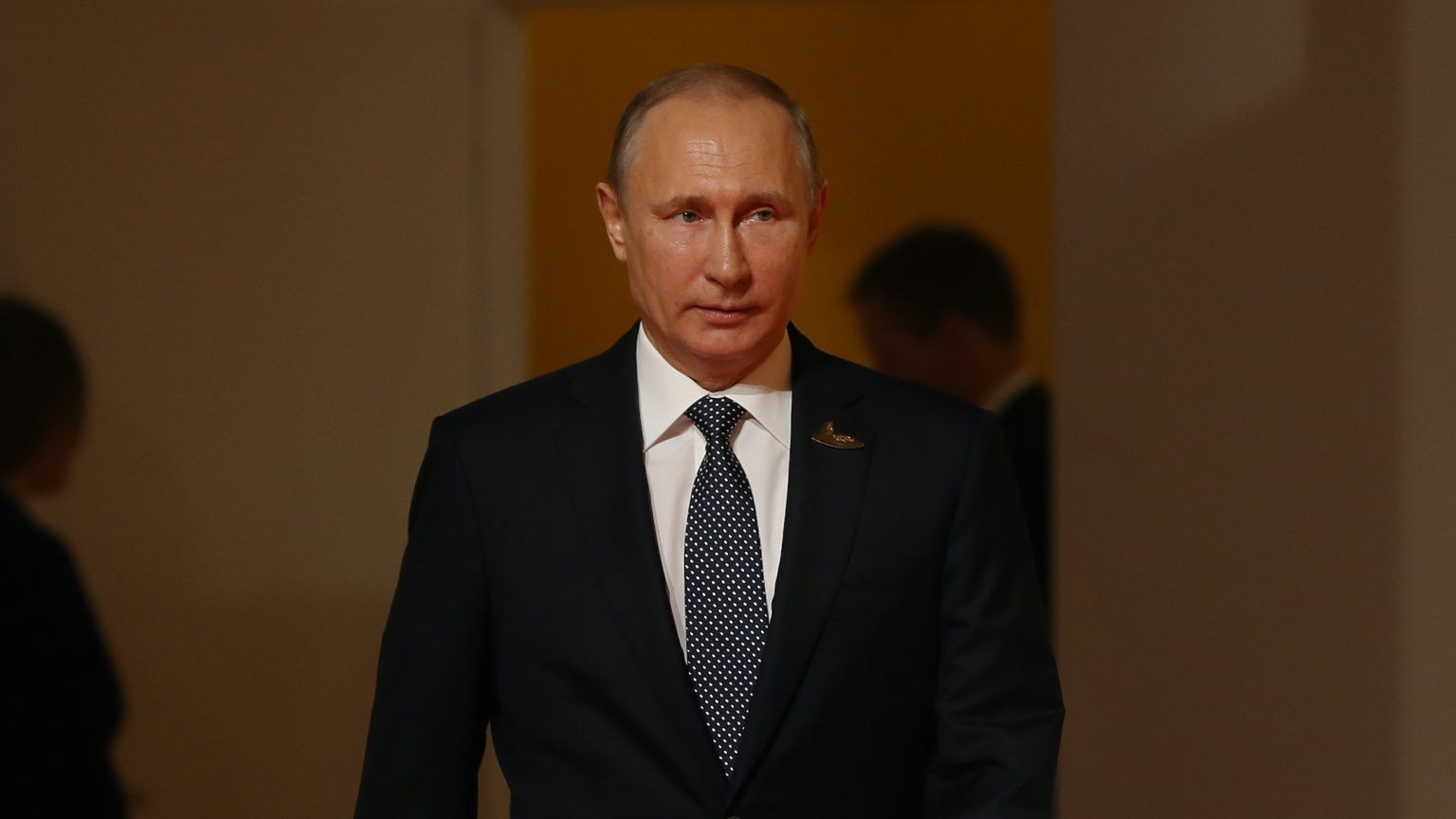 Try this: blazing eyes, malevolent smile, bulging muscles, devil’s tail. Or this, for the narrower cultural context: all-powerful Tsar, empire-builder, tyrant, dictator, a Stalin for today. Or this: once a KGB man, always a KGB man; always spying, always on the other side; implacable, ruthless, James Bond’s eternal enemy.

At least one element in the current Western alarm about an imminent Russian invasion of Ukraine is the mythology that has built up around Vladimir Putin over the 20-plus years that he has wielded power. And note that the very expression I have just used – ‘wielded power’, as opposed to ‘held office’ or even ‘served’ as Russian president and prime minister – is a part of it. Indeed, you will now be hard put to find any depiction of Putin in the Western public domain, from cartoon to news clip, that does not perpetuate one or other aspect of the myth.

Russians, of course, from Putin’s own Kremlin PR operation to those favouring a strong man as leader, have made their contribution. The images of macho-man Putin felling a judo opponent, bare-back riding, taming a tiger, may have been initially designed to counter the small, wimpish Putin (for all that KGB training) that features in photos of his early career, but they have had a lasting effect. Almost everywhere now, Putin is larger than life.

One of the biggest fallacies about Putin is that he enjoys Tsar-like, or dictatorial, power. In the early years of his presidency, Putin spent a great deal of energy trying to build what was called the ‘vertical’ (or pyramid) of power. Essentially, this was an effort to make the levers of top-down power actually work. It failed.

The expression barely features in today’s Russia, and the idea that Putin snaps his fingers in the Kremlin and local leaders and people, from Kaliningrad to Vladivostok, instantly obey is rubbish. Putin has said that one of his greatest frustrations is the difficulty of getting central decisions implemented. This should also give the lie to the idea that 21st-century Russia is governed, as the Soviet Union largely was, by fear. This can be argued only by those with no experience of what life pre-perestroika was really like. Freedoms of speech, assembly and the rest may be deficient in Russia, as may the standards of elections, but Putin’s Russia is not a dictatorship, still less a tyranny.

How about character? Does Putin have a cruel streak? He certainly lacks both the immediate charm of Mikhail Gorbachev and the animal spontaneity of Boris Yeltsin. He also has, obviously, whatever it took to win, and then hold on to, power. But he is not, in my view, a gambler by nature – for all that this is a common Western view. He rather seems to me cautious and calculating, with a long memory for slights, while also knowing the value of a surprise, as when he freed his arch enemy, Mikhail Khodorkovsky, on the eve of the 2014 Sochi Winter Olympics.

Most of all, though, Putin is of his generation. He had a hardscrabble childhood. He is a product half of the Soviet era, half of what came after – which has been a complicated transition for every Russian of his age (pushing 70). At the marathon question-and-answer sessions that have become a trademark, he is quick-witted, highly political and displays an exceptional grasp of the facts.

But it is at the point where character and policy come together that the English-speaking world, to my mind, has so disastrously misunderstood Putin. He does not, repeat not, see his mission as restoring either the Soviet Union or the Russian Empire. The supposed evidence for the contrary is his now infamous remark about the collapse of the USSR being the ‘greatest catastrophe of the 20th century’. This was, firstly, a mistranslation, and, secondly, as he later clarified, not a lament for the loss of territory or power, but a comment on the social collapse that left so many Russians impoverished and unsafe.

What Putin does want is to restore international respect for Russia, for Russia not to be taken for granted, as he believes it was during the 1990s. But isn’t respect what most national leaders want? Another Putin remark might better encapsulate his attitude to the recent past: ‘Anyone who does not regret the passing of the Soviet Union has no heart; anyone who wants it back has no head.’

It is also wrong to see Russia, under his leadership, as an expansionist power. Look at a map. The only territory Russia has gained since he came to power has been Crimea, which was snatched, in my view, as a defensive move. NATO and the EU, on the other hand, have expanded hundreds of kilometres into the former Soviet space. I have no regret for that. But that same advance is bound to look threatening from Moscow, where NATO in particular is viewed (not unreasonably) as a vastly mightier military force than Russia.

Which brings us to Ukraine, one of the last European parts of the former Soviet empire not (yet) to have joined the Western bloc. And, contrary to what much of the West seems to think, Putin and Russia are on record as recognising Ukraine’s status as an independent, sovereign state. Yes, really.

And that essay Putin penned last July, which has been read in the West as a grab for Ukraine – and a reason why Russian troops are now supposedly preparing to invade – says nothing of the sort. ‘One people’ does not mean ‘one country’. The essay is rather an elegy for the relationship that was, expressing the hope that it might one day be restored, but also an acceptance of Ukraine’s independence. A part of a people, he writes, ‘can become aware of itself as a separate nation at a certain moment. How should we treat that? There is only one answer: with respect!’

Paradoxically, perhaps the only recent national leader who seems to have had the measure of Putin is Donald Trump – and look at the trouble that got him into. What Trump understood was that Putin is Russian, and that, as Russia’s leader, he sees his job as standing up for Russia’s interests and national security. The more Putin sees Russia’s security being challenged – as he sees it, in this case, by NATO’s growing role in Ukraine – the more he resists. Russia’s current fear is that Ukraine could be fast-tracked into full membership of NATO, which Putin has set as a Russian ‘red line’. The West can insist as loudly as it likes that NATO is a purely defensive alliance and nothing to fear. But this is not how, post-Serbia, post-Iraq, post-Afghanistan, it appears from the Kremlin.

Now against all this, you may argue that the current apprehension in Russia is a misreading by Moscow of US and NATO intentions, and you could be right. But that misreading has been infinitely exacerbated by the way so many in the West – from politicians to the media to specialists who should know better – have misread, indeed demonised, the character, motives and power of Vladimir Putin. It is beyond time that we cut Putin down to size – not on the battlefield, but in our minds.