The truckers versus Trudeau

The 'freedom convoy' against vaccine mandates shows Canadians won’t give up their freedoms without a fight. 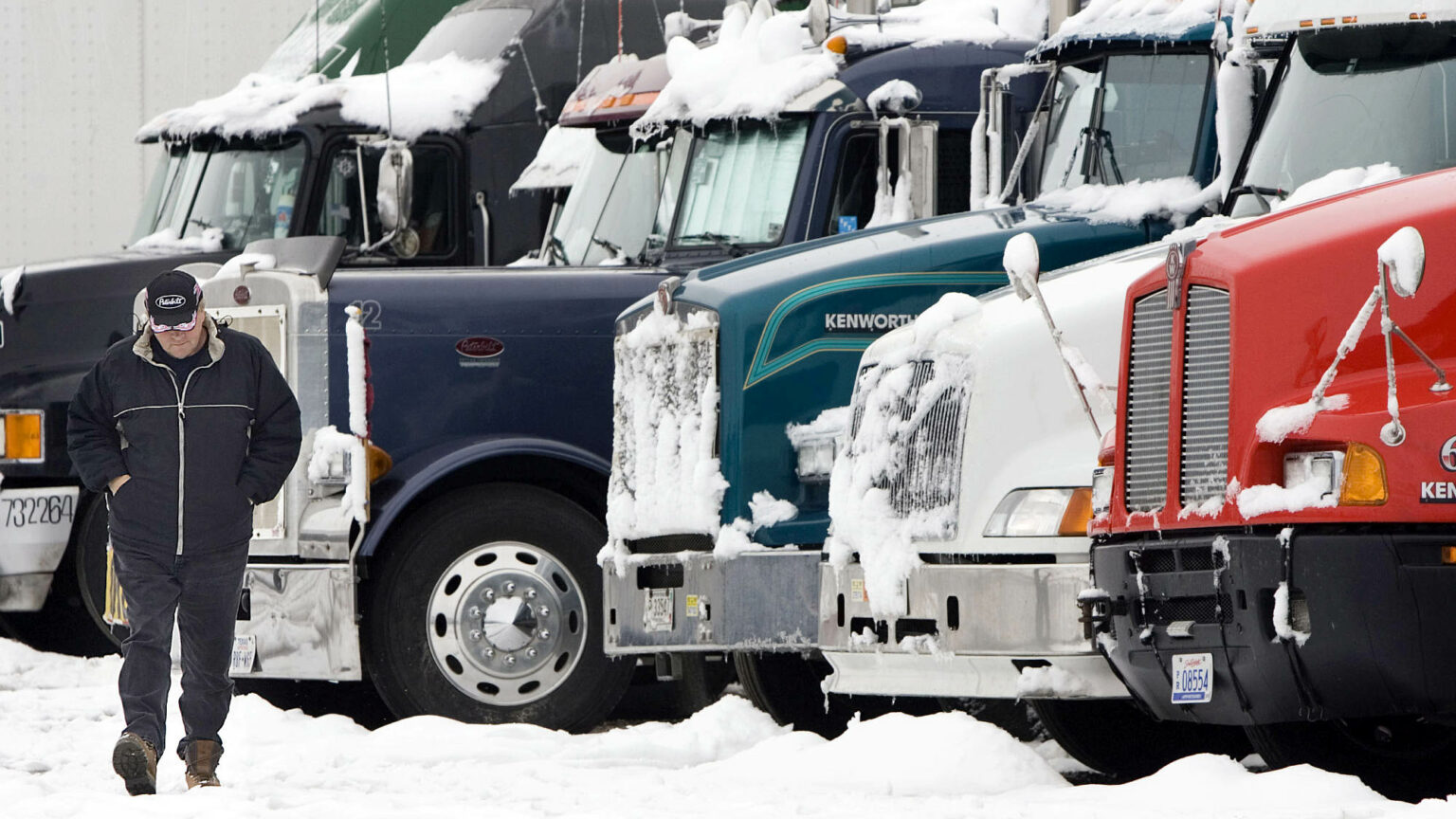 Canadian truckers have driven into the heart of the political debate over Canada’s vaccine mandates.

A 70 kilometre-long ‘freedom convoy’ travelled from Vancouver to the Canadian capital, Ottawa, last week, to protest a vaccine mandate for truckers crossing the US-Canada border. An estimated 10,000 protesters then converged at Parliament Hill in Ottawa over the weekend, and pledged not to leave until the vaccine mandate is revoked. The mandate was implemented by prime minister Justin Trudeau’s Liberal government earlier this month.

Trudeau’s policy threatens the jobs of approximately 10 per cent (12,000) of cross-border truckers, who have not been fully vaccinated. The loss of so many drivers will have serious consequences not just for those who could lose their jobs, but also for the broader supply chain.

There is clearly a lot of support for the truckers’ cause. The ‘freedom convoy’ has been trending on social media and supporters have raised $8million for the truckers via GoFundMe.

Trudeau’s government has responded to the dissenting arguments of the truckers and others by condemning and demonising them. Trudeau said the truckers ‘hold unacceptable views’ and are a ‘small fringe minority’. In this attempt to delegitimise opponents of vaccine mandates, the government has been backed by parts of the media. One cartoon even characterised the truck convoy as fascist.

No doubt there are some unpleasant elements among the protesters. Some have pointed to the presence of far-right and white-nationalist groups. But it is absurd to smear all protesters as fascist, white nationalist, etc. Moreover, Trudeau’s attempt to dismiss the truckers’ opposition to the vaccine mandate as ‘fringe’ does not really hold up given the groundswell of public support for the truckers – as indicated by the unprecedented level of GoFundMe donations.

Not all truckers agree with the protesters. The Canadian Trucking Alliance, for example, has publicly supported the government’s vaccine mandate, and has even condemned the protests because it ‘strongly disapproves of any protests on public roadways, highways and bridges’.

But many others are on the truckers’ side. A group called Canada Unity, which helped organise the protest on Parliament Hill over the weekend, has published a ‘Memorandum of Understanding’, slamming ‘the current unlawful restrictions and discriminatory SARS-CoV-2… mandates’. The memorandum had been signed by 211,779 people.

Since the truckers brought the protest against mandatory vaccinations to the capital, Trudeau is reported to have gone into hiding. He would be wise to follow the lead of Saskatchewan premier Scott Moe, who called for an end to the vaccine mandate and thanked truckers for keeping the economy going during the lockdowns.

Trudeau is in serious trouble. Truckers are tough, resilient folk and they won’t back down without a fight. But this protest is no longer only about the truckers’ freedom to work. It is also about Canada’s slide into Covid authoritarianism. And that ought to concern all Canadians.