The hysteria about ‘right-wing comedy’

The comedy world is apparently terrified by a little diversity of opinion. 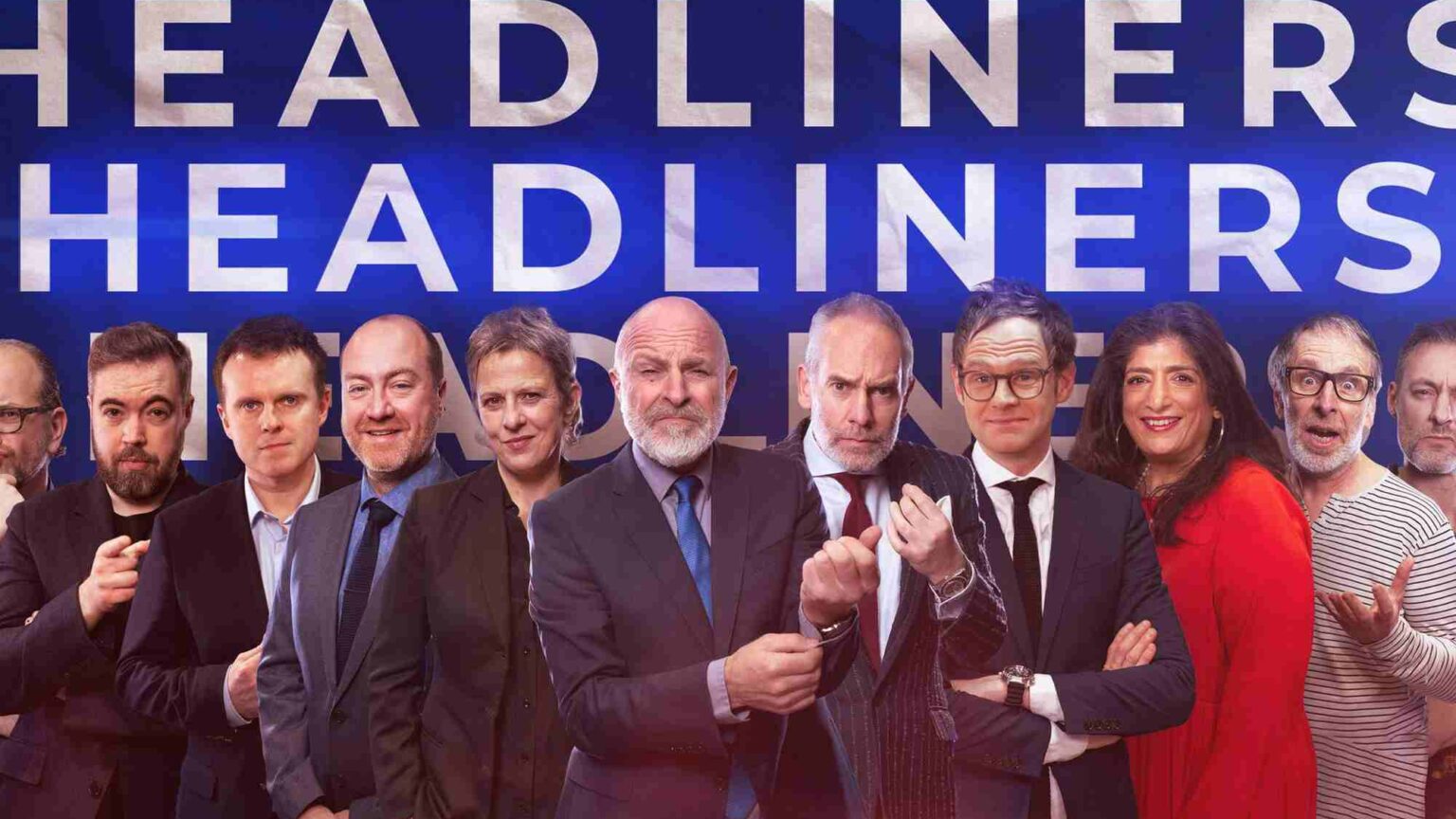 As a regular contributor to spiked, and a comedian often regarded, darkly, as ‘right-wing’, I long ago learned to adopt the creed of Millwall Football Club – ‘No one likes us, we don’t care’.

Still, I must admit that events of last week, concerning my association not with this august organ, but with those relative newcomers to national opprobrium and pariah status among the bien pensant, GB News, left me a little rattled.

A little after 2.00pm on 21 January, the UK’s premier (and very nearly only) comedy-industry website, Chortle, tweeted news of the line-up of comedians who had signed over their souls to GB News, for a chance to review the following day’s papers on a late-night show called Headliners.

As I write, the tweet has 808 replies, to only 202 ‘likes’. This is what is known on Twitter as being ‘ratioed’ – if you get several times more replies than likes, or RTs, then it is fair to assume (unless you actively invited such a response) that the tweet has proved unpopular.

Perhaps even more striking, the tweet had over 700 ‘quote tweets’, which are generally the Twitter equivalent of having your post lashed to the back of a chariot and driven round and round inside the Colosseum to the roars of a hostile crowd.

To put this level of response into perspective, the next Chortle tweet that day – sharing fun news that the cast of Tiswas are to reunite – got no replies and seven likes. The distressing news of comedian Janey Godley’s cancer diagnosis got one reply, and no RTs. That Jon Stewart was to receive the Mark Twain award – nada. And so on. You get the picture.

Being one of the two hosts on this new show, I took an interest in all this – though, in hindsight, I rather wish I hadn’t. One comment that caught my eye, though, was comedian Mitch Benn’s – ‘Oh look, 13 Only-Conservative-Comedian-On-The-Circuits’. This cutting snark plays on the well-known premise among the left that there are a number of grifters out there, comedians who have cynically adopted right-wing views because everyone knows that’s where the big bucks are these days.

On occasion, this charge lands, though there remains I think some confusion about what a ‘right-wing comedian’ is, or does. It is often thought to be something to do with ‘punching down’, to mocking the weak and scorning the oppressed. But the devil as always is in the detail.

It is not always obvious who has the power in any given situation. This stubborn fact is what is often missed in failing to grasp the one-time, vanished appeal of the mother-in-law joke. What is sometimes called right-wing comedy is often simply an attempt to try to dig out some of those rootier, more stubborn potatoes of truth.

But in the case of Headliners, the charge clashes somewhat with the reality – namely that around half of the panellists are life-long Labour supporters, and have been invited to review the news from that perspective. When I suggested his brush was a little broad, Benn explained that while he had no beef with me, personally, GB News is ‘an entirely toxic enterprise; a symptom and an exacerbation of the almost vertical decline in our national discourse since 2016’.

This response, while not entirely addressing the issue I’d raised, is an example of what we do need to overcome, I think, if we are to indeed improve that discourse, regardless of whether it has been as sheer in its decline as Mitch suggests.

GB News stands accused, paradoxically, of two things – one, of being a threat to our democracy, and two, of having no viewers. But whichever of these proves to be closer to the truth, it certainly isn’t to blame for whatever schisms were exposed by the eruptions of populism around the world in 2016.

The Great Realignment, as academic Matthew Goodwin would have it, or the Great Mess, as many others think of it, of which Brexit was the UK’s avatar, and Trump the US’s, happened on the BBC’s watch. GB News was only launched last year, long after Boris Johnson had agreed an 11th-hour deal with the Rump EU, let alone after the decisive 52:48 split.

So if news channels really do make rather than report the weather, it is more likely that the coverage of ITN, Sky News and the BBC was the problem, rather than the twinkle in Andrew Neil’s eye.

GB News was launched to give people a choice. This sort of thing always strikes people who are happy with the current choice, and think it should be good enough for everyone, as divisive.

And that it is seen as ‘a symptom and an exacerbation of the almost vertical decline in our national discourse’ – whether or not such a plunge has in fact been taken – does suggest to me that one half of the country is still somewhat in denial about the degree to which the other half has felt cold shouldered, and held in contempt, especially by the state broadcaster, whom it has no option but to fund.

I personally do not regard the BBC news offering as a dereliction of its duty to neutrality. I think it does a pretty good job, on the whole. And if only as a bulwark against rampant, unfettered US-style commercial TV, the BBC is invaluable.

But the fact is that the culture of the BBC, among its employees, remains overwhelmingly metropolitan, liberal and Remain. You don’t have to believe every word of Robin Aitken’s The Noble Liar to see the truth of that. It is self-reported and self-evident. And not all departments do equally well at concealing it.

I have written before, in the Guardian, about the challenges facing the BBC comedy department when trying to establish balance, please the audience and still keep the banter flowing on their topical panel shows. It is an uphill battle, I get that.

But the determination of Headliners’ producer, Andrew Doyle, by comparison, to assemble as balanced a panel as he has, at least deserves respect, in my view. Instead it is greeted with barking laughter and howls of derision – aimed, largely, at the superficial blandness of the faces on view. This is very telling, but also damaging.

The comedians and fans who decry the lack of ethnic and gender diversity, ignoring the viewpoint diversity, are the exact reason that booking such acts is an uphill battle – because they fear being reviled, by their peers, as ‘scabs’. This may enable those on the purity spiral to feel morally superior to those who do come on and engage in debate. But it surely isn’t putting the brakes on that ‘vertical decline’.

GB News is not the devil incarnate, and nor is it some new variant on the mind virus that many think infected half the country in 2016. If anything, much of it is quite old-fashioned, familiar to anyone who reads a red top, used to watch a Carry On film of a Saturday afternoon, and enjoys a pint in what passes for sunshine outside the pub before the match. I strongly suspect that it is not so much the political orientation, as the vulgarity of the approach, that provokes many of those flinging their poo at their passing wagon.

But for anyone who tries to keep that most precious and rare thing, an open but not empty mind, give Headliners a try, if you are up after 11 – or, for the repeat, before six the next day. You never know, you might be pleasantly surprised, and even enjoy a chortle or two yourself.