Dara Horn's new book exposes the racism no one seems to care about. 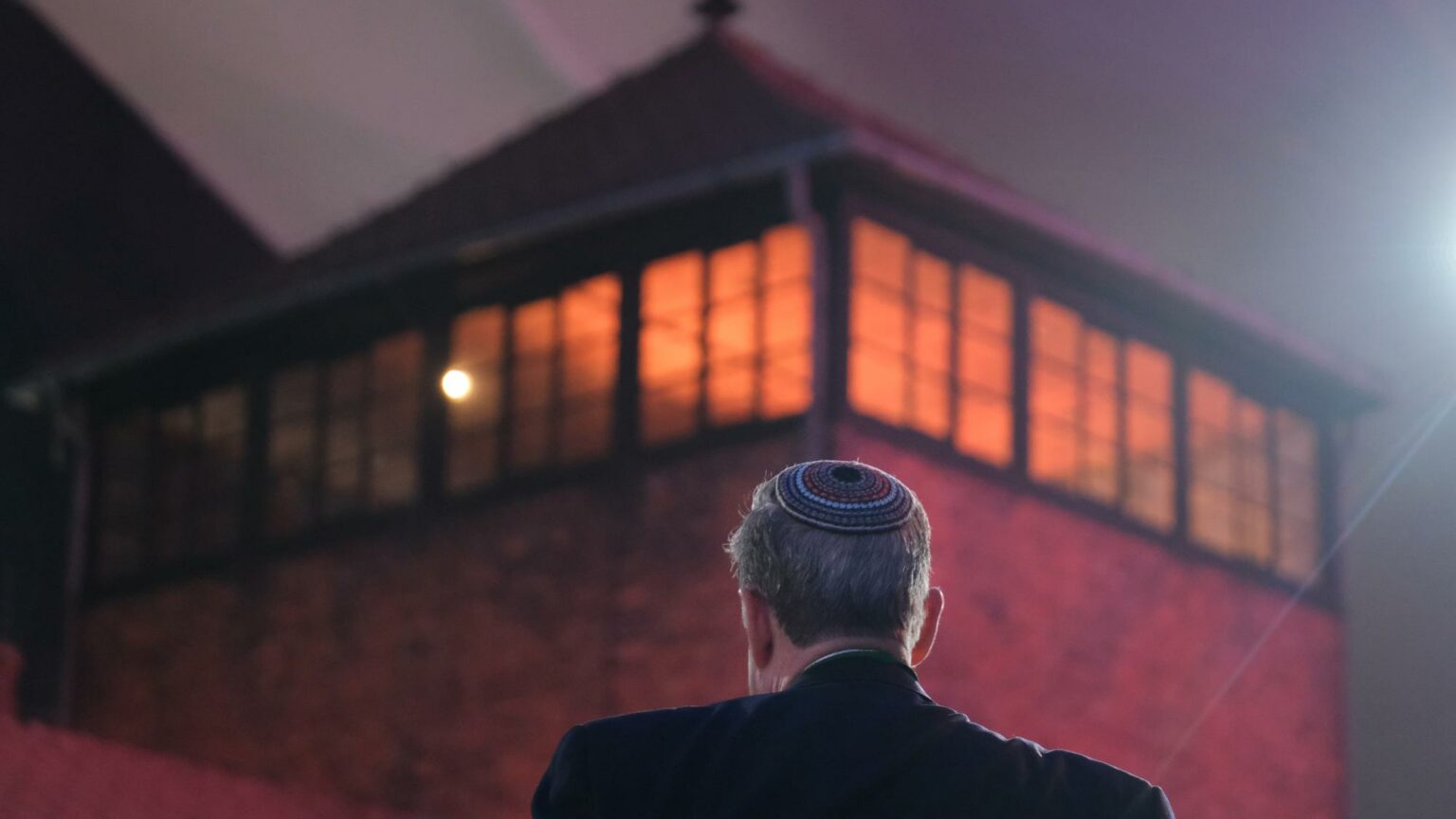 ‘People love dead Jews. Living Jews, not so much.’ This avowedly disturbing observation is the central insight in Dara Horn’s new book, People Love Dead Jews: Reports From a Haunted Present. She points to the huge gulf between the way Holocaust victims are widely feted and the indifference or even hostility often experienced by living Jews.

Horn, a novelist with a Harvard doctorate in Hebrew and Yiddish literature, says she has had ‘the misfortune of discovering the deep vein of normalcy’ that accompanies this hostility towards living Jews, underlying even ‘seemingly good-faith cultural enterprises’. These include Holocaust museums, popular Western depictions of the Holocaust and the elaborate restoration of Jewish historical sites as far away as China. ‘I had mistaken the enormous public interest in past Jewish suffering for a sign of respect for living Jews’, she writes. ‘I was very wrong.’

Much of People Love Dead Jews consists of vivid examples designed to illustrate her case. For example, she points to the Anne Frank House in Amsterdam, the blockbuster museum about the teenage diarist who hid with her family and others from the Nazis for two years. Eventually all but her father were murdered in the Holocaust.

Yet a religious Jewish employee of the museum was told he had to hide his skullcap under a baseball cap to protect the museum’s ‘neutrality’. The museum relented after four months but the fact an expression of Jewishness should have been an issue at all was both ironic and astonishing.

Nor was it a one-off. The Anne Frank House’s audio-visual displays were each illustrated by a national flag to represent the language used. That is with the exception of Hebrew, which was represented only by the language’s name. Eventually it was changed to include the Israeli flag.

Worst of all for Horn is the message drawn from the most widely quoted line from Frank’s diary. ‘I still believe, in spite of everything, that people are truly good at heart.’ Yet, as Horn points out, within three weeks of writing that line she met people who weren’t.

Horn’s interpretation is that the preferred message taken from the diary flatters mainstream society. It provides the millions who are pondering Frank’s legacy with the gift of grace and absolution from a murdered Jew.

Horn finds a similar trend in popular novels on the Holocaust written for a non-Jewish audience. She points, for example, to bestselling works such as The Tattooist of Auschwitz, Sarah’s Key, The Book Thief and The Boy in the Striped Pyjamas. These all feature inspiring stories involving non-Jewish rescuers who risk or sacrifice their own lives to save hapless Jews.

In contrast, she points to classic Jewish fiction on the Holocaust, such as The Tree of Life by Chava Rosenfarb, a survivor of the Lodz ghetto, Auschwitz and Bergen-Belsen. Horn notes that in this Yiddish-language masterpiece, ‘There is no ruminating about God here, no contrived conversations with Nazis that show their humanity, nor even any brave rebellion – at least until the very end. Instead there is confusion, starvation, denial and sheer sadistic horror.’

Horn’s considerable talents make People Love Dead Jews compelling. Her immersion in Hebrew and Yiddish literature help her to see what is one-sided in the mainstream discussion of the Holocaust. She is aided in this by a gift for shrewd social observation and, as a novelist, her prose is particularly lucid.

What she lacks is the ability, or perhaps simply the stomach, to draw out the political consequences of her sharp observations. Above all, she misses the extent to which the legacy of the Holocaust has been widely instrumentalised across Western societies since the 1970s. Politicians and others now effectively use it to further their own contemporary ends.

For example, the spectre of ‘another Holocaust’ has been used to justify Western military intervention abroad. So in the excruciating documentary on The Magic of the Diary of Anne Frank, a former NATO supreme commander, Wesley Clark, used his reading of the diary as a child to justify the 78-day bombing campaign and ground invasion of the former Yugoslavia in 1999.

The memory of the Holocaust has also been used as grounds for a wide range of other types of measures, too. In Germany, for example, Felix Klein, the federal government commissioner for Jewish life in Germany and the fight against anti-Semitism, has used remembrance of the Holocaust to call for laws against hate speech on the internet. No doubt such speech is typically vile, but giving the authorities the power to censor debate is dangerous territory. And using the memory of dead Jews to justify it is even more problematic.

A fundamentally different but equally wrong-headed example is the misuse of Anne Frank’s life in schools. For instance, it is often used to promote anti-bullying campaigns. But, however badly a child is being bullied, it is not comparable to Anne Frank’s experience. She was living in a Europe where the Nazi regime was systematically murdering many millions of people. Making such comparisons trivialises the Holocaust and does little to explain bullying. It is a travesty of history to view Anne Frank’s plight as comparable to that of even the most picked-on teenager today.

The instrumentalisation of the Holocaust relies on presenting murdered Jews as abstract victims shorn of their specific human qualities. That way it becomes possible for those in completely different situations to ‘relate’ to them. From such a flawed premise it is possible to harness the memory of the Holocaust for current purposes.

But the victims of the Holocaust were flesh and blood individuals. Many were no doubt religious. Many others were Zionists or supporters of other forms of nationalism. It is a travesty to remember them as if they were empty vessels, to be filled with contemporary concerns and prejudices.

People should learn about the Holocaust as one of the most tragic episodes in human history. However, its exploitation for contemporary ends should stop. Remembering the victims in this way once again strips them of their individual humanity. It happened when they were alive, and now it is being done again, albeit often with the best of intentions, in their death. It is high time they were left to rest in peace.