A British university has attached a content warning to Orwell’s novel. RIP satire. 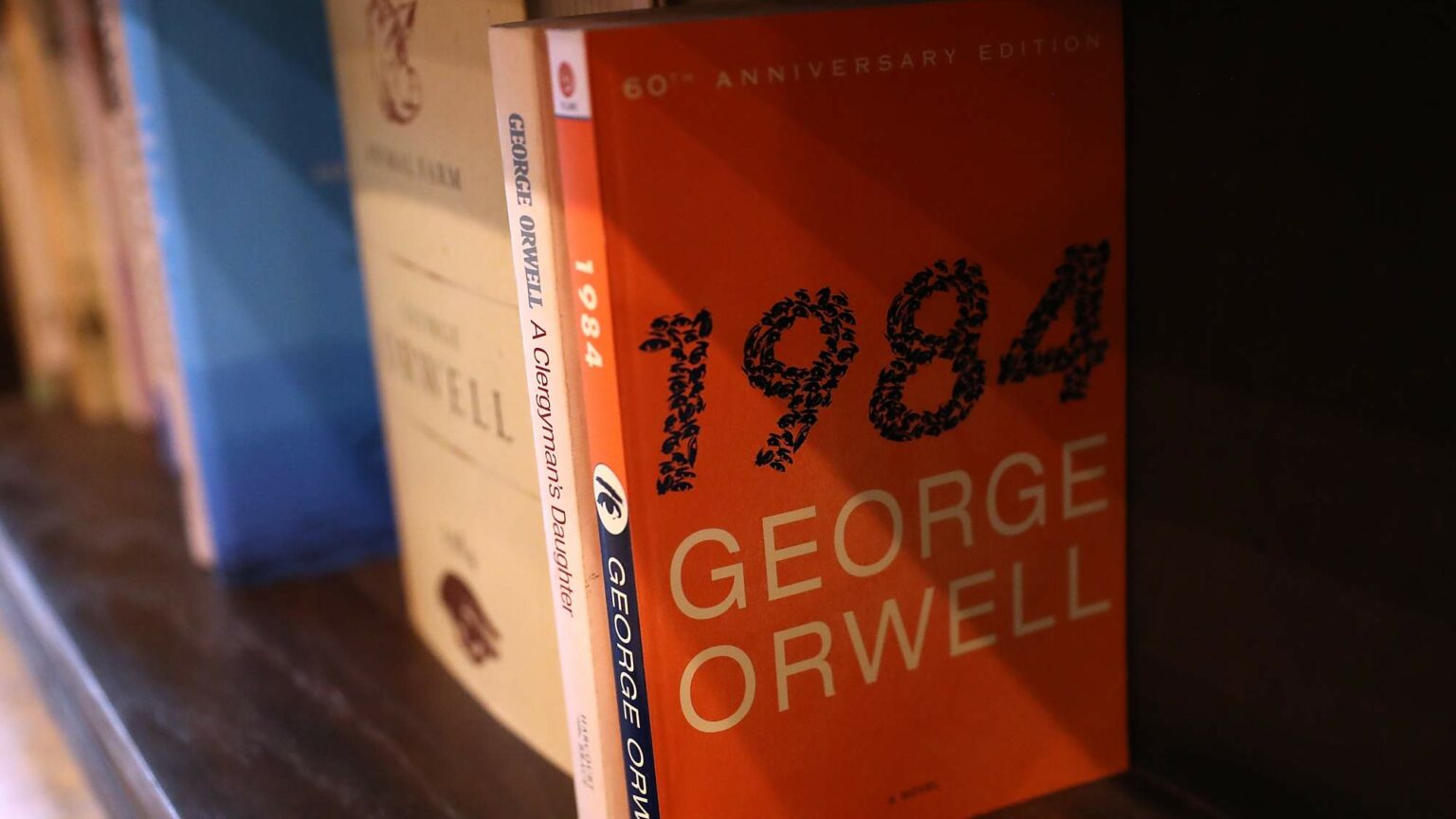 I suppose it was only a matter of time before the woke mob came for Nineteen Eighty-Four. A novel that suggests it is a very bad thing to censor inconvenient opinions, to memory-hole problematic culture, to treat alternative ways of thinking as a species of mental illness, and to engage in orgies of spittle-flecked hatred against those deemed to be the enemies of correct thought? Yeah, there was no way the social-justice warriors of the 21st century, so hooked on Twittermobbing wrongthinkers and erasing historical monuments, were going to leave alone such an offensive book. How dare this Mr Orwell besmirch our political tactics?!

Yes, woke hysteria has now reached such a crescendo that even the 20th century’s most famous warning about tyranny is falling victim to its tyrannous habits. RIP satire, you had a good innings. Orwell’s classic book has been slapped with a trigger warning at the University of Northampton. Students are warned that it contains ‘explicit material’ that they might find ‘offensive and upsetting’. These are adults we’re talking about, by the way. People over the age of majority being told by university officials that a novel about the dangerous, dehumanising consequences of censorship might offend them… we’re only three weeks into 2022 and already we have the most 2022 story we’re likely to get.

To be fair, it isn’t only the soothsayer of modern authoritarianism whose work has been soiled with a trigger warning on the Northampton course ‘Identity Under Construction’. The course overlords have also seen fit to put the literary equivalent of yellow tape around Beckett’s Endgame, which apparently might also cause offence and upset. Students are warned that Mark Haddon’s turbo-popular novel The Curious Incident of the Dog in the Night-Time includes ‘ableism’, ‘offensive language’ and the ‘death of an animal’. Spoiler, much? Even that doyenne of chick lit for posh millennials – Sally Rooney – does not escape the neurotic attentions of the Northampton bureaucrats. Students are solemnly informed that her novel Normal People broaches ‘gender, sexuality, abuse, violence, self-harm, suicide’. Don’t all novels these days?

But there is something deliciously and ridiculously 21st-century about a warning being attached to Nineteen Eighty-Four in particular. Trigger warnings have been stinking up woke campuses for years. Even Charlotte bloody Bronte comes with a trigger warning now – you might find Jane Eyre ‘distressing’, Salford University tells its charges. Students at Cambridge University are warned that some Shakespeare plays contain ‘discussions of sexual violence’. University College London slapped a trigger warning on its course ‘Archaeology of Modern Conflicts’, warning students that they might see images of bones and bodies and other ‘distressing’ things. Bones in an archaeology course? Well, I never. I really hope these students never see the final scene in Raiders of the Lost Ark.

But Orwell? Nineteen Eighty-Four? This story in which our conflicted and, hell, problematic hero Winston Smith bristles against a regime that thinks nothing of erasing old news stories and books that no longer sit well with the Party and which violently discourages people from engaging with disagreeable, oppositional thought (wrongthink)? It’s just too much. A society that attaches a warning essentially saying ‘BEWARE OF THIS TEXT’ to arguably the most famous novel ever written about censorship and tyranny is a society that is completely lacking in self-awareness and which shares, at least partly, Big Brother’s distrust of the masses and of the intellectual shenanigans they’re likely to get up to if they encounter difficult or dissenting books and ideas.

It is also a society that needs to read Nineteen Eighty-Four all over again. Of course Orwell’s novel remains incredibly popular. But here’s the funny thing: lots of youthful woke types read it in the belief that it’s a prophecy of the deranged, right-wing, white-supremacy bullshit they believe they are living under, not realising that it’s a far more searing indictment of their own political predilections and behaviours. I couldn’t help laughing when sales of Nineteen Eighty-Four sky-rocketed following the inauguration of Donald Trump in 2017. You could just picture the right-on anti-Trump set getting about halfway through the novel and thinking to themselves: ‘Hold on – is this thing about us?’

Eagle-eyed woke folk will have recognised their penchant for viciously Twittermobbing anyone who steps outside of ‘correct thought’ on race, gender and sexuality in the Two Minutes Hate against enemies of the state that Big Brother’s fanboys engage in. They’ll have had pangs of self-realisation as they read about Newspeak, too, the Party’s creation of shrivelled, minimalist new words that the masses are cajoled to accept – a bit like the pronoun frenzy, no, where we are instructed to say they, them, ze, zir etc, and to use chestfeeder instead of breastfeeder and uterus-haver rather than woman? They’ll have balked as they read about the Junior Spies who keep an eye on adults to make sure they aren’t thinking and speaking in the ‘wrong way’ – I mean, isn’t that contemporary millennial politics summed up? And when torturer O’Brien tells Smith that he intends to ‘cure’ him of his incorrect thoughts, and make him accept that two plus two does equal five, surely the honest SJW reader will have thought to himself: ‘Shit, I do that, all the time, when I Twittermob people until they publicly declare that, yes, a man can be a woman…’

If there must be a trigger warning on Nineteen Eighty-Four – and really, there mustn’t be – then perhaps it should say: ‘Warning, woke student: you’ll recognise yourself in these pages.’ Trigger warnings are such a slippery form of censorship, in that they don’t outright ban books but they do shroud them in suspicion; they treat them as dangerous objects; they tell readers, ‘Watch out – this book might hurt you’. They don’t forbid reading, but they discourage it, on the basis that your self-esteem is so fragile and so precious that it is intolerable even for the poetry of Shakespeare or the prose of Orwell to do anything whatsoever to bruise or prick it. It is philistinism on stilts, and when applied to Nineteen Eighty-Four it is positively harmful, too. For I can think of no better book for censorious, mob-happy, Newspeaking youths to read than this one.